18 Top Pat Sajak Quotes That Will Brighten Your Day

Pat Sajak is a well-known American game show host and television personality. He is renowned for hosting âWheel of Fortune.â He earned nineteen nominations for the âDaytime Emmy Awardâ for the same, winning thrice. During âVietnam Warâ he served in the âU.S Armyâ as a disc jockey for âAmerican Forces Vietnam Network.â Read through our compilation of quotes by Pat Sajak, which have been taken from his interviews, shows, tweets, etc. You can find Pat Sajakâs quotes on television, fortune, ideas, political, party, belief, differences, Hollywood, drug, world, prize, reality, country, voters, race, influence, fear, speech, etc. 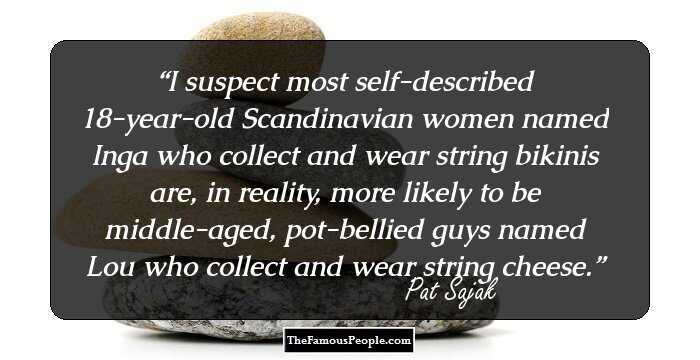 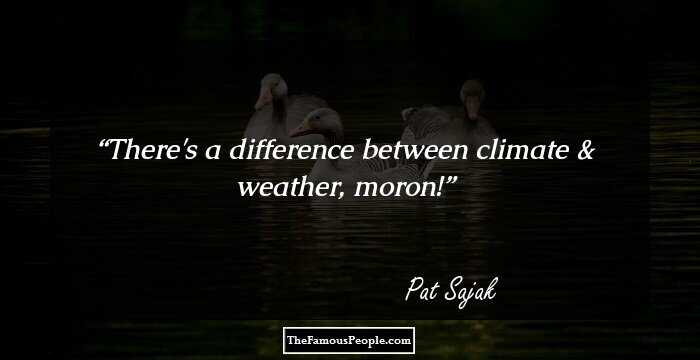 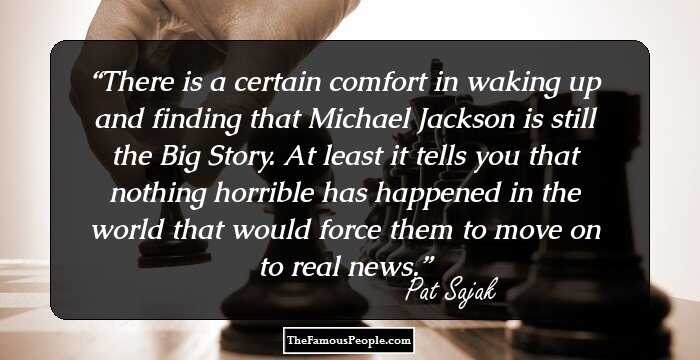 There is a certain comfort in waking up and finding that Michael Jackson is still the Big Story. At least it tells you that nothing horrible has happened in the world that would force them to move on to real news. 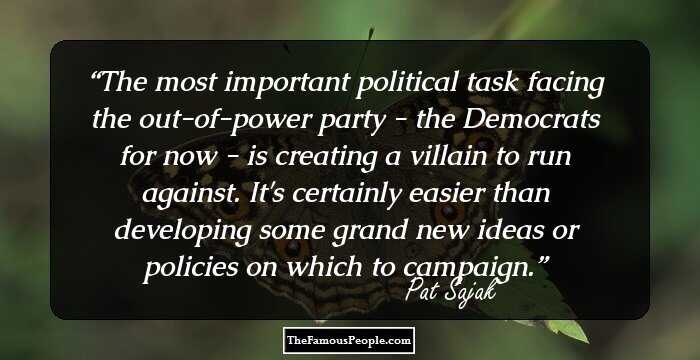 The most important political task facing the out-of-power party - the Democrats for now - is creating a villain to run against. It's certainly easier than developing some grand new ideas or policies on which to campaign. 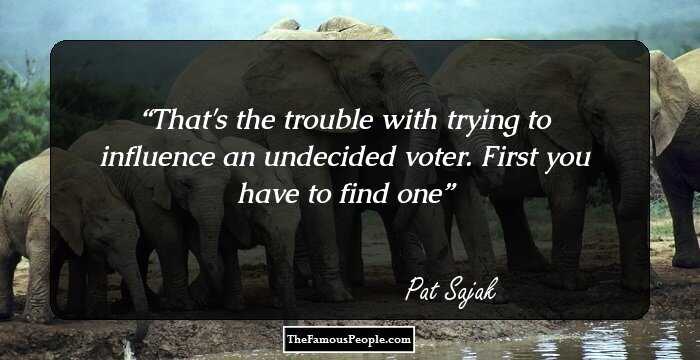 That's the trouble with trying to influence an undecided voter. First you have to find one 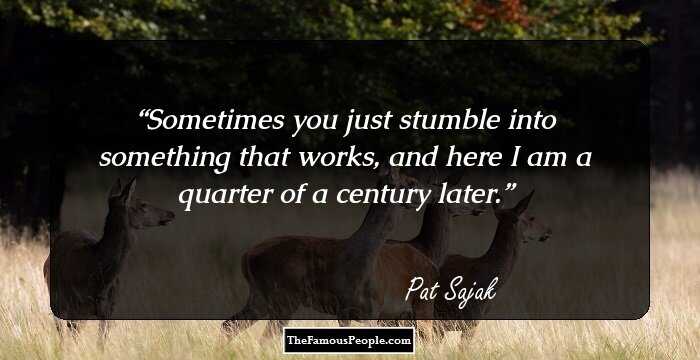 Sometimes you just stumble into something that works, and here I am a quarter of a century later. 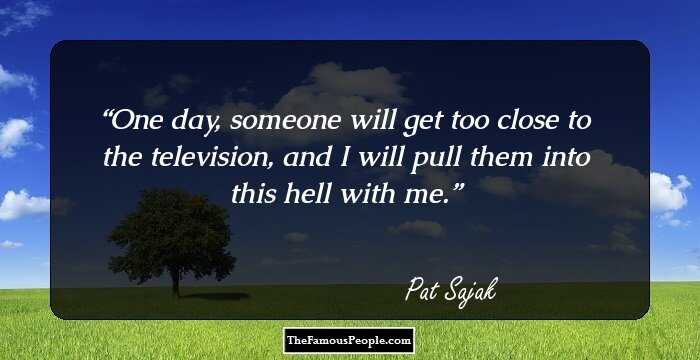 One day, someone will get too close to the television, and I will pull them into this hell with me. 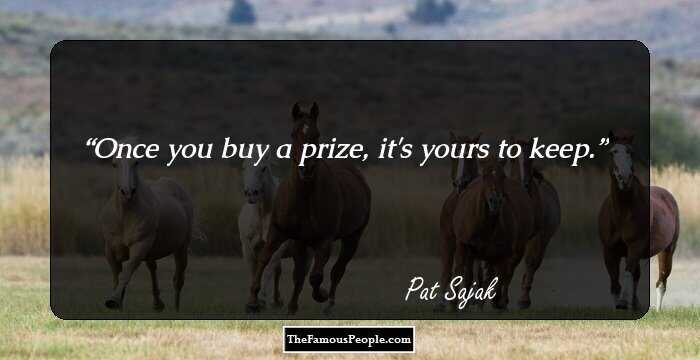 Once you buy a prize, it's yours to keep. 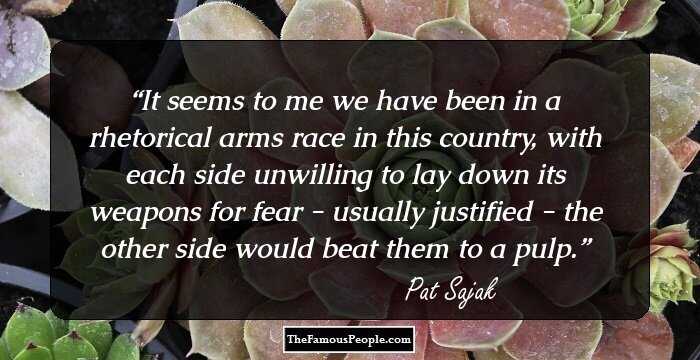 It seems to me we have been in a rhetorical arms race in this country, with each side unwilling to lay down its weapons for fear - usually justified - the other side would beat them to a pulp. 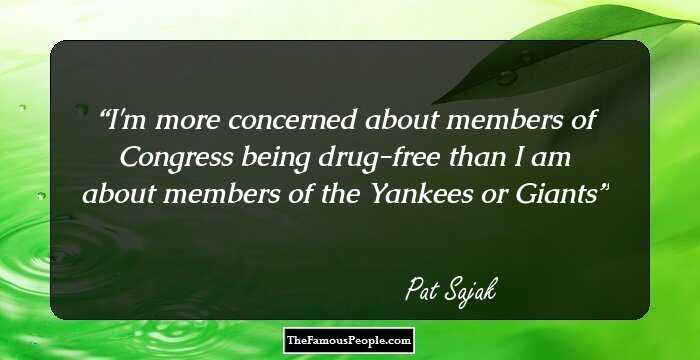 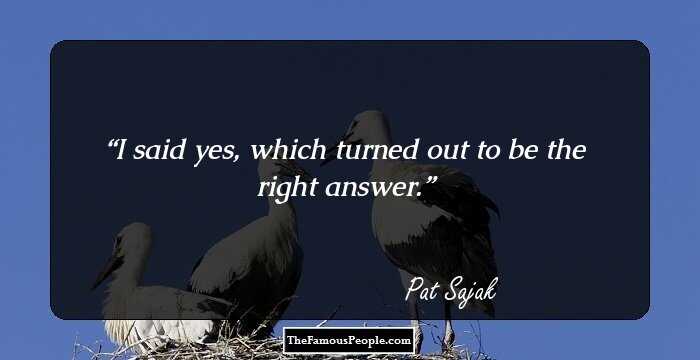 I said yes, which turned out to be the right answer. 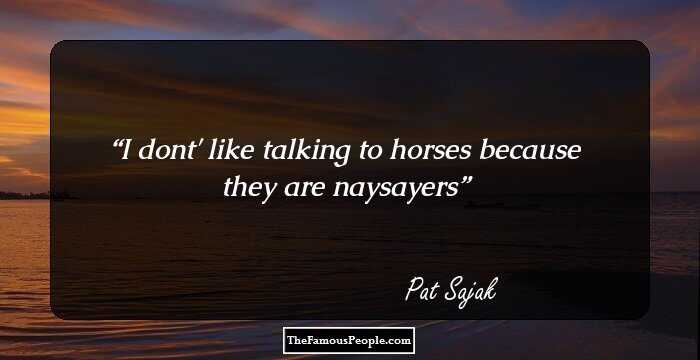 I dont' like talking to horses because they are naysayers 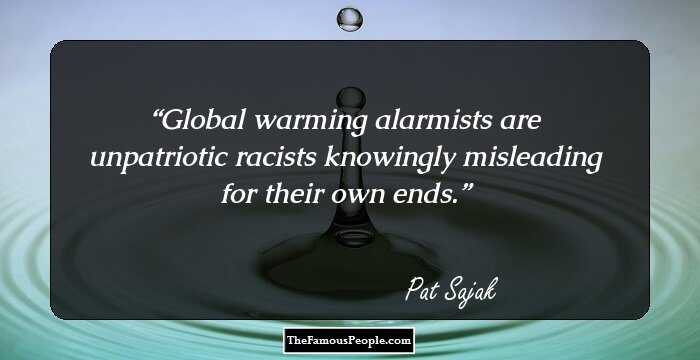 Global warming alarmists are unpatriotic racists knowingly misleading for their own ends. 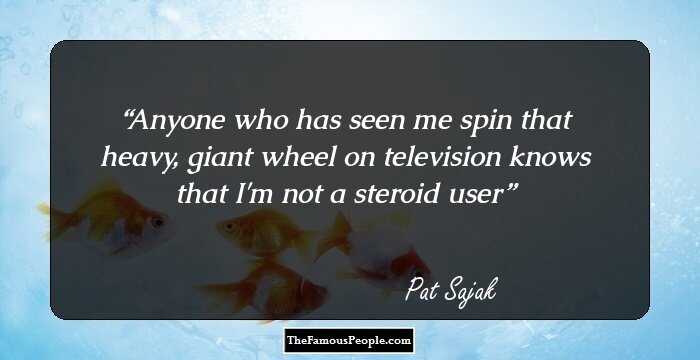 Anyone who has seen me spin that heavy, giant wheel on television knows that I'm not a steroid user

Being a conservative in Hollywood is like walking into a shooting range with a bull's-eye attached to your body. There are more of us than you would believe, but if you want to keep working, you feel like you have to keep quiet.

I wouldn't be surprised to learn that Clinton cost John Kerry more votes than he gained for him whenever they appeared together. Imagine being part of a crowd enraptured by the presence of Bill Clinton, and then having to listen to a speech by John Kerry!

If any group of citizens is uniquely unqualified to tell someone else how to vote, it's those of us who live in the sheltered, privileged arena of celebrity hood......Trust me, one's view of the world isn't any clearer from the back seat of a limo. 43 Top David Letterman Quotes That Are A Joy To Behold