Pablo Casals was a Spanish musician considered as a legend and the greatest cellist of the 20th century. He was a gifted musician and mastered multiple instruments at an early age of eleven. He got attracted to Cello and was determined to make a career out of it. He received a formal training at a renowned music school, which helped him play at some informal concerts and deliver his first solo performance in Barcelona. Once he completed his graduation, he served the music school as a chairperson of the teaching staff. He went on to become the principle cellist at an orchestra of the âBarcelonaâs Open Houseâ. He further traveled to perform at various international concerts and gained popularity as an international musician. He performed for various renowned people including Queen Victoria and the U.S President Theodore Roosevelt. He also formed the âPau Casals Orchestraâ which gave various hits. Pablo Casals
was invited to perform at many famous music festivals including the âPrades Festivalâ. His significant contributions as a musician brought him many awards including the âCharles E. Lutton Man of Music Awardâ. Here is a collection of sayings and quotations by the legendary musician which will surely win your heart. Read on the compilation of thoughts and quotes by Pablo Casals on abilities, gifts, services, talent, leadership, humanity and artistry. 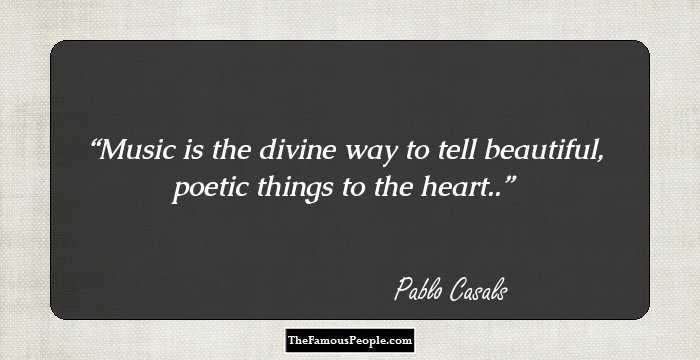 Music is the divine way to tell beautiful, poetic things to the heart.. 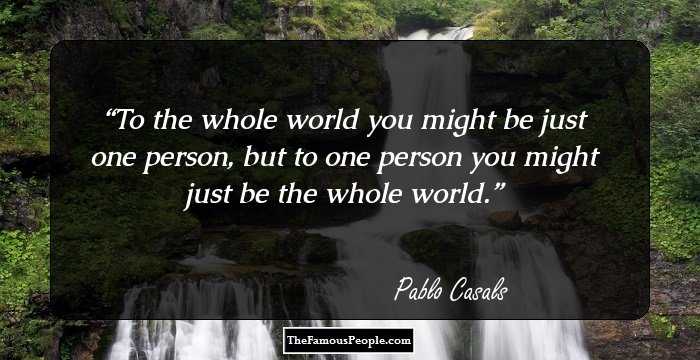 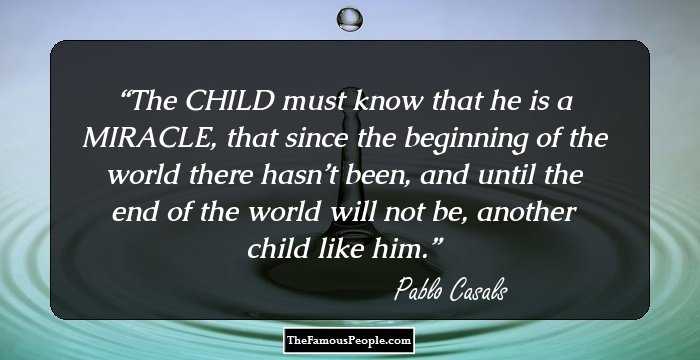 The CHILD must know that he is a MIRACLE, that since the beginning of the world there hasn’t been, and until the end of the world will not be, another child like him. 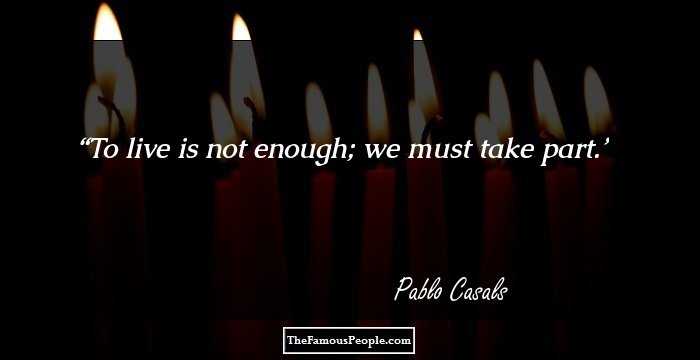 To live is not enough; we must take part. 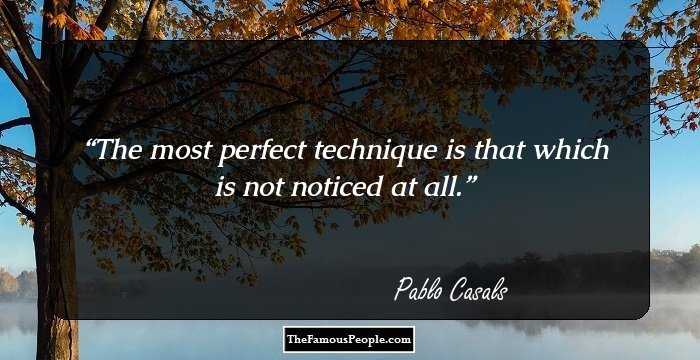 The most perfect technique is that which is not noticed at all. 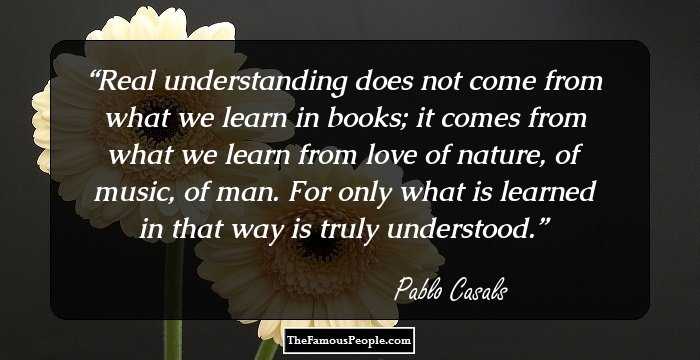 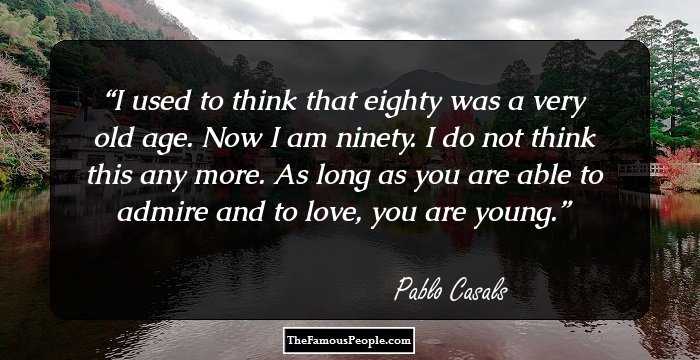 I used to think that eighty was a very old age. Now I am ninety. I do not think this any more. As long as you are able to admire and to love, you are young. 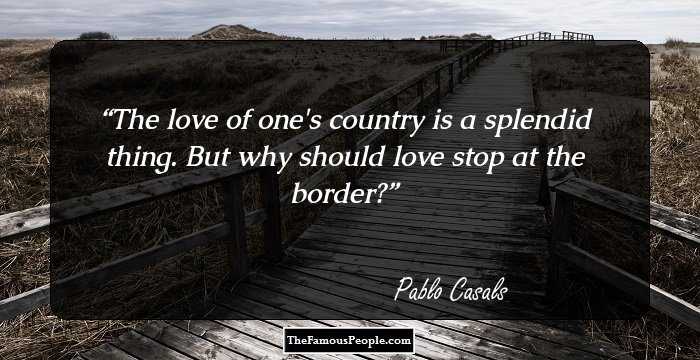 The love of one's country is a splendid thing. But why should love stop at the border? 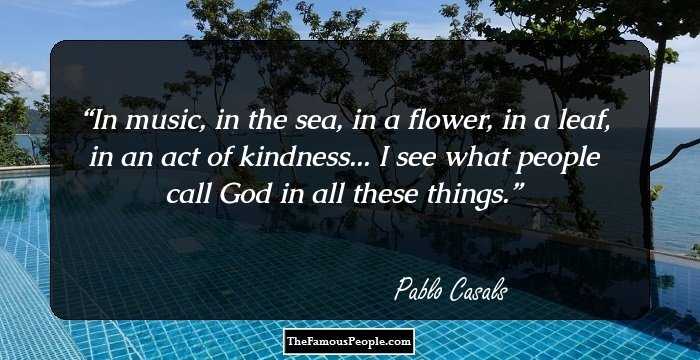 In music, in the sea, in a flower, in a leaf, in an act of kindness... I see what people call God in all these things. 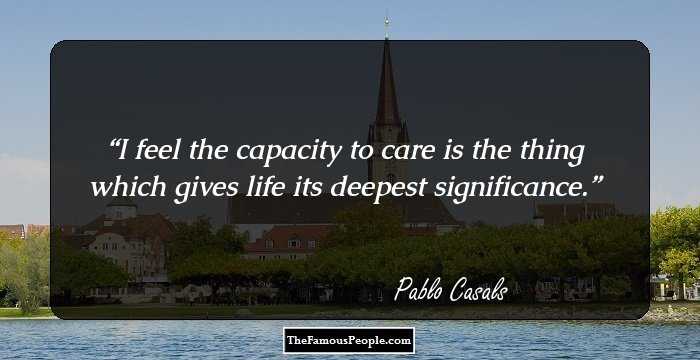 I feel the capacity to care is the thing which gives life its deepest significance. 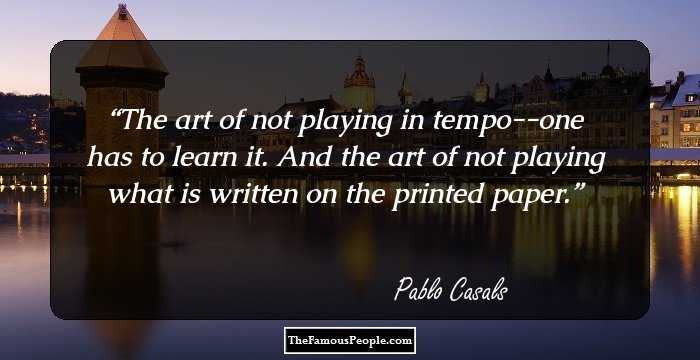 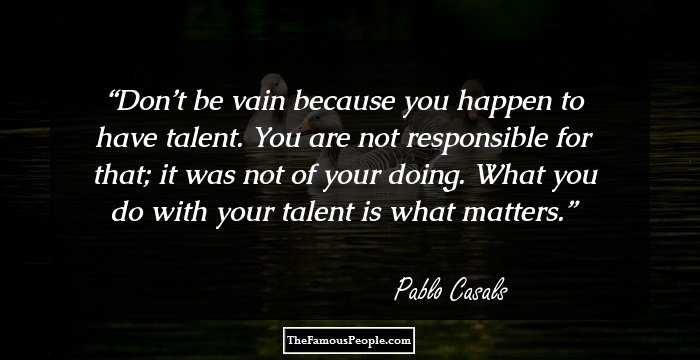 Don’t be vain because you happen to have talent. You are not responsible for that; it was not of your doing. What you do with your talent is what matters. 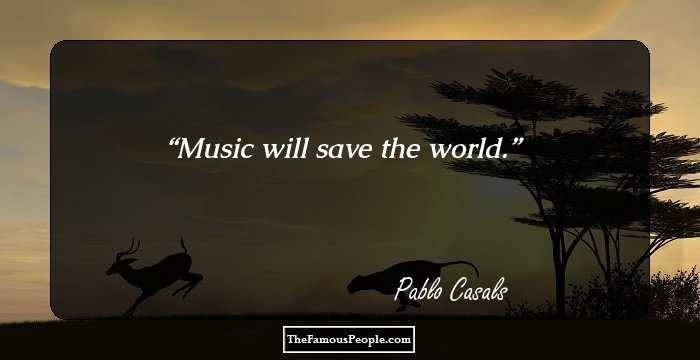 Music will save the world. 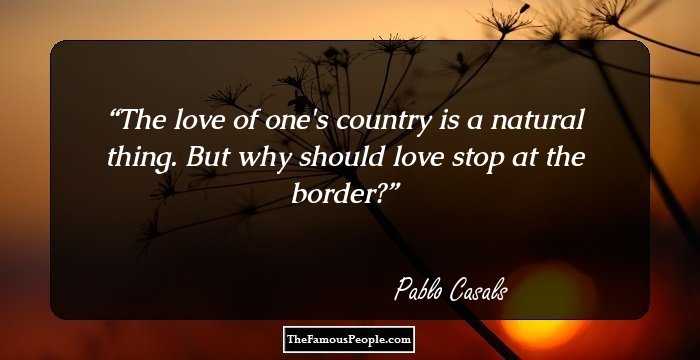 The love of one's country is a natural thing. But why should love stop at the border? 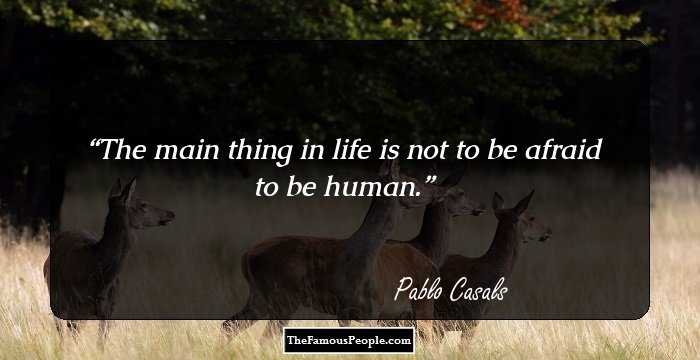 The main thing in life is not to be afraid to be human. 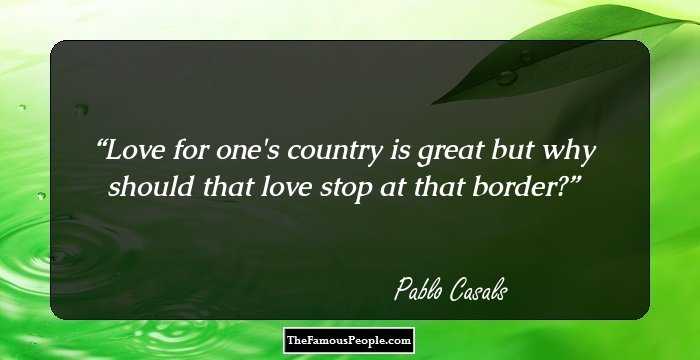 Love for one's country is great but why should that love stop at that border? 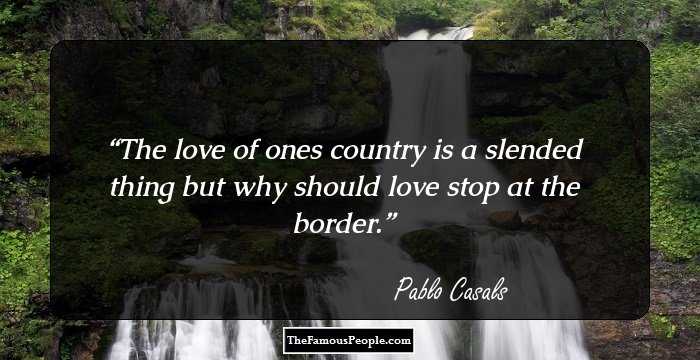 The love of ones country is a slended thing but why should love stop at the border. 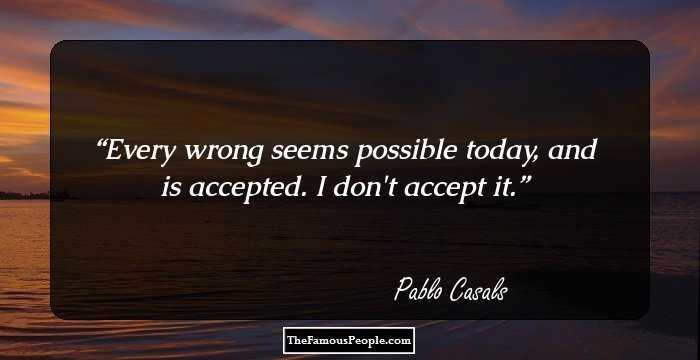 Every wrong seems possible today, and is accepted. I don't accept it. 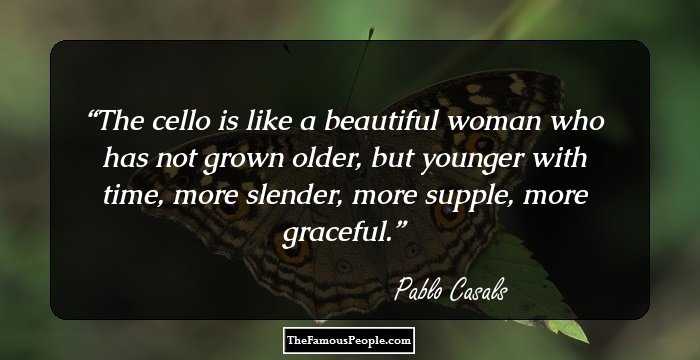 The cello is like a beautiful woman who has not grown older, but younger with time, more slender, more supple, more graceful.