26 Top Origen Quotes That Hold A World Of Wisdom

Famous As: Christian Scholar, Ascetic and Theologian
Born On: 185 AD
Died On: 253 AD
Born In: Alexandria, Egypt
Died At Age: 68
Origen was a distinguished Greek ascetic, early Christian theologian, and scholar. Being a prolific writer, he expressed his thoughts, viewpoints, and opinions in more than 800 treatises on varied subjects including spirituality, biblical exegesis and hermeneutics, preaching, textual criticism, and philosophical theology. He is believed to be one of the most predominant figures in early Christian abstinence. He is an early church father and recognized as one of the most prominent Christian theologians of all time. His preaching, teaching, thoughts and works had a great influence especially in the east. The three Cappadocian Fathers and Athanasius of Alexandria were amongst Origenâs staunch followers. However, irrespective of his popularity, he was never canonized as a saint. Read through some notable quotes and sayings by Origen. Browse through the quotes and thoughts by Origen that hold a world of wisdom.
Listed In:
Intellectuals & Academics 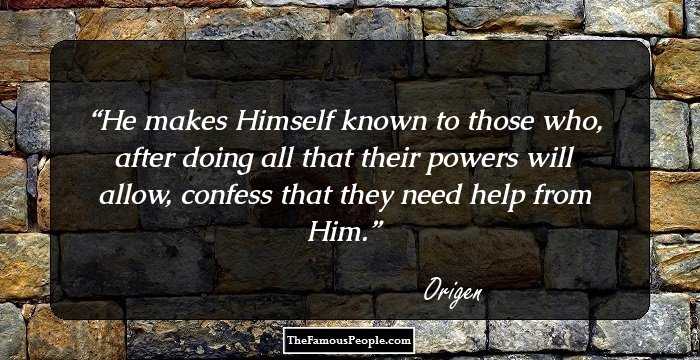 He makes Himself known to those who, after doing all that their powers will allow, confess that they need help from Him. 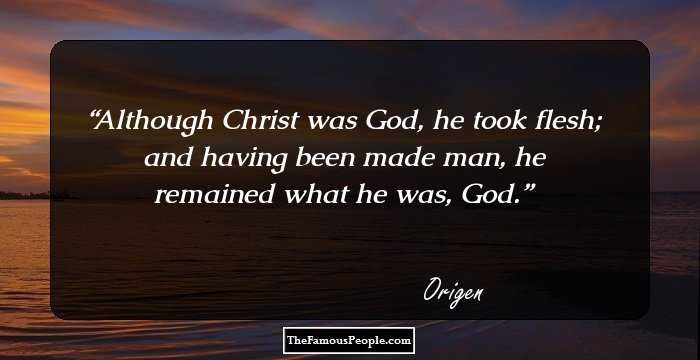 Although Christ was God, he took flesh; and having been made man, he remained what he was, God. 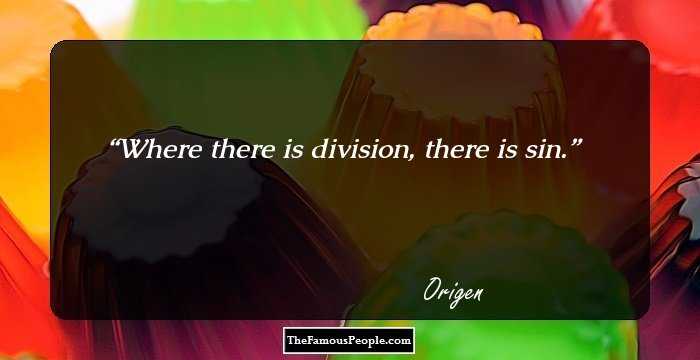 Where there is division, there is sin. 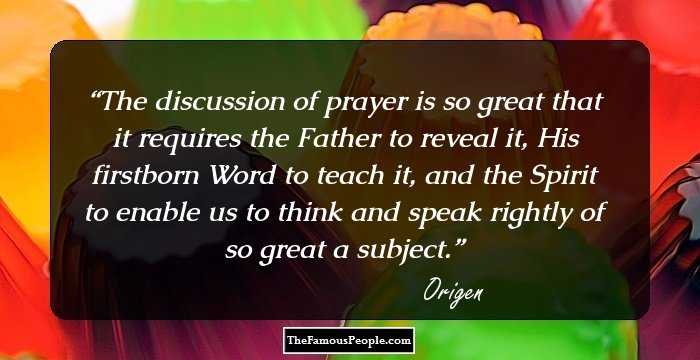 The discussion of prayer is so great that it requires the Father to reveal it, His firstborn Word to teach it, and the Spirit to enable us to think and speak rightly of so great a subject. 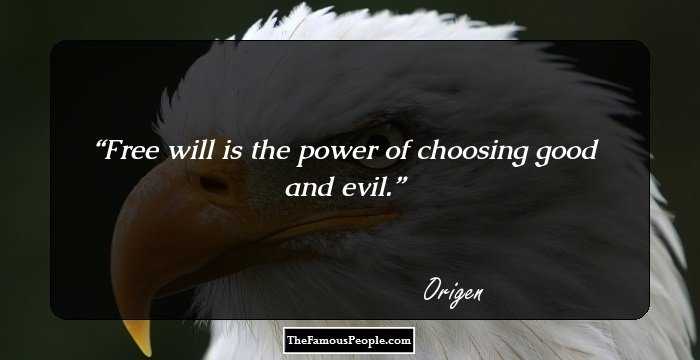 Free will is the power of choosing good and evil. 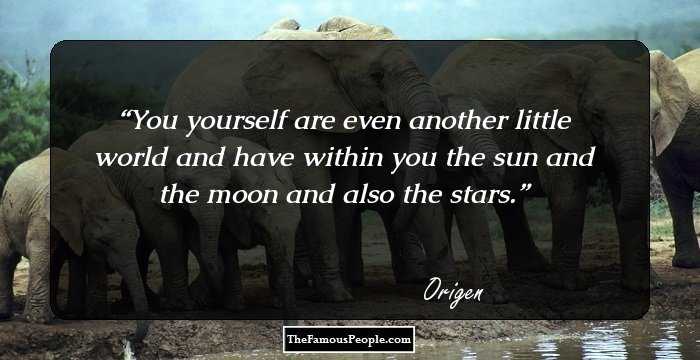 You yourself are even another little world and have within you the sun and the moon and also the stars.

Seeing there are many who think they hold the opinions of Christ, and yet some of these think differently from their predecessors, yet as the teaching of the Church, transmitted in orderly succession from the apostles, and remaining in the Churches to the present day, is still preserved, that alone is to be accepted as truth which differs in no respect from ecclesiastical and apostolica tradition. 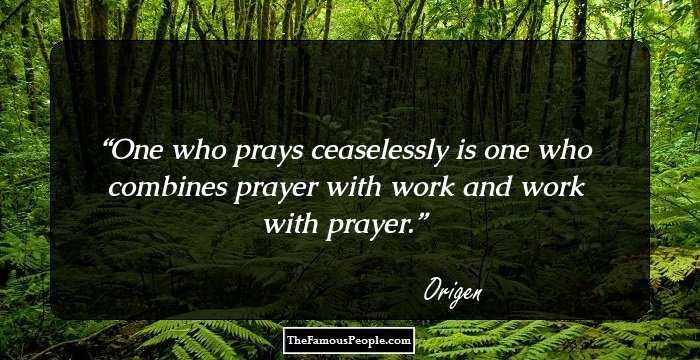 One who prays ceaselessly is one who combines prayer with work and work with prayer. 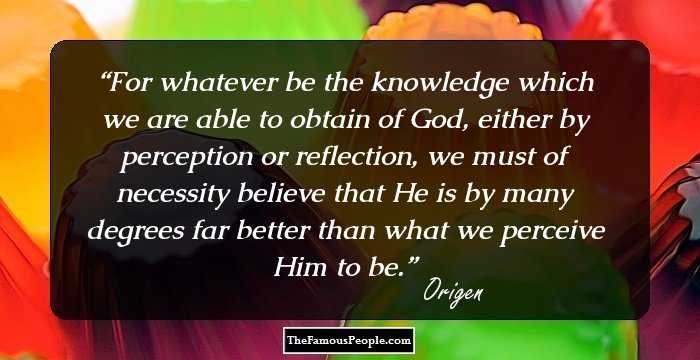 For whatever be the knowledge which we are able to obtain of God, either by perception or reflection, we must of necessity believe that He is by many degrees far better than what we perceive Him to be. 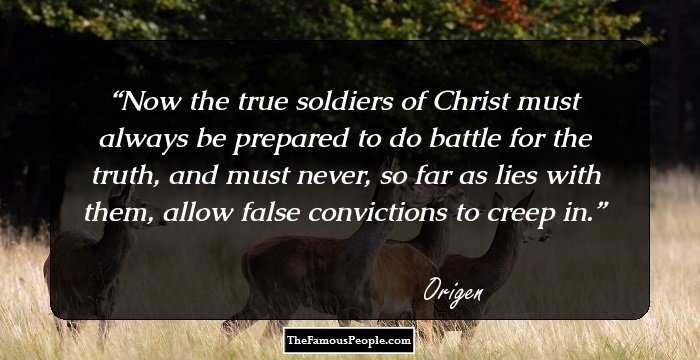 Now the true soldiers of Christ must always be prepared to do battle for the truth, and must never, so far as lies with them, allow false convictions to creep in. 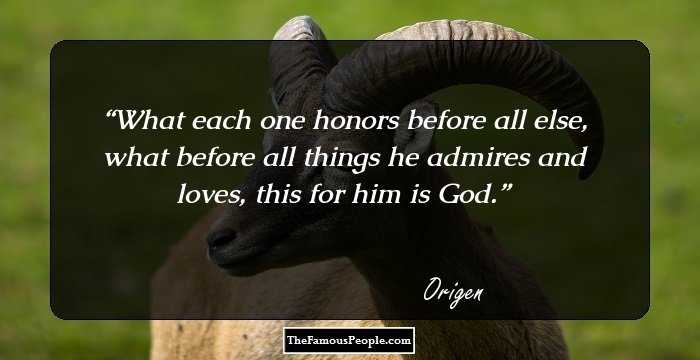 What each one honors before all else, what before all things he admires and loves, this for him is God.

What man of sense will agree with the statement that the first, second and third days, in which the evening and morning were named, were without sun, moon and stars? What man is found such an idiot as to suppose that God planted trees in Paradise, in Eden, Like a Husbandman?

When Jesus then is with the multitudes, He is not in His house, for the multitudes are outside of the house, and it is an act which springs from His love of men to leave the house and to go away to those who are not able to come to Him. 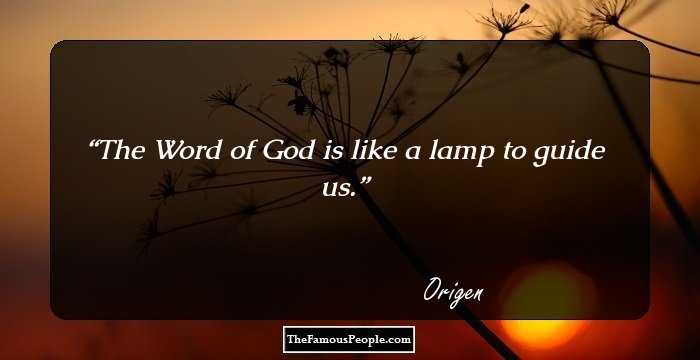 The Word of God is like a lamp to guide us. 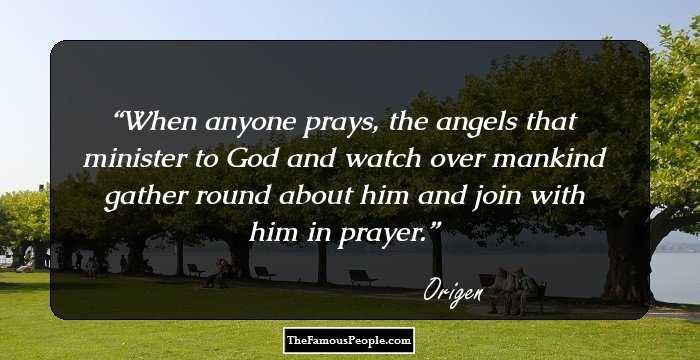 When anyone prays, the angels that minister to God and watch over mankind gather round about him and join with him in prayer. 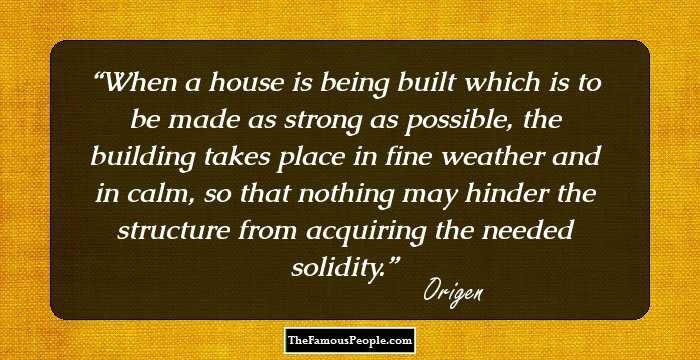 When a house is being built which is to be made as strong as possible, the building takes place in fine weather and in calm, so that nothing may hinder the structure from acquiring the needed solidity. 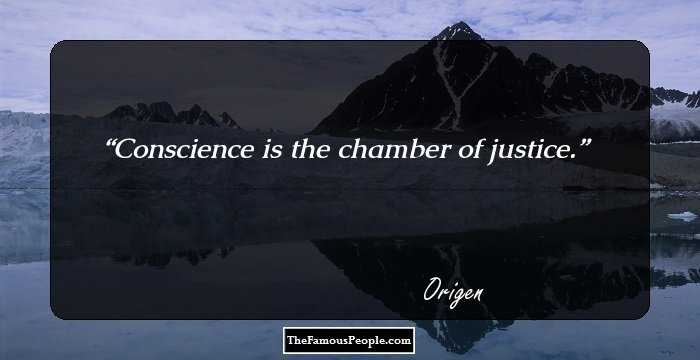 Conscience is the chamber of justice. 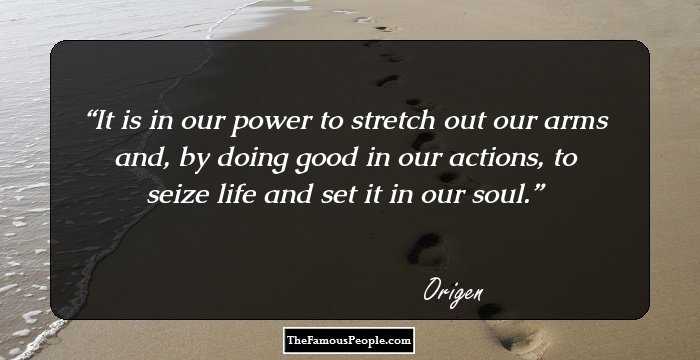 It is in our power to stretch out our arms and, by doing good in our actions, to seize life and set it in our soul. 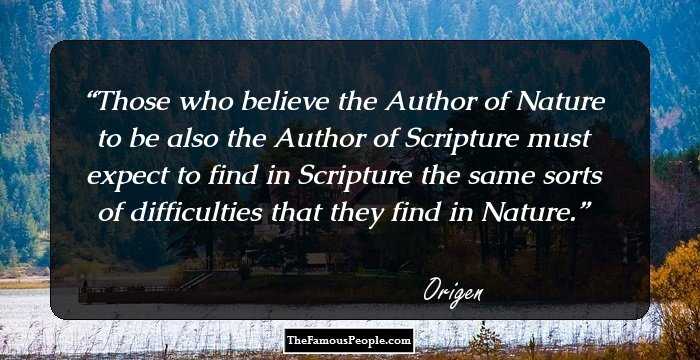 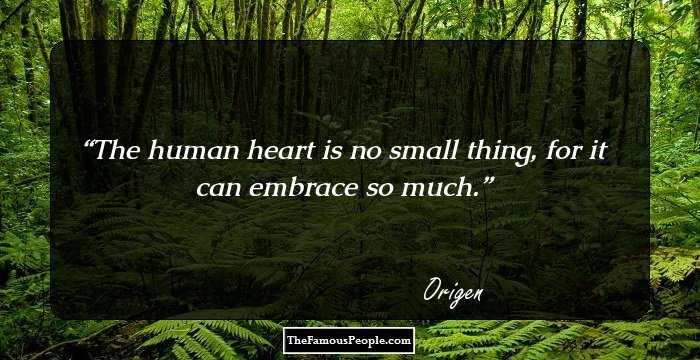 The human heart is no small thing, for it can embrace so much. 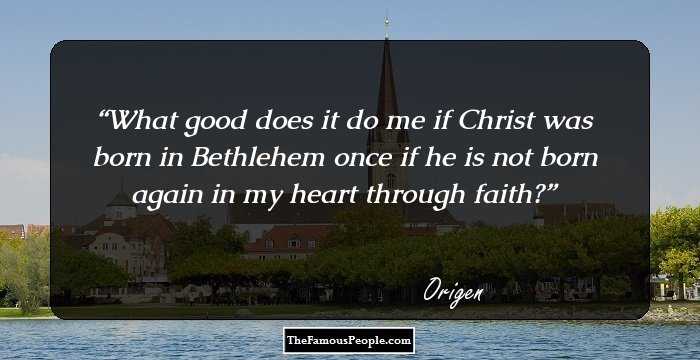 What good does it do me if Christ was born in Bethlehem once if he is not born again in my heart through faith? 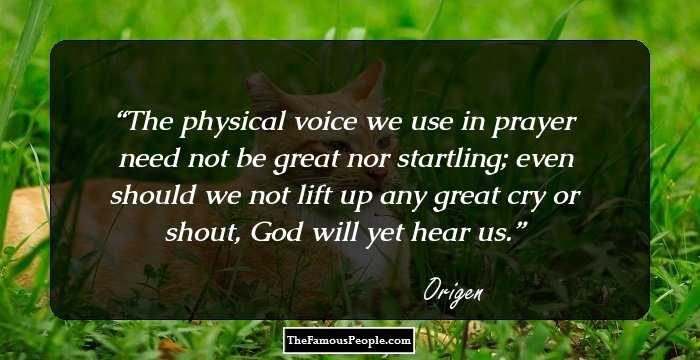 The physical voice we use in prayer need not be great nor startling; even should we not lift up any great cry or shout, God will yet hear us.

It can be shown that an incorporeal and reasonable being has life in itself independently of the body... then it is beyond a doubt bodies are only of secondary importance and arise from time to time to meet the varying conditions of reasonable creatures. Those who require bodies are clothed with them, and contrariwise, when fallen souls have lifted themselves up to better things their bodies are once more annihilated. They are ever vanishing and ever reappearing.

But God, who is the beginning of all things, is not to be regarded as a composite being, lest perchance there should be found to exist elements prior to the beginning itself, out of which everything is composed, whatever that be which is called composite. 26 Top John Morris Roberts Quotes That Give Insight Into History