Famous As: English Statesman
Born On: April 25, 1599
Died On: September 3, 1658
Born In: Huntingdon, Huntingdonshire, Kingdom of England
Died At Age: 59
Oliver Cromwell was an English political leader who became the âLord Protector of Commonwealthâ. He was a strong follower of religion and believed himself to be the instrument of God. He joined the parliament under the harsh ruler Charles I. In the Parliament Cromwell significantly spoke about making reforms to check the power of the King and the Church. This idea was bought by the masses and led them to the Civil War under his leadership. He showcased his leadership skills by successfully leading an army of new recruits against the royalist forces. The war went for a long period of time following which Cromwell signed an order to execute the emperor. After the emperorâs death, Cromwell bravely defeated the Royalist forces and their king Charles II. He became the ruler and made a new constitution for the betterment of the citizens. He fought various successful battles to conquer a lot of countries including Ireland and Scotland. Although his thoughts and work were not liked by his peers but he is credited to nurture the strength and efficiency of the commonwealth with his strong decisions. Go through the quotes and thoughts by Oliver Cromwell which will give you more insights about this religious political leader.
Listed In:
Leaders

I beseech you, in the bowels of Christ, think it possible you may be mistaken.

You Think I
Oliver Cromwell 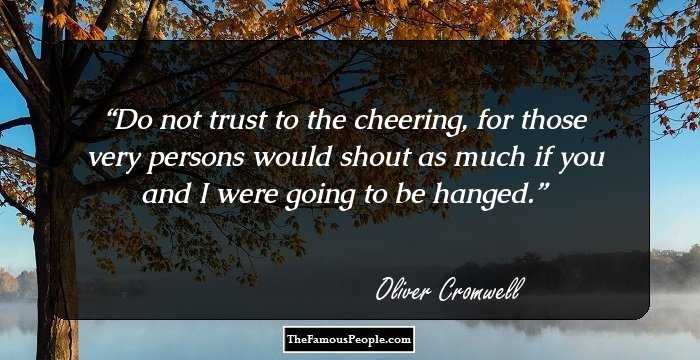 Do not trust to the cheering, for those very persons would shout as much if you and I were going to be hanged. 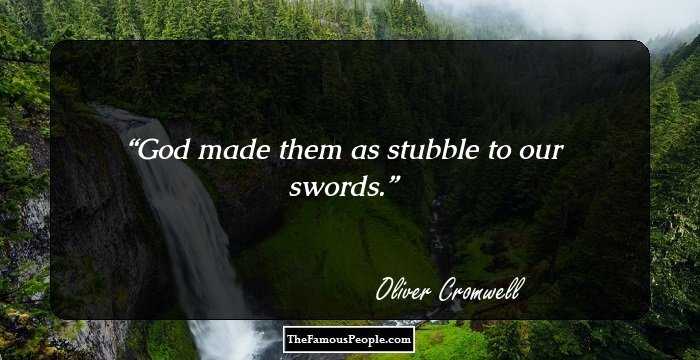 God made them as stubble to our swords.

Not only strike while the iron is hot, but make it hot by striking. 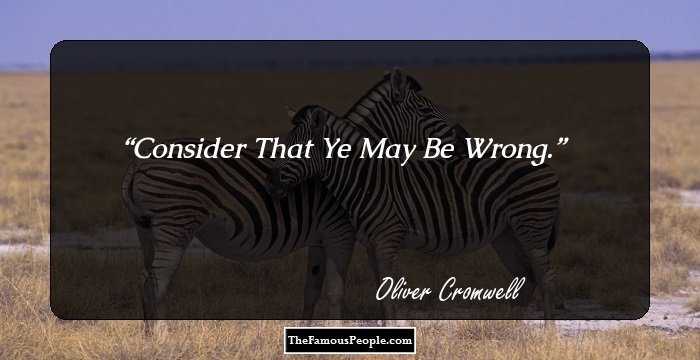 Consider That Ye May Be Wrong.

Nature can do more than physicians.

Keep your faith in God, but keep your powder dry. 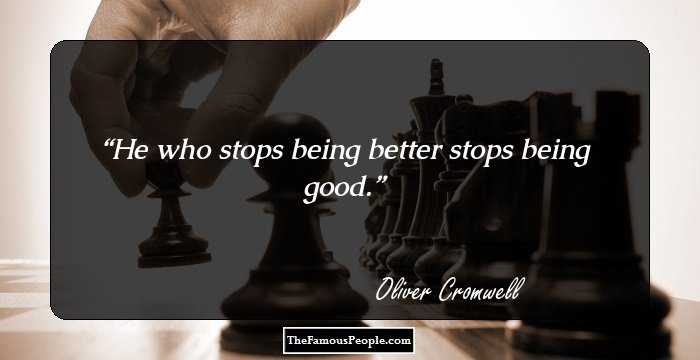 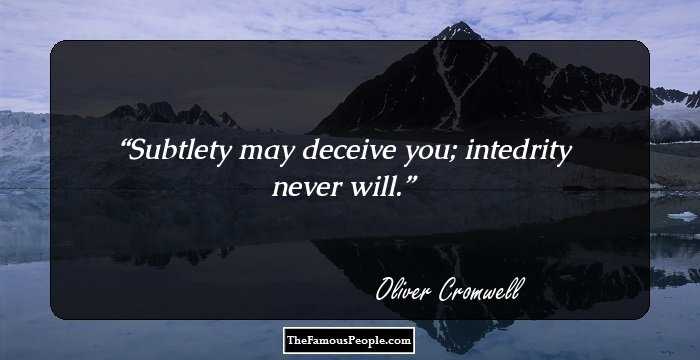 Subtlety may deceive you; intedrity never will. 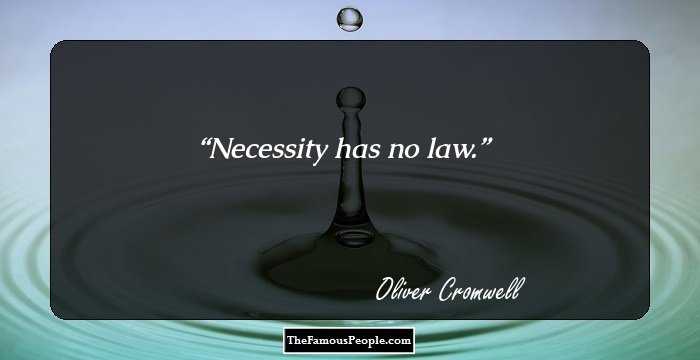 Necessity has no law.

A few honest men are better than numbers.

No one rises so high as he who knows not whither he is going.

I had rather have a plain, russet-coated Captain, that knows what he fights for, and loves what he knows, than that which you call a Gentle-man and is nothing else.

I would have been glad to have lived under my wood side, and to have kept a flock of sheep, rather than to have undertaken this government.

The State, in choosing men to serve it, takes no notice of their opinions. If they be willing faithfully to serve it, that satisfies.

Put your trust in God; but be sure to keep your powder dry. 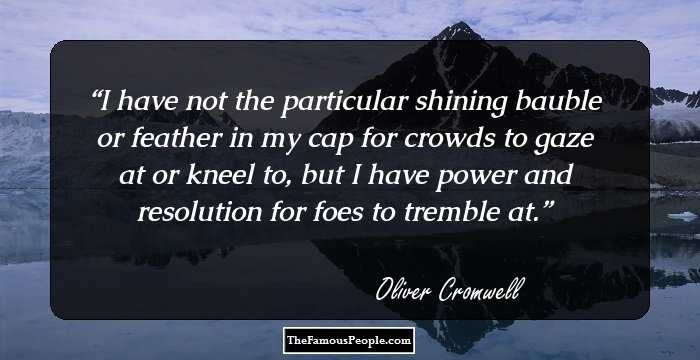 I have not the particular shining bauble or feather in my cap for crowds to gaze at or kneel to, but I have power and resolution for foes to tremble at.

Subtlety may deceive you; integrity never will.

Do not trust the cheering, for those persons would shout as much if you or I were going to be hanged.

What is all our histories, but God showing himself, shaking and trampling on everything that he has not planted.

We are Englishmen; that is one good fact.

Who can love to walk in the dark? But providence doth often so dispose.