Famous As: Actor & Producer Known for His Role as âJaime Lannisterâ in the HBO Drama Series âGame of Thronesâ
Born On: July 27, 1970
Born In: RudkÃ¸bing, Denmark
Age: 52 Years

Following his casting as Jaime Lannister in Game of Thrones, Danish actor Nikolaj Coster-Waldau has become a household name. He has since starred in several films and other TV projects and secured a place for himself in Hollywood. However, this celebrityhood has come at a price, as people often draw their conclusions on his person based on nothing but gossip and speculations. He grew up in a middle-class family in Denmark and often reminiscences about his childhood with a certain sense of nostalgia. As an actor, his approaches his characters methodically and is thankful that his profession allows him to learn new things. His sense of style is very random and casual. Here is a collection of some of his top quotes on people. love, relationship, acting, character, friends, regret and death. 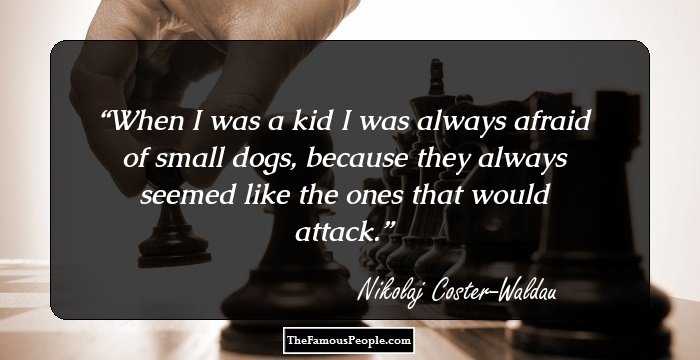 When I was a kid I was always afraid of small dogs, because they always seemed like the ones that would attack. 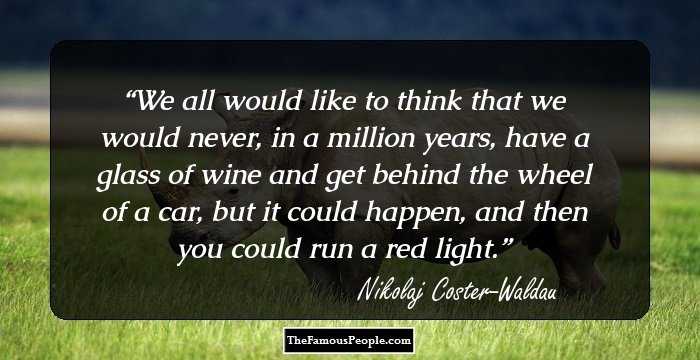 We all would like to think that we would never, in a million years, have a glass of wine and get behind the wheel of a car, but it could happen, and then you could run a red light. 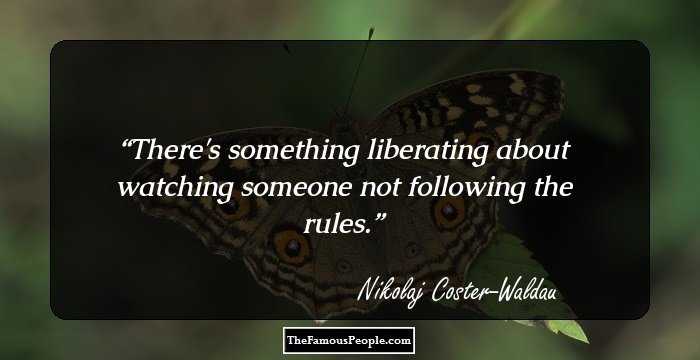 There's something liberating about watching someone not following the rules. 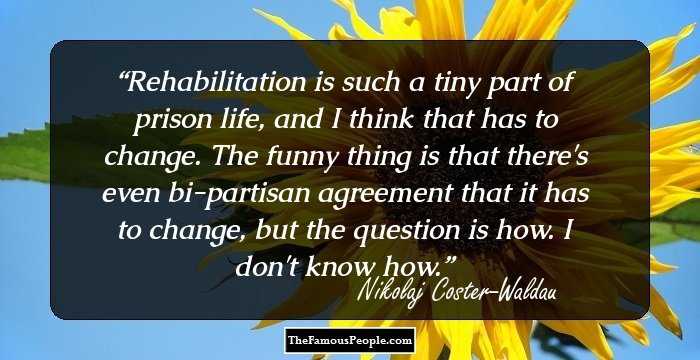 Rehabilitation is such a tiny part of prison life, and I think that has to change. The funny thing is that there's even bi-partisan agreement that it has to change, but the question is how. I don't know how. 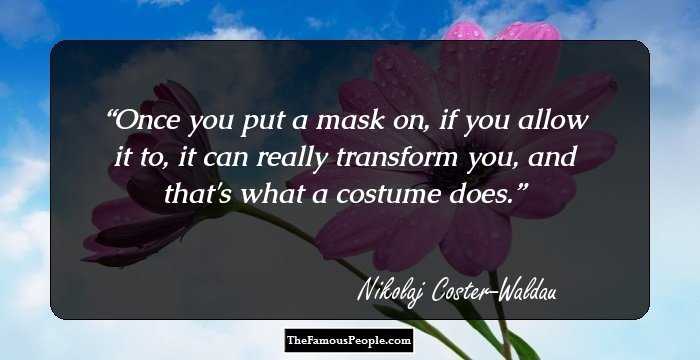 Once you put a mask on, if you allow it to, it can really transform you, and that's what a costume does. 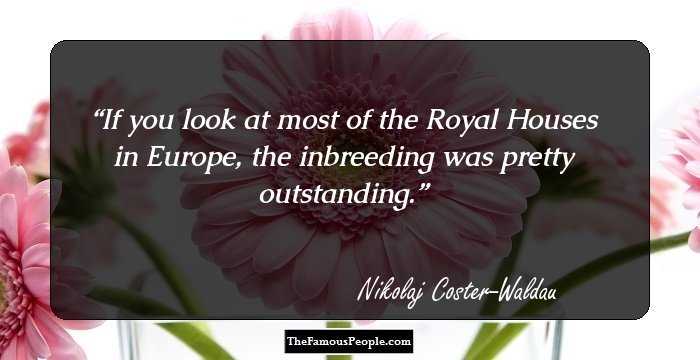 If you look at most of the Royal Houses in Europe, the inbreeding was pretty outstanding. 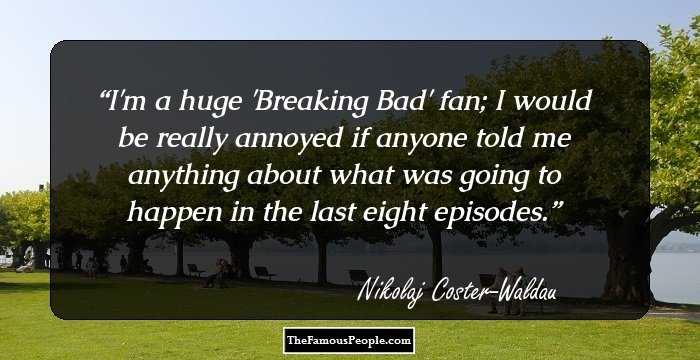 I'm a huge 'Breaking Bad' fan; I would be really annoyed if anyone told me anything about what was going to happen in the last eight episodes. 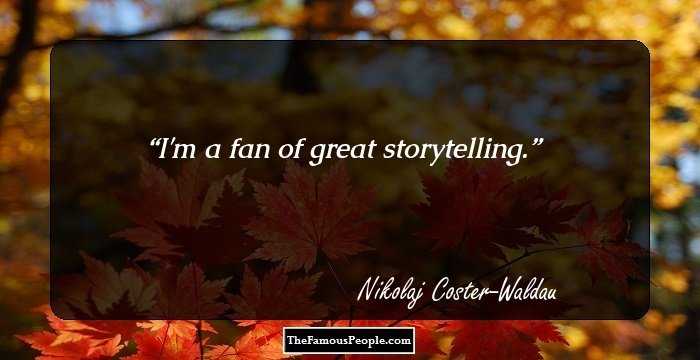 I'm a fan of great storytelling. 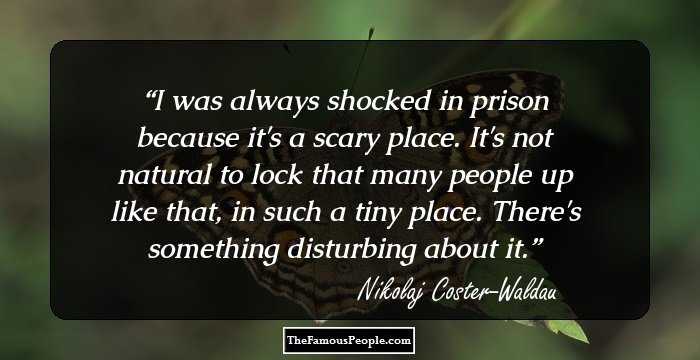 I was always shocked in prison because it's a scary place. It's not natural to lock that many people up like that, in such a tiny place. There's something disturbing about it. 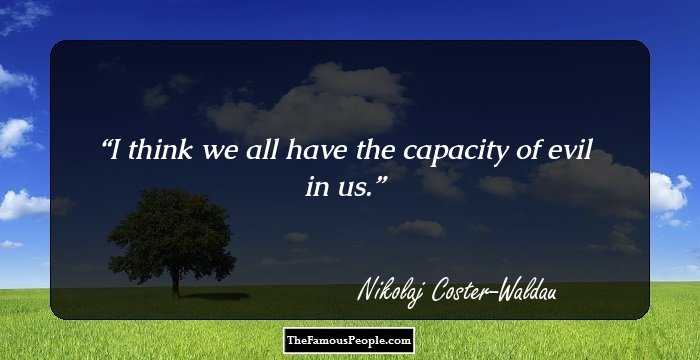 I think we all have the capacity of evil in us. 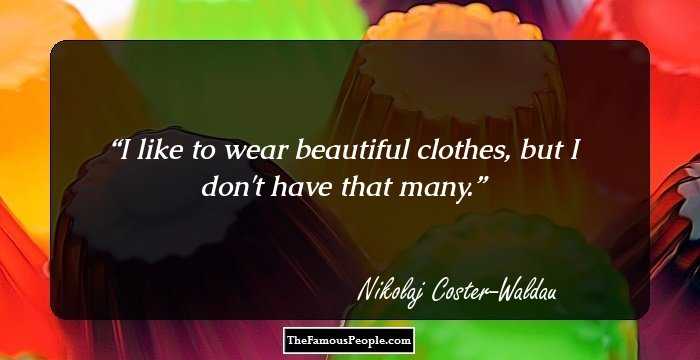 I like to wear beautiful clothes, but I don't have that many. 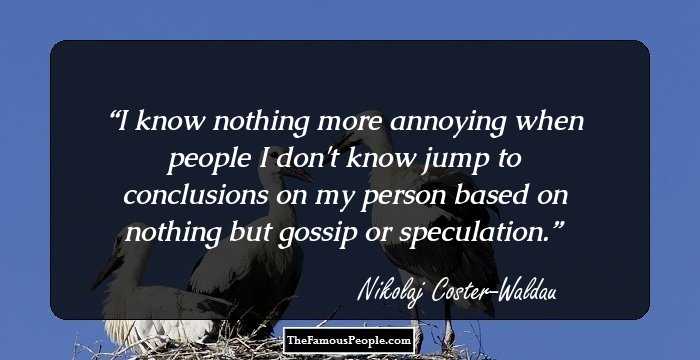 I know nothing more annoying when people I don't know jump to conclusions on my person based on nothing but gossip or speculation. 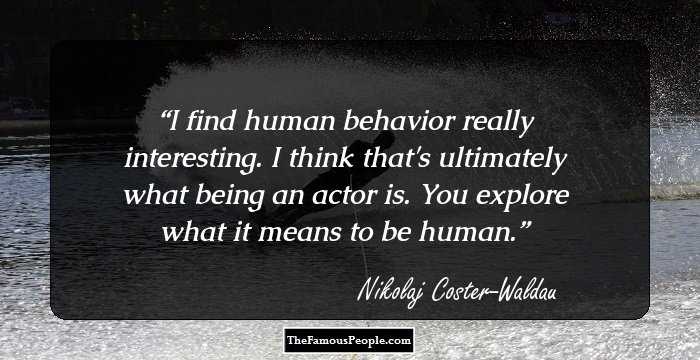 I find human behavior really interesting. I think that's ultimately what being an actor is. You explore what it means to be human.

The fact is that, in prison, you can't just go and be locked up and serve your time. That's not an option. You get locked up, and then you're going to go through hell and, if you're lucky, you'll come out somewhat of a human being, but you're probably going to be beyond traumatized, for the rest of your life. That's ridiculous!