Famous As: Regarded as 'The Best Actress of Her Generation'
Born On: June 22, 1949
Born In: SummitSummit, New Jersey, United States
Age: 73 Years
Meryl Streep is an eminent American actress, cited as the most illustrious actress of her generation by the media. She is distinguished for her accent adaptation and versatility. She holds the feat of being nominated for twenty-one âAcademy Awards,â out of which she has bagged three. In 1975, she made her stage debut in âTrelawny of the Wells.â Some of her renowned and acclaimed works include â27 Wagon Full of Cotton,â âKramer Vs Kramer,â âHolocaust,â âThe Iron Lady,â Silkwood,â âJulie & Julia,â and many more. We have amassed the notable quotes by Meryl Streep that will enlighten and motivate you. Zoom through some insightful thoughts by Meryl Streep.
Listed In:
Film & Theater Personalities
Actresses 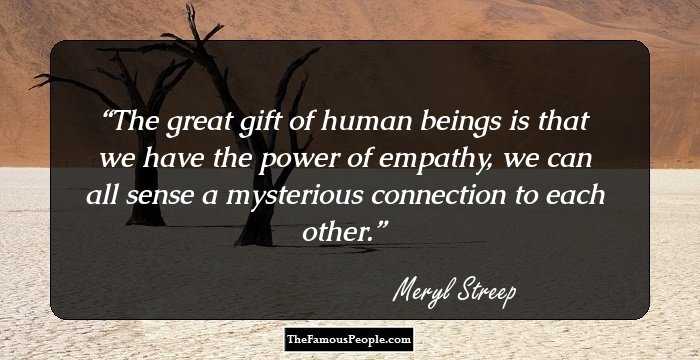 The great gift of human beings is that we have the power of empathy, we can all sense a mysterious connection to each other. 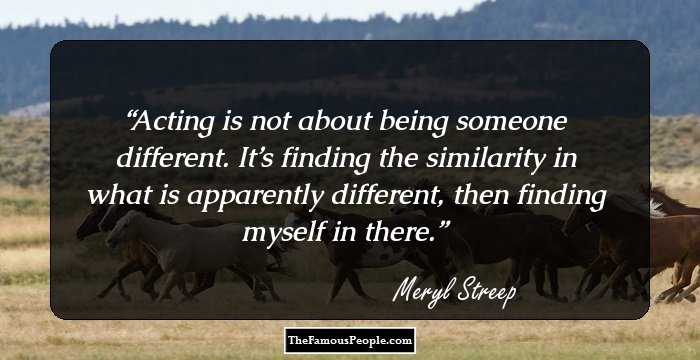 Acting is not about being someone different. Itâs finding the similarity in what is apparently different, then finding myself in there. 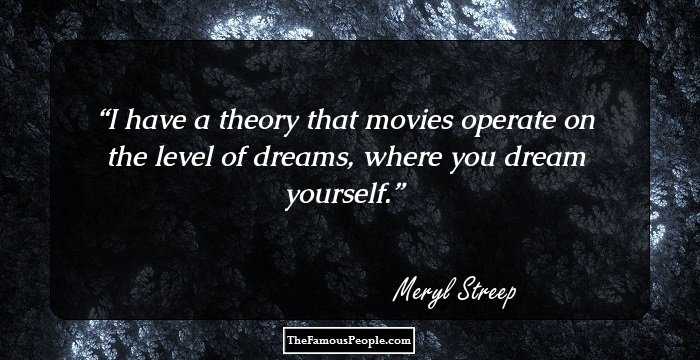 I have a theory that movies operate on the level of dreams, where you dream yourself.

You Yourself Dreams I
Meryl Streep 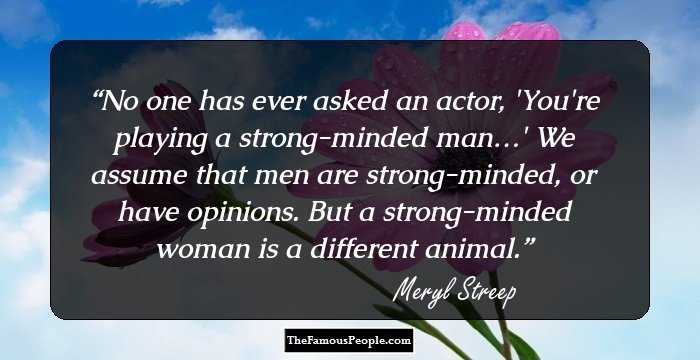 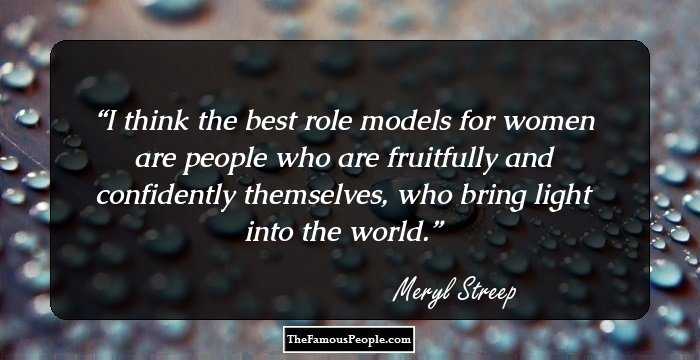 I think the best role models for women are people who are fruitfully and confidently themselves, who bring light into the world. 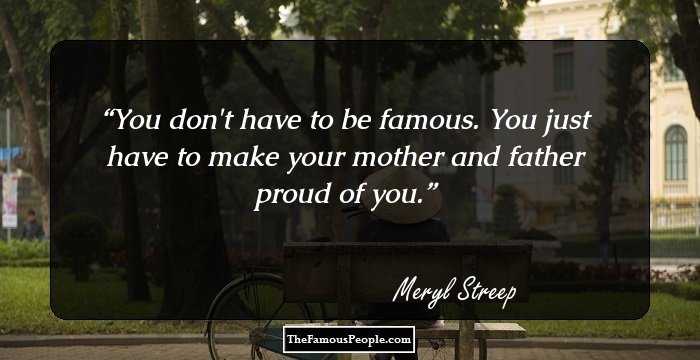 You don't have to be famous. You just have to make your mother and father proud of you. 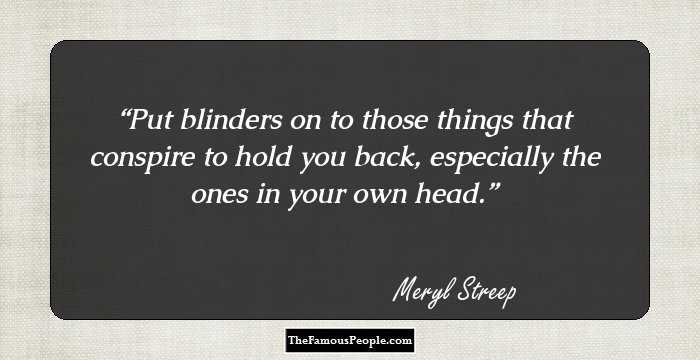 Put blinders on to those things that conspire to hold you back, especially the ones in your own head. 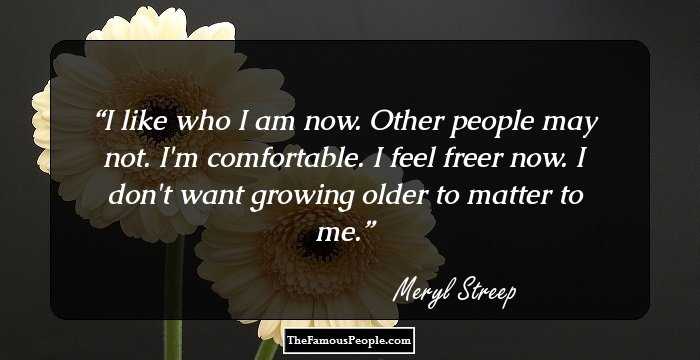 I like who I am now. Other people may not. I'm comfortable. I feel freer now. I don't want growing older to matter to me. 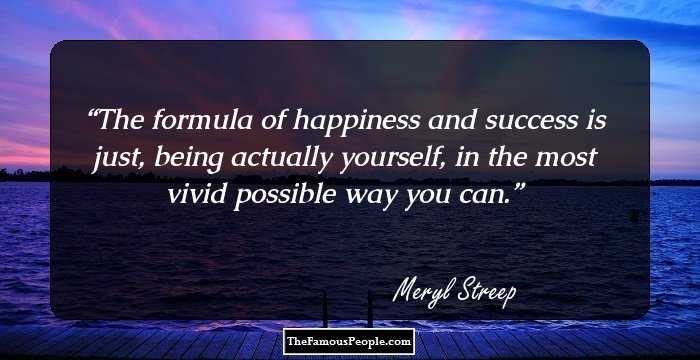 The formula of happiness and success is just, being actually yourself, in the most vivid possible way you can.

You Yourself Happiness
Meryl Streep 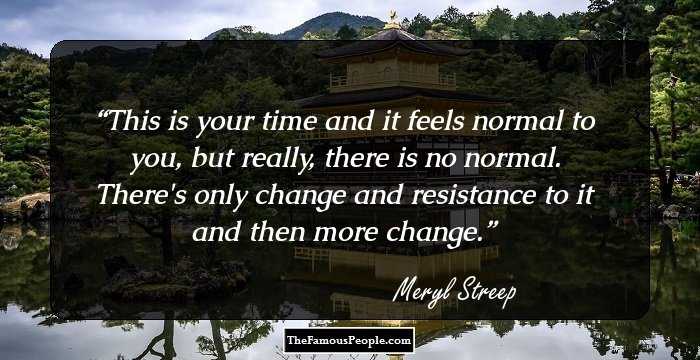 This is your time and it feels normal to you, but really, there is no normal. There's only change and resistance to it and then more change. 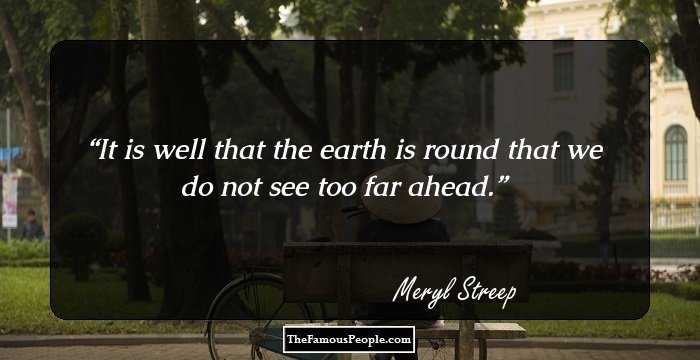 It is well that the earth is round that we do not see too far ahead. 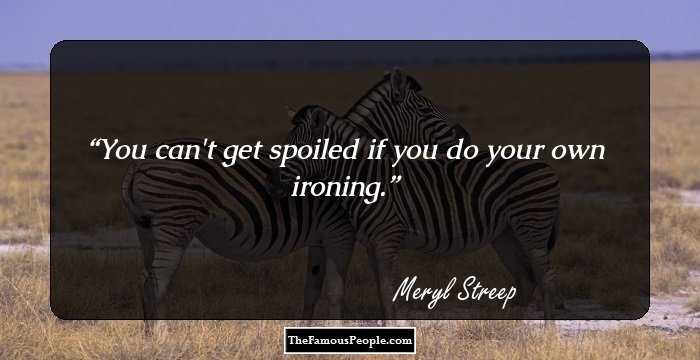 You can't get spoiled if you do your own ironing. 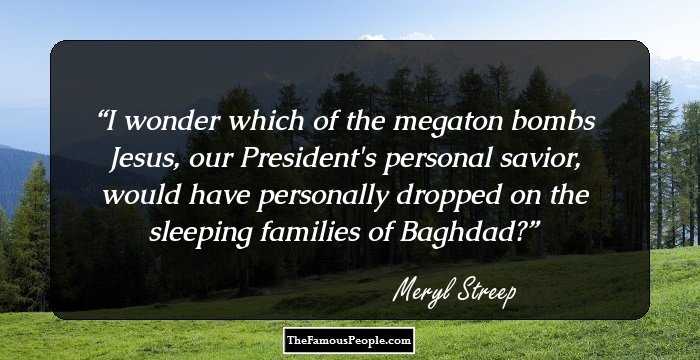 I wonder which of the megaton bombs Jesus, our President's personal savior, would have personally dropped on the sleeping families of Baghdad? 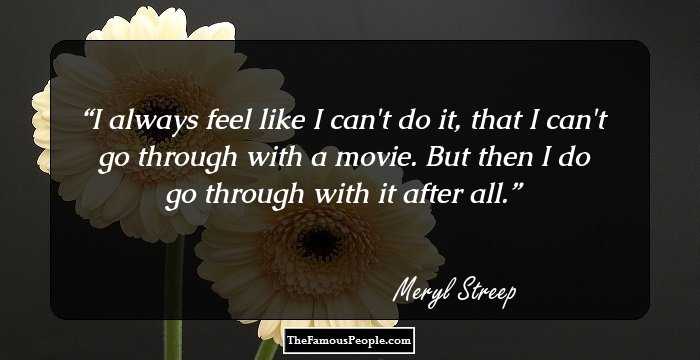 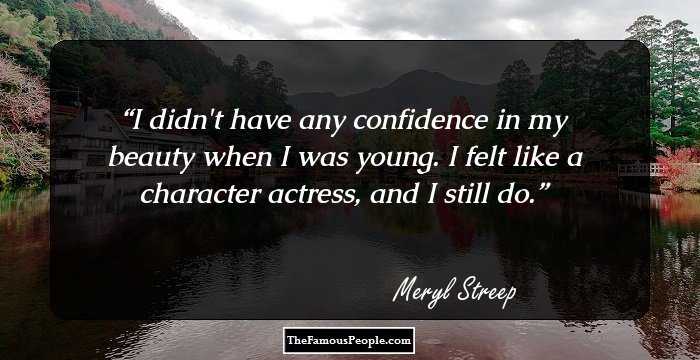 I didn't have any confidence in my beauty when I was young. I felt like a character actress, and I still do. 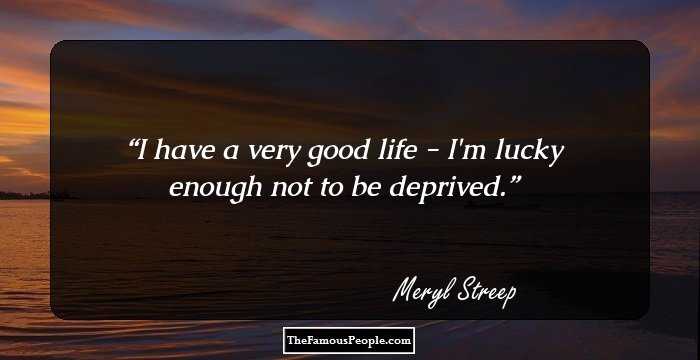 I have a very good life - I'm lucky enough not to be deprived. 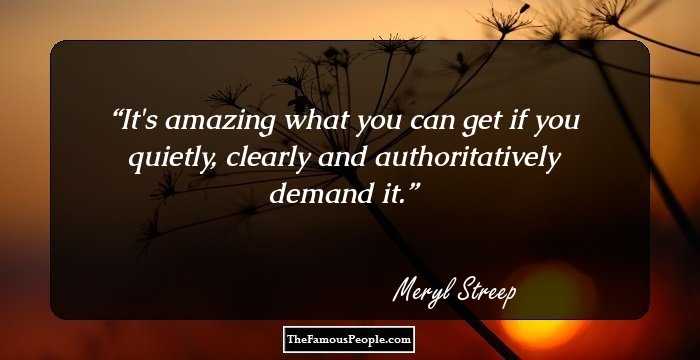 It's amazing what you can get if you quietly, clearly and authoritatively demand it. 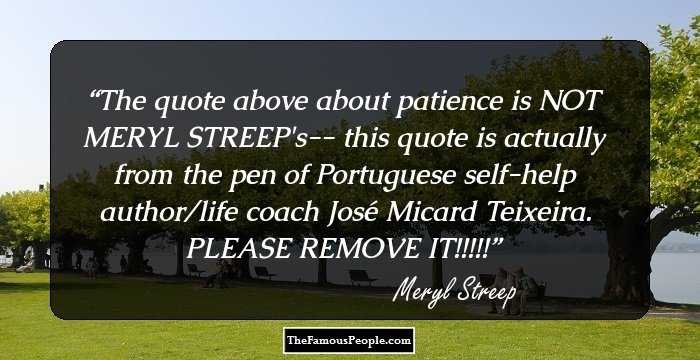 The quote above about patience is NOT MERYL STREEP's-- this quote is actually from the pen of Portuguese self-help author/life coach JosÃ© Micard Teixeira. PLEASE REMOVE IT!!!!!