Famous As: Actor, Comedian And Filmmaker
Born On: June 28, 1926
Born In: Brooklyn, New York, United States
Age: 96 Years
Mel Brooks is an American comedian, director, songwriter and musician renowned for his prolific comic skills. During the early days of his career, he performed as a stand-up comedian and soon became a star at a famous local club. This fame helped him become a comedy writer for ââThe Admiral Broadway Revueââ which was a popular comedy series. He further wrote for a couple of comedy shows before writing his first Broadway musical titled âShinbone Alleyâ. He went on to collaborate with Carl Reiner to write the â2000 Year Old Manâ which turned out to be a huge success. He wrote scripts for various comedy movies and sitcoms which helped him nurture his reputation as a writer. He debuted as a director with the film âThe Producersâ, which was honored with an âAcademy Awardâ and was even adapted into a musical which won 12 Tony Awards. He eventually became the owner of a production house named âBrooksfilmsâ, which strictly ventured in the genre of non-comedy. He has a huge collection of awards including multiple âGrammy Awardsâ, âEmmy Awardsâ, and âTony Awardsâ. We bring to you the most famous quotes and sayings by Mel Brooks which have been extracted from the vast sea of his work. Here is a collection of some quotations and thoughts that will motivate you besides drawing a smile on your face.
Listed In:
Actors
Film & Theater Personalities
Comedians 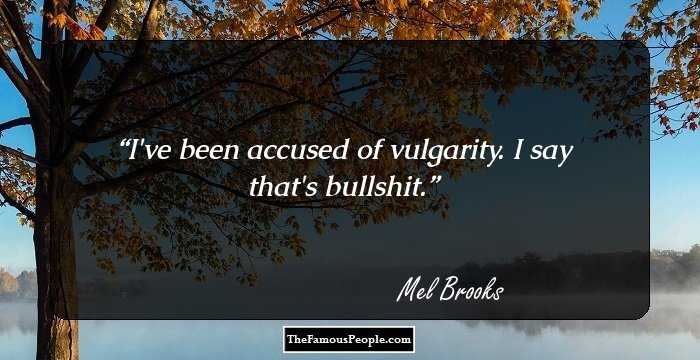 I've been accused of vulgarity. I say that's bullshit. 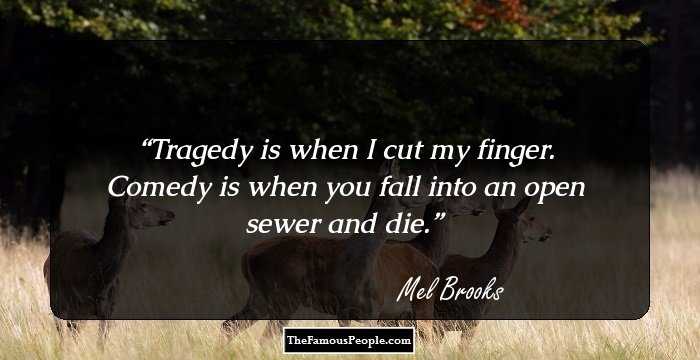 Tragedy is when I cut my finger. Comedy is when you fall into an open sewer and die. 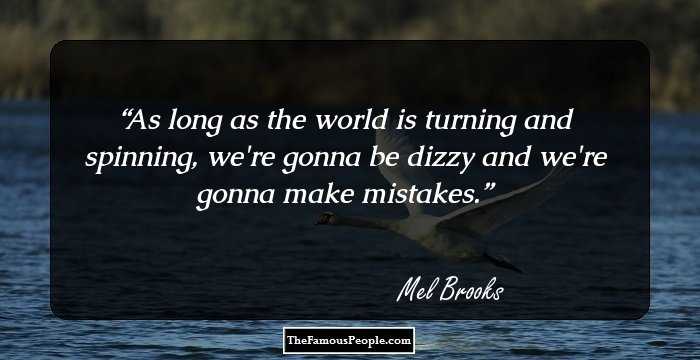 As long as the world is turning and spinning, we're gonna be dizzy and we're gonna make mistakes. 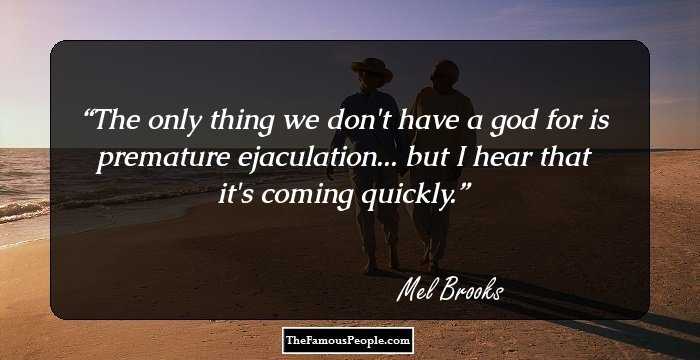 The only thing we don't have a god for is premature ejaculation... but I hear that it's coming quickly. 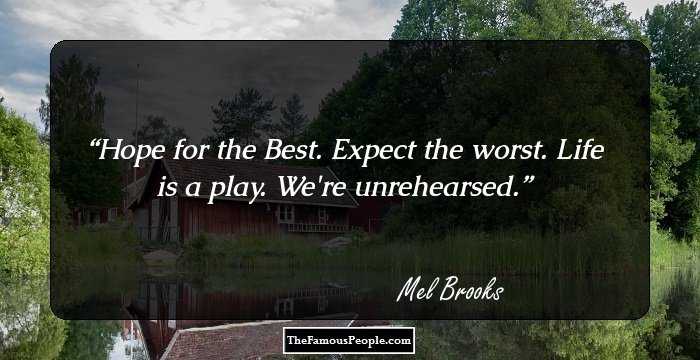 Hope for the Best. Expect the worst. Life is a play. We're unrehearsed. 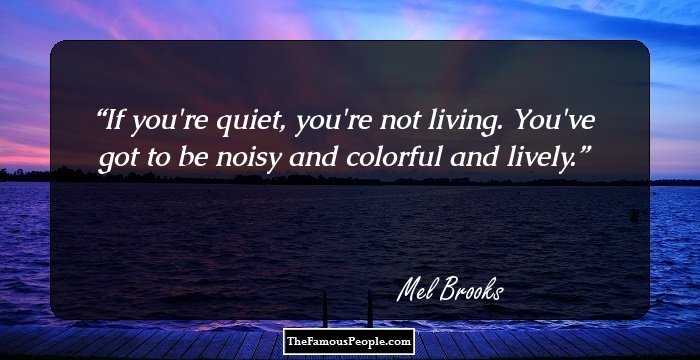 If you're quiet, you're not living. You've got to be noisy and colorful and lively. 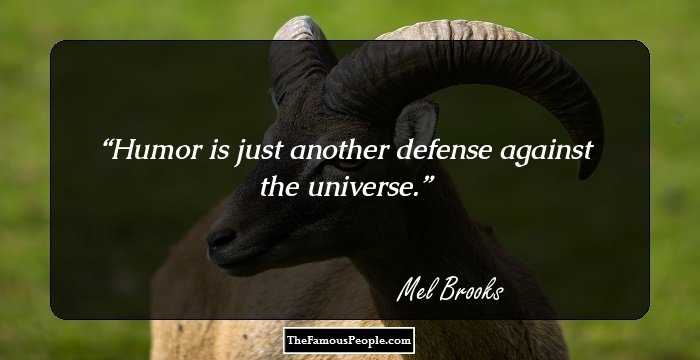 Humor is just another defense against the universe. 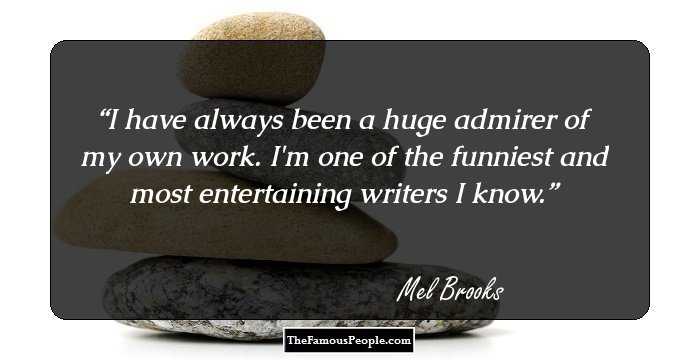 I have always been a huge admirer of my own work. I'm one of the funniest and most entertaining writers I know. 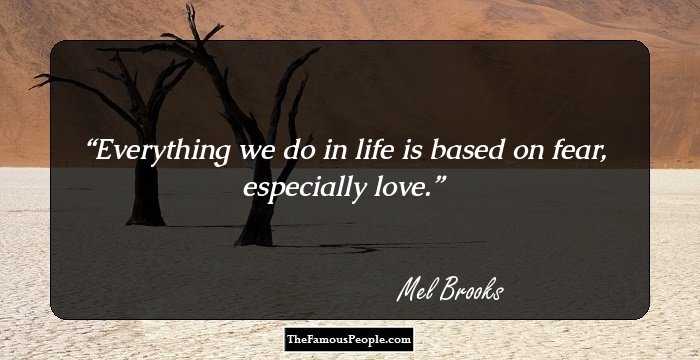 Everything we do in life is based on fear, especially love. 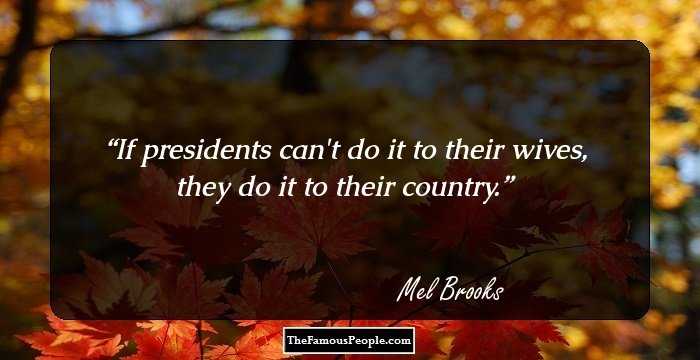 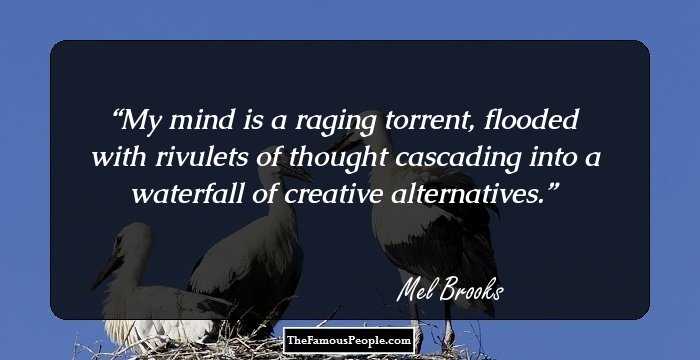 My mind is a raging torrent, flooded with rivulets of thought cascading into a waterfall of creative alternatives. 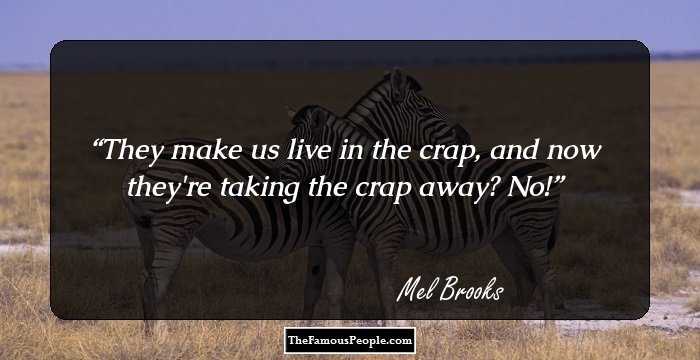 They make us live in the crap, and now they're taking the crap away? No! 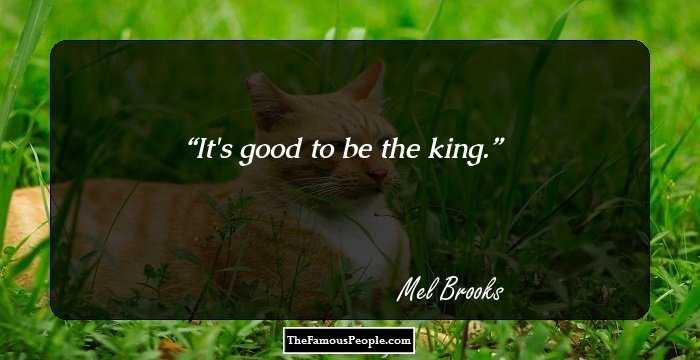 It's good to be the king. 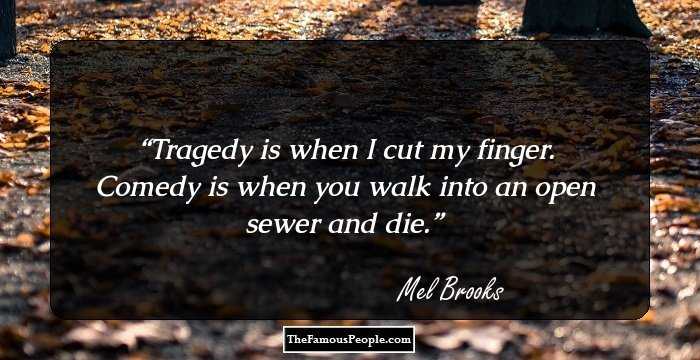 Tragedy is when I cut my finger. Comedy is when you walk into an open sewer and die. 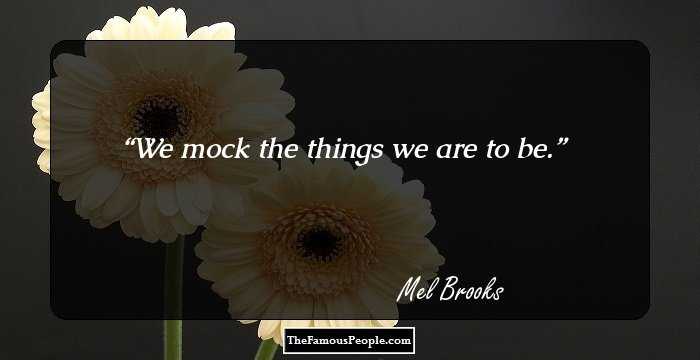 We mock the things we are to be. 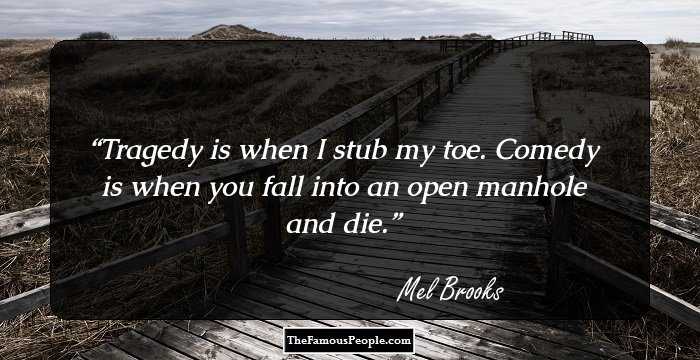 Tragedy is when I stub my toe. Comedy is when you fall into an open manhole and die. 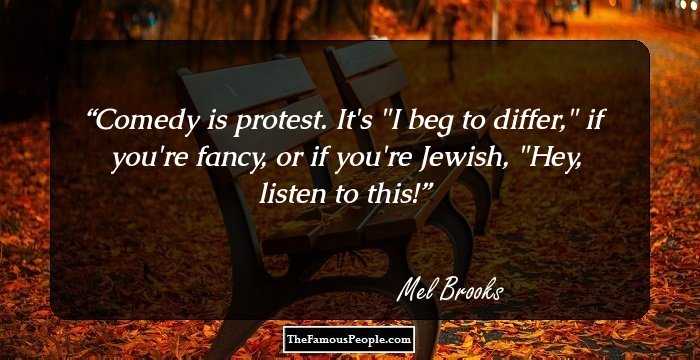 Comedy is protest. It's "I beg to differ," if you're fancy, or if you're Jewish, "Hey, listen to this! 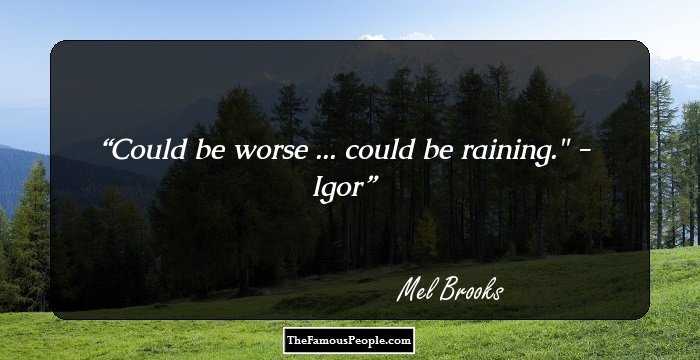 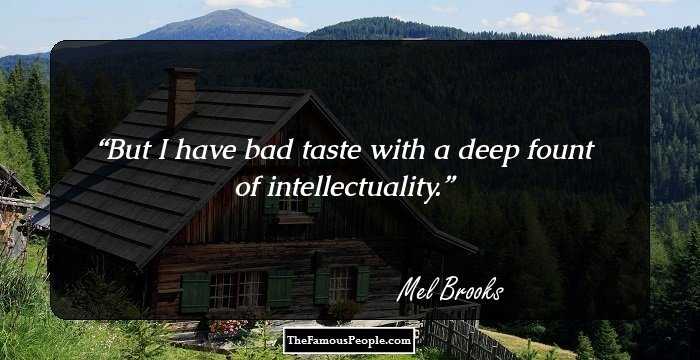 But I have bad taste with a deep fount of intellectuality.