Famous As: Pop Singer-songwriter Known for her Debut Single 'All About That Bass'
Born On: December 22, 1993
Born In: Nantucket, Massachusetts, United States
Age: 28 Years

Meghan Trainor is an American singer-songwriter and talent show judge. She shot to fame with her debut single, All About That Bass. The single drew criticism for its lyrical content and sold more than ten million copies across the globe. She earned a Grammy Award in 2016, besides various other awards and nominations. Empowerment, womanhood and body image are lyrical themes that frequently occur in her music. Here is a list of famous quotes by Meghan Trainor which have been gathered from her songs, lyrics, etc. Take a look at some Meghan Trainor quotes on fashion, love, feelings, art, people, success, growing-up, team, men, parents, hard work, artist, business, time, etc. 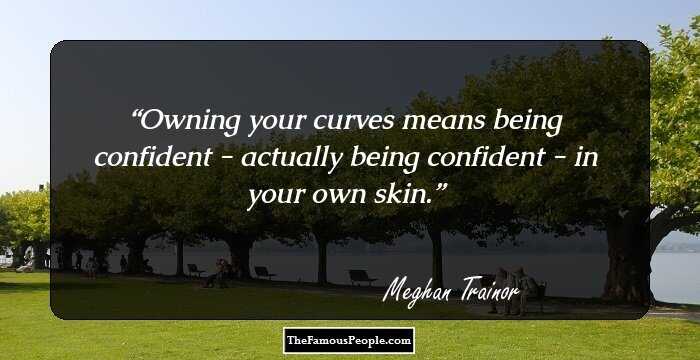 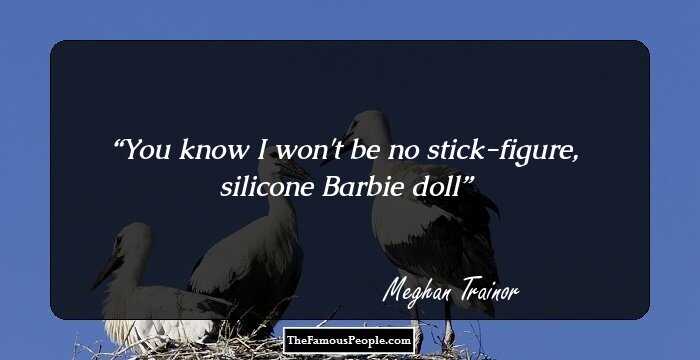 You know I won't be no stick-figure, silicone Barbie doll 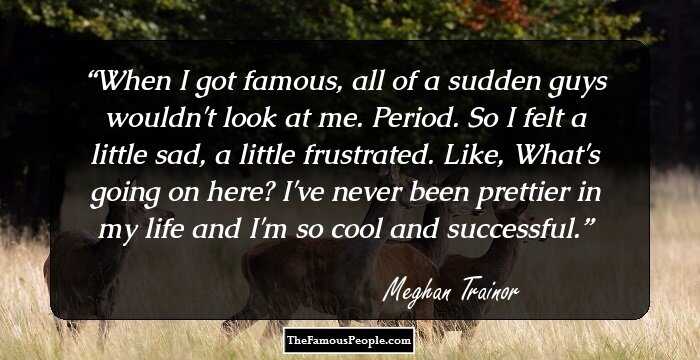 When I got famous, all of a sudden guys wouldn't look at me. Period. So I felt a little sad, a little frustrated. Like, What's going on here? I've never been prettier in my life and I'm so cool and successful. 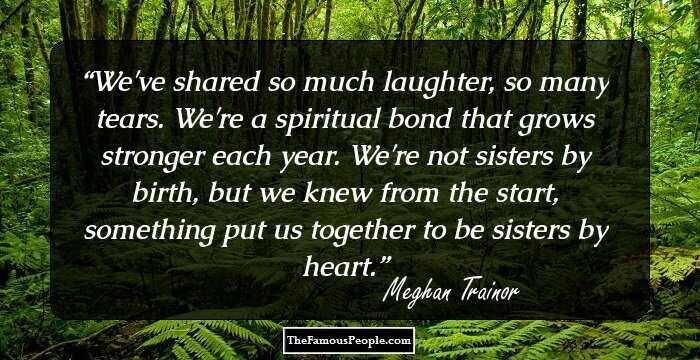 We've shared so much laughter, so many tears. We're a spiritual bond that grows stronger each year. We're not sisters by birth, but we knew from the start, something put us together to be sisters by heart. 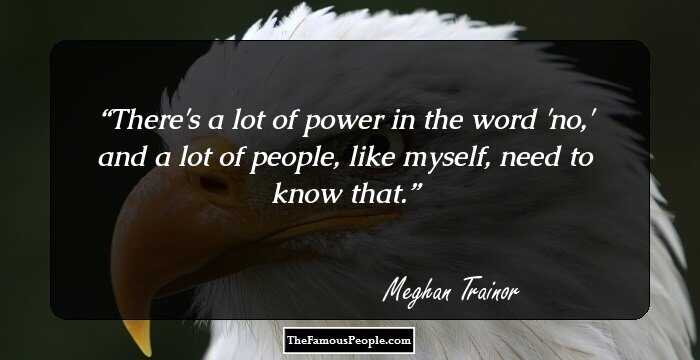 There's a lot of power in the word 'no,' and a lot of people, like myself, need to know that. 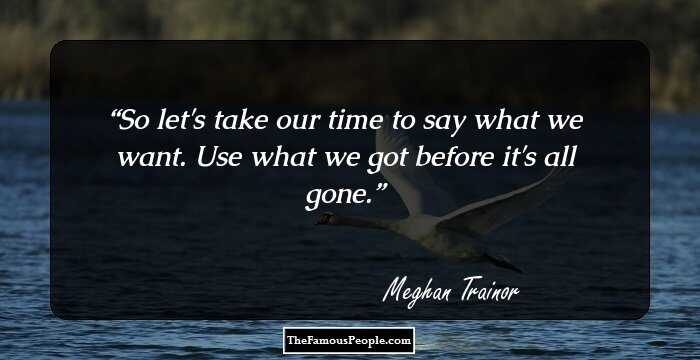 So let's take our time to say what we want. Use what we got before it's all gone. 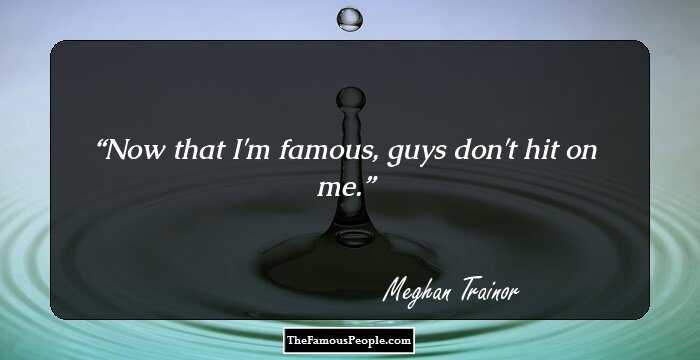 Now that I'm famous, guys don't hit on me. 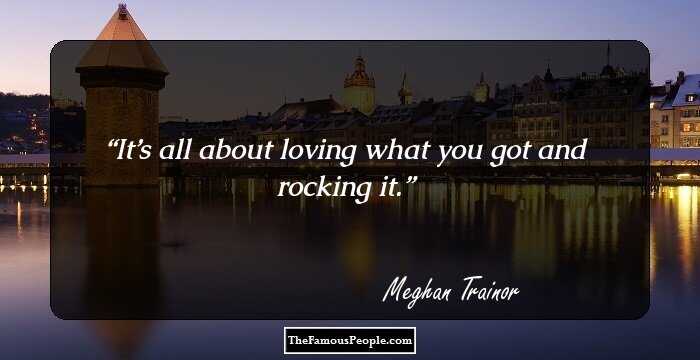 Itâs all about loving what you got and rocking it. 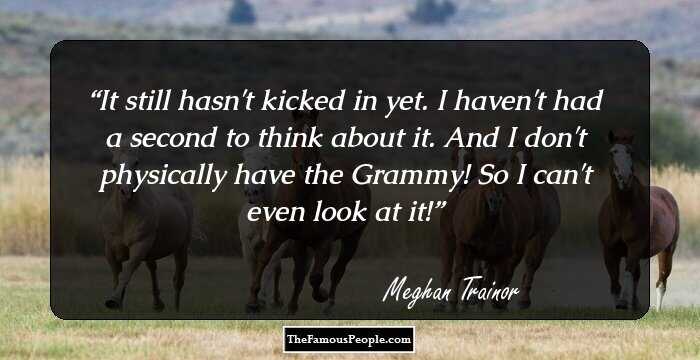 It still hasn't kicked in yet. I haven't had a second to think about it. And I don't physically have the Grammy! So I can't even look at it! 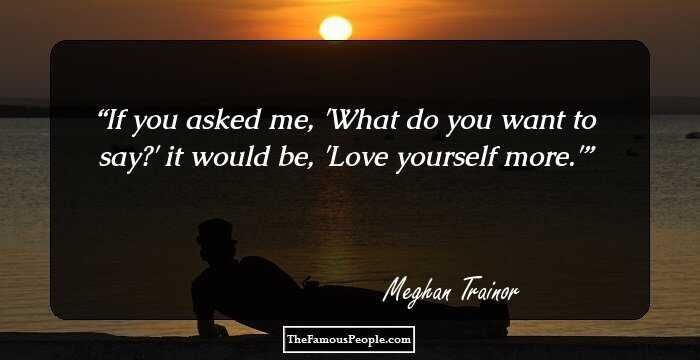 If you asked me, 'What do you want to say?' it would be, 'Love yourself more.' 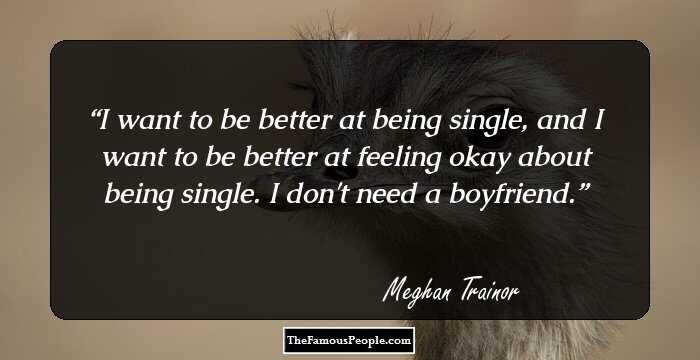 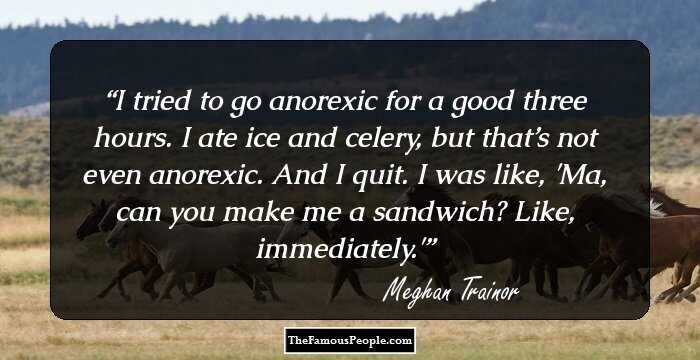 I tried to go anorexic for a good three hours. I ate ice and celery, but thatâs not even anorexic. And I quit. I was like, 'Ma, can you make me a sandwich? Like, immediately.' 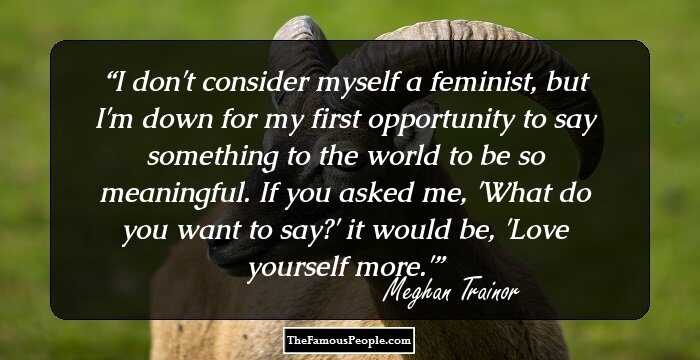 I don't consider myself a feminist, but I'm down for my first opportunity to say something to the world to be so meaningful. If you asked me, 'What do you want to say?' it would be, 'Love yourself more.' 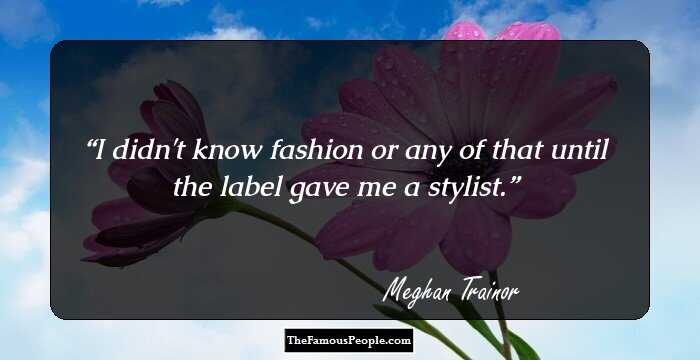 I didn't know fashion or any of that until the label gave me a stylist. 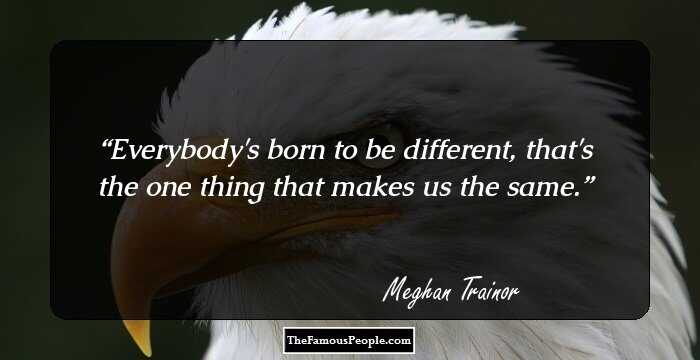 Everybody's born to be different, that's the one thing that makes us the same. 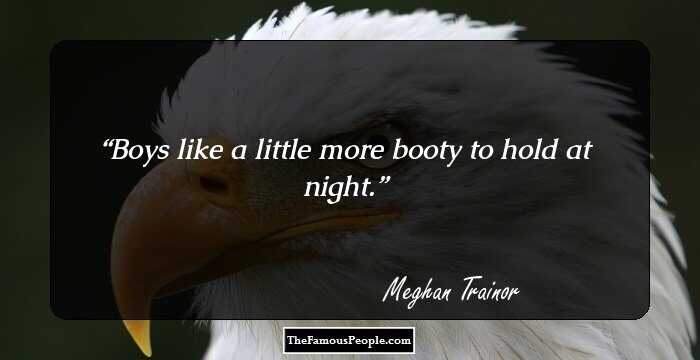 Boys like a little more booty to hold at night. 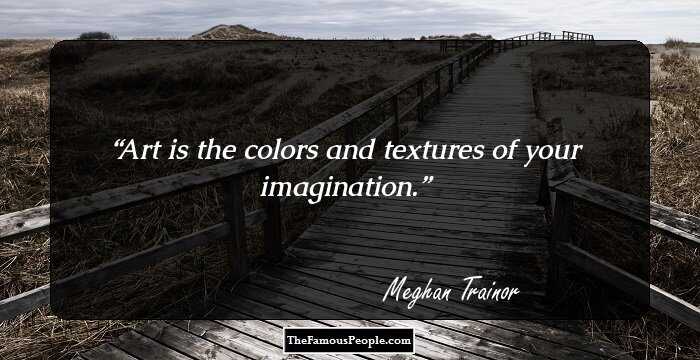 Art is the colors and textures of your imagination.

As the CEO running my life, running Meghan Trainor, I have to say 'no' to things all the time, and it's been very uncomfortable and very difficult. I've said 'no' and it's actually worked - even when I never thought it would work.

Every inch of you is perfect from the bottom to the top. My mama, she told me don't worry about your size. She says boys like a little more booty to hold at night. Yeah I won't be no stick figure silicone Barbie doll, so if that's what you're into then go ahead and move along.

I went from being a casual songwriter who wore big sweatshirts and leggings every day to someone telling me I was going to be a pop star who's on camera every day. I didn't know a lot about fashion because I had kind of given up on my relationship with clothes. Now, I have a stylist that's shown me the right places I can show off my body - but I still stick to my comfort zone in fittings. I want to be covered and I think I can be sexy fully covered. That learning process has been helping me with my confidence. And I follow actresses and singers who post on social media about being confident.

Owning your curves means being confident - actually being confident - in your own skin. Growing up was tricky for me, it was so hard to shop with all of my friends and not being able to fit into the tiny clothes they were wearing.