Famous As: Singer, Songwriter
Born On: April 17, 1964
Born In: Ravenna, Ohio, United States
Age: 58 Years
Maynard James Keenan, popularly known as MJK, is a renowned American musician and the lead singer of the famous metal band âToolâ. He joined army at the age of 17 which helped him fund his studies at a famous art college. After completing his studies, he survived doing petty jobs, and also worked as a bass guitarist for a few local clubs. This helped him work as a backup vocalist for songs of âThe Three Little Pigs" where his performance was appreciated. This encouraged him to move to Los Angeles in search of better opportunities and he met Adam Jones. He was fascinated by his singing skills and they went on to form a band called âToolâ. They debuted with âUndertowâ which turned out to be very successful and was certified as platinum. This was followed by âÃnimaâ which was a blockbuster and was initially certified as double platinum, and eventually went on to win the âGrammy Award for Best Metal Performanceâ. The band further gave several successful performances but also was in the limelight due to their personal differences. He also formed a band âPusciferâ and proved his mettle as an actor and winemaker. Following are a few renowned quotes and sayings by the multi-faceted artist which have been excerpted from his songs, interviews, thoughts, work and life. Read on the famous quotations and thoughts by Maynard James Keenan.
Listed In:
Musicians
Singers
Composers 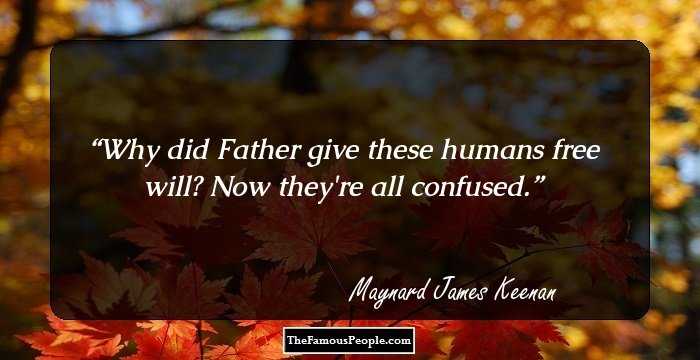 Why did Father give these humans free will? Now they're all confused. 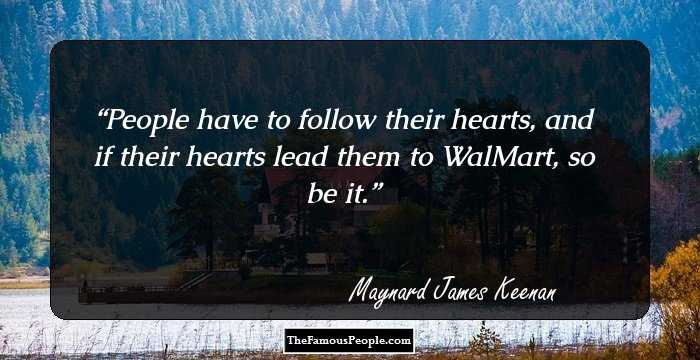 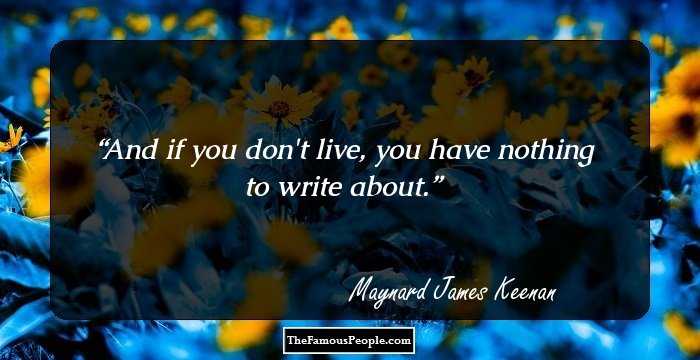 And if you don't live, you have nothing to write about. 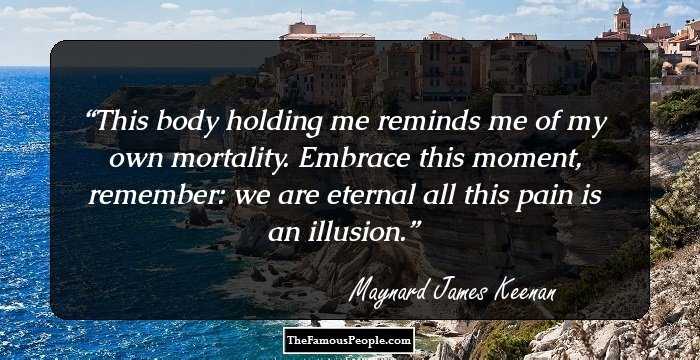 This body holding me reminds me of my own mortality. Embrace this moment, remember: we are eternal all this pain is an illusion. 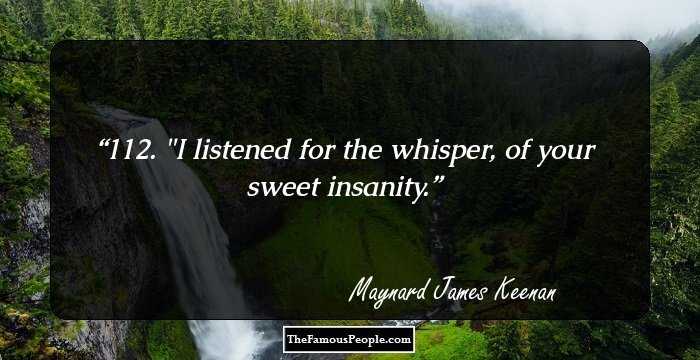 112. "I listened for the whisper, of your sweet insanity. 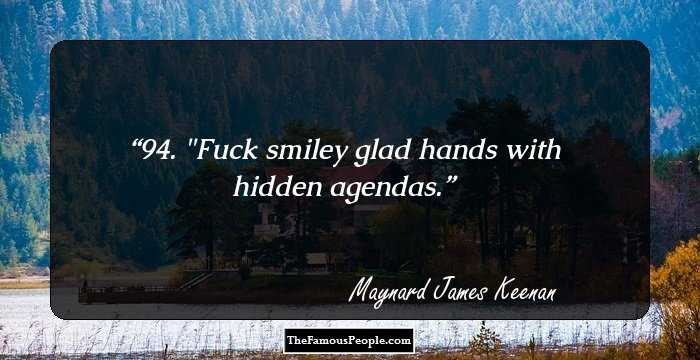 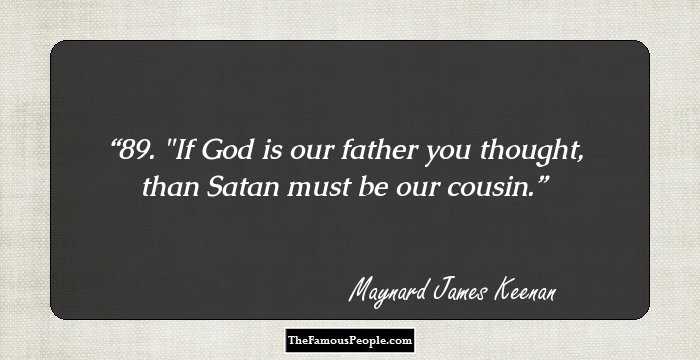 89. "If God is our father you thought, than Satan must be our cousin. 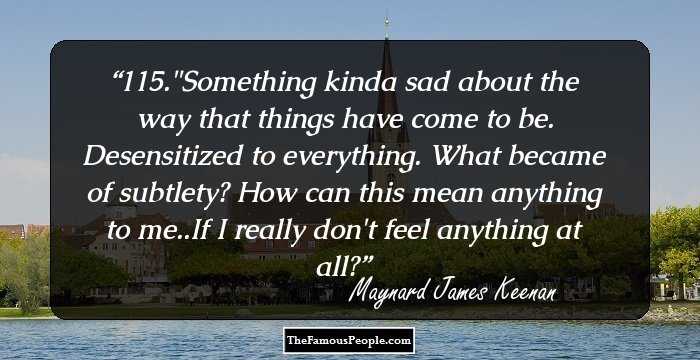 115."Something kinda sad about the way that things have come to be. Desensitized to everything. What became of subtlety? How can this mean anything to me..If I really don't feel anything at all? 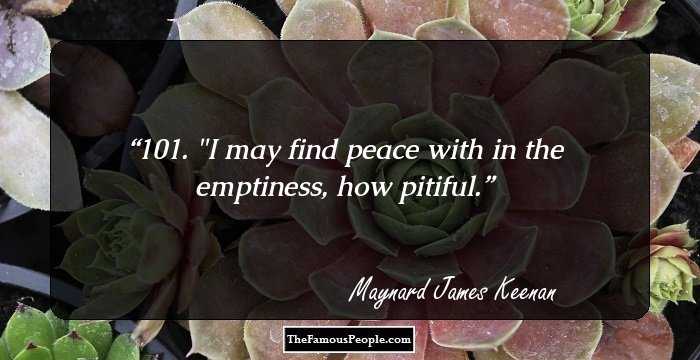 101. "I may find peace with in the emptiness, how pitiful. 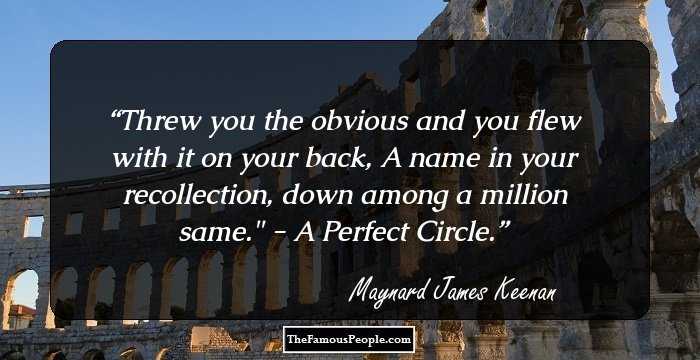 Threw you the obvious and you flew with it on your back, A name in your recollection, down among a million same." - A Perfect Circle. 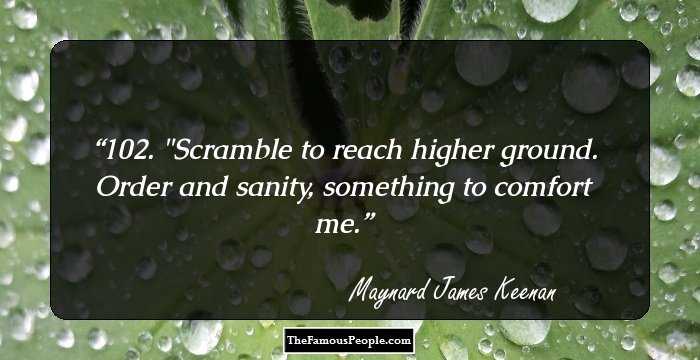 102. "Scramble to reach higher ground. Order and sanity, something to comfort me. 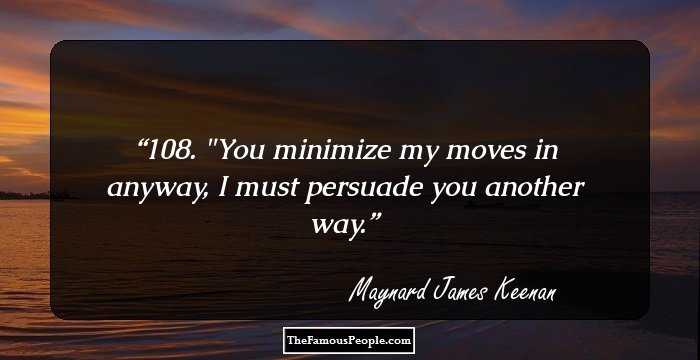 108. "You minimize my moves in anyway, I must persuade you another way.

You I
Maynard James Keenan