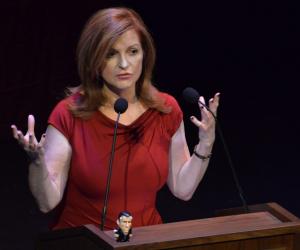 Maureen Dowd is an eminent American author and columnist for âThe New York Times.â She received the âPulitzer Prize,â in 1999, for her series of columns on the âMonica Lewinskyâ scandal. In 1983, she joined âThe New York Timesâ as a Metropolitan Reporter. Some of her notable works include âBushworld,â âAre Men Necessary?,â âAre Men Obsolete?,â and âThe Year of Voting Dangerously: The Derangement of American Politics,â besides others. We have gathered some famous sayings by Maureen Dowd, which have been collected from her writings, books, thoughts, columns, reports, and interviews. We bring to you a corpus of quotes by Maureen Dowd on people, success, motivational, sports, silence, attention, evil, celebrity, technology, men, optimism, sex, party, presidential, contempt, charity, earth, etc. 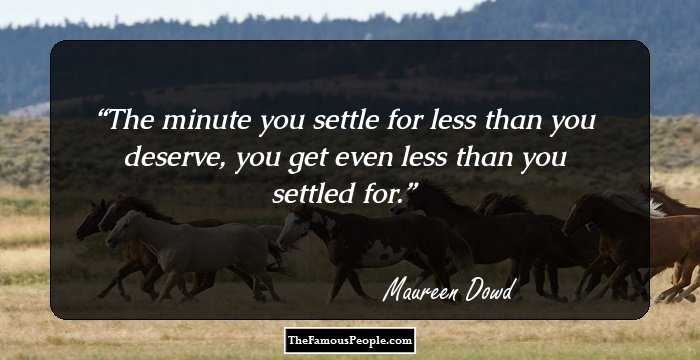 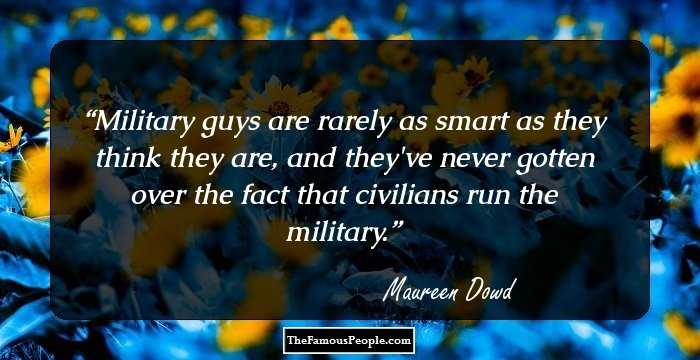 Military guys are rarely as smart as they think they are, and they've never gotten over the fact that civilians run the military. 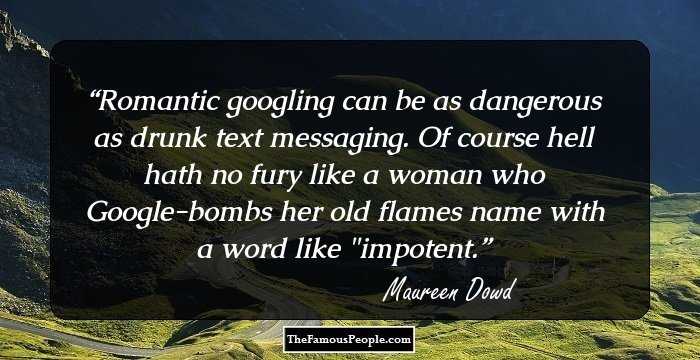 Romantic googling can be as dangerous as drunk text messaging. Of course hell hath no fury like a woman who Google-bombs her old flames name with a word like "impotent. 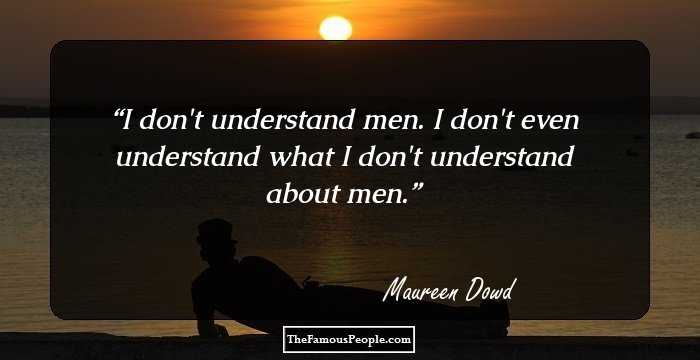 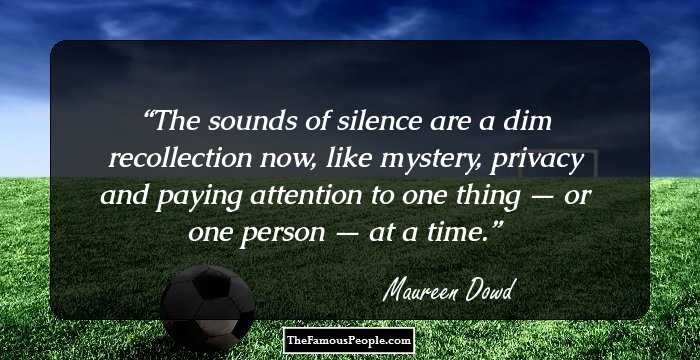 The sounds of silence are a dim recollection now, like mystery, privacy and paying attention to one thing — or one person — at a time. 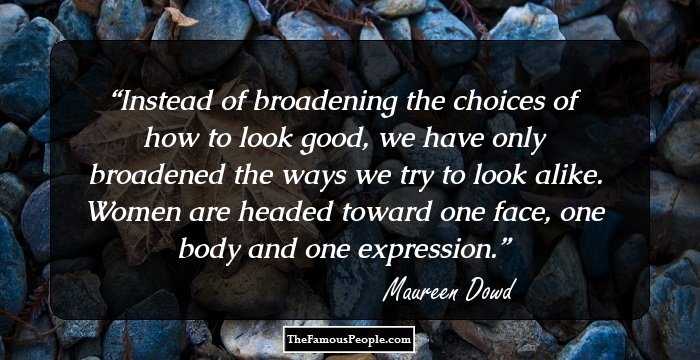 Instead of broadening the choices of how to look good, we have only broadened the ways we try to look alike. Women are headed toward one face, one body and one expression. 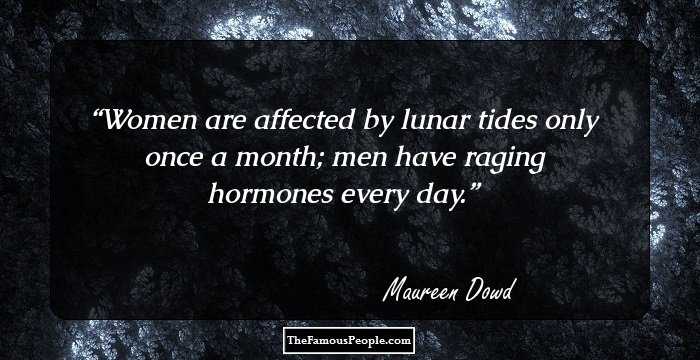 Women are affected by lunar tides only once a month; men have raging hormones every day. 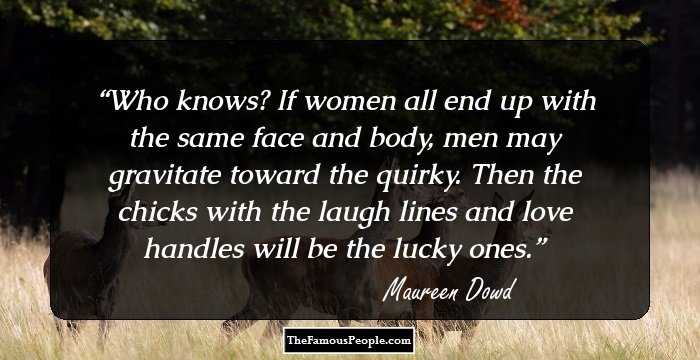 Who knows? If women all end up with the same face and body, men may gravitate toward the quirky. Then the chicks with the laugh lines and love handles will be the lucky ones. 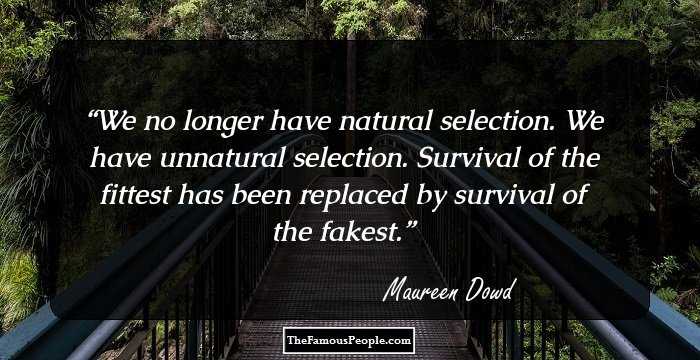 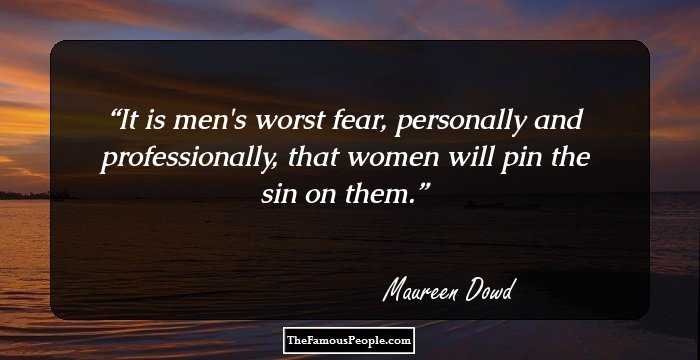 It is men's worst fear, personally and professionally, that women will pin the sin on them. 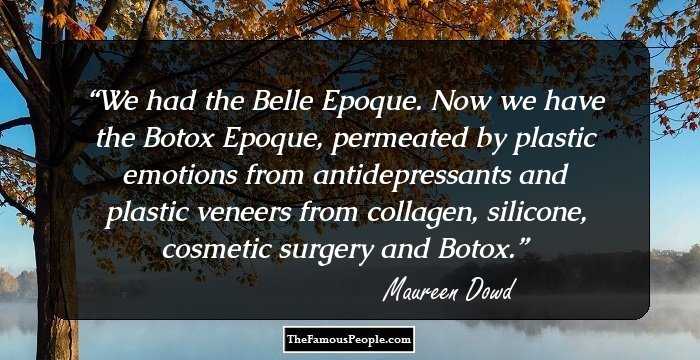 We had the Belle Epoque. Now we have the Botox Epoque, permeated by plastic emotions from antidepressants and plastic veneers from collagen, silicone, cosmetic surgery and Botox. 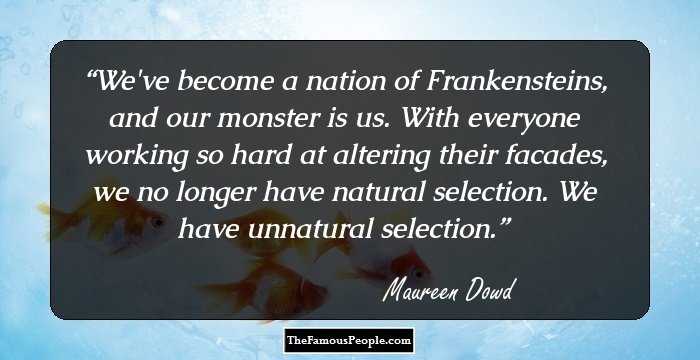 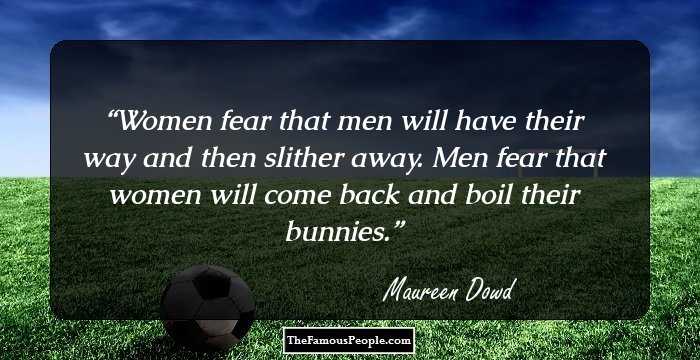 Women fear that men will have their way and then slither away. Men fear that women will come back and boil their bunnies. 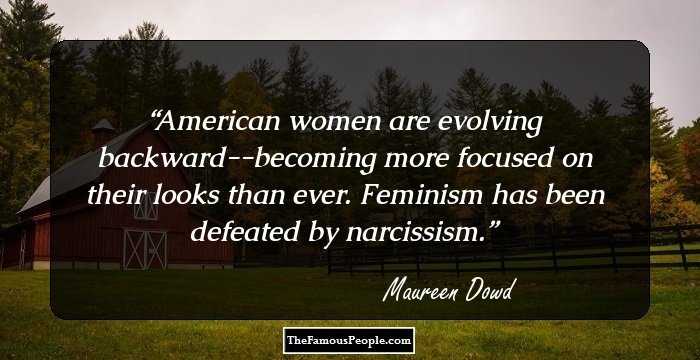 American women are evolving backward--becoming more focused on their looks than ever. Feminism has been defeated by narcissism. 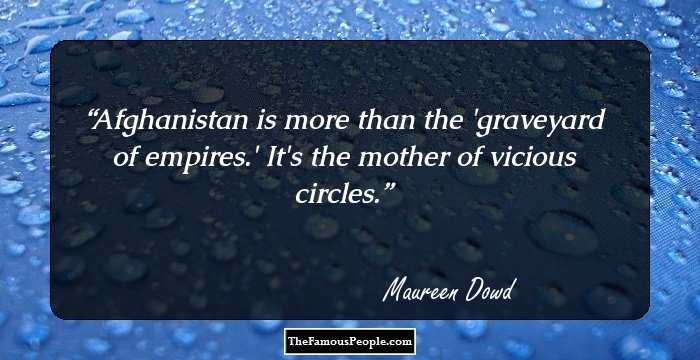 Afghanistan is more than the 'graveyard of empires.' It's the mother of vicious circles. 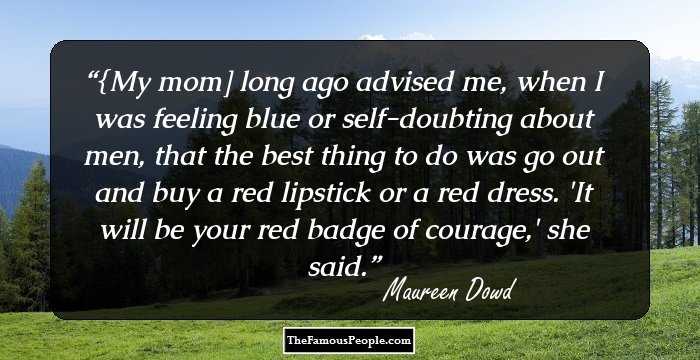 {My mom] long ago advised me, when I was feeling blue or self-doubting about men, that the best thing to do was go out and buy a red lipstick or a red dress. 'It will be your red badge of courage,' she said.

Me Will I
Maureen Dowd 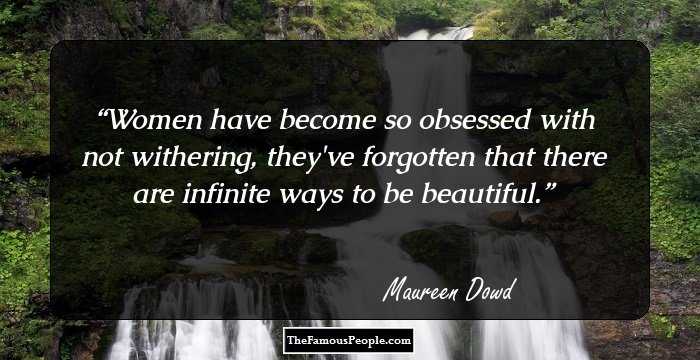 Women have become so obsessed with not withering, they've forgotten that there are infinite ways to be beautiful.

100 Memorable Quotes By Walt Whitman, The Author of Leaves of Grass 18 Top Pat Sajak Quotes That Will Brighten Your Day