Matt Dillon is an eminent American film director and actor. âOver the Edgeâ marked his film debut. He established himself as a teen idol when he appeared in films such âTex,â âThe Flamingo Kid,â âMy Bodyguard,â âRumble Fish,â âLittle Darlings,â and âThe Outsiders.â âCity of Ghostsâ marked his directorial debut. He bagged in an âIndependent Spirit Awardâ and earned the âAcademy Awardâ and âGolden Globe Awardâ nominations for his performance in the drama film âCrash.â Following is a list of quotes by Matt Dillon, which have been excerpted from his films, dialogues, interviews, tweets, etc. Go through the collection of thoughts by Matt Dillon on people, children, relationships, politics, music, father, experience, comedy, romantic, history, friends, character, and more. 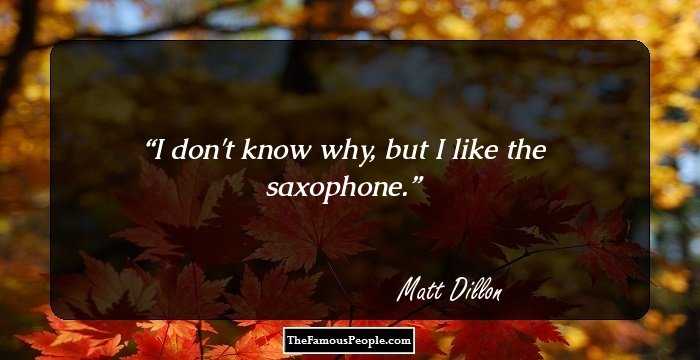 I don't know why, but I like the saxophone. 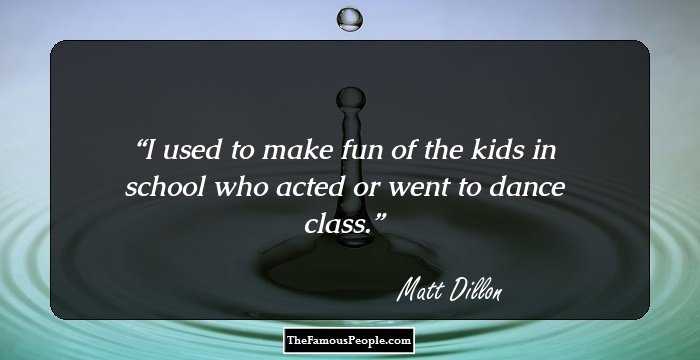 I used to make fun of the kids in school who acted or went to dance class. 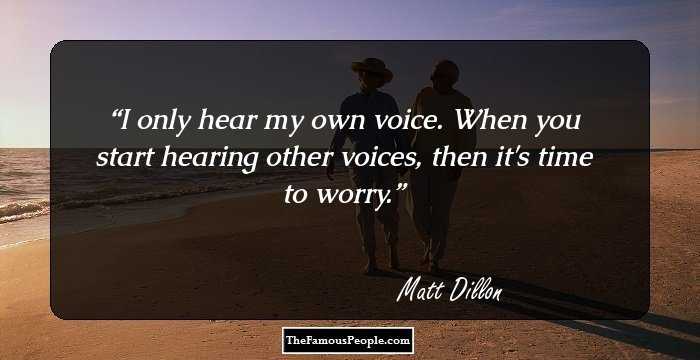 I only hear my own voice. When you start hearing other voices, then it's time to worry. 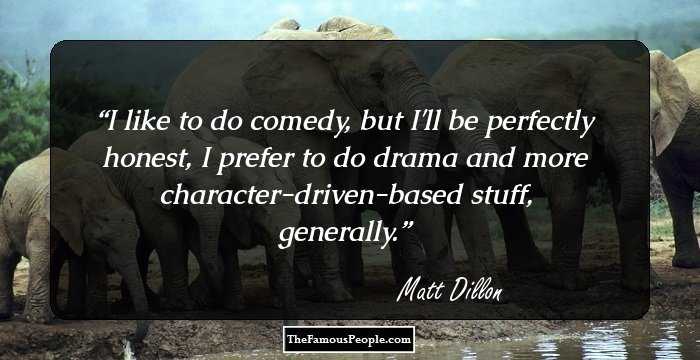 I like to do comedy, but I'll be perfectly honest, I prefer to do drama and more character-driven-based stuff, generally. 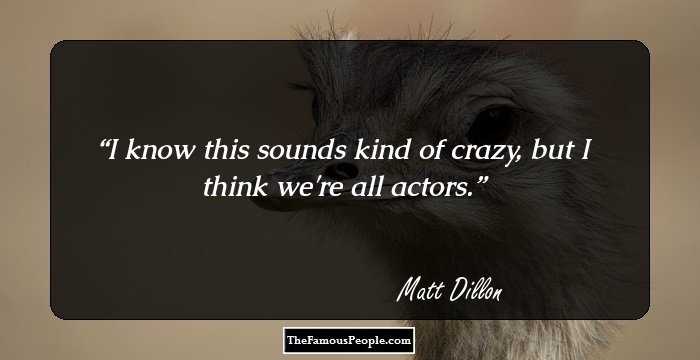 I know this sounds kind of crazy, but I think we're all actors. 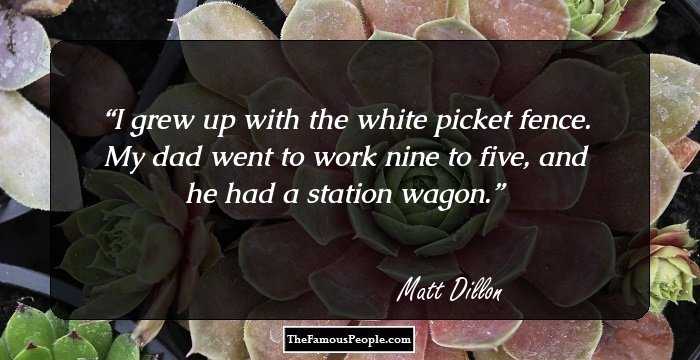 I grew up with the white picket fence. My dad went to work nine to five, and he had a station wagon. 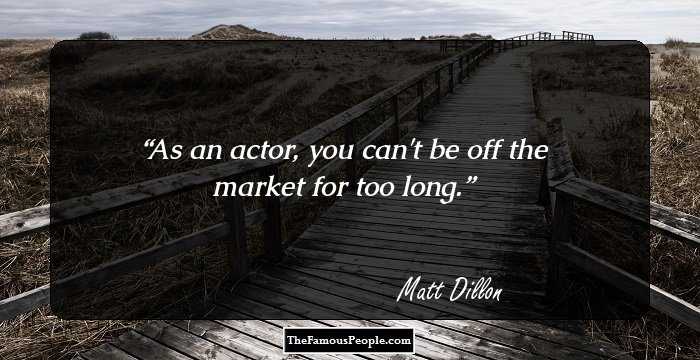 As an actor, you can't be off the market for too long. 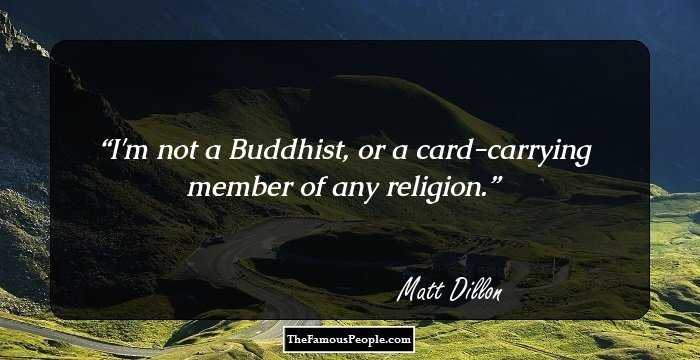 I'm not a Buddhist, or a card-carrying member of any religion. 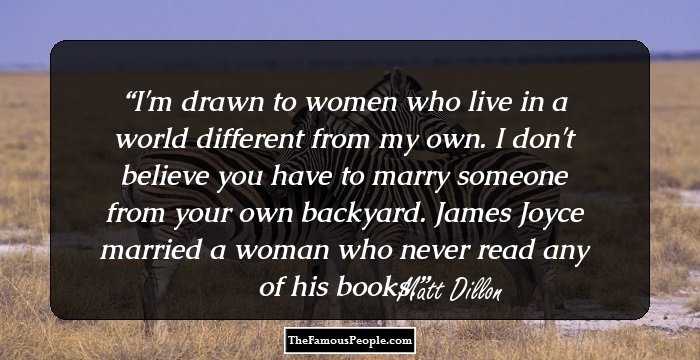 I'm drawn to women who live in a world different from my own. I don't believe you have to marry someone from your own backyard. James Joyce married a woman who never read any of his books. 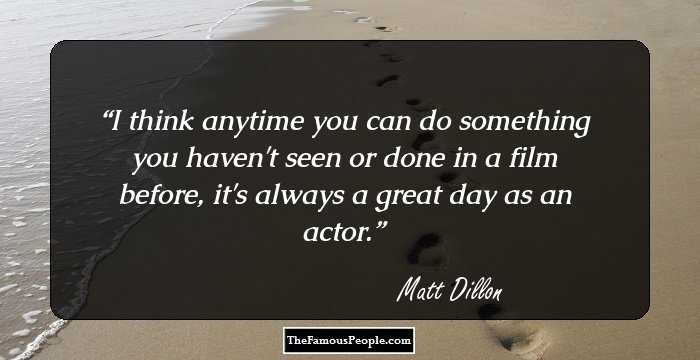 I think anytime you can do something you haven't seen or done in a film before, it's always a great day as an actor. 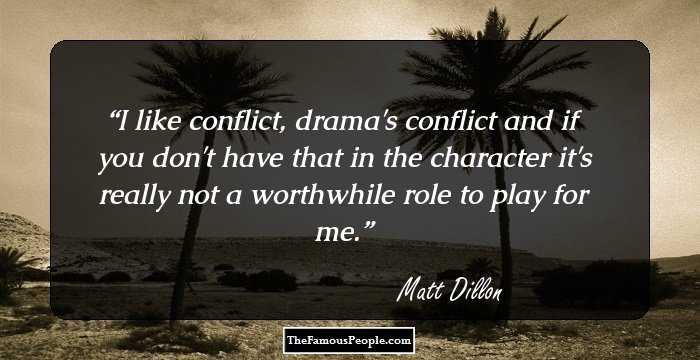 I like conflict, drama's conflict and if you don't have that in the character it's really not a worthwhile role to play for me.

I have always wanted to play different kinds of stuff, but it's hard, first to find good material, and then to change people's perception of you so they'll let you do it. I mean, I would really like to play a poet, but once they get this notion of you as a street guy, it's hard to change that. 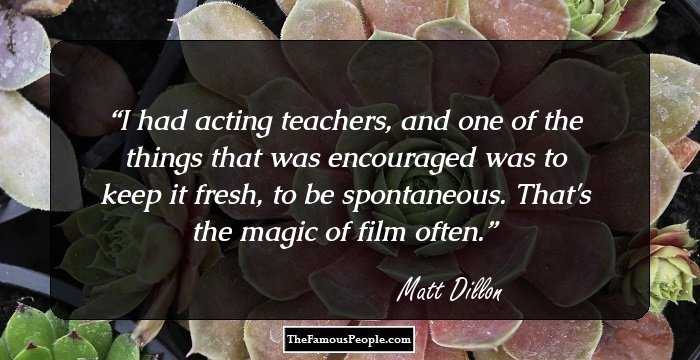 I had acting teachers, and one of the things that was encouraged was to keep it fresh, to be spontaneous. That's the magic of film often. 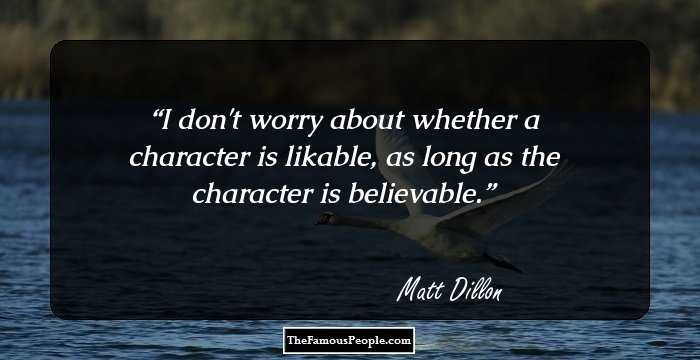 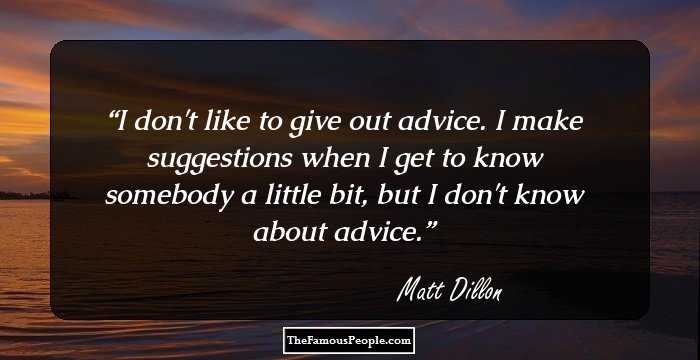 I don't like to give out advice. I make suggestions when I get to know somebody a little bit, but I don't know about advice. 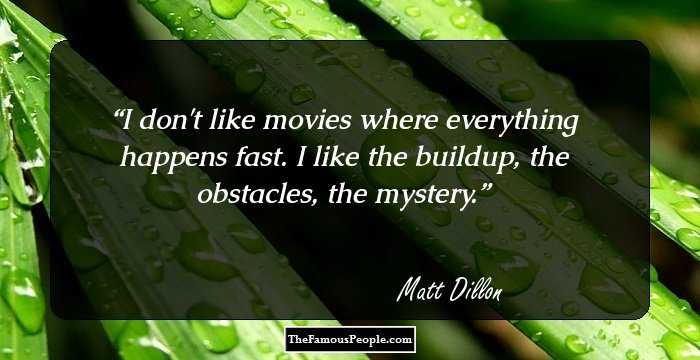 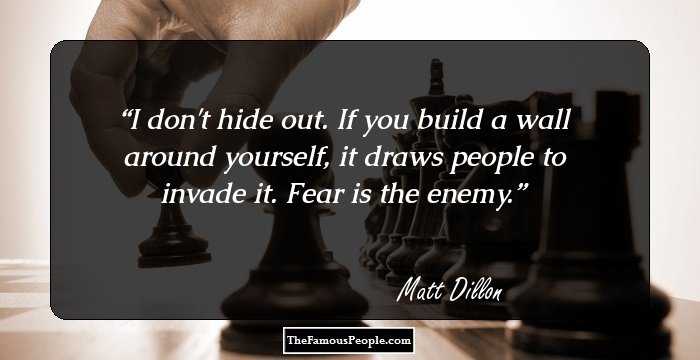 I don't hide out. If you build a wall around yourself, it draws people to invade it. Fear is the enemy. 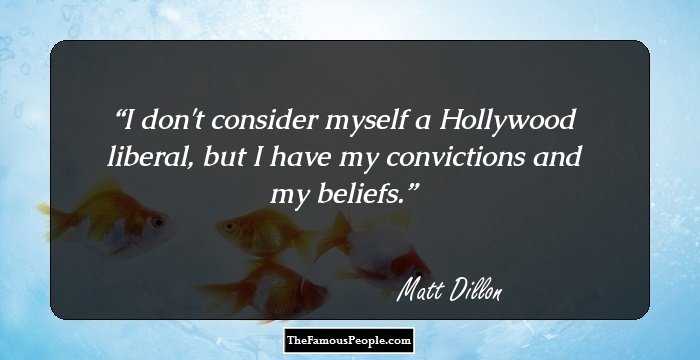 I don't consider myself a Hollywood liberal, but I have my convictions and my beliefs. 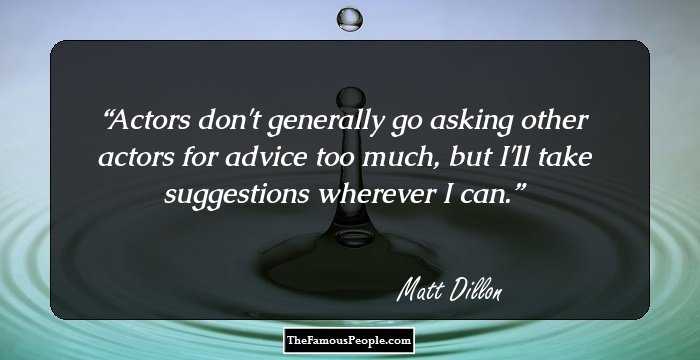 Actors don't generally go asking other actors for advice too much, but I'll take suggestions wherever I can. 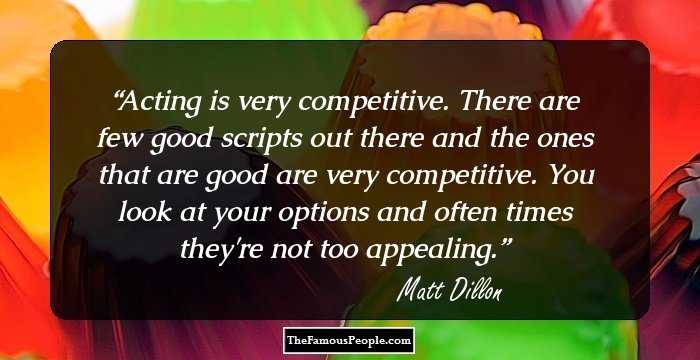 I do get bottled up in interviews. You're thinking about what you're saying, and suddenly you get all tangled. So people think I'm sullen, or that I don't have much to say. But my friends will tell you: a lot of times I talk too much.

I look for really great characters. I say great because as long as they're really good, there's something you can do. And really good storytelling. And when people ask me what the story is, I say it's really several stories really. They're intermeshed.

I sometimes think love is God's way of hoodwinking people into having kids. You fall in love, and all that passion goes into procreating and wanting children. I've felt that need to want to raise a child. It's a creative urge.

I think the reason I've survived that long is because I've taken my work so seriously. Maybe sometimes too seriously, but it's always been important for me to do my best regardless of the film. I think the biggest compliment I get is when people on the street stop me and say they've liked the choices I've made.