Mark David Chapman is an American convict who murdered John Lennon on December 8, 1980. While he had no personal grudge against Lennon, his statements later proved that he was mentally unstable. Born in Texas and raised in Georgia, Mark hailed from a middle class American family, and had no criminal background and was happily married. While he was a big fan of the Beatles, John Lennonâs band, Mark was later miffed with a few statements made by Lennon. A huge fan of the âCatcher in the Ryeâ by J.D. Salinger, Mark did not make any attempts to flee and was apprehended by the police. We have compiled some of Mark David Chapman quotes on aggression, blood, anger, love, and John Lennon, taken from his interviews, media bites, and court-room appearances. 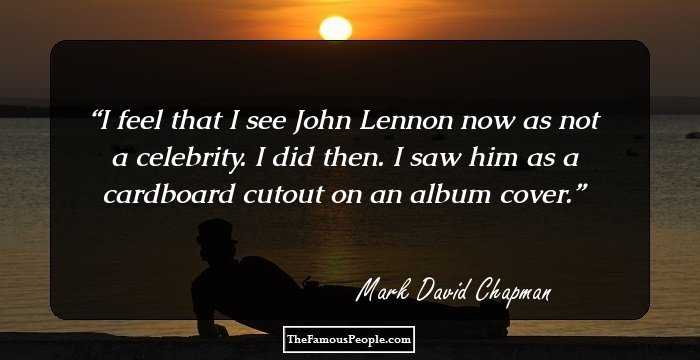 I feel that I see John Lennon now as not a celebrity. I did then. I saw him as a cardboard cutout on an album cover. 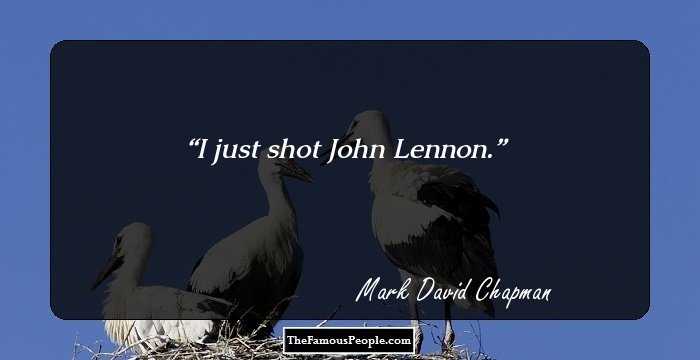 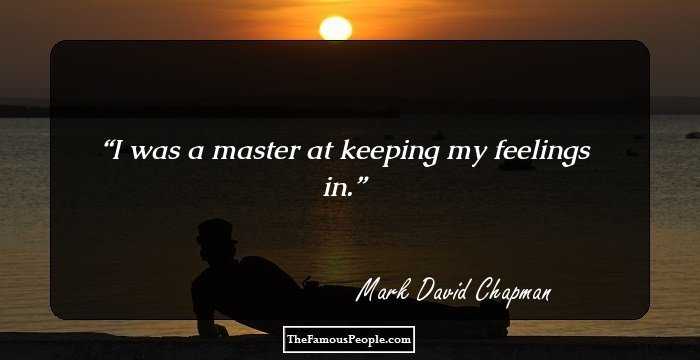 I was a master at keeping my feelings in. 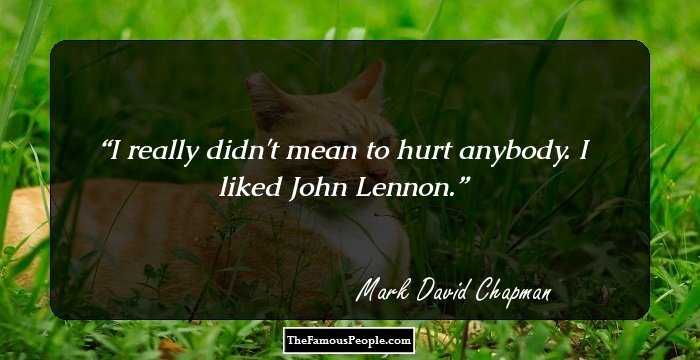 I really didn't mean to hurt anybody. I liked John Lennon. 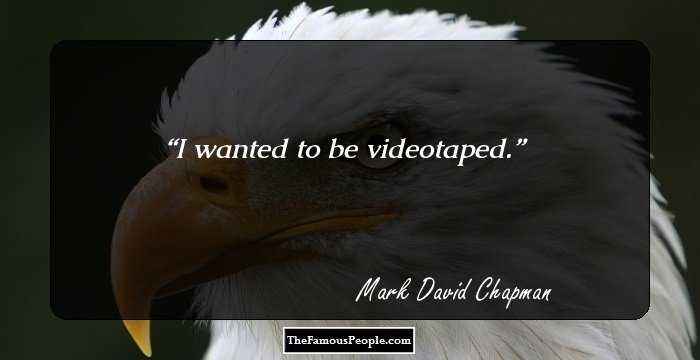 I wanted to be videotaped. 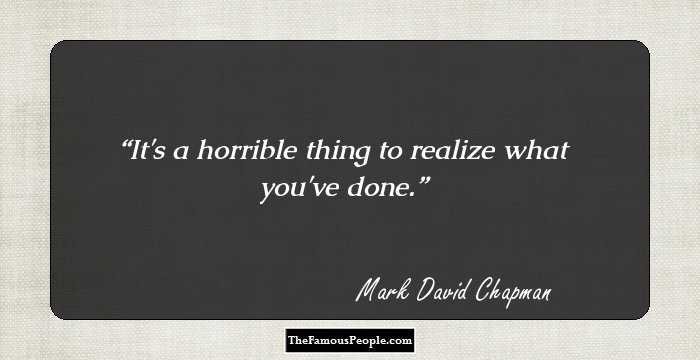 It's a horrible thing to realize what you've done. 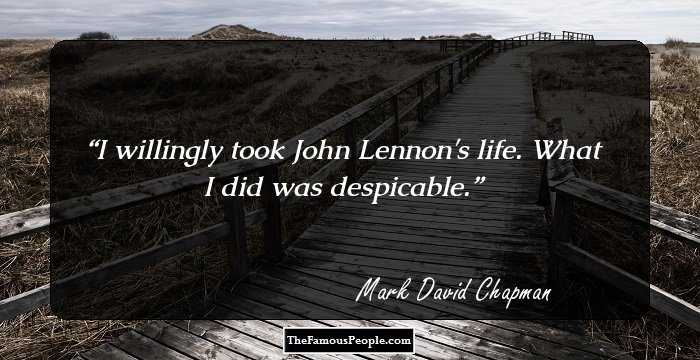 I willingly took John Lennon's life. What I did was despicable. 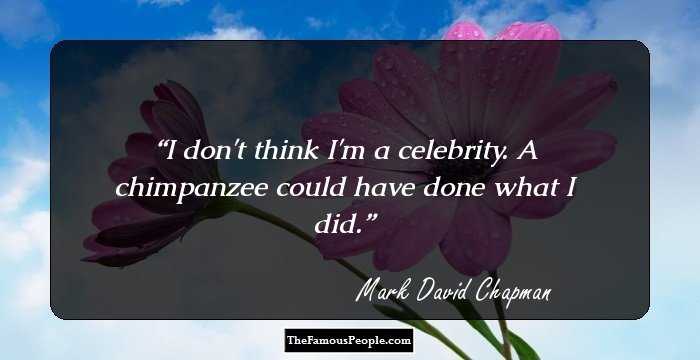 I don't think I'm a celebrity. A chimpanzee could have done what I did. 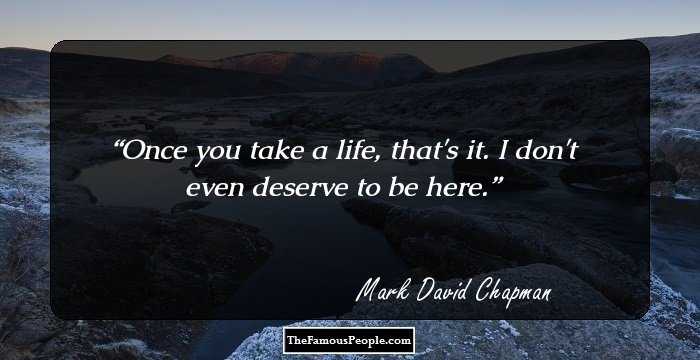 Once you take a life, that's it. I don't even deserve to be here. 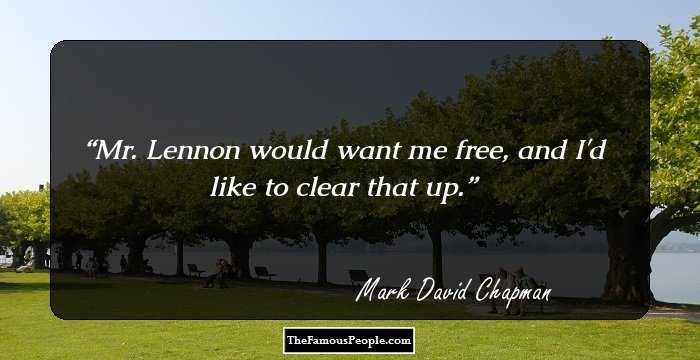 Mr. Lennon would want me free, and I'd like to clear that up. 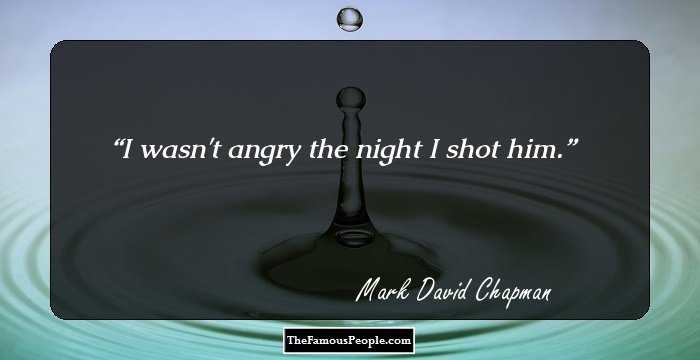 I wasn't angry the night I shot him. 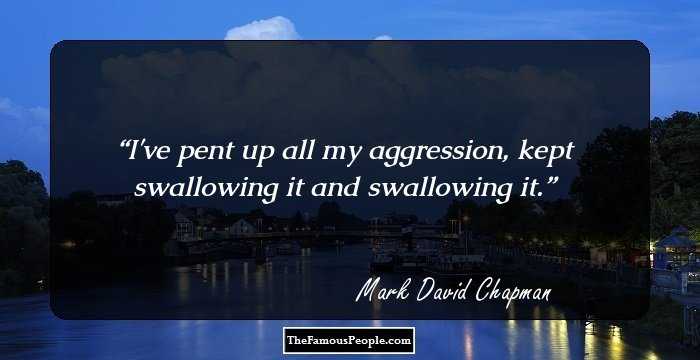