Maria Antonia Josepha Johanna, popularly known as Marie Antoinette, was the last Queen of France before the onset of French Revolution. Antoinette married Louis-Auguste, who went on to become King Louis XVI. Despite her initial popularity with the masses, Mariaâs adulation from her subjects dissolved over a period of time due her alleged promiscuity, extravagant spendthrift lifestyle and friendship with French enemies. Eventually, she was tagged as âMadame Deficitâ especially after the âDiamond Necklace Affairâ in which Marie embezzled large sum of fraudulent money from the crown jewelers over a fake necklace. This added fuel to the already ignited fire against the French monarchs which culminated into the French Revolution. After the abolishment of MonarchyÂ in 1792, Maria was guillotined at Place de la RÃ©volution on account of high treason by Revolutionary Tribunals. There is a school of thought which believes that Marie Antoinette was the living embodiment of what was wrong during the Monarch regime. ThoughÂ many counter this argument by portraying Antoinette as the scapegoat for political and hierarchical turmoil prevalent in the regime. Let us go through some of the most intriguing quotes and thoughts from this controversial figure in French history which has been excerpted from her work and life. Following are the most famous quotations and sayings by Marie Antoinette. 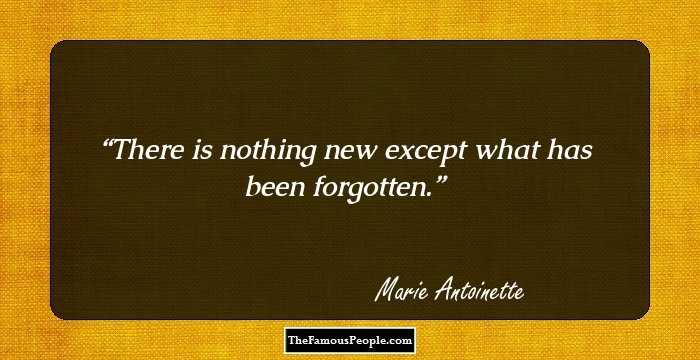 There is nothing new except what has been forgotten. 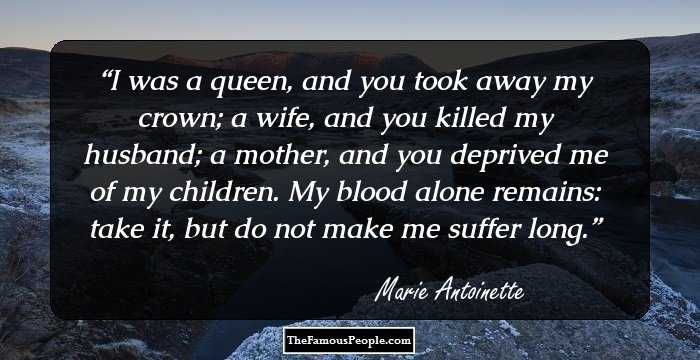 I was a queen, and you took away my crown; a wife, and you killed my husband; a mother, and you deprived me of my children. My blood alone remains: take it, but do not make me suffer long.

You Me Alone Children I
Marie Antoinette 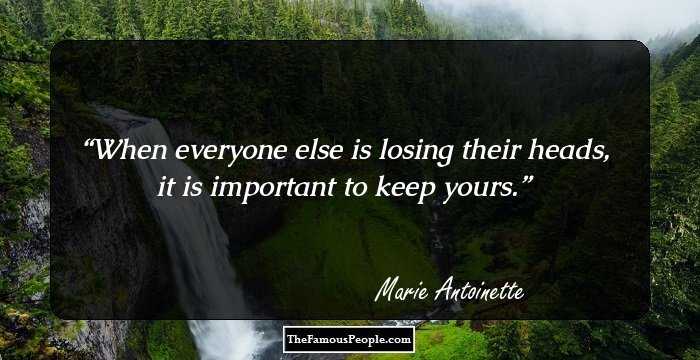 When everyone else is losing their heads, it is important to keep yours. 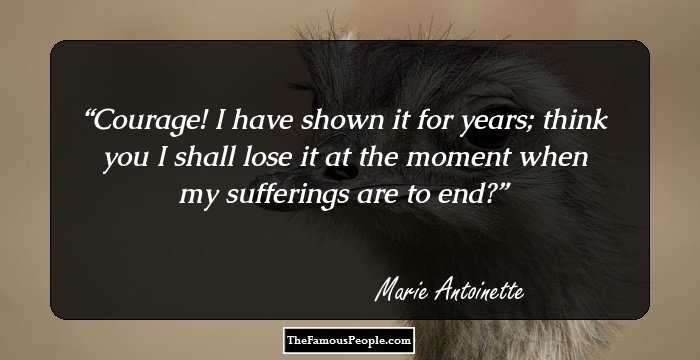 Courage! I have shown it for years; think you I shall lose it at the moment when my sufferings are to end?

You Think I
Marie Antoinette 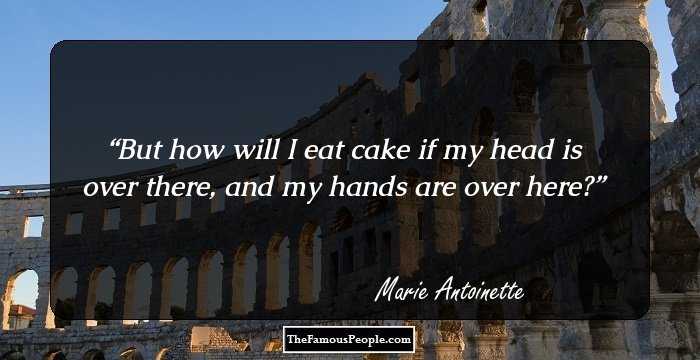 But how will I eat cake if my head is over there, and my hands are over here?

Will I
Marie Antoinette 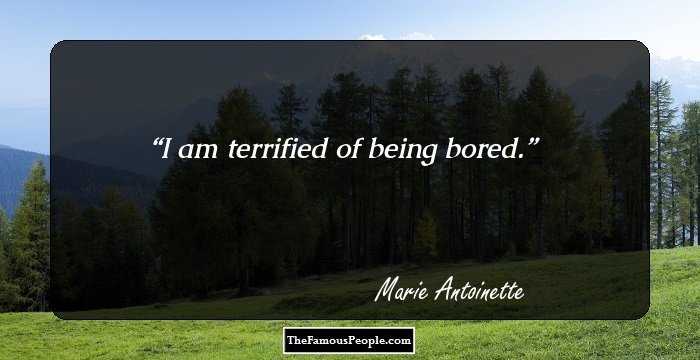 I am terrified of being bored. 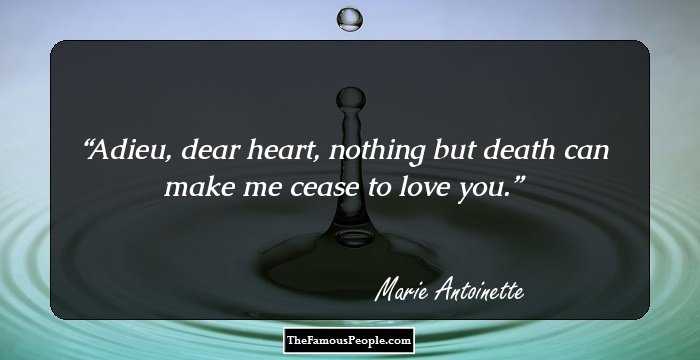 Adieu, dear heart, nothing but death can make me cease to love you. 21 Thought-Provoking Quotes By Alfred the Great 69 Insightful Alexander The Great Quotes That Give Several Life Lessons