Famous As: Writer, Lawyer
Born On: June 6, 1939
Born In: Bennettsville
Founder / Co Founder: Children's Defense Fund.
Age: 83 Years
Marian Wright Edelman is a famous activist best known for her support of the disadvantaged people of America. During her initial days, she was a part of the âCivil Rights Movementâ and was even arrested for her activism. This arrest enlightened her to pursue law as a career and she became the first Afro-American woman to join âThe Mississippi Barâ. There, she closely worked on issues like racial justice and also established a âHead Start Programâ which assured education and healthy life for poor children. She further moved to Washington D.C. to support the âPoor People's Campaign of Martin Luther King Jr.â. She was very concerned about the poor and needy which motivated her to found the âChildren's Defense Fundâ. Through this foundation, she urged the Congress to improvise various laws on adoption and child care for the benefit of the poor children. Her activism for the betterment of the society brought her many awards and accolades including âBarnard Medal of Distinctionâ and âPresidential Medal of Freedomâ. Here is a collection of sayings and quotations by the renowned activist. We have curated her quotes from her books, writings, interviews, speeches, work and thoughts. Go through the renowned quotes and thoughts by Marian Wright Edelman that will definitely inspire you to serve the needy!
Listed In:
Writers
Activists
Lawyers & Judges 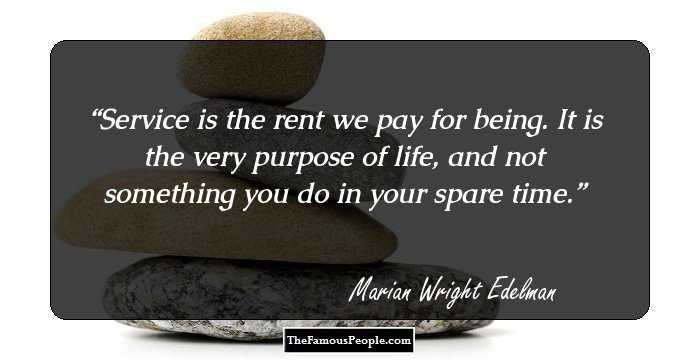 Service is the rent we pay for being. It is the very purpose of life, and not something you do in your spare time. 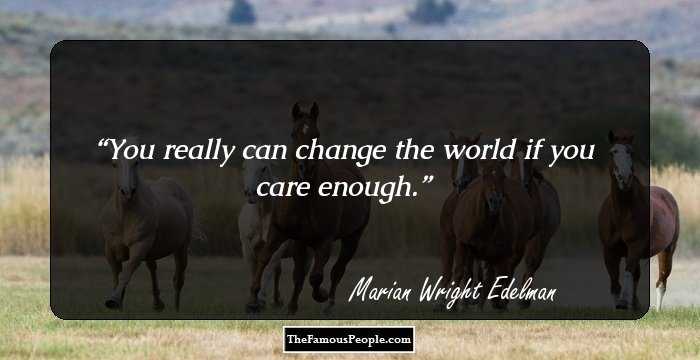 You really can change the world if you care enough. 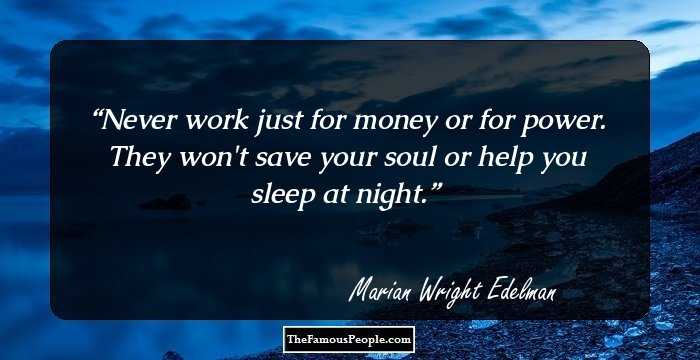 Never work just for money or for power. They won't save your soul or help you sleep at night. 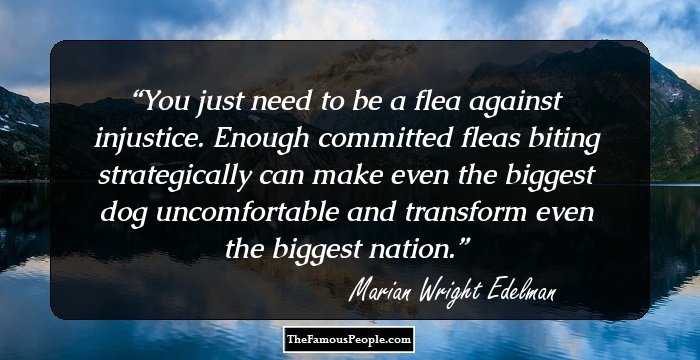 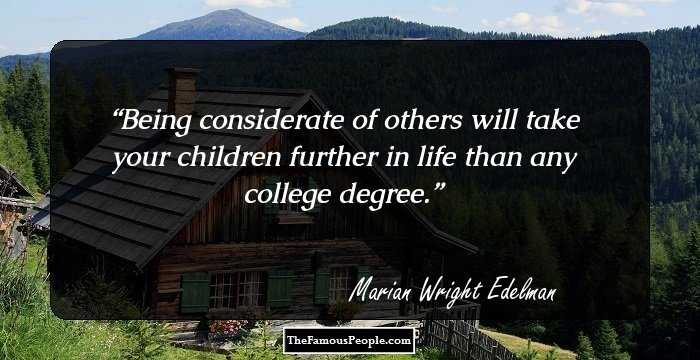 Being considerate of others will take your children further in life than any college degree. 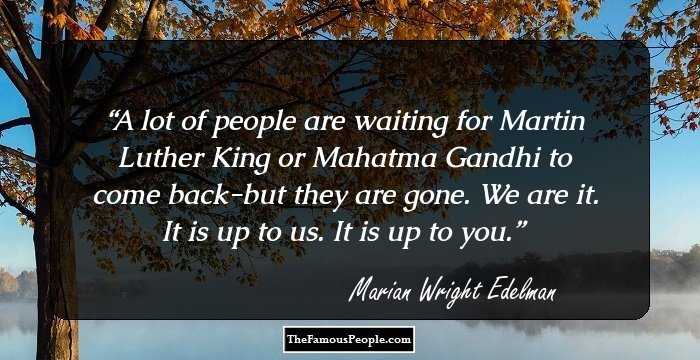 A lot of people are waiting for Martin Luther King or Mahatma Gandhi to come back-but they are gone. We are it. It is up to us. It is up to you. 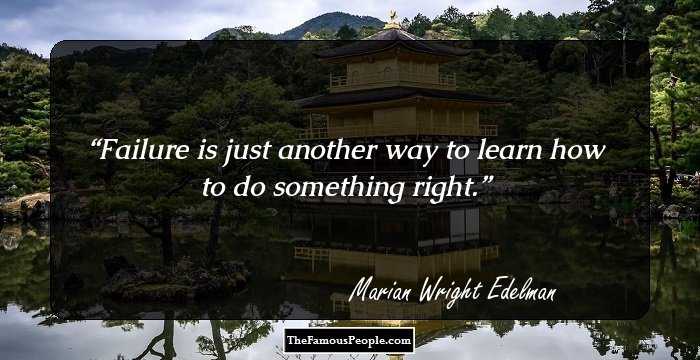 Failure is just another way to learn how to do something right. 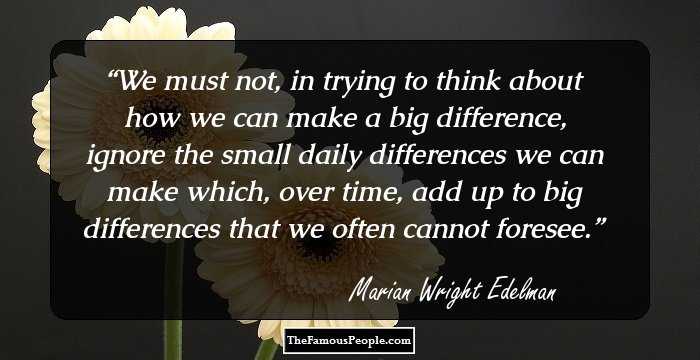 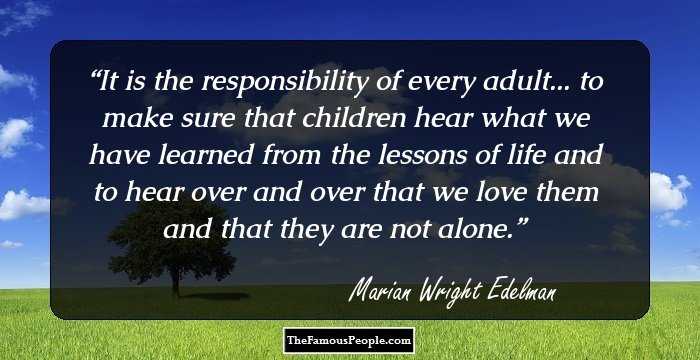 It is the responsibility of every adult... to make sure that children hear what we have learned from the lessons of life and to hear over and over that we love them and that they are not alone. 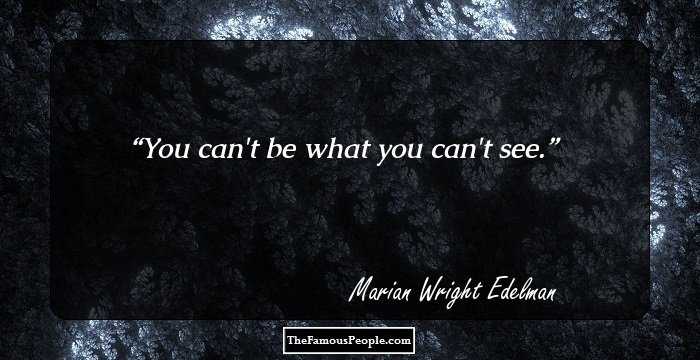 You can't be what you can't see. 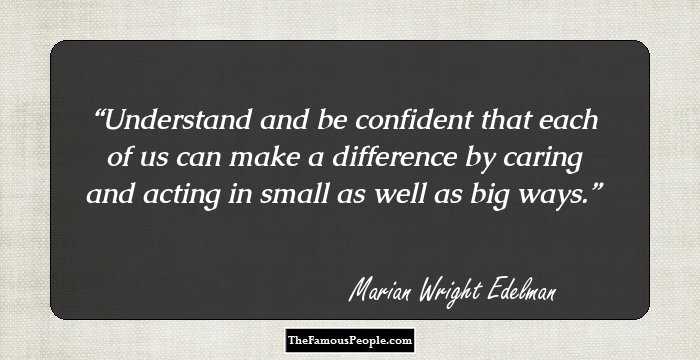 Understand and be confident that each of us can make a difference by caring and acting in small as well as big ways. 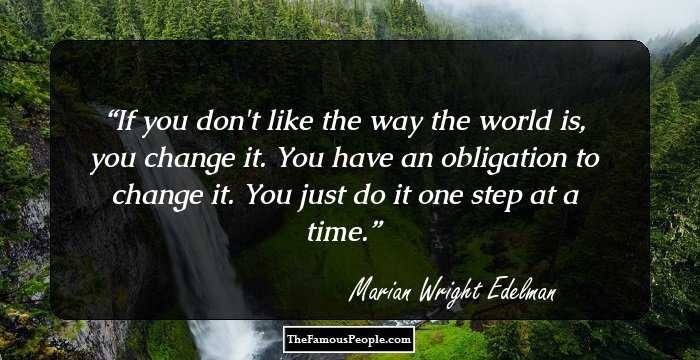 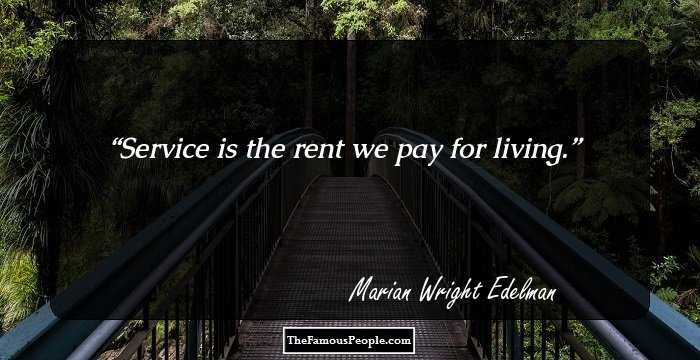 Service is the rent we pay for living. 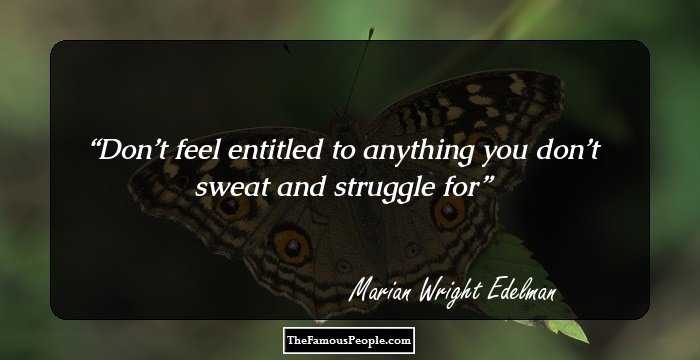 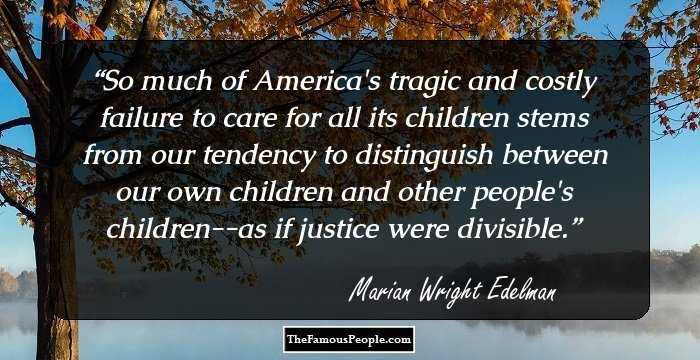 So much of America's tragic and costly failure to care for all its children stems from our tendency to distinguish between our own children and other people's children--as if justice were divisible. 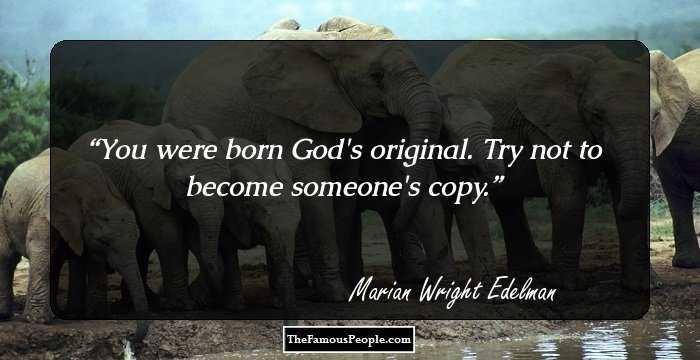 You were born God's original. Try not to become someone's copy. 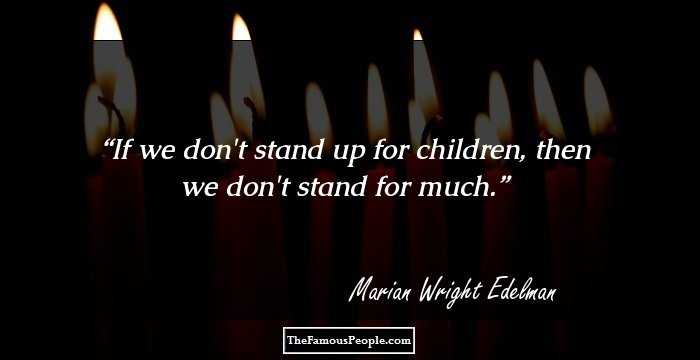 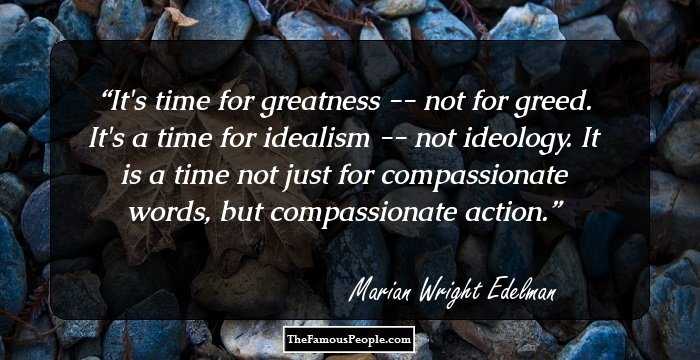 It's time for greatness -- not for greed. It's a time for idealism -- not ideology. It is a time not just for compassionate words, but compassionate action. 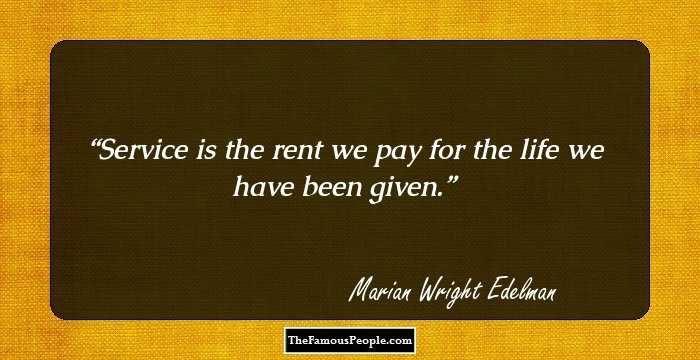 Service is the rent we pay for the life we have been given.