A real godfather and well-loved mobster who ruled pockets of the United States, Lucky Luciano was a respected figure despite contradictory assertions. Luciano turned to the mafia when he realized his poverty and helplessness earned him nothing. From a young rising gangster, he became a criminal overlord who ran a successful syndicate in the United States. His tactics, both violent and diplomatic, earned him the grudging respect of many intellectuals; even magazines hailed him as a business genius. His popularity was such that his funeral witnessed over 2000 mourners. His pearls of wisdom and lessons are often collected into books and articles, which are increasingly popular. We have complied the infamous mobsterâs quotes from his autobiography, books about him, articles, and newspapers. You can find his opinions and sayings about money, mafia, America, class, and gangs here. 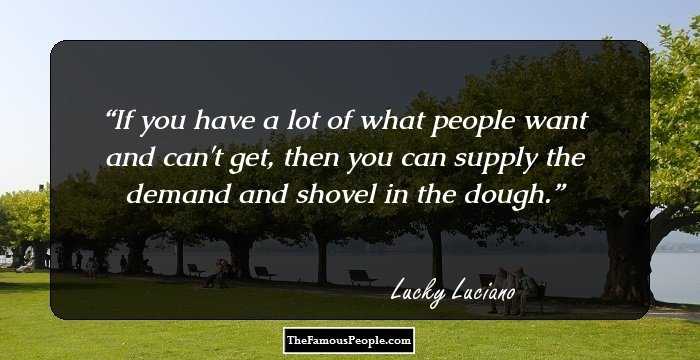 If you have a lot of what people want and can't get, then you can supply the demand and shovel in the dough. 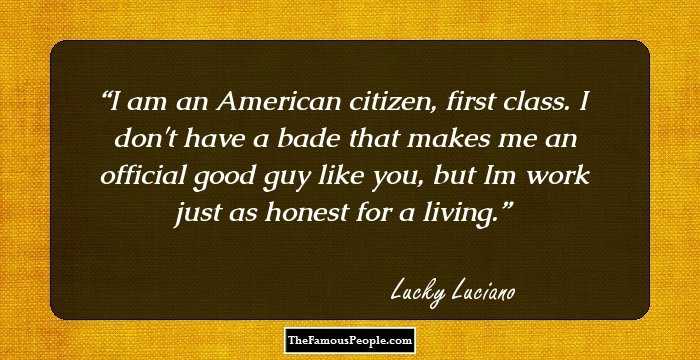 I am an American citizen, first class. I don't have a bade that makes me an official good guy like you, but Im work just as honest for a living. 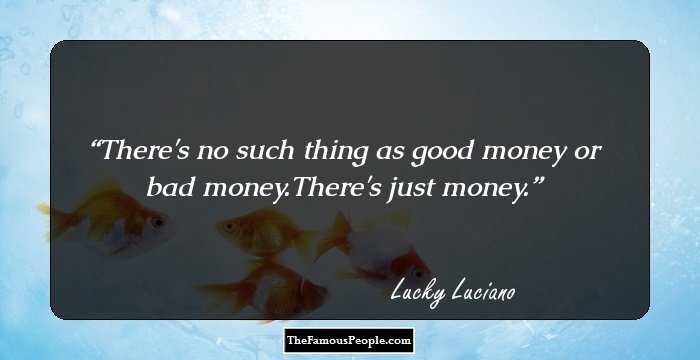 There's no such thing as good money or bad money.There's just money. 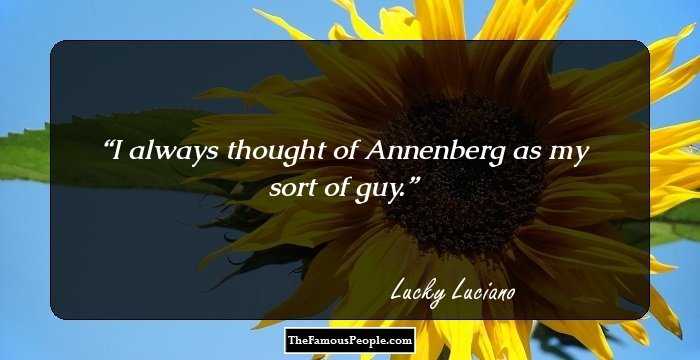 I always thought of Annenberg as my sort of guy. 11 Famous Quotes By Pablo Escobar, The Undisputed King Of Crime 75 Amazing quotes by Tupac Shakur That Will Change Your Life