6 Louis Farrakhan Quotes You Should Not Miss

Louis Farrakhan is an eminent American political activist and religious leader. He heads the âNation of Islam (NOI).â The âSouthern Poverty Law Centreâ describes this organization as a hate group and as Black Nationalist. Prior to this, Farrakhan served as the minister of mosques in Harlem and Boston. We bring to you a collection of famous sayings by Louis Farrakhan on love, speech, life, regret, truth, hate, believe, envy, justice, children, leader, people, struggle, Islam, hope, character, hope, humanity, freedom, spiritual, goals, progressive, etc. 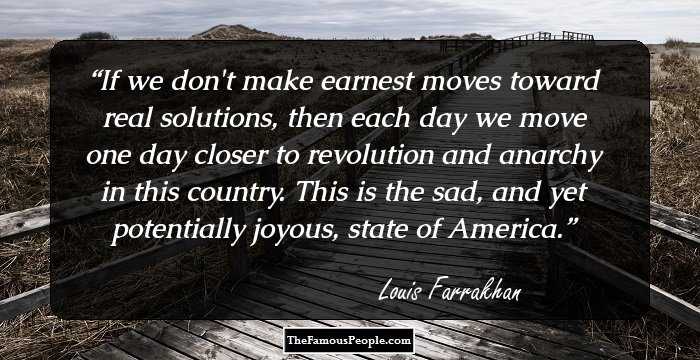 If we don't make earnest moves toward real solutions, then each day we move one day closer to revolution and anarchy in this country. This is the sad, and yet potentially joyous, state of America. 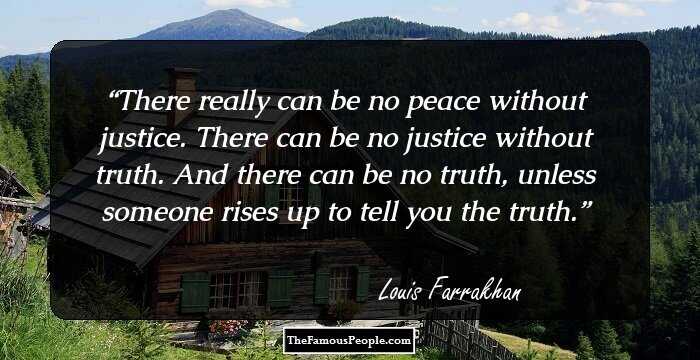 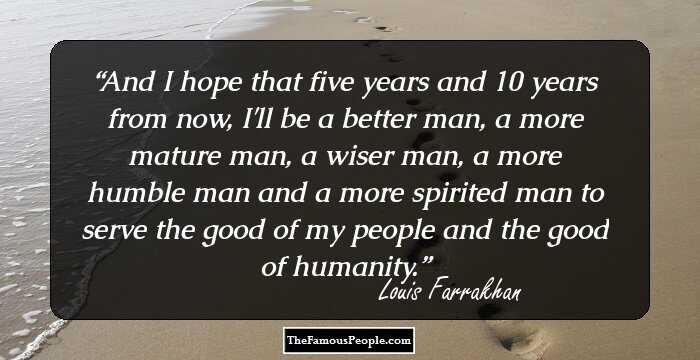 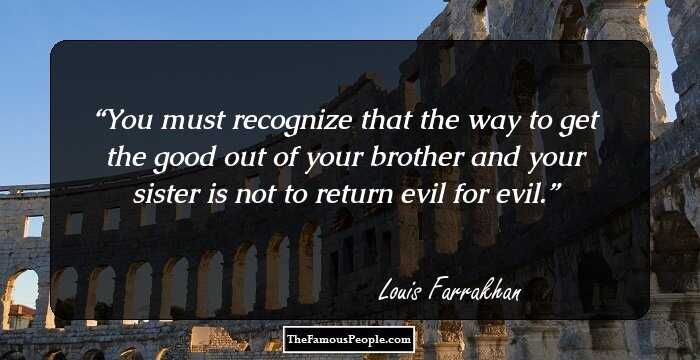 You must recognize that the way to get the good out of your brother and your sister is not to return evil for evil. 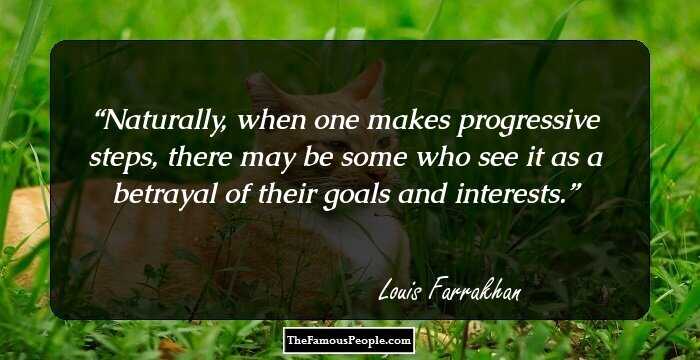 Naturally, when one makes progressive steps, there may be some who see it as a betrayal of their goals and interests. 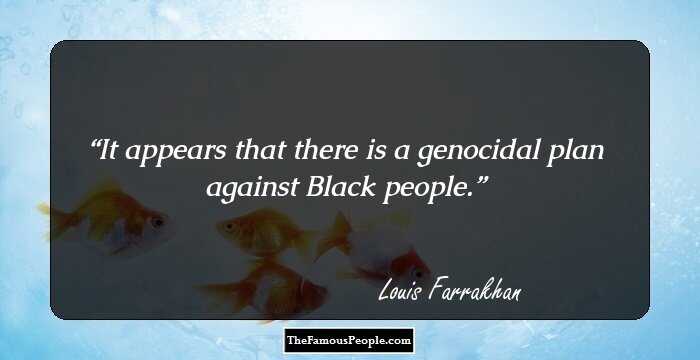 It appears that there is a genocidal plan against Black people.