Famous As: Singer and Songwriter
Born On: June 21, 1985
Born In: Manhattan, New York, United States
Age: 37 Years
Elizabeth Woolridge Grant, renowned as Lana Del Rey, is a well-known American poet, songwriter and singer. She is known for her writing and music that consists of themes of melancholia, tragic romance, glamour, stylized cinematography and references to pop culture. In 2011, she hogged the limelight for the viral success of âVideo Games,â her debut single. She gained international recognition with âBorn to Die.â Her third album, âUltraviolence,â brought her critical acclaim. She bagged in a âGolden Globeâ nomination for her drama film âBig Eyes.â She earned a âGrammyâ nomination and critical acclaim across the globe for âFucking Rockwell!.â Here is a compilation of popular sayings by Lana Del Rey which have been curated from her songs, movies, writings, interviews, and lyrics.
Listed In:
Musicians
Singers 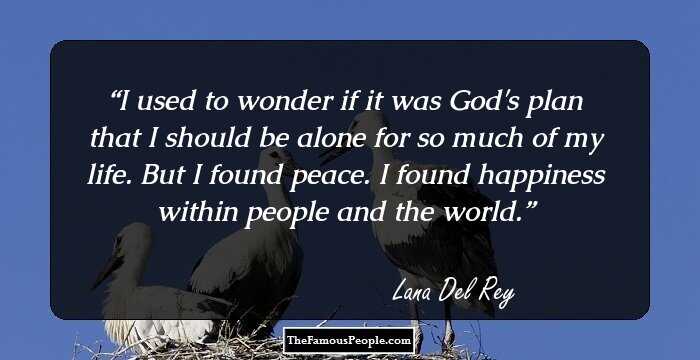 I used to wonder if it was God's plan that I should be alone for so much of my life. But I found peace. I found happiness within people and the world. 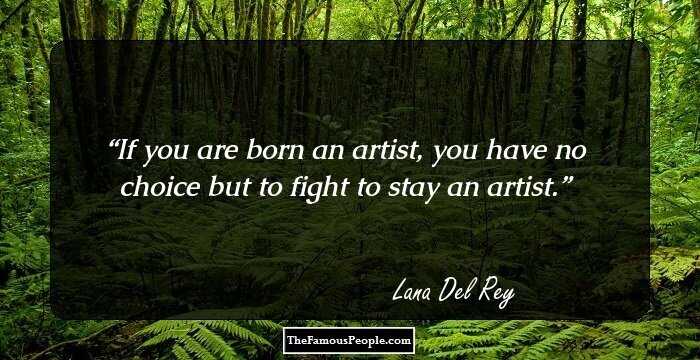 If you are born an artist, you have no choice but to fight to stay an artist. 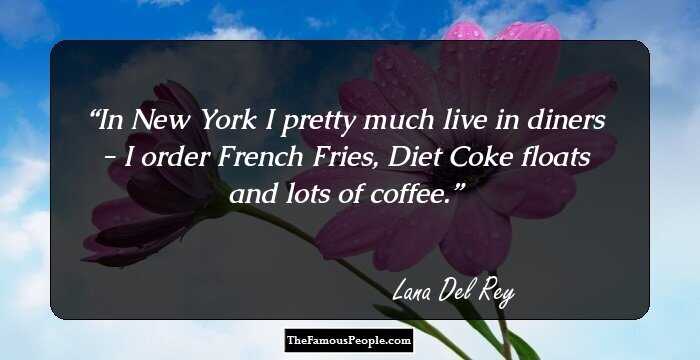 In New York I pretty much live in diners - I order French Fries, Diet Coke floats and lots of coffee. 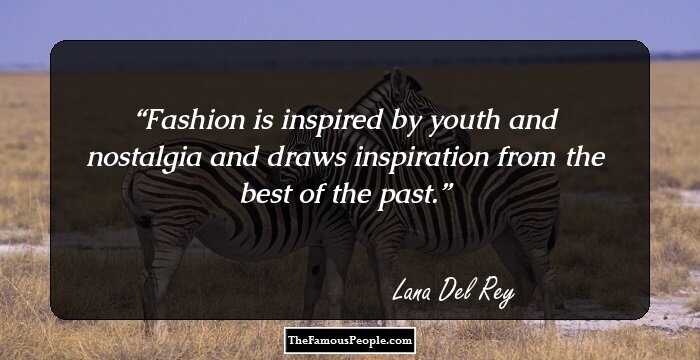 Fashion is inspired by youth and nostalgia and draws inspiration from the best of the past. 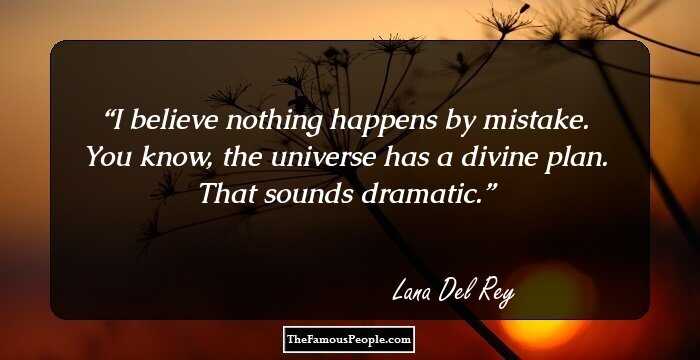 I believe nothing happens by mistake. You know, the universe has a divine plan. That sounds dramatic. 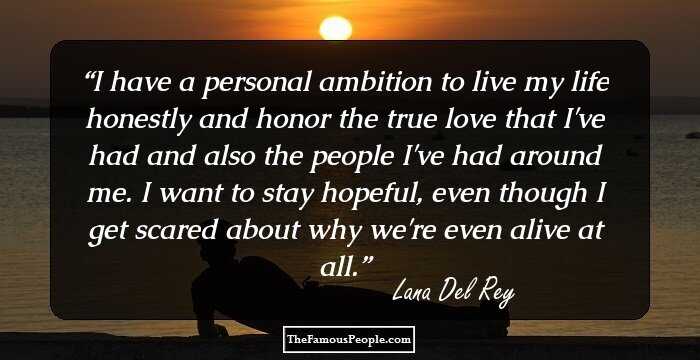 I have a personal ambition to live my life honestly and honor the true love that I've had and also the people I've had around me. I want to stay hopeful, even though I get scared about why we're even alive at all. 169 David Byrne Quotes That Will Make You Think