Kris Jenner is a prominent American television personality, author, entertainment manager, and businesswoman. She earned prominence when she starred in âKeeping Up with the Kardashians,â a reality television series. Prior to appearing in âKeepin Up with the Kardashians,â she was managing the careers of her daughters, Kendall, Kourtney, Kim, Kylie, and Khloe. She also opened a childrenâs boutique, âSmooch,â with her eldest daughter, Kourtney, but it shut down after six years. In 2011, she released âKris Jenner...and All Things Kardashian,â her autobiography. We bring to you some notable quotes by Kris Jenner. 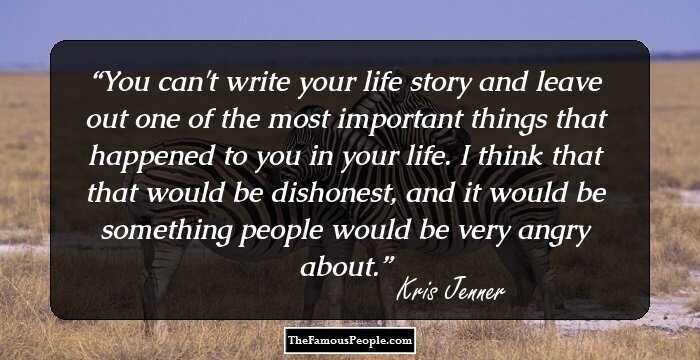 You can't write your life story and leave out one of the most important things that happened to you in your life. I think that that would be dishonest, and it would be something people would be very angry about. 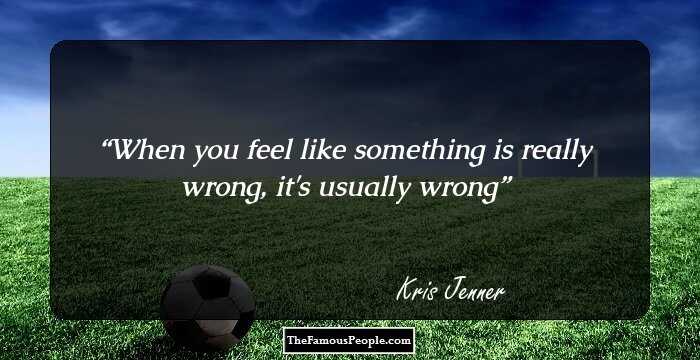 When you feel like something is really wrong, it's usually wrong 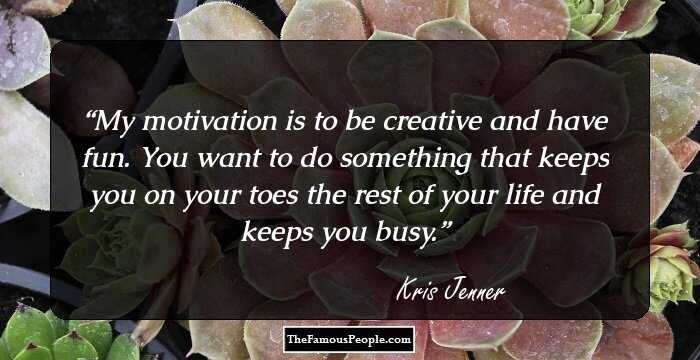 My motivation is to be creative and have fun. You want to do something that keeps you on your toes the rest of your life and keeps you busy. 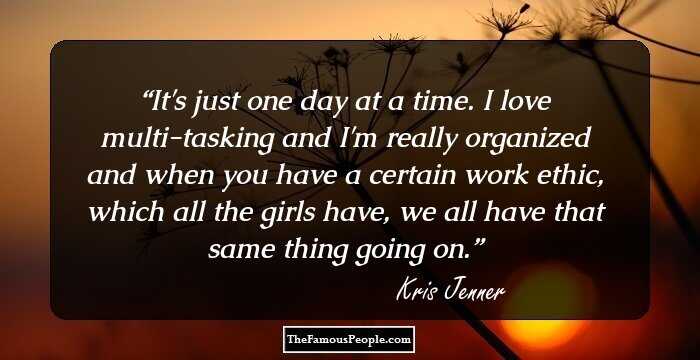 It's just one day at a time. I love multi-tasking and I'm really organized and when you have a certain work ethic, which all the girls have, we all have that same thing going on. 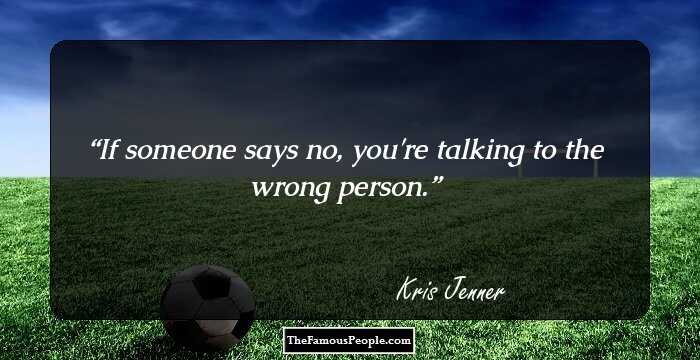 If someone says no, you're talking to the wrong person. 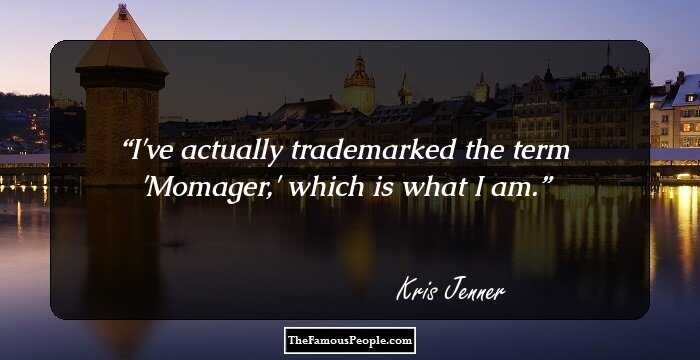 I've actually trademarked the term 'Momager,' which is what I am. 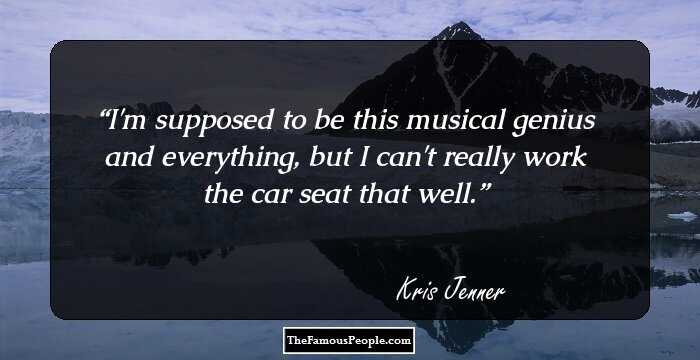 I'm supposed to be this musical genius and everything, but I can't really work the car seat that well. 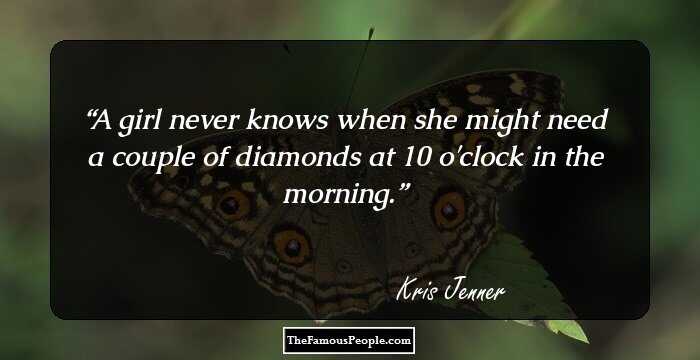 A girl never knows when she might need a couple of diamonds at 10 o'clock in the morning.