Kent Michael Nerburn is an American author, well-known for writing both fiction and non-fiction on elements of American culture. Nerburn is also a noted author of spiritual books and has made a name for him in that niche. He pursued American Studies at the University of Minnesota before attending the Stanford University and eventually studied at the Graduate Theological Institute. Nerburn is also a famous sculptor and during the early years of his career, he worked as a sculptor but it was around 1990 that he decided to become a writer after composing two oral history books with his students. In 1993, he wrote the book âNative American Wisdomâ and followed it up with âNeither Wolf Nor Dog: On Forgotten Roads With an Indian Elderâ. His most well-known work is the âNeither Wolf Nor Dogâ trilogy, which was first published in 1995 and fetched him the âMinnesota Book Awardâ. He followed it up with âThe Wolf at Twilightâ in 2010, which won the award yet again and the final instalment of the trilogy is âThe Girl Who Sand to the Buffaloâ. Nerburn remains a very popular author and here are some of his most renowned quotations and sayings which have been excerpted from his books, writings, thoughts, work and life. We bring to you a compilation of most famous quotes and thoughts by Kent Nerburn.
Listed In:
Writers 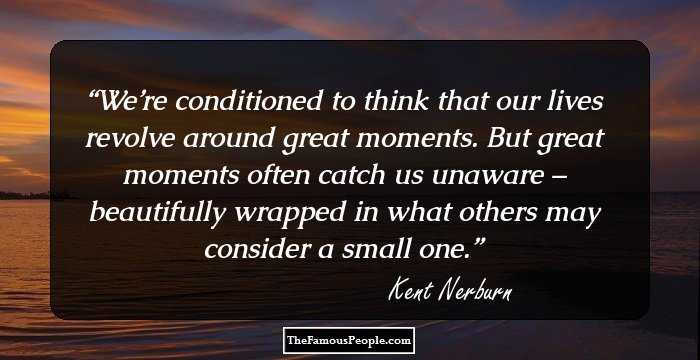 We’re conditioned to think that our lives revolve around great moments. But great moments often catch us unaware – beautifully wrapped in what others may consider a small one. 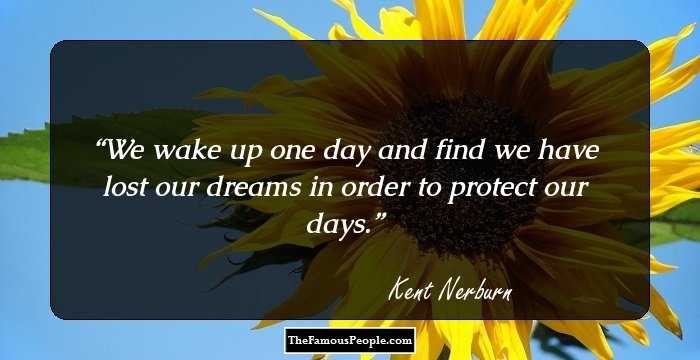 We wake up one day and find we have lost our dreams in order to protect our days. 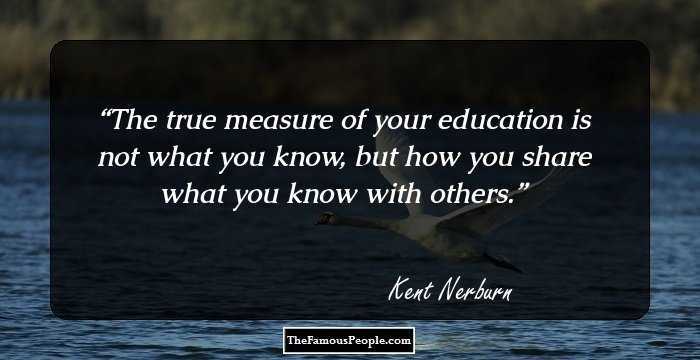 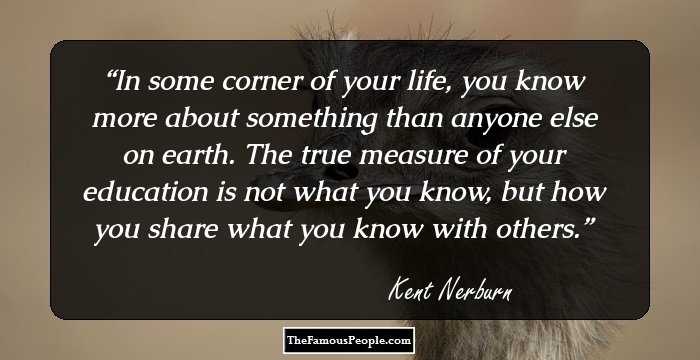 In some corner of your life, you know more about something than anyone else on earth. The true measure of your education is not what you know, but how you share what you know with others. 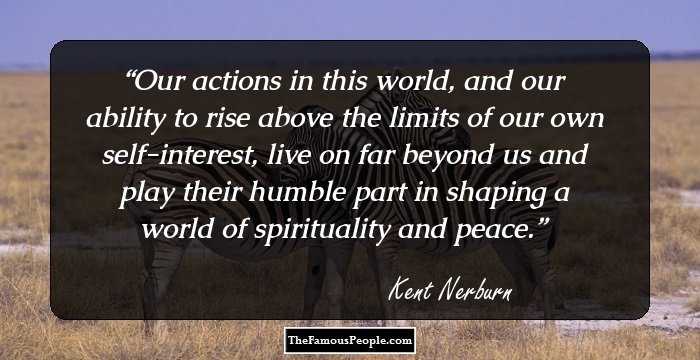 Our actions in this world, and our ability to rise above the limits of our own self-interest, live on far beyond us and play their humble part in shaping a world of spirituality and peace. 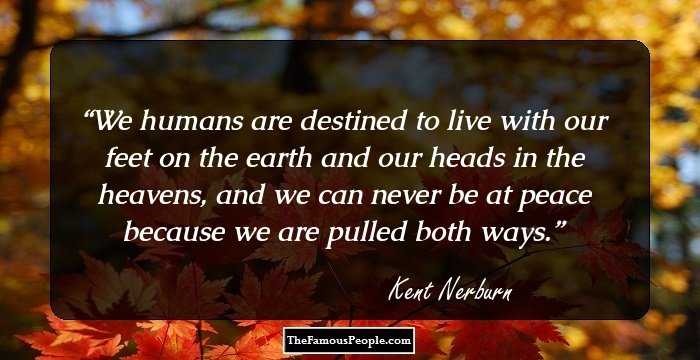 We humans are destined to live with our feet on the earth and our heads in the heavens, and we can never be at peace because we are pulled both ways. 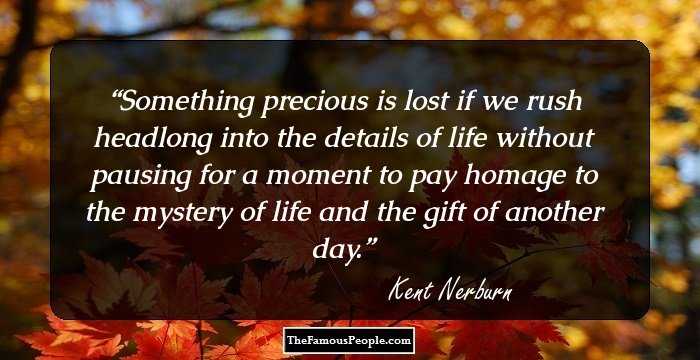 Something precious is lost if we rush headlong into the details of life without pausing for a moment to pay homage to the mystery of life and the gift of another day. 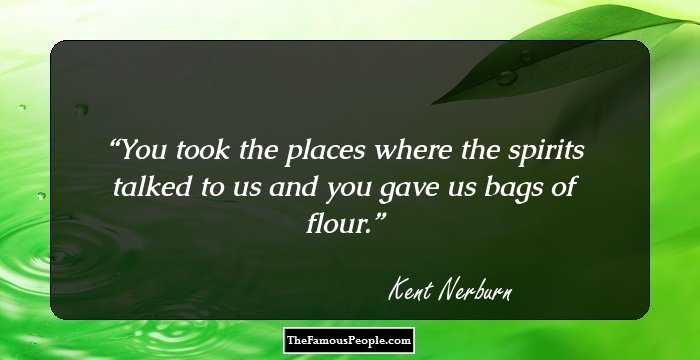 You took the places where the spirits talked to us and you gave us bags of flour. 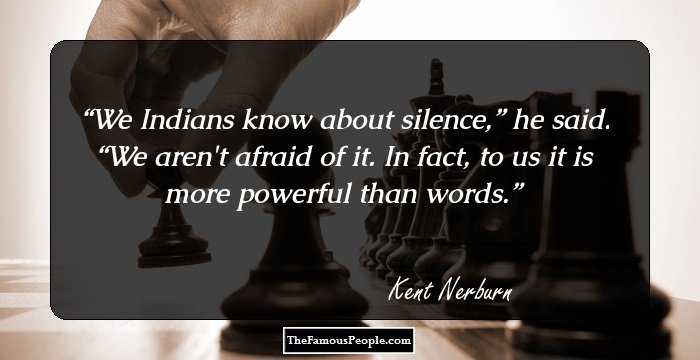 We Indians know about silence,” he said. “We aren't afraid of it. In fact, to us it is more powerful than words. 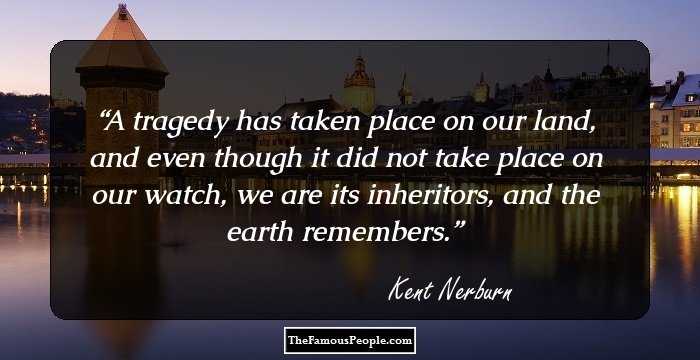 A tragedy has taken place on our land, and even though it did not take place on our watch, we are its inheritors, and the earth remembers. 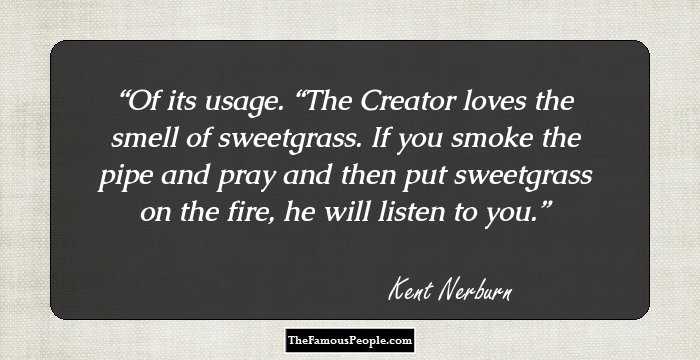 Of its usage. “The Creator loves the smell of sweetgrass. If you smoke the pipe and pray and then put sweetgrass on the fire, he will listen to you.

You Will
Kent Nerburn 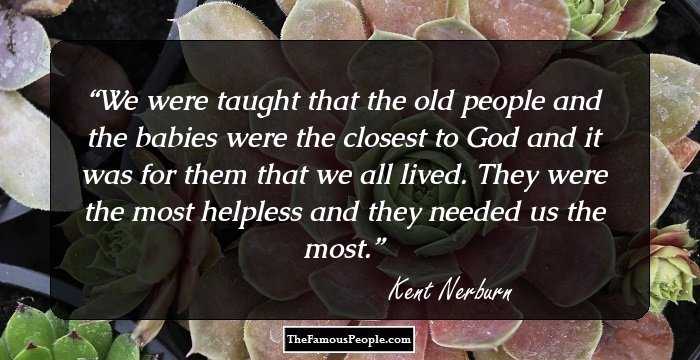 We were taught that the old people and the babies were the closest to God and it was for them that we all lived. They were the most helpless and they needed us the most. 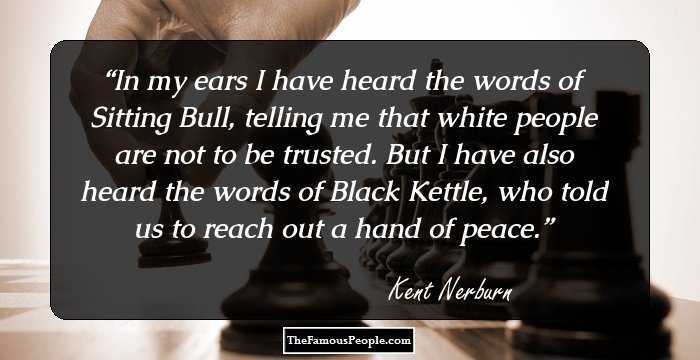 Me Peace I
Kent Nerburn 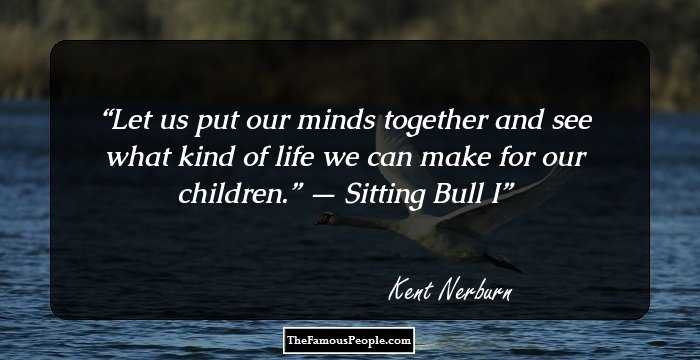 Let us put our minds together and see what kind of life we can make for our children.” — Sitting Bull I

Life Together I
Kent Nerburn 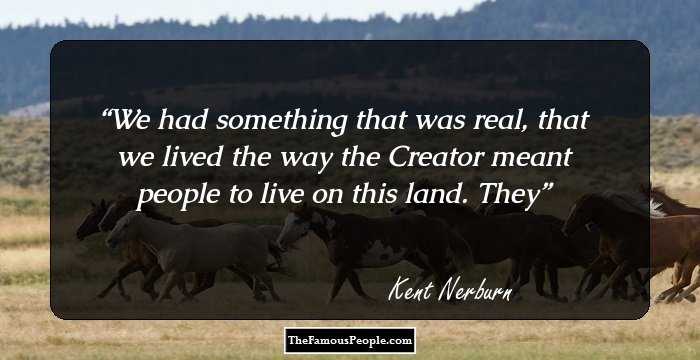 We had something that was real, that we lived the way the Creator meant people to live on this land. They 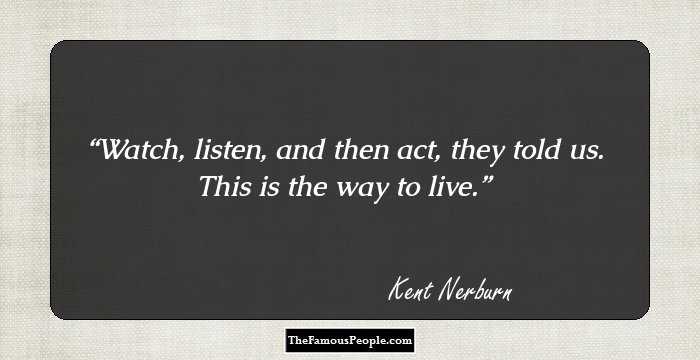 Watch, listen, and then act, they told us. This is the way to live.