Famous As: Poet
Born On: 55 AD
Died On: 127 AD
Born In: Aquino, Italy
Died At Age: 72
Juvenal was a renowned Roman poet and satirist. There is no authorized documentation of his early life other than a biography written by his followers. It is also believed that he spent a major part of his life in exile. When he returned to Rome he was penniless and had to depend on the charity for survival. His financial condition gradually improved and he went on to lead a comfortable life in Rome. During this period, he wrote âThe Satiresâ a compilation of 16 satiric poems and it turned out to be the most notable work of his life. His satires described the sufferings of the masses under the reign of different emperors. These satires were published in five volumes and each one aimed at a different subject. The first volume described the cruelty of Domitianâs dictatorship. His other satires expressed his thoughts on various topics like homosexuality, sexual degradation of Roman women and poverty. His satires had remained forgotten for a long time but was later revived and adapted by several famous modern day satirists. We bring to you a collection of sayings and quotations which have been excerpted from his writings and life. Presenting the compilation of thoughts and quotes by Juvenal.
Listed In:
Writers
Poets 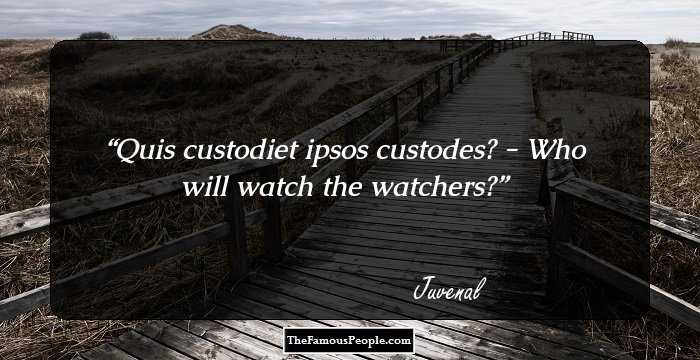 Quis custodiet ipsos custodes? - Who will watch the watchers? 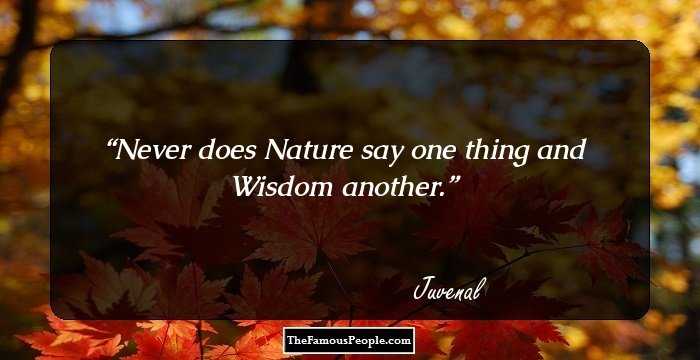 Never does Nature say one thing and Wisdom another. 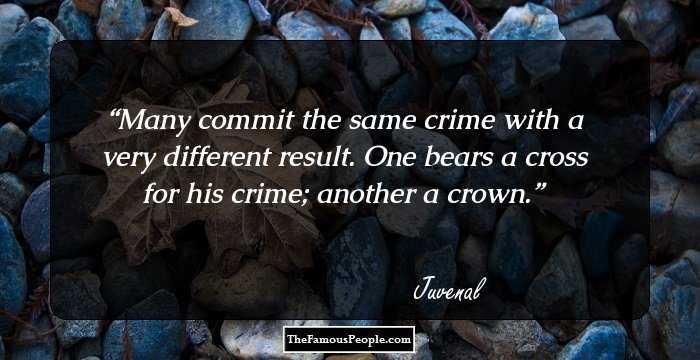 Many commit the same crime with a very different result. One bears a cross for his crime; another a crown. 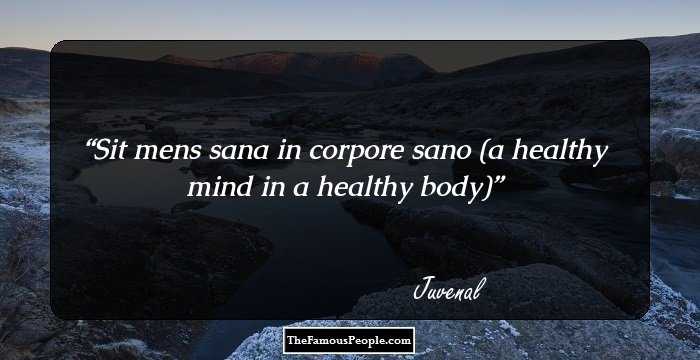 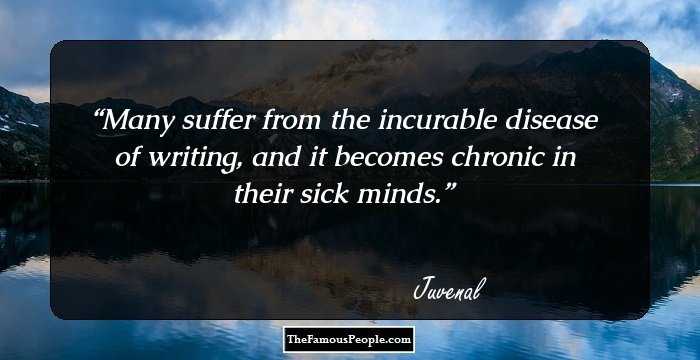 Many suffer from the incurable disease of writing, and it becomes chronic in their sick minds. 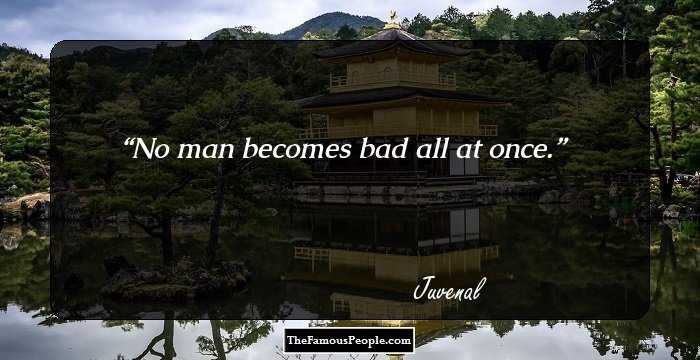 No man becomes bad all at once. 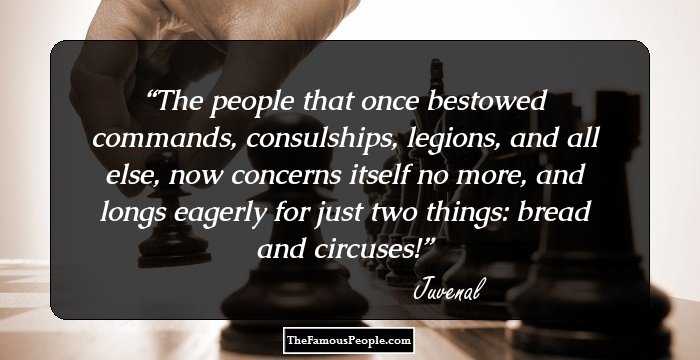 The people that once bestowed commands, consulships, legions, and all else, now concerns itself no more, and longs eagerly for just two things: bread and circuses! 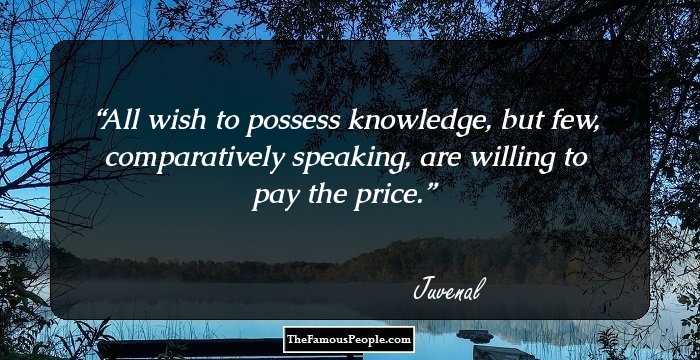 All wish to possess knowledge, but few, comparatively speaking, are willing to pay the price. 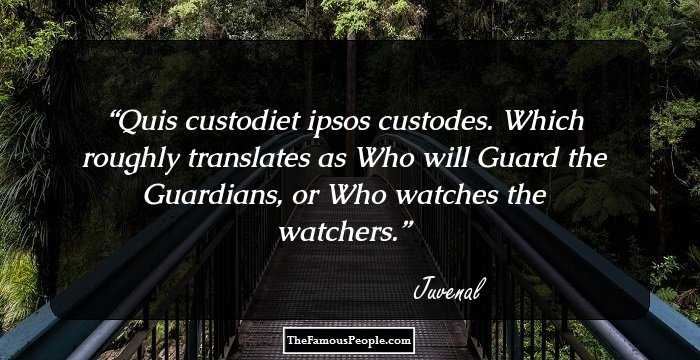 Quis custodiet ipsos custodes. Which roughly translates as Who will Guard the Guardians, or Who watches the watchers. 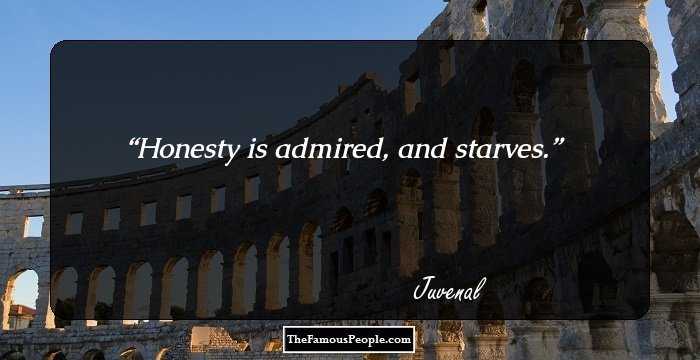 Honesty is admired, and starves. 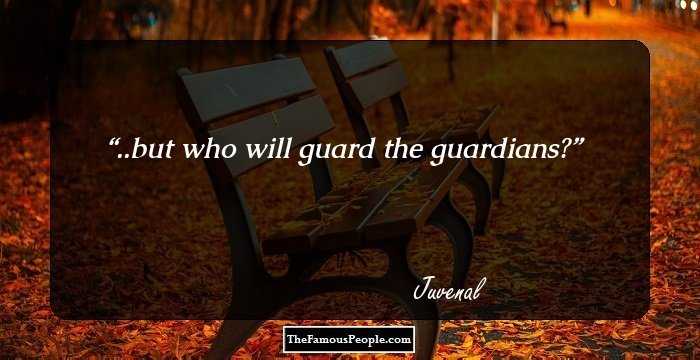 ..but who will guard the guardians? 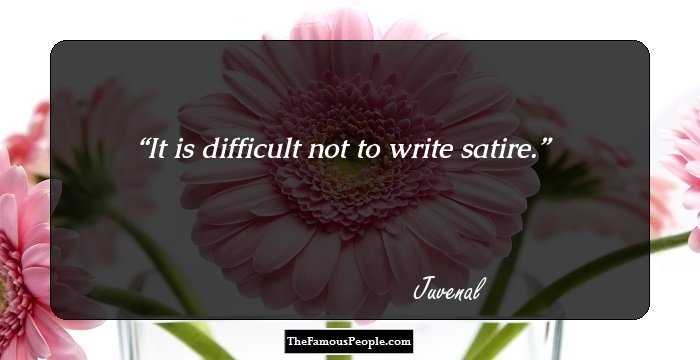 It is difficult not to write satire. 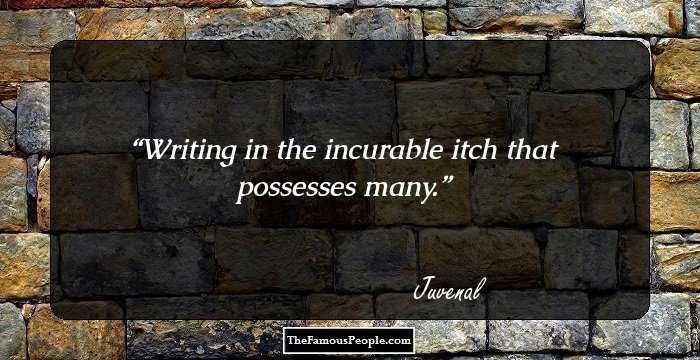 Writing in the incurable itch that possesses many. 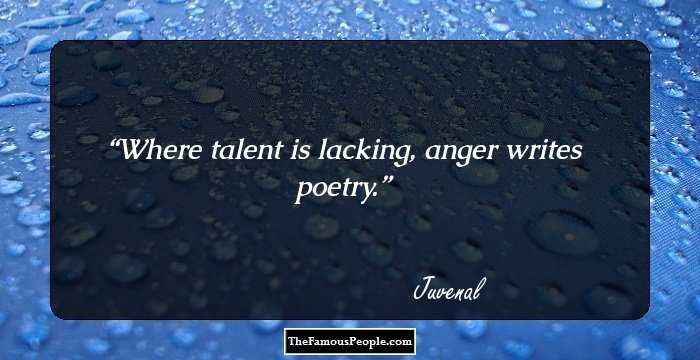 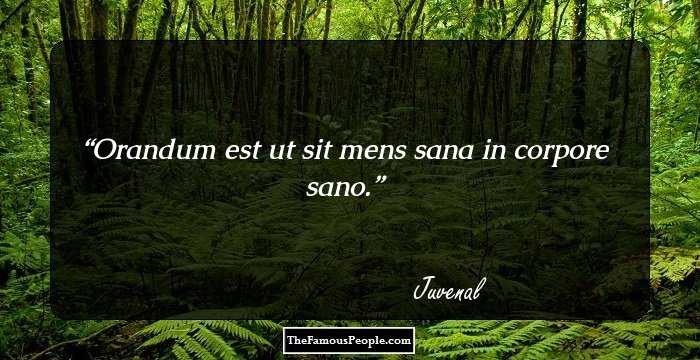 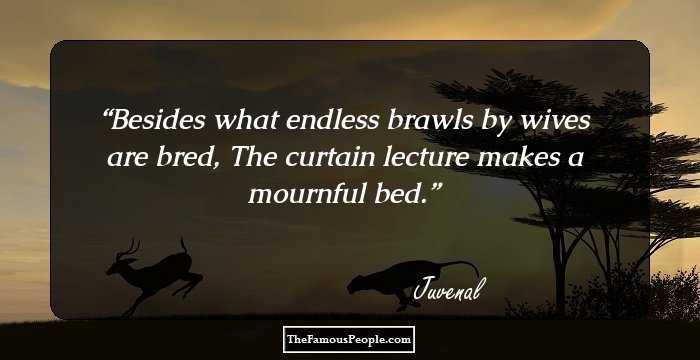 Besides what endless brawls by wives are bred, The curtain lecture makes a mournful bed. 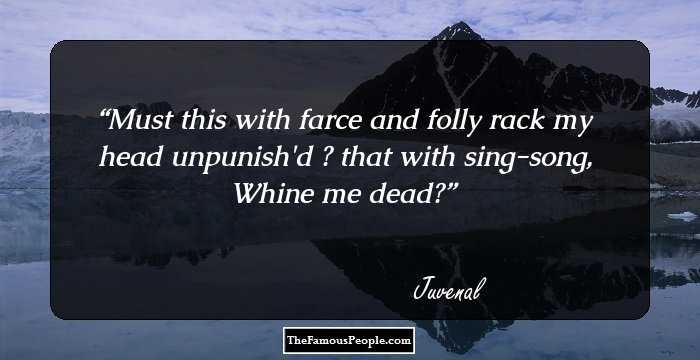 Must this with farce and folly rack my head unpunish'd ? that with sing-song, Whine me dead? 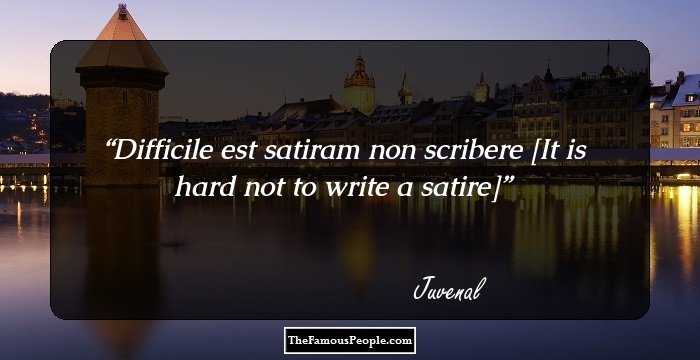 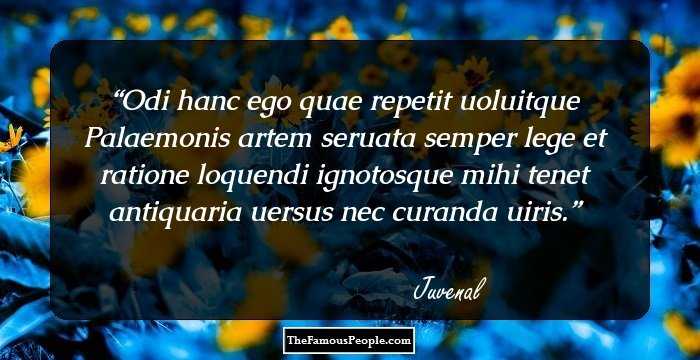 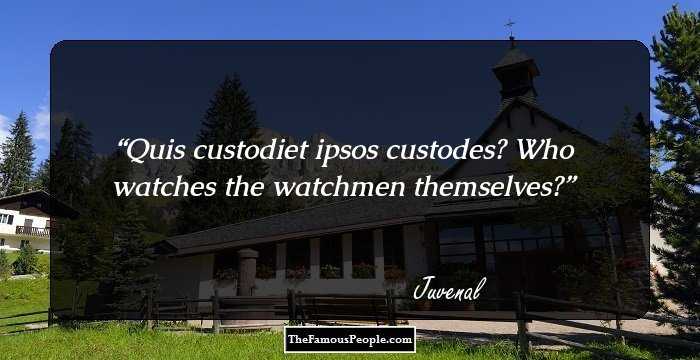 Quis custodiet ipsos custodes? Who watches the watchmen themselves? 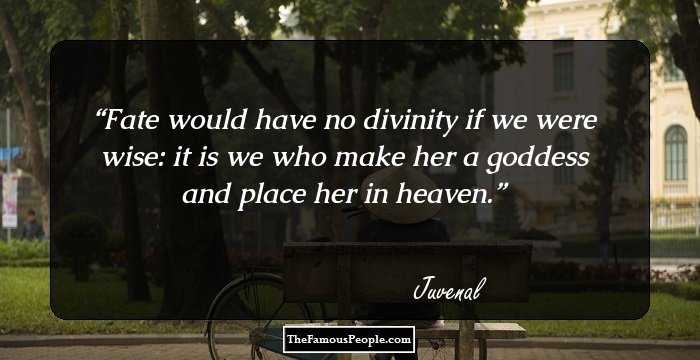 Fate would have no divinity if we were wise: it is we who make her a goddess and place her in heaven.