Famous As: Investor
Born On: November 29, 1912
Died On: July 8, 2008
Born In: Winchester, Tennessee, United States
Died At Age: 95
John Templeton was a British-American fund manager, philanthropist, and investor. He made his way to the mutual fund market in 1954 and created the âTempleton Growth Fund.' He was termed the 'greatest global stock picker of the centuryâ by âMoney Magazineâ in 1999. Much of his success was attributed by him to his ability to maintain an upraised mood, staying disciplined, and being able to avoid anxiety. He was also renowned for taking profits when expectations and values were high. In 1991, he received AIMRâs first award for professional excellence. Following is a treasury of notable, popular, and insightful quotes and sayings by John Templeton, which have been curated from his writings, interviews, philosophies, thoughts, interviews, publications, works and life. Read through the timeless quotes and thoughts by John Templeton that holds some great advice on finances and investments.
Listed In:
Business People
Quotes by Famous People 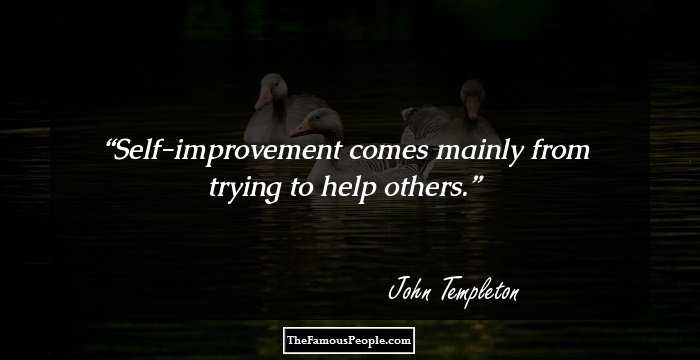 Self-improvement comes mainly from trying to help others. 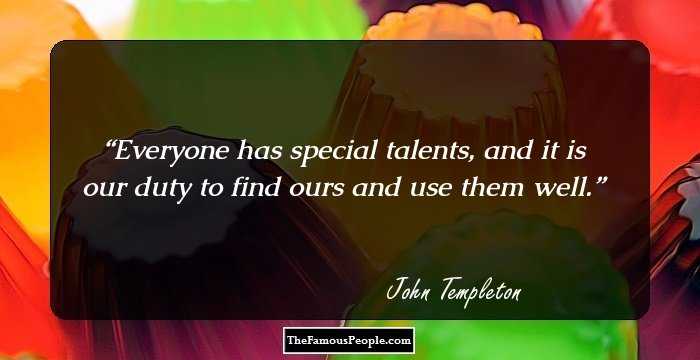 Everyone has special talents, and it is our duty to find ours and use them well. 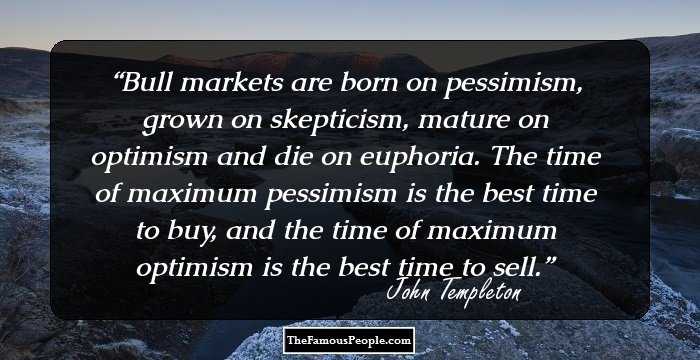 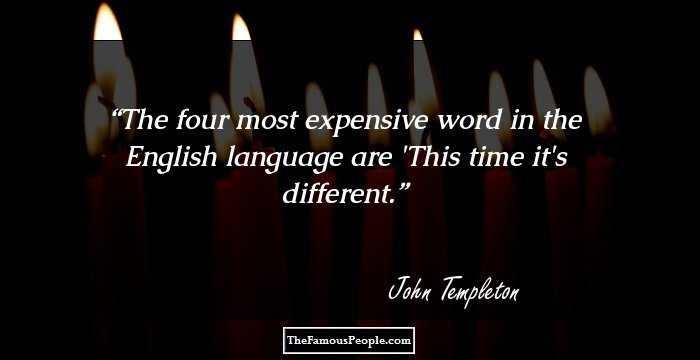 The four most expensive word in the English language are 'This time it's different.

We have a choice. We can live in the past and be miserable and unhappy, or we can pick ourselves up and move ahead in life. When we choose to focus forward, we can find the energy and ability to remove any obstacles that may appear to be hindering our smooth progression. If you take stock of yourself and find you may be spending time frequently reliving unhappy experiences of the past, make the decision to rid yourself of the ties that bind you to a former way of life. 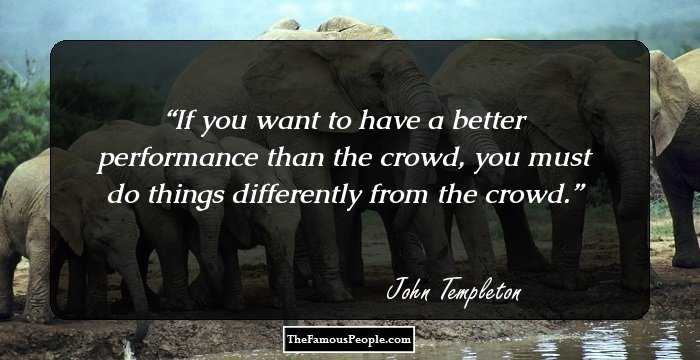 If you want to have a better performance than the crowd, you must do things differently from the crowd.

The main focus in my life now is to open people's minds so no one will be so conceited that they think they have the total truth. They should be eager to learn, to listen, to research and not to confine, to hurt, to kill, those who disagree with them. 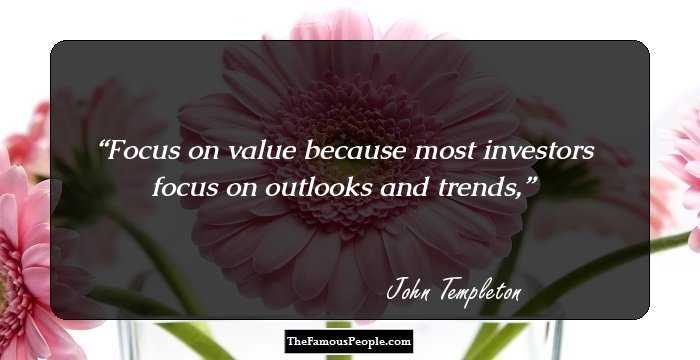 Focus on value because most investors focus on outlooks and trends, 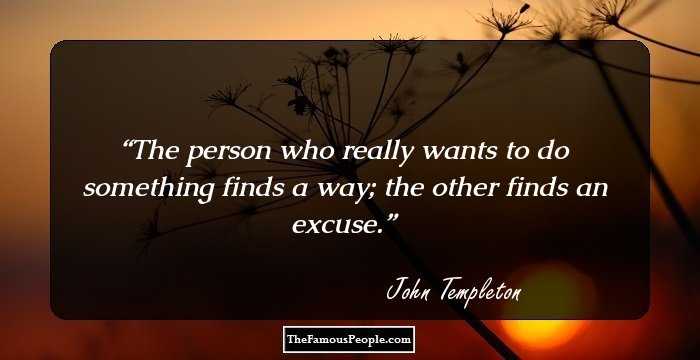 The person who really wants to do something finds a way; the other finds an excuse. 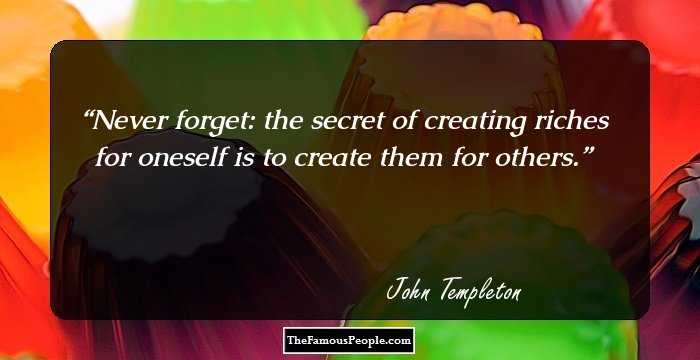 Never forget: the secret of creating riches for oneself is to create them for others. 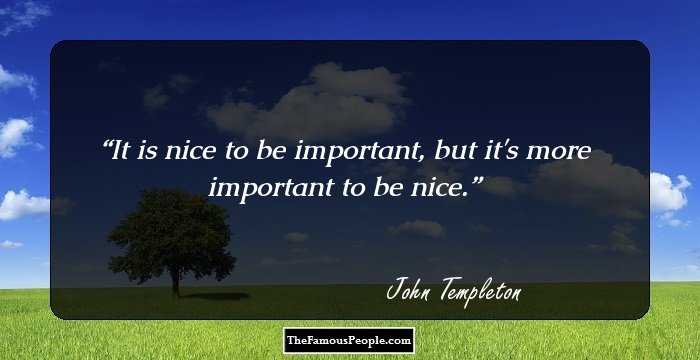 It is nice to be important, but it's more important to be nice. 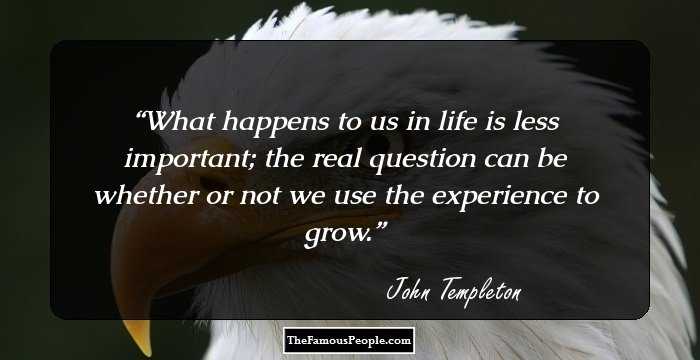 What happens to us in life is less important; the real question can be whether or not we use the experience to grow. 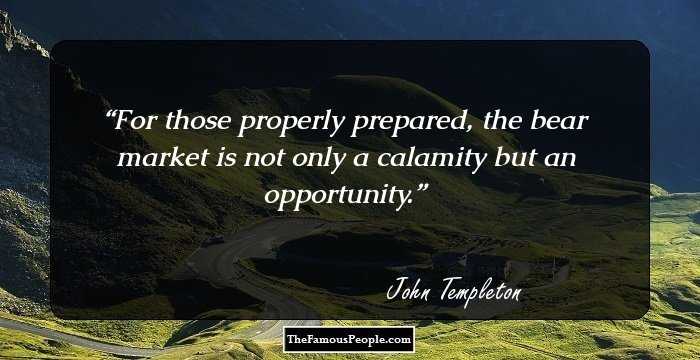 For those properly prepared, the bear market is not only a calamity but an opportunity. 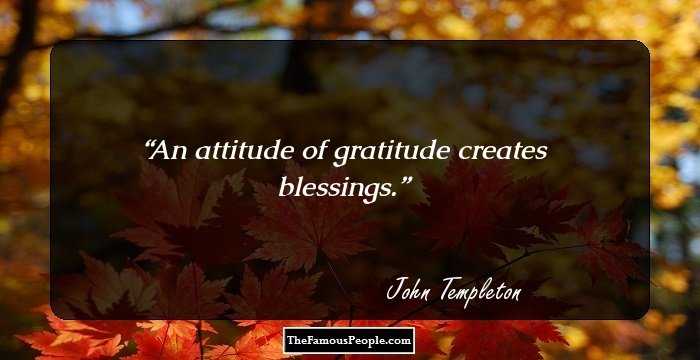 An attitude of gratitude creates blessings. 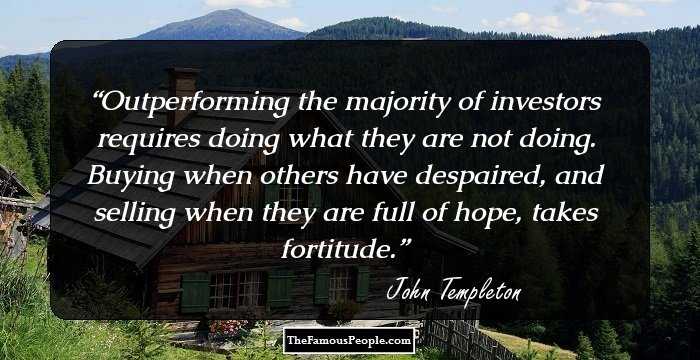 Outperforming the majority of investors requires doing what they are not doing. Buying when others have despaired, and selling when they are full of hope, takes fortitude. 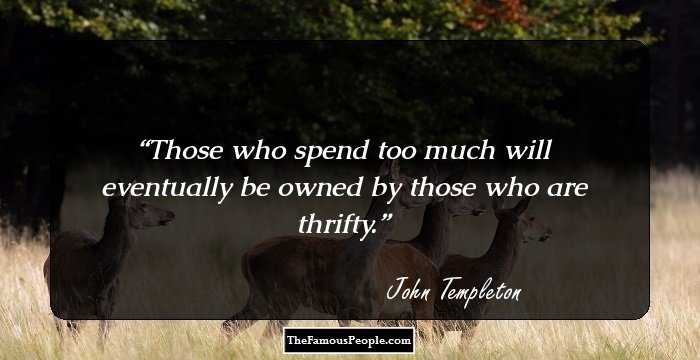 Those who spend too much will eventually be owned by those who are thrifty. 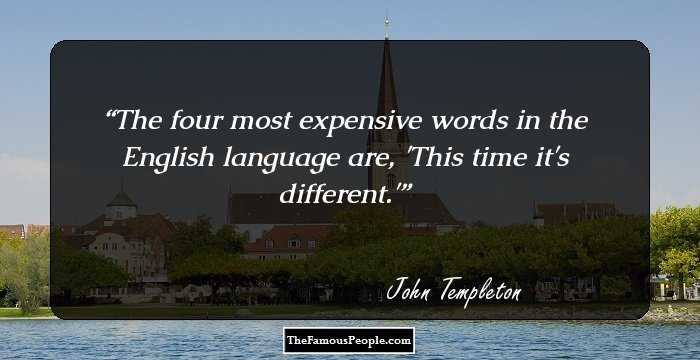 The four most expensive words in the English language are, 'This time it's different.' 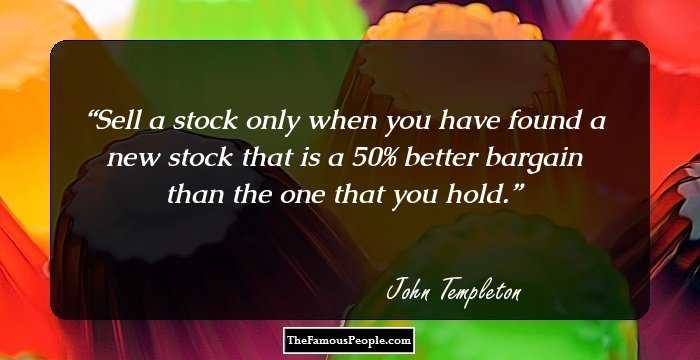 Sell a stock only when you have found a new stock that is a 50% better bargain than the one that you hold. 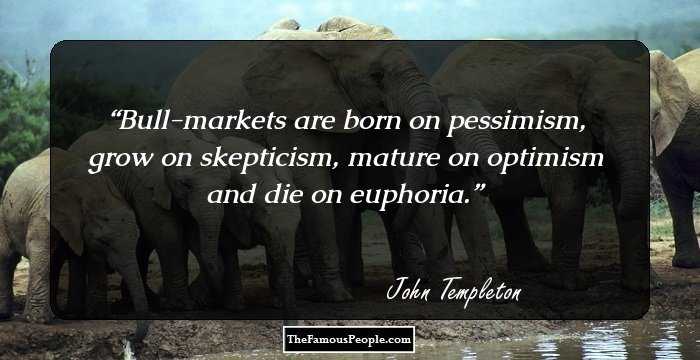 Bull-markets are born on pessimism, grow on skepticism, mature on optimism and die on euphoria. 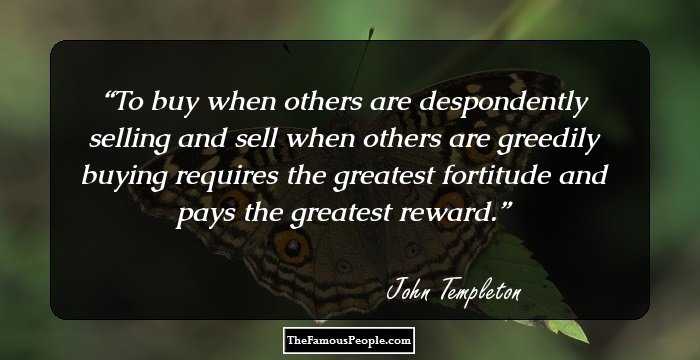 When we have no goal, or when our vision of the goal is obscured, we may lose our sense of purpose. Even when we've prepared ourselves well and have an aptitude for a given activity, poorly directed efforts can rob us of vital energy. We can spend a great deal of our time, money, and other resources running around in circles. Unless we create specific goals that match our purpose in life and unless we keep a clear vision of these goals, we may eventually falter and fail.

You are present in your life on earth at this moment for the purposes of living, loving, learning, and growing. Be assured that life can reliably provide a wide variety of adventures, experiences, and situations that may require you to draw from the depths of your being. Your level of self-awareness and manner of expression can determine the quality of living you experience. Why? Because you get back what you give out.

How wonderful it would be if we could help our children and grandchildren to learn thanksgiving at an early age. Thanksgiving opens the doors. It changes a child's personality. A child is resentful, negative, or thankful. Thankful children want to give, they radiate happiness, they draw people.

The air we breathe is necessary to keep us alive, but we must continually breathe it out so we can breathe fresh air back into our lungs. God gives us his love, which we can keep in action by breathing it out to others, thus making room in our hearts for a fresh supply of love.

Each of us has a purpose for living beyond our own survival and pleasure. Every individual is like a thread in a beautiful tapestry with a vital contribution to make, not only to the sustenance of life as we know it, but in the creation and development of more beneficial expressions of life.

If you buy all the stocks selling at or below two times earnings, you will lose money on half of them because instead of making profits they will actually lose money, but you will only lose a dollar or so a share at most. Then others will be mediocre performers. But the remaining big winners will go up and produce fabulous results and also ensure a good overall result.