Famous As: Producer
Born On: 1972 AD
Age: 51 Years
John Stephens is a popular American television producer, screenwriter, and director. All through his career, he has produced various drama series to prove his prominence on the small screen. He has co-produced more than twenty-five episodes of âThe O.C.â which is a popular teen drama TV series. It opened up with great ratings and successfully ran in almost fifty countries but eventually lost its charm with the following seasons. He followed up with the âGilmore Girlsâ which was a comedy drama series. There he also proved his mettle as a writer as he wrote eight successful episodes while being the executive story producer for one episode and the story editor for several episodes. This show was a great hit and was listed on "All-TIME 100 TV Shows" by âTime Magazineâ. His next successful TV series was the âGossip Girlâ which was again in the genre of teen drama. Apart from this, he has proved to be a prolific writer by publishing various hit books debuting with âThe Emerald Atlasâ. Go through the quotes and thoughts by John Stephens which reflect his deep intellect about life. Following is a compilation of quotations and sayings by John Stephens which have been excerpted from his work and life.
Listed In:
Film & Theater Personalities 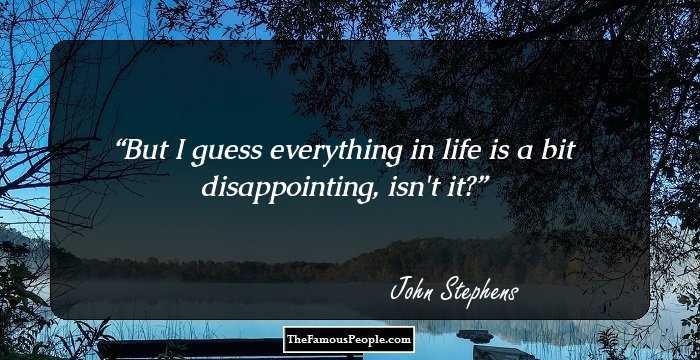 But I guess everything in life is a bit disappointing, isn't it? 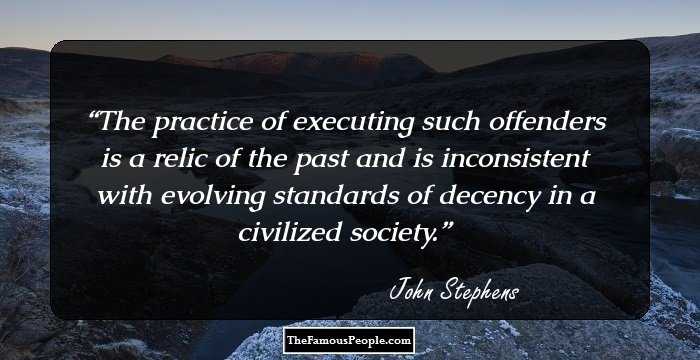 The practice of executing such offenders is a relic of the past and is inconsistent with evolving standards of decency in a civilized society. 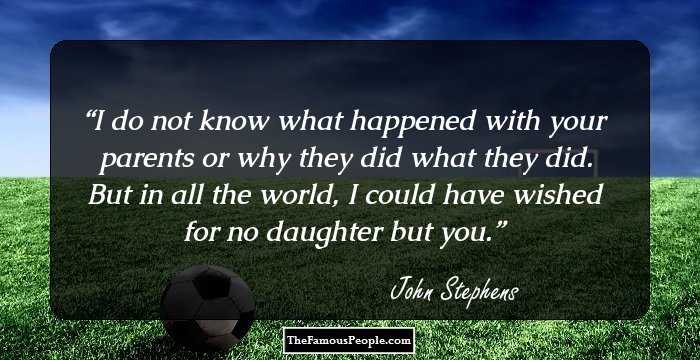 I do not know what happened with your parents or why they did what they did. But in all the world, I could have wished for no daughter but you.

You I
John Stephens 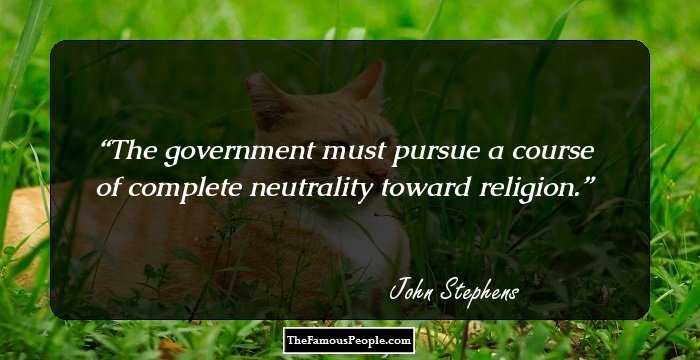 The government must pursue a course of complete neutrality toward religion. 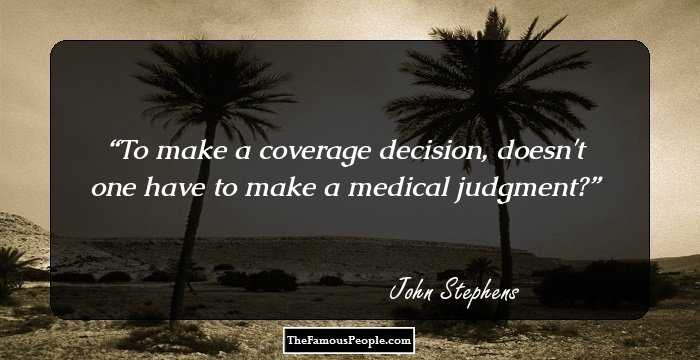 To make a coverage decision, doesn't one have to make a medical judgment? 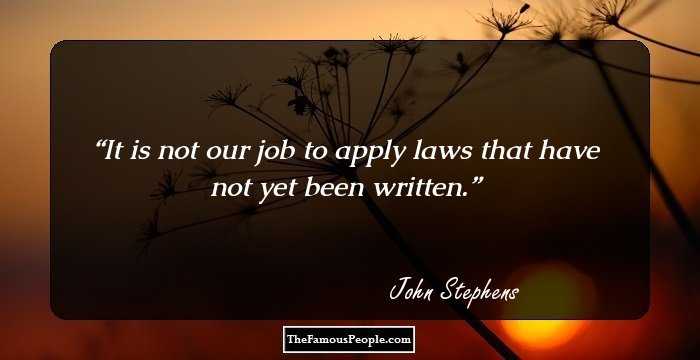 It is not our job to apply laws that have not yet been written. 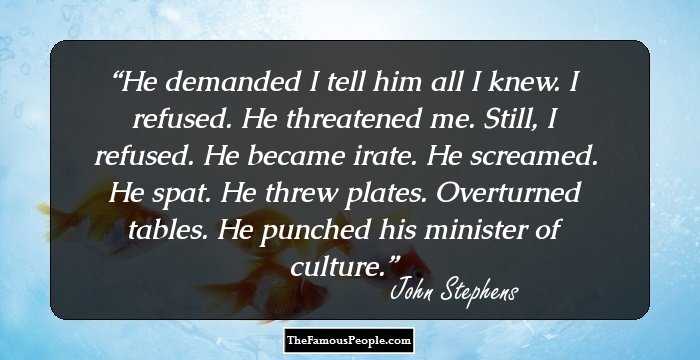 He demanded I tell him all I knew. I refused. He threatened me. Still, I refused. He became irate. He screamed. He spat. He threw plates. Overturned tables. He punched his minister of culture.

Me Culture I
John Stephens 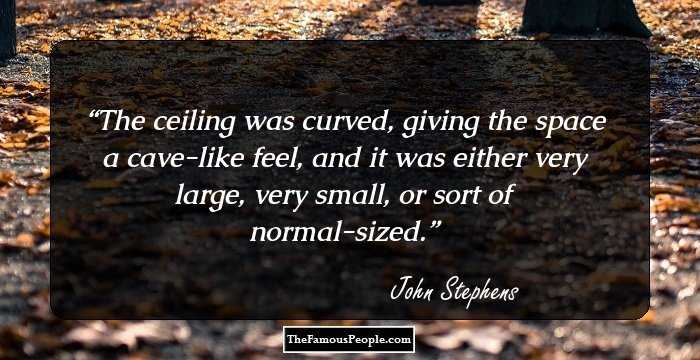 The ceiling was curved, giving the space a cave-like feel, and it was either very large, very small, or sort of normal-sized. 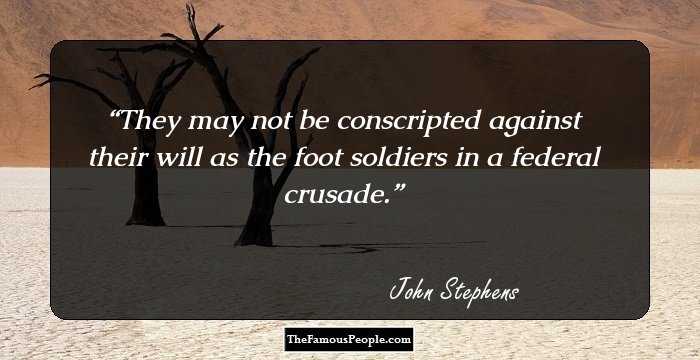 They may not be conscripted against their will as the foot soldiers in a federal crusade. 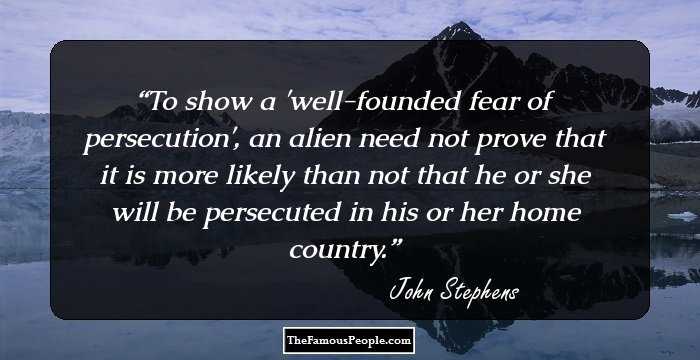 To show a 'well-founded fear of persecution', an alien need not prove that it is more likely than not that he or she will be persecuted in his or her home country. 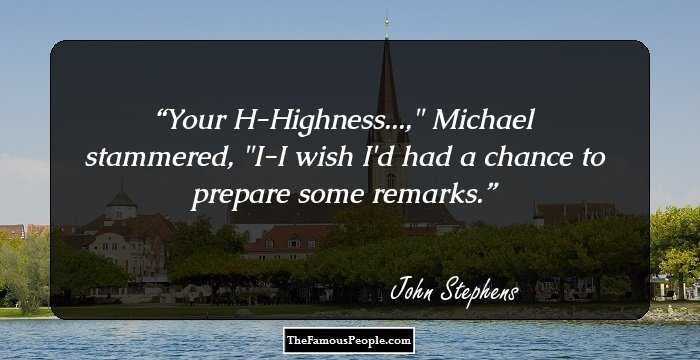 Your H-Highness...," Michael stammered, "I-I wish I'd had a chance to prepare some remarks. 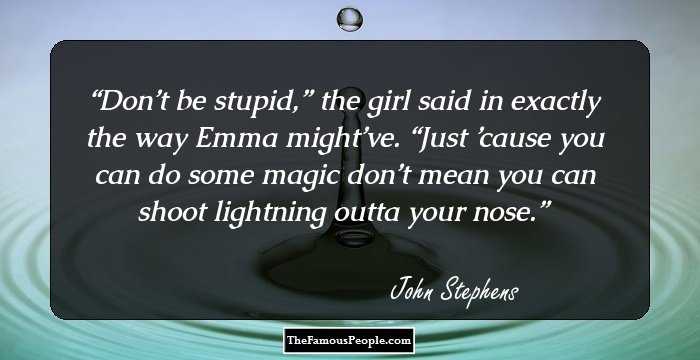 Donât be stupid,â the girl said in exactly the way Emma mightâve. âJust âcause you can do some magic donât mean you can shoot lightning outta your nose. 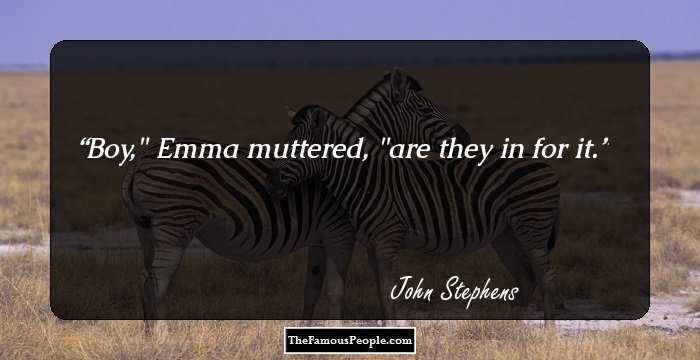 Boy," Emma muttered, "are they in for it. 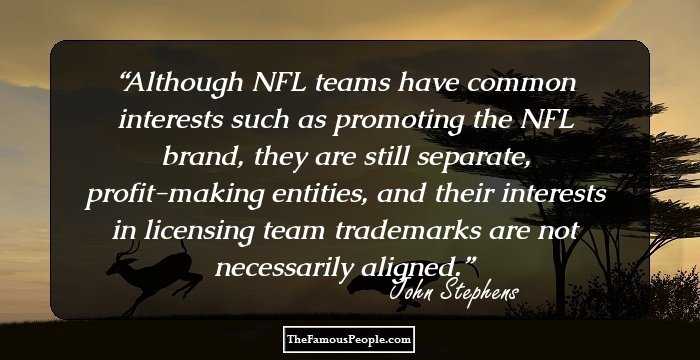 Although NFL teams have common interests such as promoting the NFL brand, they are still separate, profit-making entities, and their interests in licensing team trademarks are not necessarily aligned. 114 Notable Francis Ford Coppola Quotes That Reflect His Creative Side