25 Interesting Quotes By John McAfee For The Tech Gurus

Famous As: Computer Programmer and Businessman Who Wrote the First Commercial Anti-Virus Software
Born On: September 18, 1945
Died On: June 23, 2021
Born In: Cinderford, Gloucestershire, England
Founder / Co Founder: McAfee
Died At Age: 75
John McAfee is an eminent British-American businessman and computer programmer. He was the founder of McAfee Associates that gained recognition as the creator of âMcAfee,â the first commercial antivirus software. McAfee remained a part of the firm till1994 after which he resigned and the company was renamed Intel Security after Intel purchased it in 2011. He is an illustrious figure in the field of computer security. He is renowned for his expertise in personal privacy online, internet surveillance, and global hacking scandals and threats. Some of his other business ventures also include, âQuoumExâ and âTribal Voice.' We have compiled some popular and downright wacky quotes and sayings by the software giant which have been extracted from his works, tweets, interviews, thoughts, utterances and life. Zoom through some top, notable and meaningful quotes and thoughts by John McAfee on progress, value, data, hacker, losing, political, party, donate, history, smart, change, engineering, programming, marketing, goals, ideas, currency, will, accept, reality, business etc.
Listed In:
Business People
Engineers 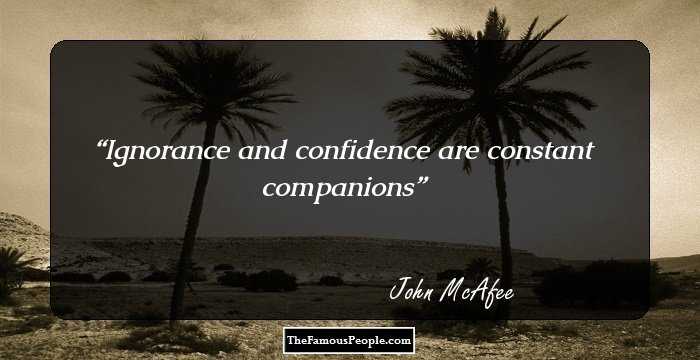 Ignorance and confidence are constant companions 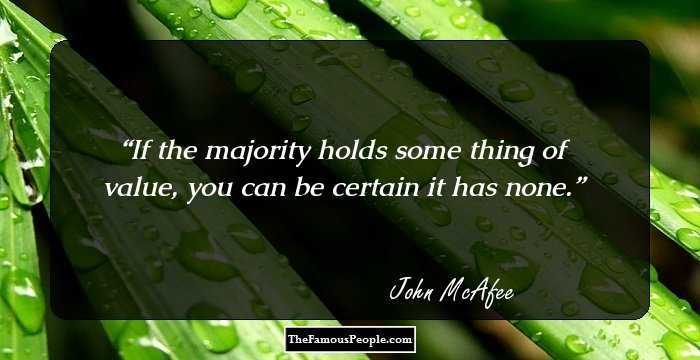 If the majority holds some thing of value, you can be certain it has none. 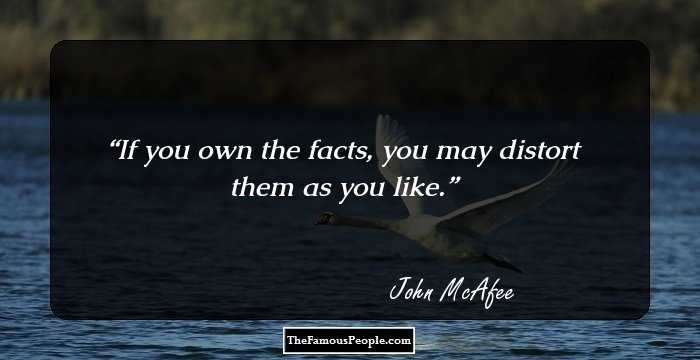 If you own the facts, you may distort them as you like. 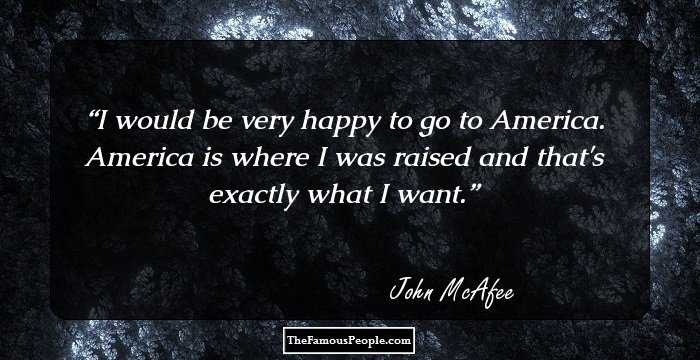 I would be very happy to go to America. America is where I was raised and that's exactly what I want. 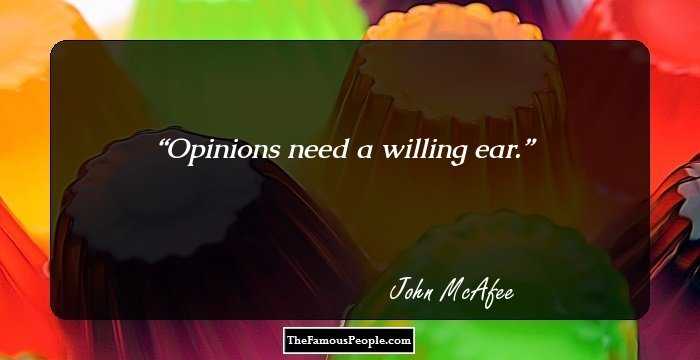 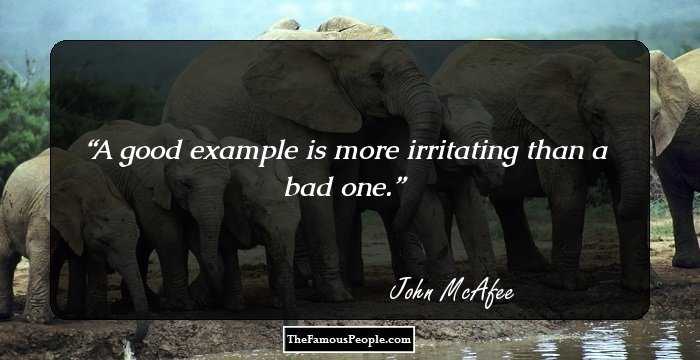 A good example is more irritating than a bad one. 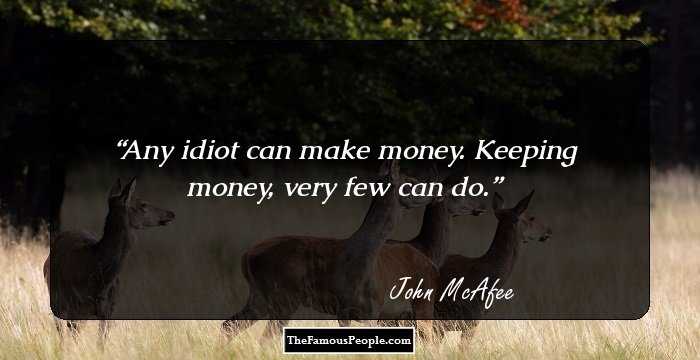 Any idiot can make money. Keeping money, very few can do. 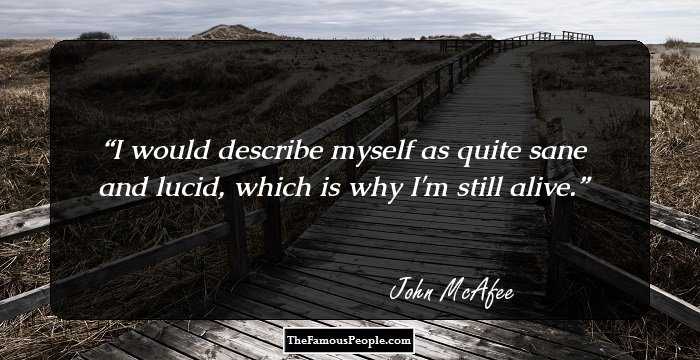 I would describe myself as quite sane and lucid, which is why I'm still alive. 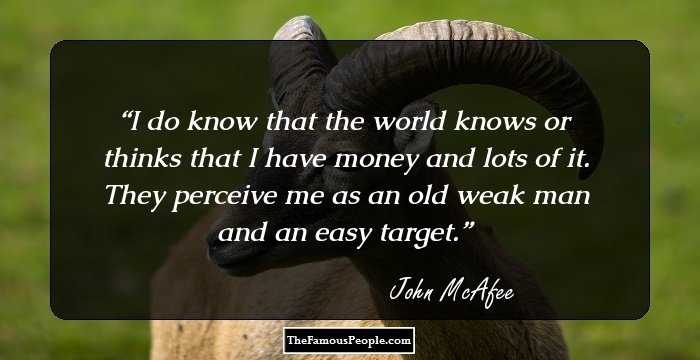 I do know that the world knows or thinks that I have money and lots of it. They perceive me as an old weak man and an easy target. 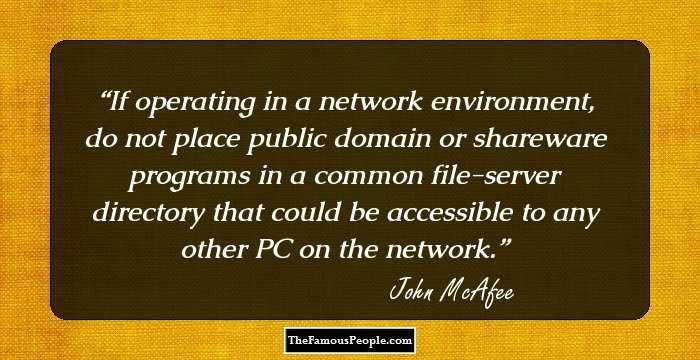 If operating in a network environment, do not place public domain or shareware programs in a common file-server directory that could be accessible to any other PC on the network. 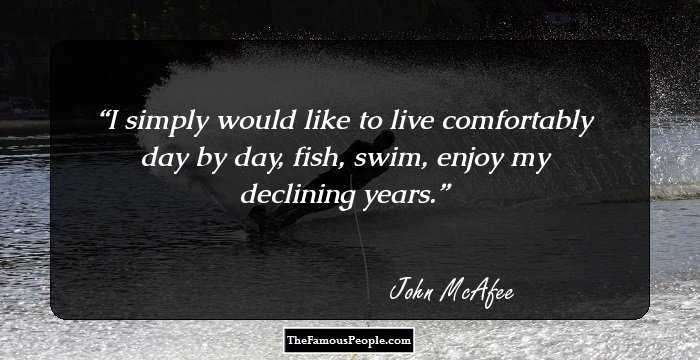 I simply would like to live comfortably day by day, fish, swim, enjoy my declining years. 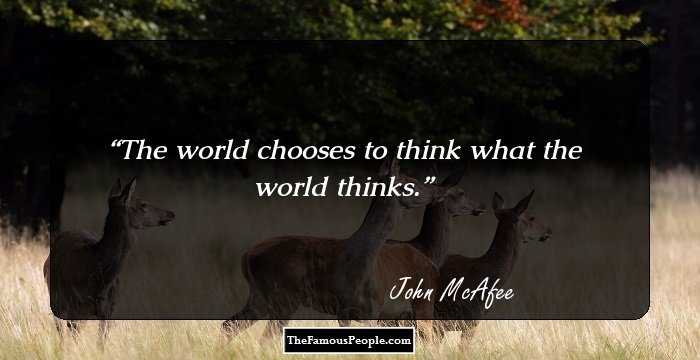 The world chooses to think what the world thinks. 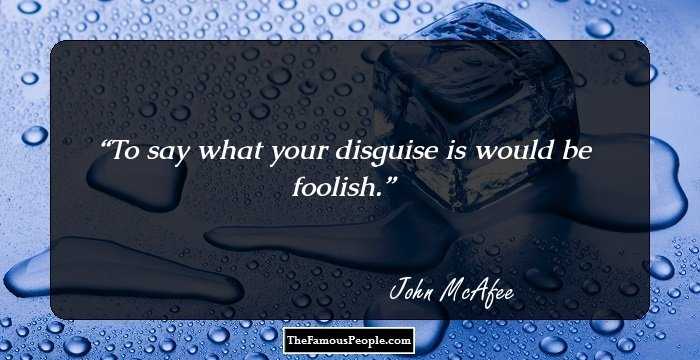 To say what your disguise is would be foolish. 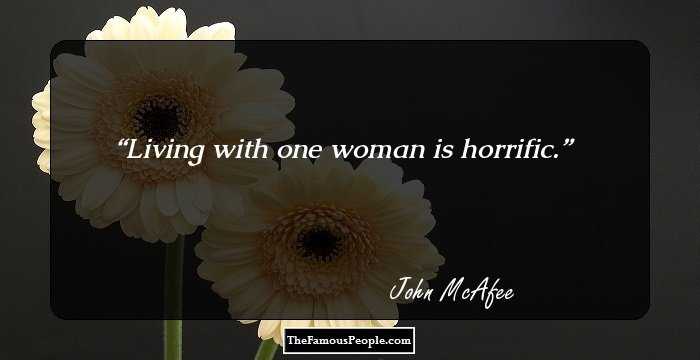 Living with one woman is horrific. 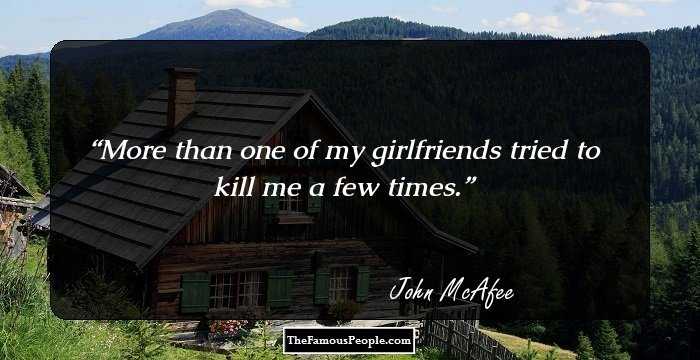 More than one of my girlfriends tried to kill me a few times. 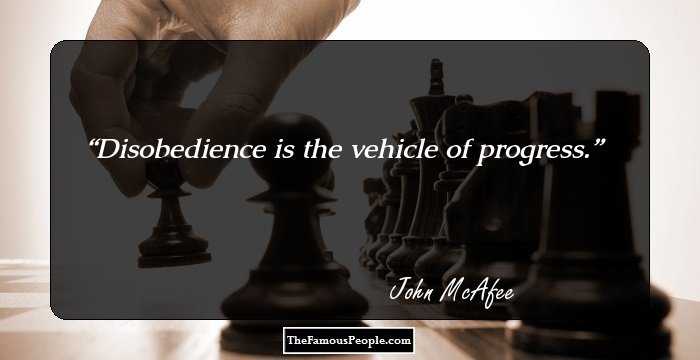 Disobedience is the vehicle of progress. 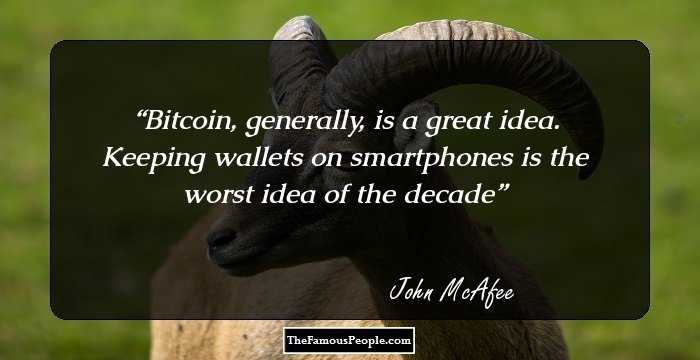 Bitcoin, generally, is a great idea. Keeping wallets on smartphones is the worst idea of the decade 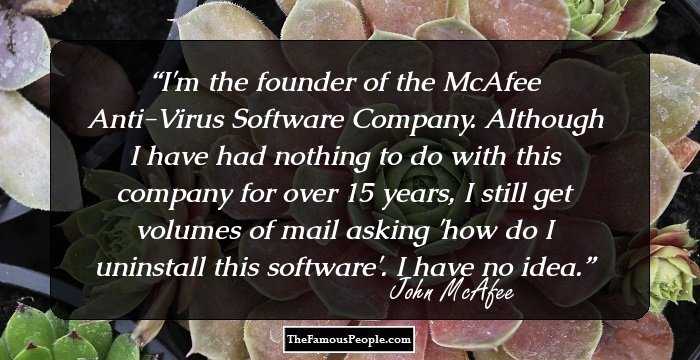 I'm the founder of the McAfee Anti-Virus Software Company. Although I have had nothing to do with this company for over 15 years, I still get volumes of mail asking 'how do I uninstall this software'. I have no idea. 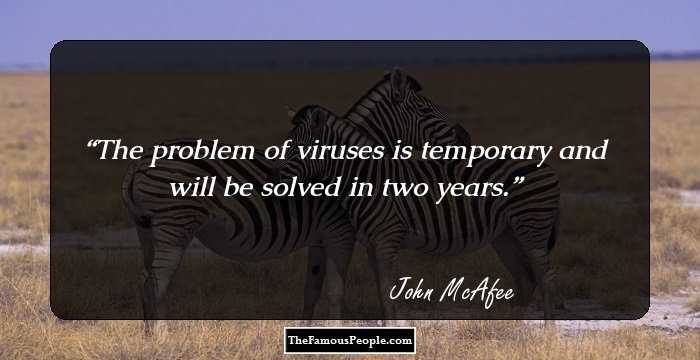 The problem of viruses is temporary and will be solved in two years. 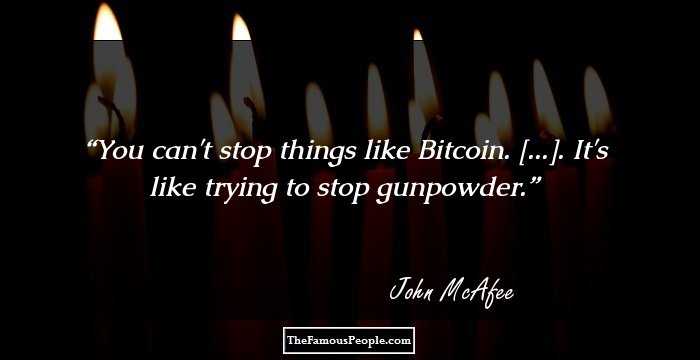 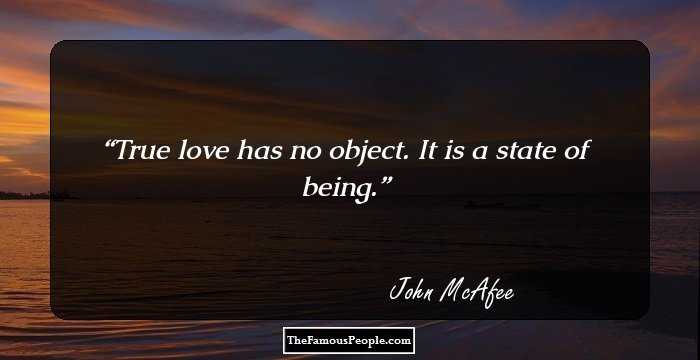 True love has no object. It is a state of being.

My most heartfelt thank you goes to Impact Future Media and Cartoon Monkey Studio. Their dedication to the truth is very uncommon in the world we live in today. I am now, and will always be, grateful to their organizations.

We are aware of yoga only as a technique to gain physical strength, flexibility, or increased health. And indeed these are potent side effects of the practice. But that is what they are: side effects. To focus on these largely insignificant manifestations is to miss the point entirely.

Software production is like any other production the preceded it, no raw materials are required, no time is required and no effort is required, you can make a million Copies of Software instantaneously for free and its very unique about that. 159 Inspiring Quotes By Elon Musk That Prove His Sagacity