Famous As: American Gangster and Boss of the 'Gambino Crime Family'
Born On: October 27, 1940
Died On: June 10, 2002
Born In: Bronx, New York, United States
Died At Age: 61
John Gotti was a notorious Italian-American gangster, who became the head of one of the most powerful American families â Gambino crime family. Throughout his life, he was repeatedly involved in heinous crimes including heroin dealing, murders, loan sharking, conspiracy to commit murders, tax evasion, committing underground crimes, labour racketeering, illegal gambling, obstruction of justice, extortion, pornography, hijacking, prostitution, etc. Being born in a very poor family with a number of siblings, he turned to petty crimes from a very early age. As time passed, his contacts with the underground became stronger and after he lead a series of organized crimes, he was made the head of Gambino family. Following is a list of famous and popular words, thoughts, views and opinions of the âDapper Don.â Zoom through the quotes and thoughts by John Gotti, the man who became one of the most dangerous and powerful crime bosses in the world.
Listed In:
Criminals 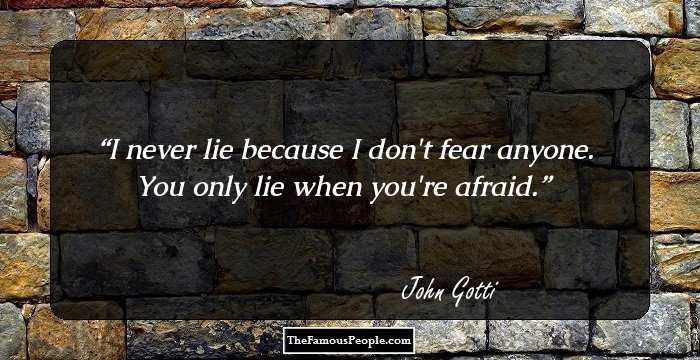 I never lie because I don't fear anyone. You only lie when you're afraid.

You Never Fear I
John Gotti 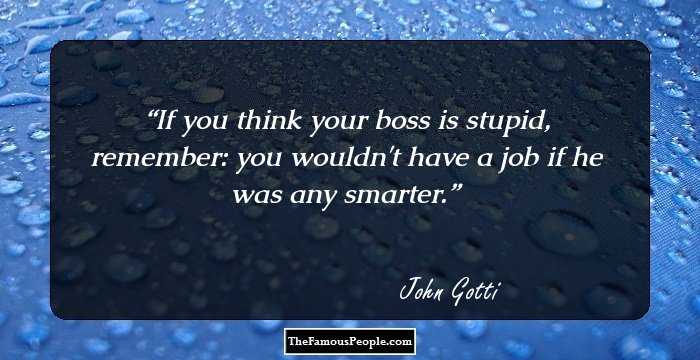 If you think your boss is stupid, remember: you wouldn't have a job if he was any smarter. 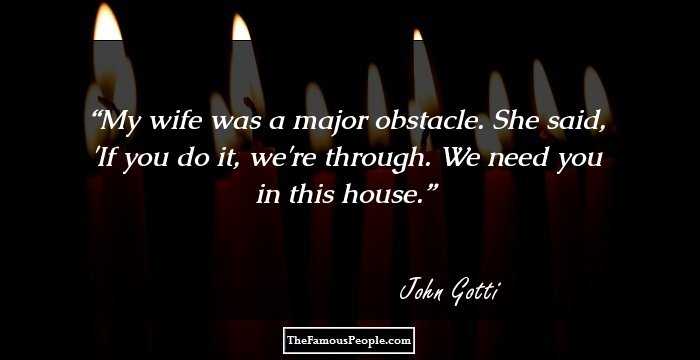 My wife was a major obstacle. She said, 'If you do it, we're through. We need you in this house. 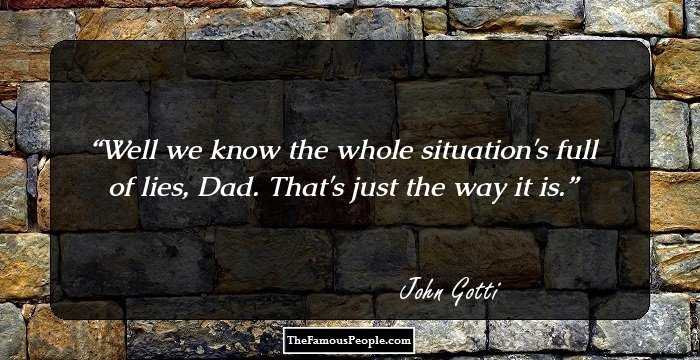 Well we know the whole situation's full of lies, Dad. That's just the way it is. 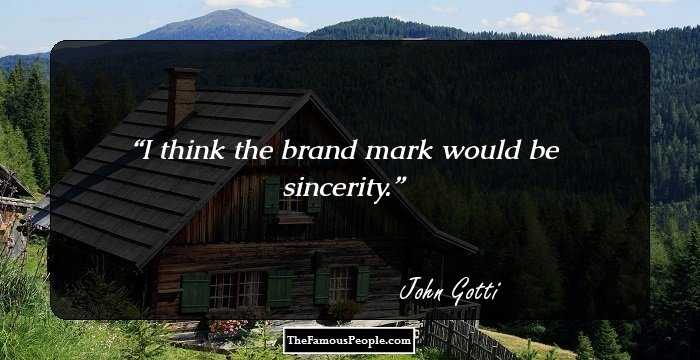 I think the brand mark would be sincerity. 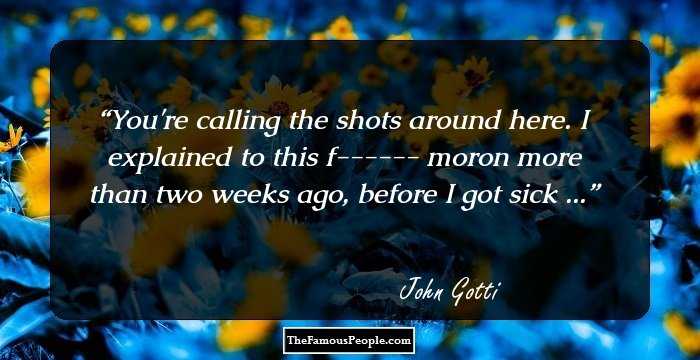 You're calling the shots around here. I explained to this f------ moron more than two weeks ago, before I got sick ... 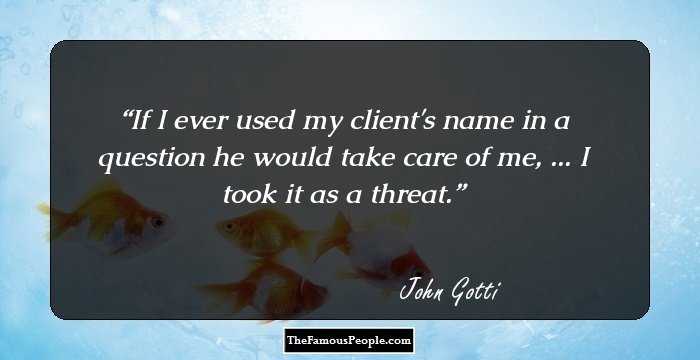 If I ever used my client's name in a question he would take care of me, ... I took it as a threat. 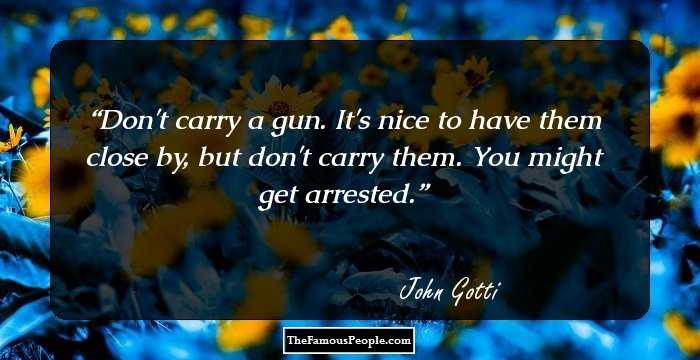 Don't carry a gun. It's nice to have them close by, but don't carry them. You might get arrested.