John Amos is a celebrated American actor. He has had a career spanning over five decades in films and on Broadway. He earned an âEmmyâ nomination for his performance in âRoots.â He bagged in a âNAACP Awardâ and âPrimetime Emmy Awardâ nomination for his works. Some of his notable film and television credits include âComing To American,â âThe Mary Tyler Moore Show,â âDie Hard 2,â âThe West Wing,â and âThe Beastmaster,â amongst various others. We have rounded some popular sayings by John Amos on struggle, books, purpose, people, teachings, history, Mexico, God, time, life, love, work, acting, actors and more. 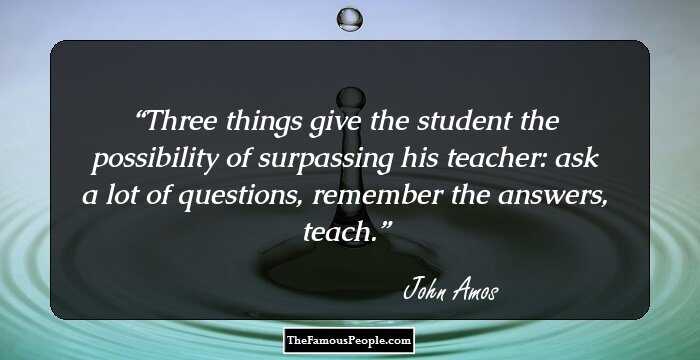 Three things give the student the possibility of surpassing his teacher: ask a lot of questions, remember the answers, teach. 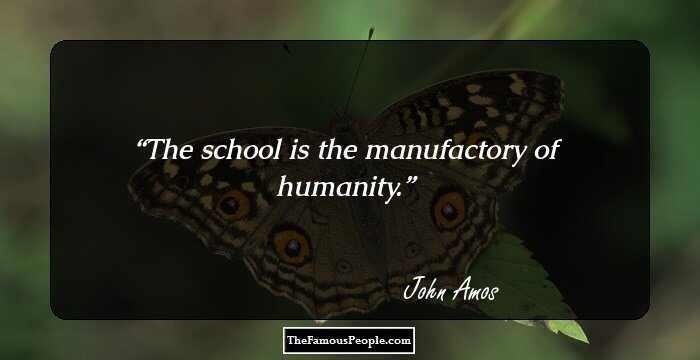 The school is the manufactory of humanity. 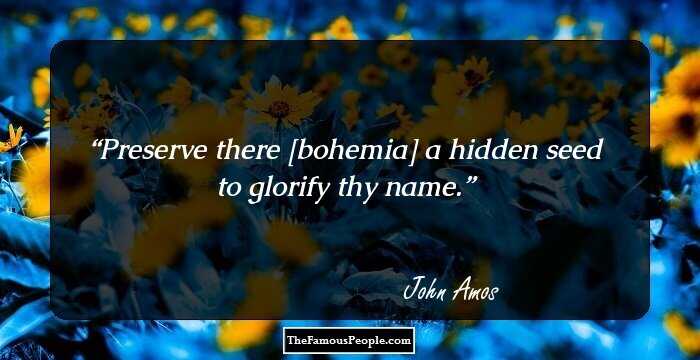 Preserve there [bohemia] a hidden seed to glorify thy name. 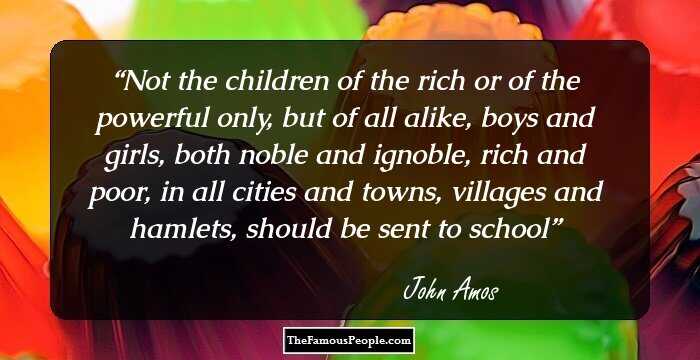 Not the children of the rich or of the powerful only, but of all alike, boys and girls, both noble and ignoble, rich and poor, in all cities and towns, villages and hamlets, should be sent to school 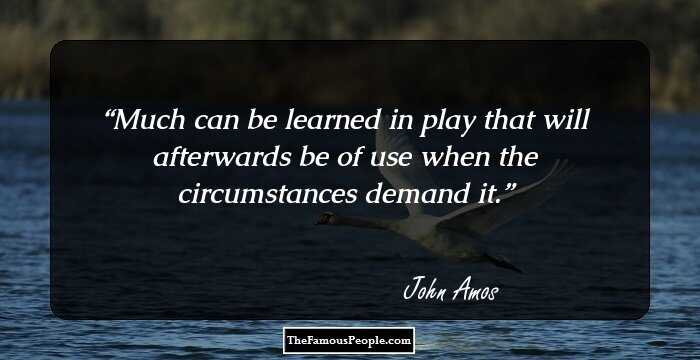 Much can be learned in play that will afterwards be of use when the circumstances demand it. 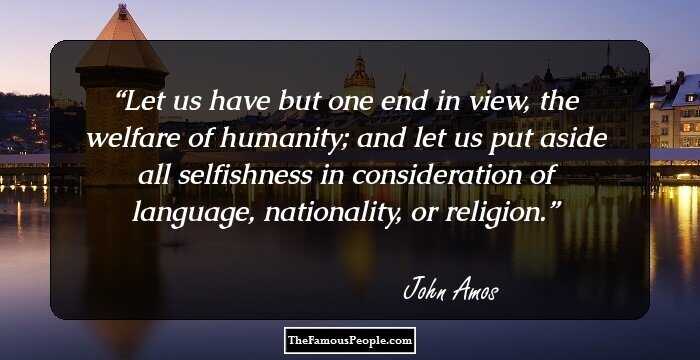 Let us have but one end in view, the welfare of humanity; and let us put aside all selfishness in consideration of language, nationality, or religion. 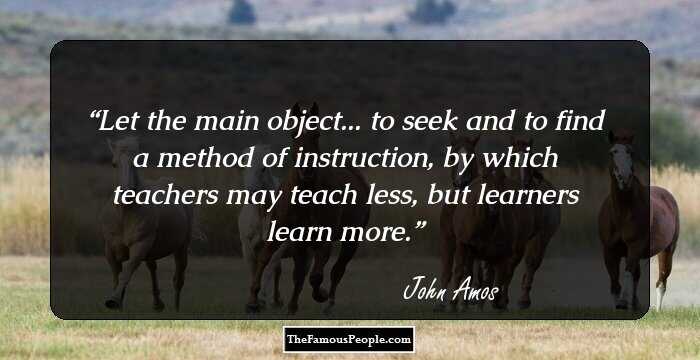 Let the main object... to seek and to find a method of instruction, by which teachers may teach less, but learners learn more. 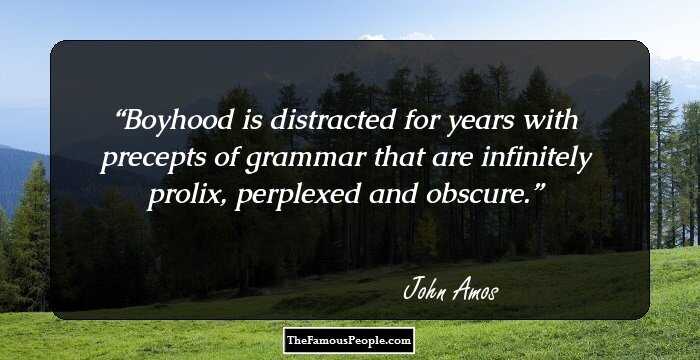 Boyhood is distracted for years with precepts of grammar that are infinitely prolix, perplexed and obscure.

For more than a hundred years much complaint has been made of the unmethodical way in which schools are conducted, but it is only within the last thirty that any serious attempt has been made to find a remedy for this state of things. And with what result? Schools remain exactly as they were.

If, in each hour, a man could learn a single fragment of some branch of knowledge, a single rule of some mechanical art, a single pleasing story or proverb (the acquisition of which would require no effort), what a vast stock of learning he might lay by. Seneca is therefore right when he says: "Life is long, if we know how to use it." It is consequently of importance that we understand the art of making the very best use of our lives.

The proper education of the young does not consist in stuffing their heads with a mass of words, sentences, and ideas dragged together out of various authors, but in opening up their understanding to the outer world, so that a living stream may flow from their own minds, just as leaves, flowers, and fruit spring from the bud on a tree.

The saying "He who teaches others, teaches himself" is very true, not only because constant repetition impresses a fact indelibly on the mind, but because the process of teaching itself gives deeper insight into the subject taught.

We are all citizens of one world, we are all of one blood. To hate people because they were born in another country, because they speak a different language, or because they take a different view on this subject or that, is a great folly. Desist, I implore you, for we are all equally human. . . . Let us have but one end in view: the welfare of humanity.