15 Famous Quotes By Joey Ramone That Will Rock Your World

Famous As: Lead vocalist of the punk rock band the Ramones
Born On: May 19, 1951
Died On: April 15, 2001
Born In: Forest Hills, New York, United States
Died At Age: 49
Joey Ramone was an illustrious American singer, musician, lead vocalist of âRamonesâ, a punk band and songwriter. He became the countercultural icon for his image, tenure as the lead vocalist of the band and for his voice. He gave his band a typical punk image by adorning torn jeans, clad in leather jacket, sun glasses and with his energetic and youthful voice. All music.com gave him the title of âthe voice of punk rock in Americaâ for his unique rock and roll style. He had a troubled childhood and found solace in music, initially as a drummer and then as a vocalist. We have curated some insightful and meaningful quotes and sayings by Joey Ramone from his songs, lyrics, writings, interviews, thoughts, work and life. Following is a list of notable quotes and thoughts by Joey Ramone that will make you go dancing in the streets.
Listed In:
Musicians
Singers 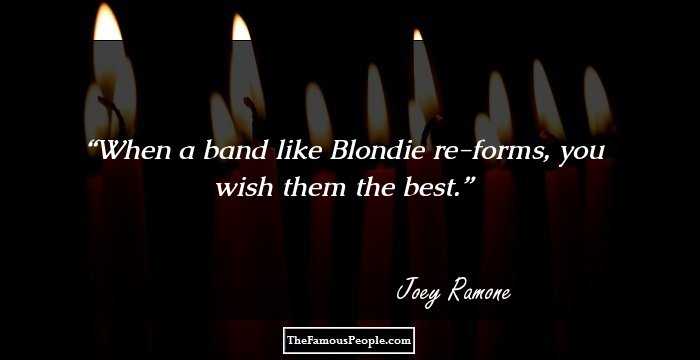 When a band like Blondie re-forms, you wish them the best. 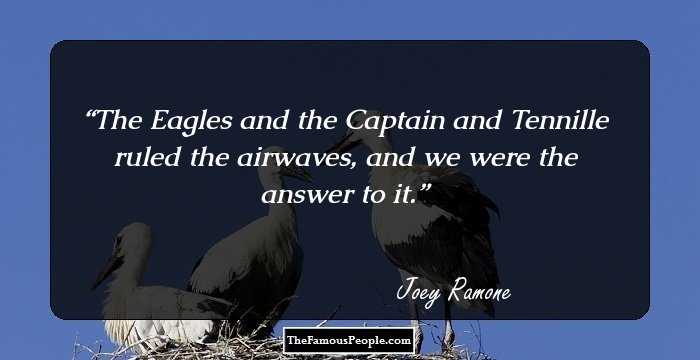 The Eagles and the Captain and Tennille ruled the airwaves, and we were the answer to it. 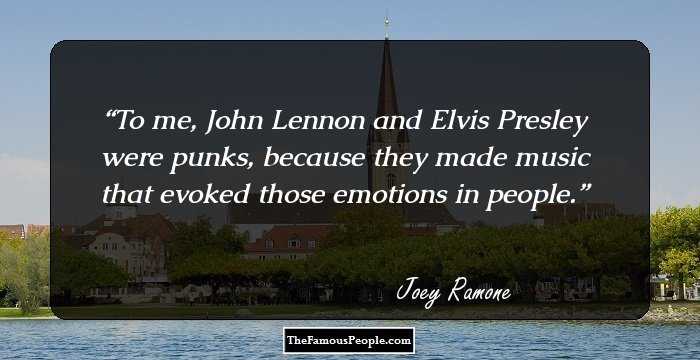 To me, John Lennon and Elvis Presley were punks, because they made music that evoked those emotions in people. 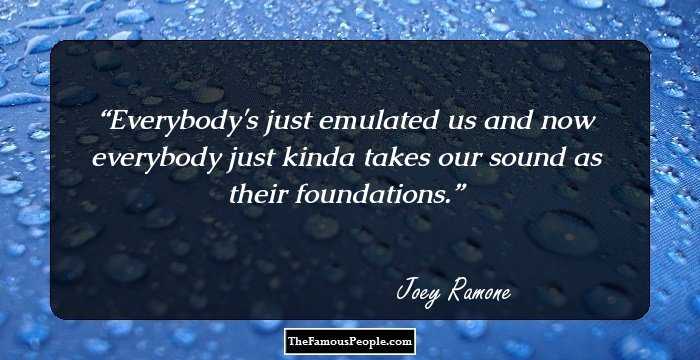 Everybody's just emulated us and now everybody just kinda takes our sound as their foundations. 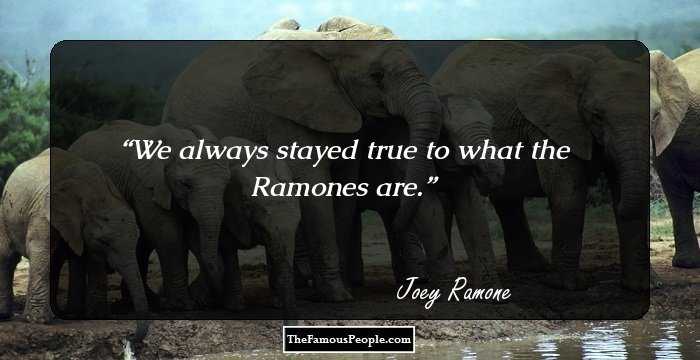 We always stayed true to what the Ramones are. 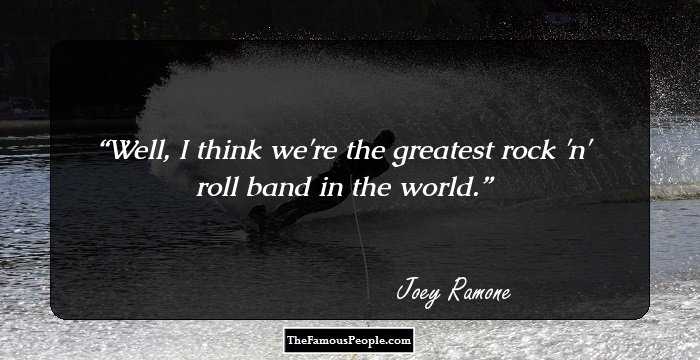 Well, I think we're the greatest rock 'n' roll band in the world. 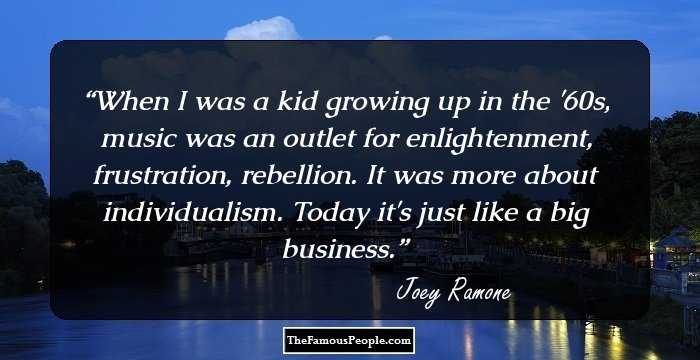 When I was a kid growing up in the '60s, music was an outlet for enlightenment, frustration, rebellion. It was more about individualism. Today it's just like a big business. 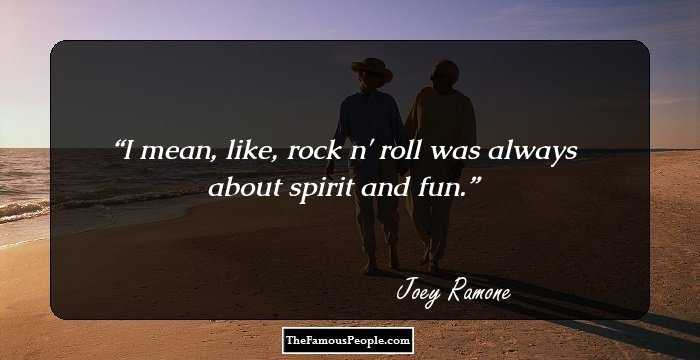 I mean, like, rock n' roll was always about spirit and fun. 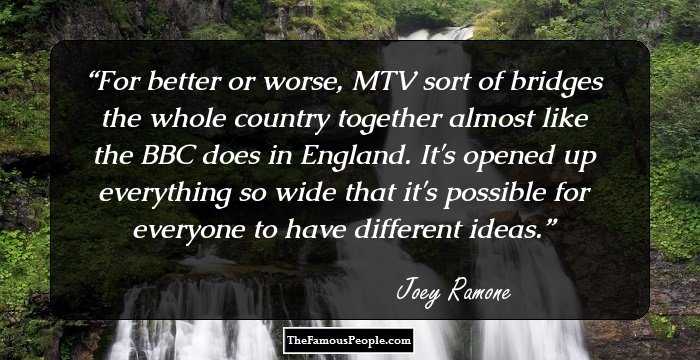 For better or worse, MTV sort of bridges the whole country together almost like the BBC does in England. It's opened up everything so wide that it's possible for everyone to have different ideas. 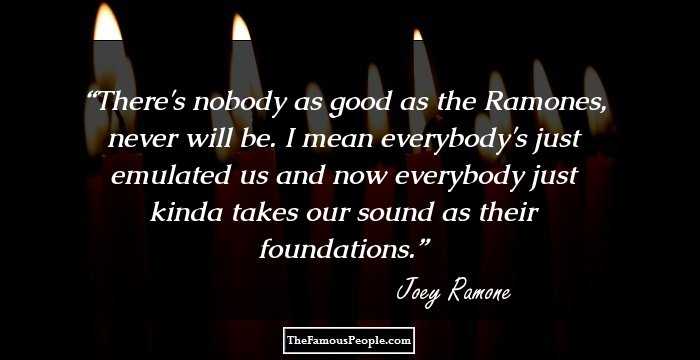 There's nobody as good as the Ramones, never will be. I mean everybody's just emulated us and now everybody just kinda takes our sound as their foundations. 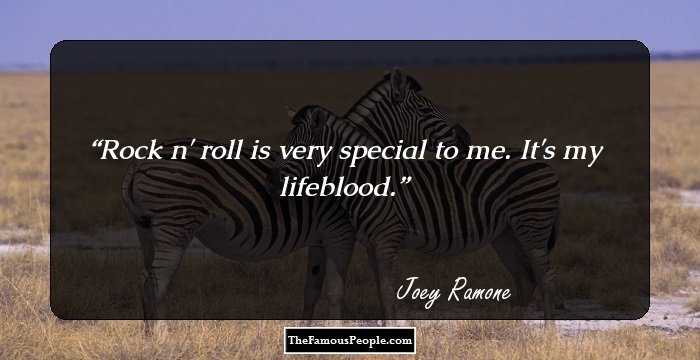 Rock n' roll is very special to me. It's my lifeblood. 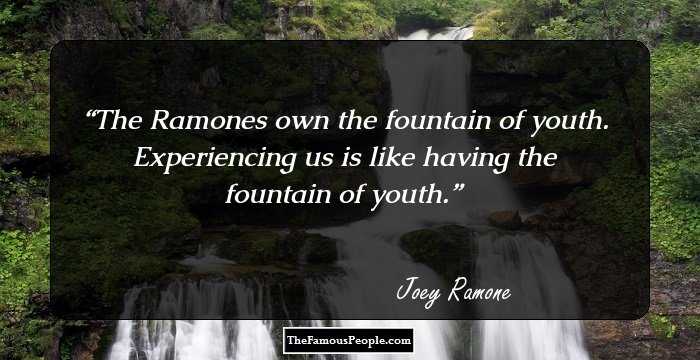 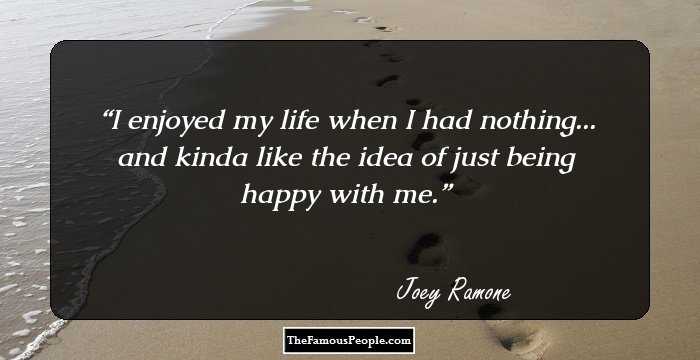 I enjoyed my life when I had nothing... and kinda like the idea of just being happy with me. 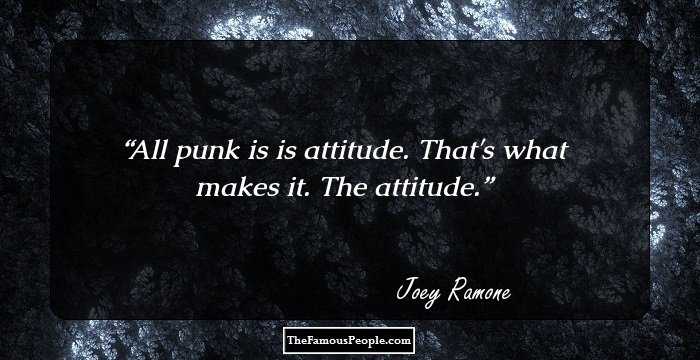 All punk is is attitude. That's what makes it. The attitude. 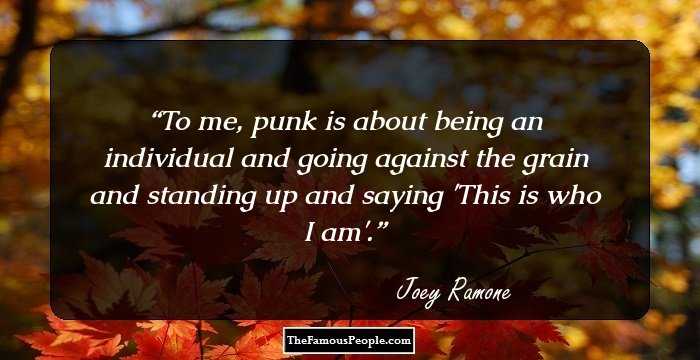 To me, punk is about being an individual and going against the grain and standing up and saying 'This is who I am'. 49 Famous Quotes By Carlos Santana For A Rhythmic Life