Joan Aiken was a prolific English writer who specialized in charmingly unconventional childrenâs novel and supernatural fiction. She received an MBE in 1999 for her contributions towards childrenâs literature. She is one of the most noteworthy and loved authors of all time. She received the âEdgar Allan Poe Awardâ and âGuardian Childrenâs Fiction Prizeâ for her remarkable writings and thoughts. She had developed a knack for story-telling from a very young age which improved with time. Her writings covered various genres including thriller, magic, adventure and fantasy. Throughout her career she wrote more than 90 novels that included 27 for adults along with a number of short-stories, poems and plays. Following is a treasure trove of notable quotes and sayings by Joan Aiken that haveÂ been corralled from the vast sea of her writings, thoughts, stories, books, plays, novels and works. Let us zoom through the quotes and thoughts by Joan Aiken. 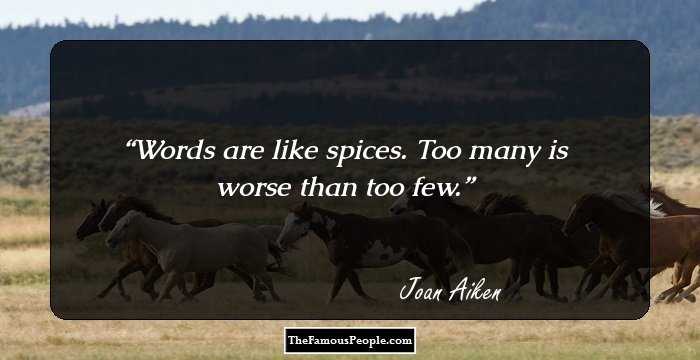 Words are like spices. Too many is worse than too few. 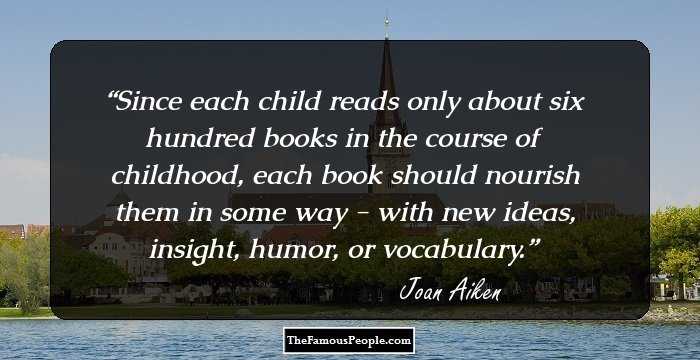 Since each child reads only about six hundred books in the course of childhood, each book should nourish them in some way - with new ideas, insight, humor, or vocabulary. 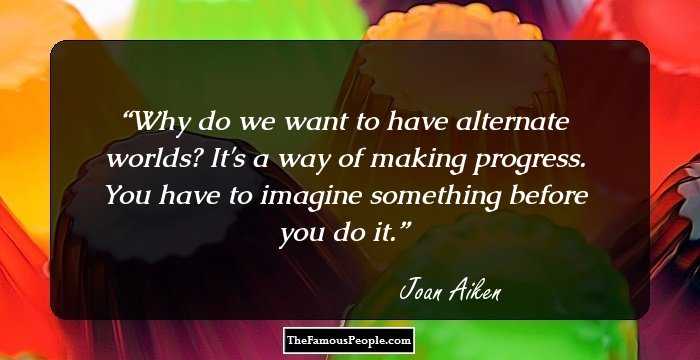 Why do we want to have alternate worlds? It's a way of making progress. You have to imagine something before you do it. 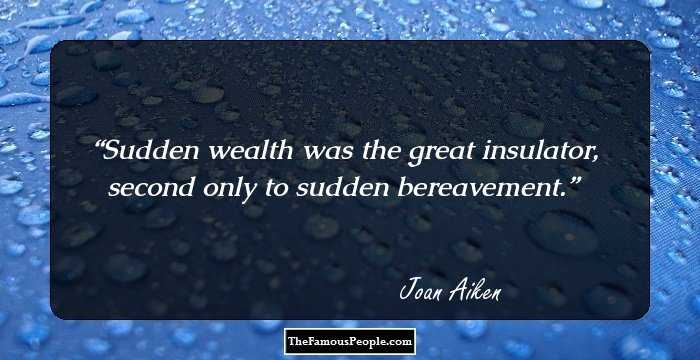 Sudden wealth was the great insulator, second only to sudden bereavement. 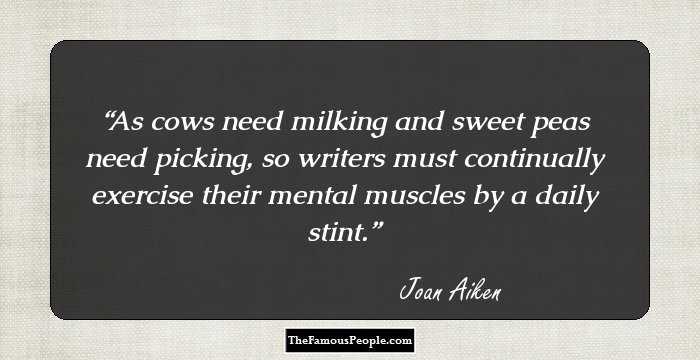 As cows need milking and sweet peas need picking, so writers must continually exercise their mental muscles by a daily stint. 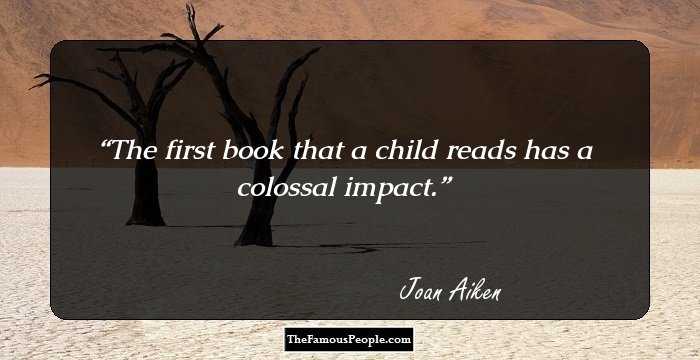 The first book that a child reads has a colossal impact.

Stories ought not to be just little bits of fantasy that are used to wile away an idle hour; from the beginning of the human race stories have been used - by priests, by bards, by medicine men - as magic instruments of healing, of teaching, as a means of helping people come to terms with the fact that they continually have to face insoluble problems and unbearable realities.

A children's writer should, ideally, be a dedicated semi-lunatic, a kind of poet with a marvelous idea, who, preferably, when not committing the marvellous idea to paper, does something else of a quite different kind, so as to acquire new and rich experience.

You may think it odd that there were three men to look after one tiny station, but the people who ran the railway knew that if you left two men together in a lonely place they would quarrel, but if you left three men, two of them could always grumble to each other about the third, and then they would be quite happy.

If reading becomes a bore, mental death is on the way. Children taught to read by tedious mechanical means rapidly learn to skim over the dull text without bothering to delve into its implications -- which in time will make them prey to propaganda and to assertions based on scanty evidence, or none.

Children read to learn - even when they are reading fantasy, nonsense, light verse, comics or the copy on cereal packets, they are expanding their minds all the time, enlarging their vocabulary, making discoveries - it is all new to them. 26 Notable Federico Fellini Quotes That Will Make Your Day