Famous As: Actor
Born On: August 26, 1909
Died On: April 26, 1981
Born In: Edgerton, Missouri, United States
Died At Age: 71
Jim Davis was an eminent American actor renowned for CBS prime-time soap opera âDallasâ where he played the role of Jock Ewing. He is also remembered for his cowboy acts in a number of films. He had a modest beginning to his career, and worked in a circus as a tent-rigger. It was his job as a salesman that took him to Los Angeles where he started his career in acting. Initially he was cast in minor roles but with a starring role in âWinter Meetingâ he broke the six year old anonymity. We have rounded some meaningful, motivating and enlightening quotes and sayings by Jim Davis which have been extracted from his movies, dialogues, acts, thoughts, performances, public utterances, works and life. Take a look at the famous and popular quotes and thoughts by Jim Davis.
Listed In:
Actors
Film & Theater Personalities 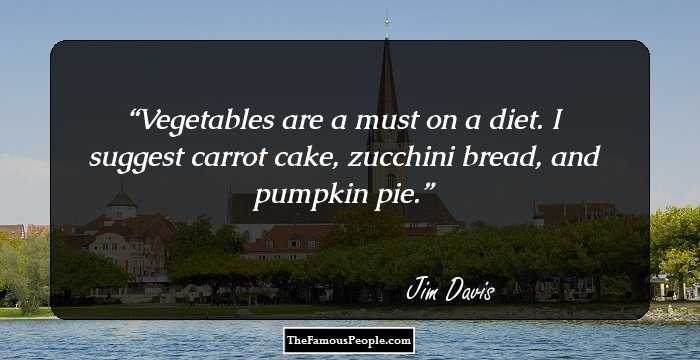 Vegetables are a must on a diet. I suggest carrot cake, zucchini bread, and pumpkin pie. 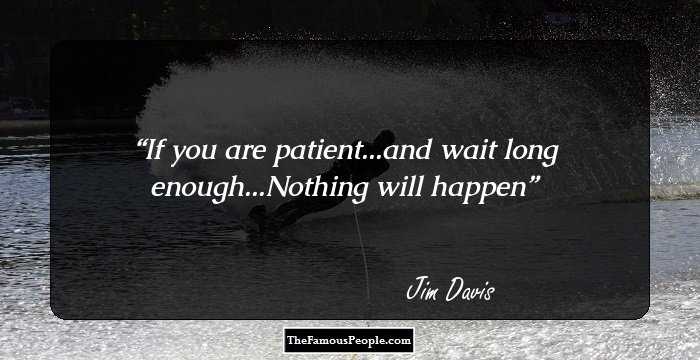 You Will
Jim Davis 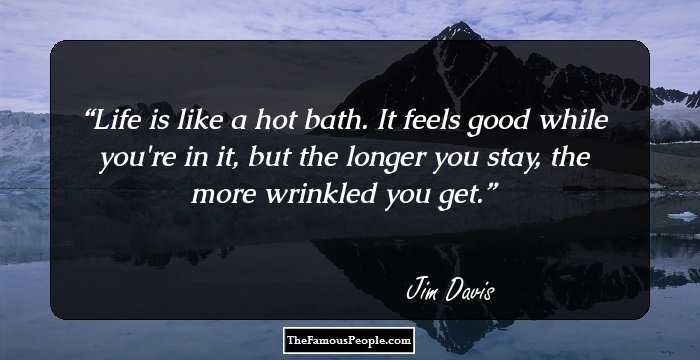 Life is like a hot bath. It feels good while you're in it, but the longer you stay, the more wrinkled you get. 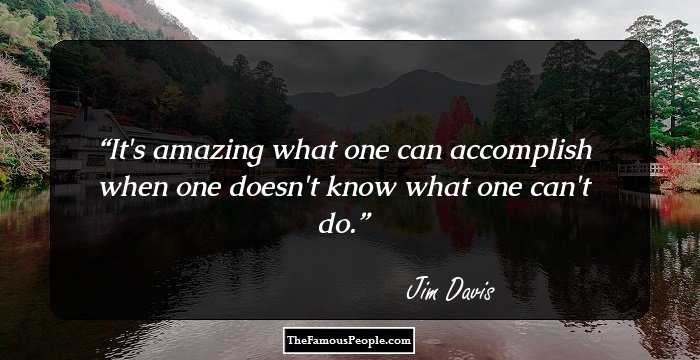 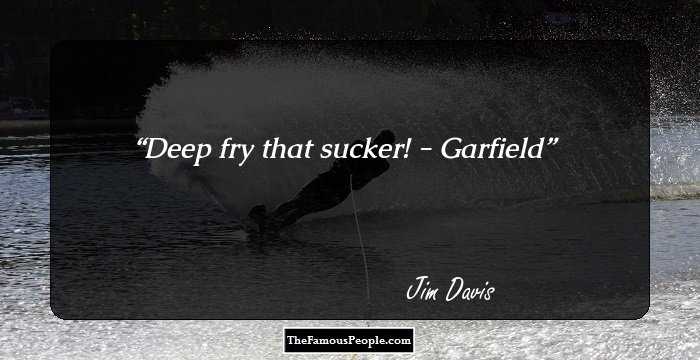 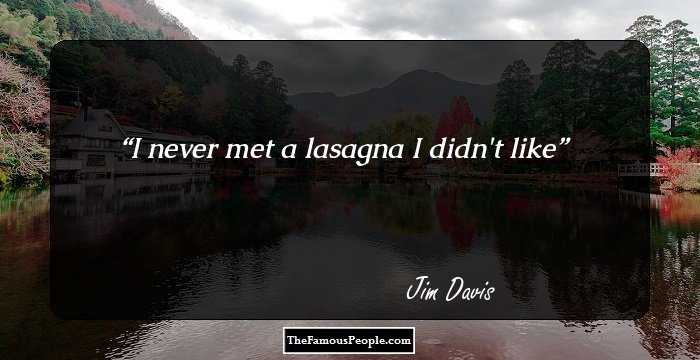 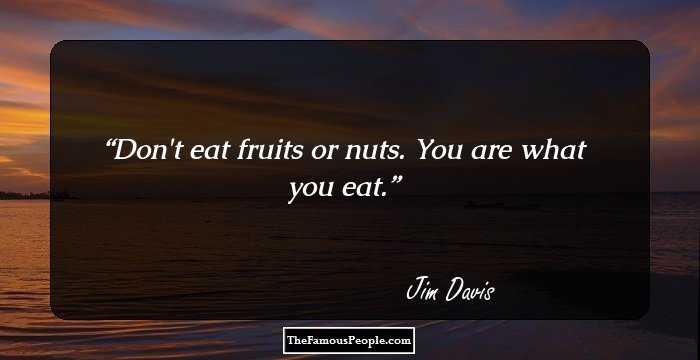 Don't eat fruits or nuts. You are what you eat. 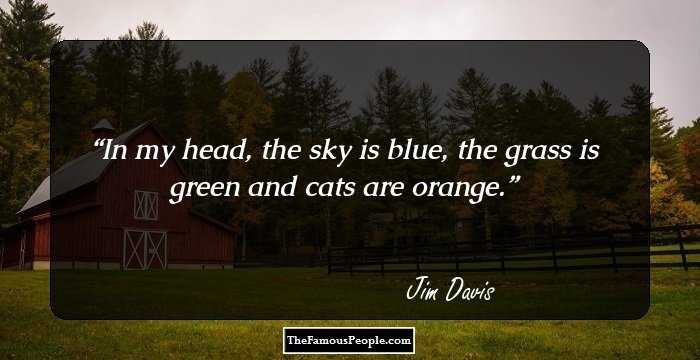 In my head, the sky is blue, the grass is green and cats are orange. 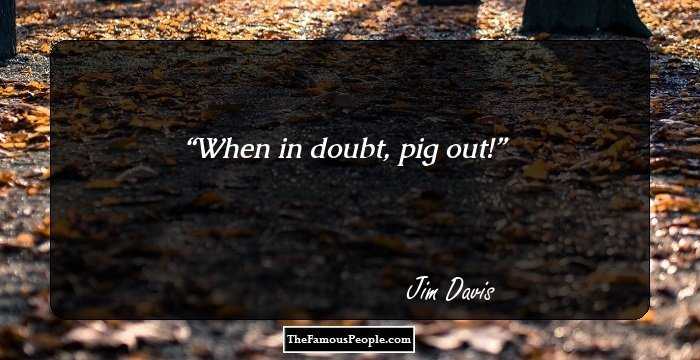 When in doubt, pig out! 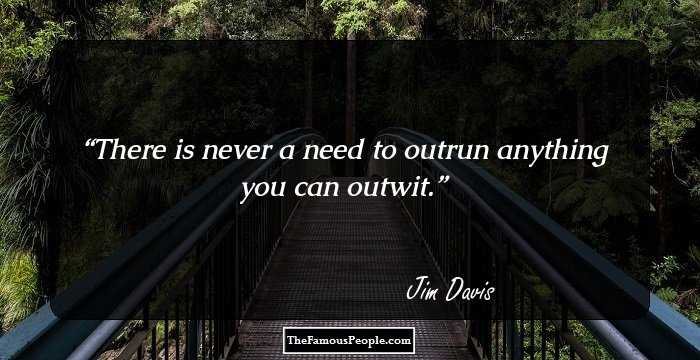 There is never a need to outrun anything you can outwit. 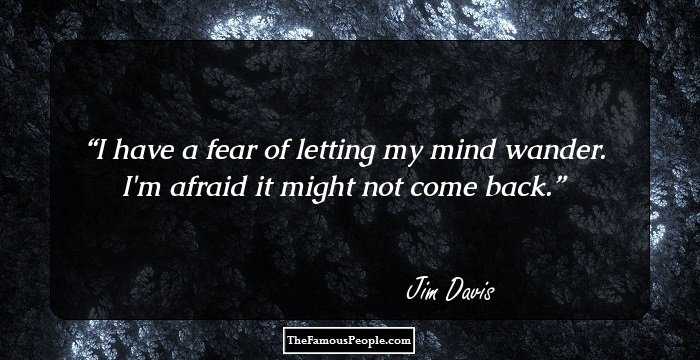 I have a fear of letting my mind wander. I'm afraid it might not come back. 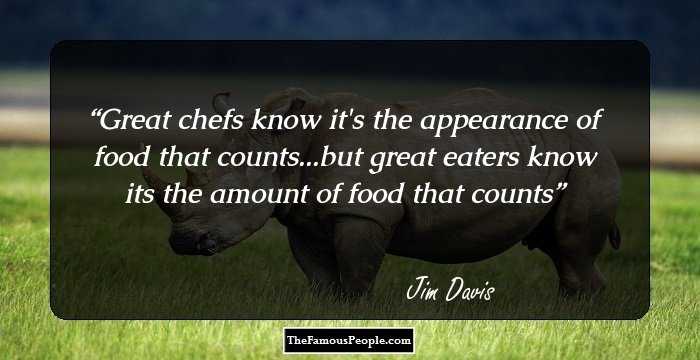 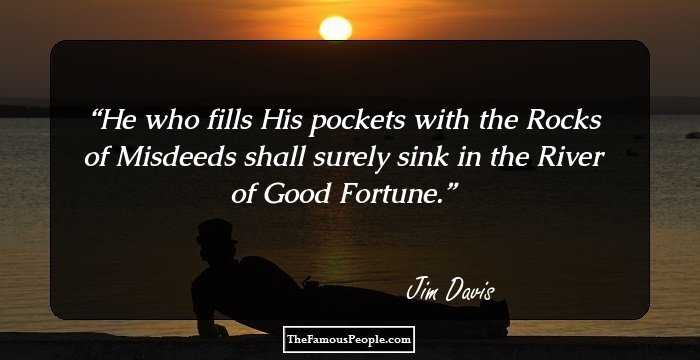 He who fills His pockets with the Rocks of Misdeeds shall surely sink in the River of Good Fortune. 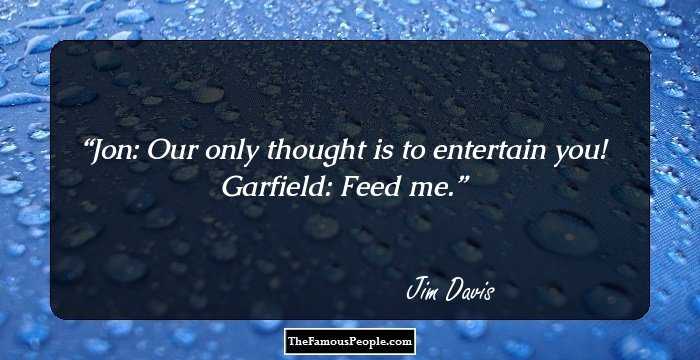 Jon: Our only thought is to entertain you! Garfield: Feed me. 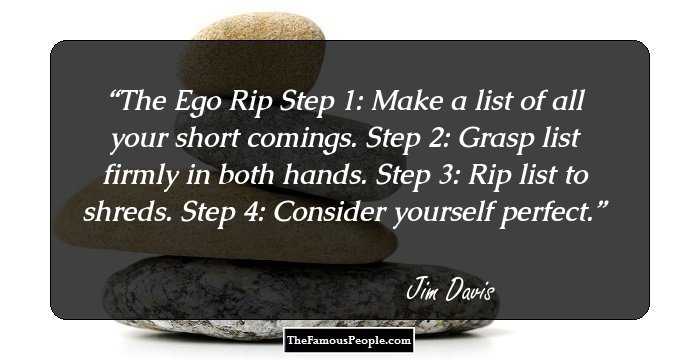 The Ego Rip Step 1: Make a list of all your short comings. Step 2: Grasp list firmly in both hands. Step 3: Rip list to shreds. Step 4: Consider yourself perfect. 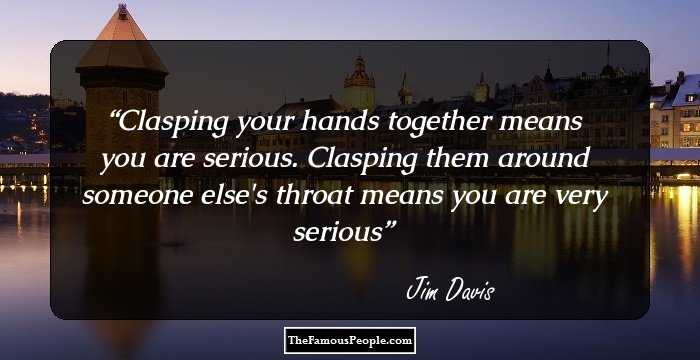 You Together
Jim Davis 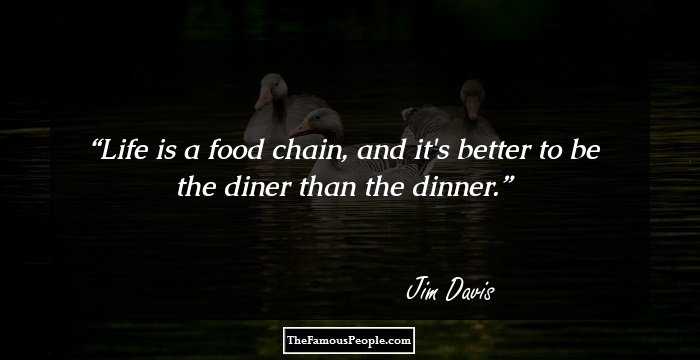 Life is a food chain, and it's better to be the diner than the dinner. 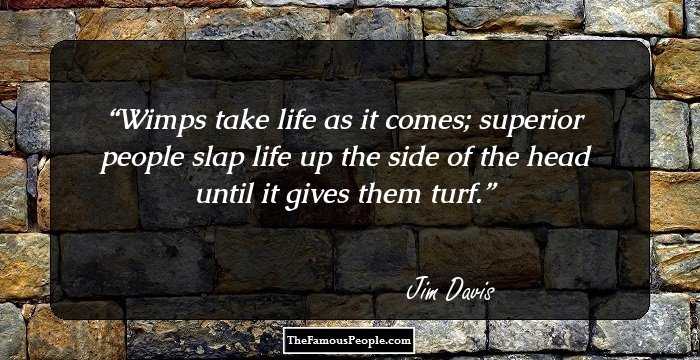 Wimps take life as it comes; superior people slap life up the side of the head until it gives them turf.