Famous As: Actor, Television actor
Born On: October 22, 1975
Born In: Missoula
Age: 47 Years
Jesse Tyler Ferguson is an American actor. He is renowned for his performance in television mockumentary family sitcom âModern Family,â where he portrayed Mitchell Pritchett. He bagged in four âScreen Actors Guild Awardsâ and five âPrimetime Emmy Awardâ nominations for his performance in the sitcom. âThe 25th Annual Putnam County Spelling Beeâ marked his Broadway debut. We have amassed some quotes and sayings by Jesse Tyler Ferguson, which have been excerpted from his movies, interviews, public utterances, thoughts, tweets, etc. Zoom through the notable and quotable quotes by Jesse Tyler Ferguson on kids, holiday, people, profession, new-york, gay, black-and-white, love, etc.
Listed In:
Actors
Film & Theater Personalities 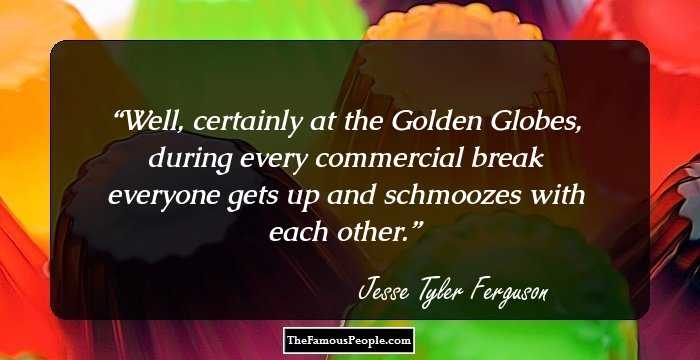 Well, certainly at the Golden Globes, during every commercial break everyone gets up and schmoozes with each other. 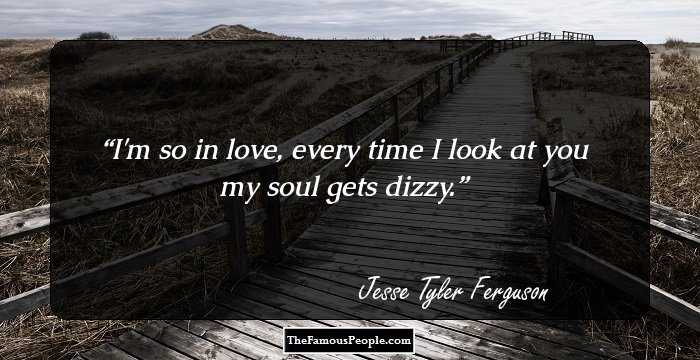 I'm so in love, every time I look at you my soul gets dizzy. 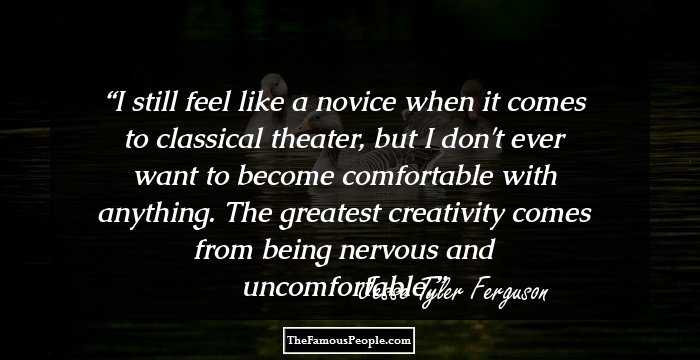 I still feel like a novice when it comes to classical theater, but I don't ever want to become comfortable with anything. The greatest creativity comes from being nervous and uncomfortable.

Chemistry is one of these crazy things you can't teach or learn or you can't fake. You go in hoping it will work, hope that you will connect with the other actors. I was fortunate on 'Modern Family' and 'The Procession.' They are great people, very easy to like.

This show does something very special for the gay community. There's a message hidden inside the totally gaudy package that is so fun to watch. It's all about loving and accepting yourself, and every season I'm surprisingly moved by it.