Jerry Stiller was an American author, comedian, and actor. His career-resurgence began in 1993 when he appeared in âSeinfeld,â a television series and for which he bagged in an âEmmy Awardâ nomination. He garnered widespread acclaim for his performance in âThe King of Queens,â where he portrayed Arthur Spooner. Some of his other notable works include âHeavyweights,â âThe Lion King Â½,â Zoolander,â âHot Pursuit,â âZoolander 2,â âPlanes: Fire and Rescue,â âThe Heartbreak Kid,â and many more. We bring to you a collection of famous quotes by Jerry Stiller on funny, money, laugh, fighting, business, audience, love, strength, depression, memories, aging, growing, talent, war, etc. 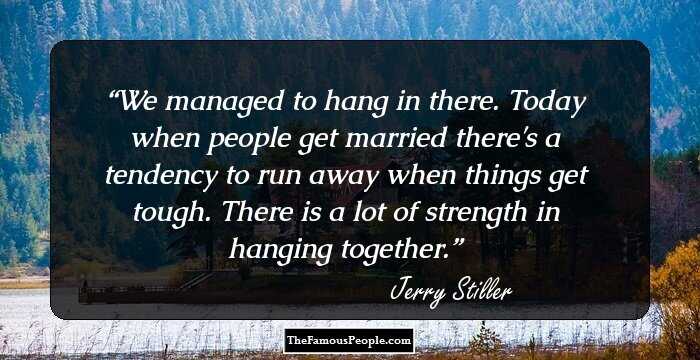 We managed to hang in there. Today when people get married there's a tendency to run away when things get tough. There is a lot of strength in hanging together. 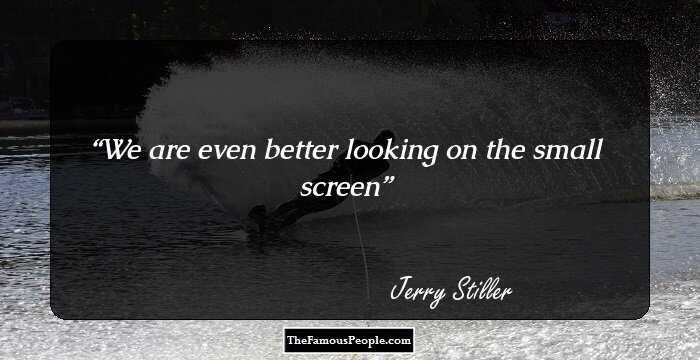 We are even better looking on the small screen 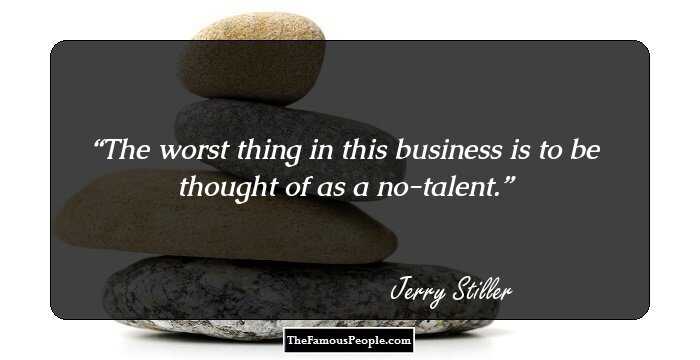 The worst thing in this business is to be thought of as a no-talent. 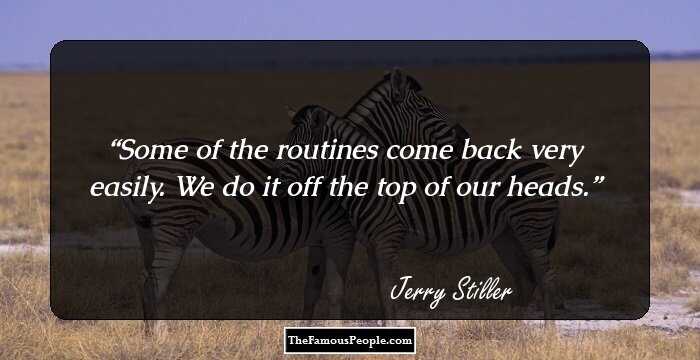 Some of the routines come back very easily. We do it off the top of our heads. 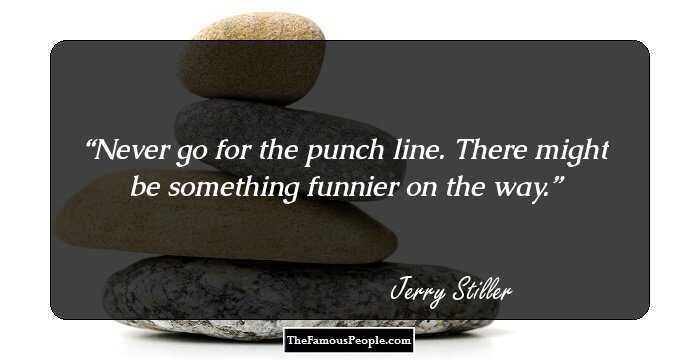 Never go for the punch line. There might be something funnier on the way. 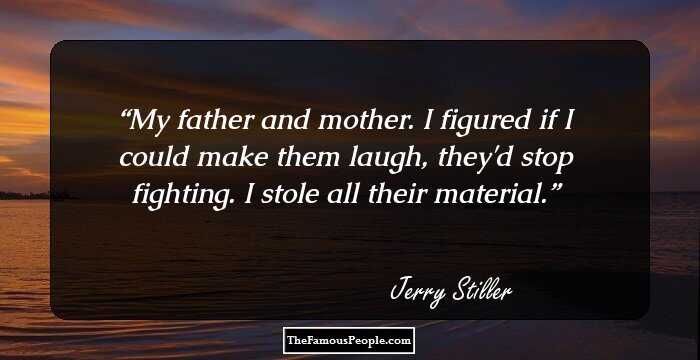 My father and mother. I figured if I could make them laugh, they'd stop fighting. I stole all their material. 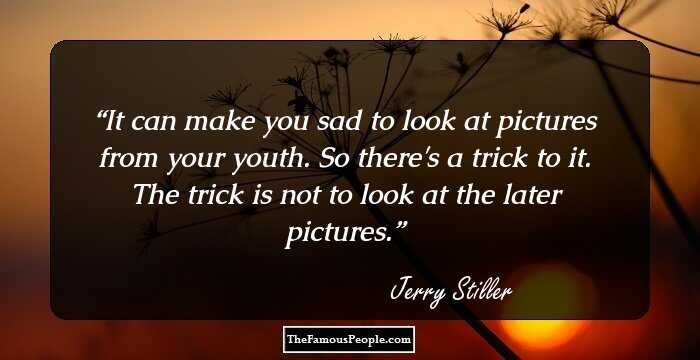 It can make you sad to look at pictures from your youth. So there's a trick to it. The trick is not to look at the later pictures. 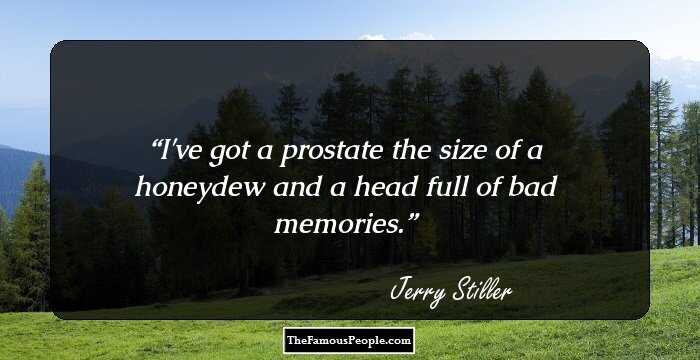 I've got a prostate the size of a honeydew and a head full of bad memories. 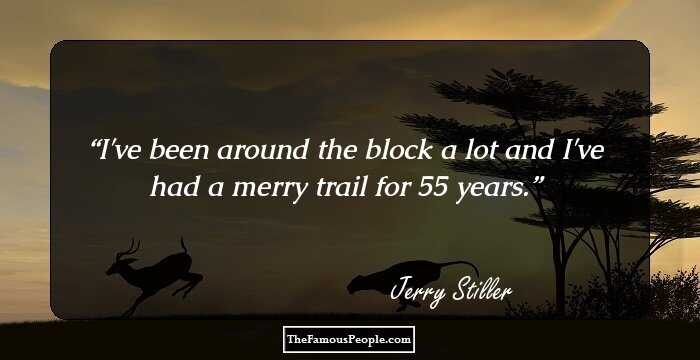 I've been around the block a lot and I've had a merry trail for 55 years. 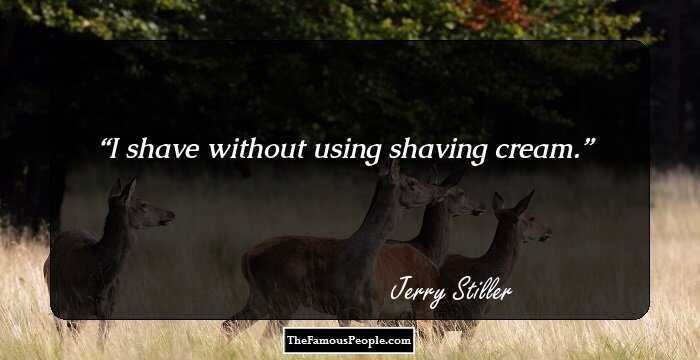 I shave without using shaving cream. 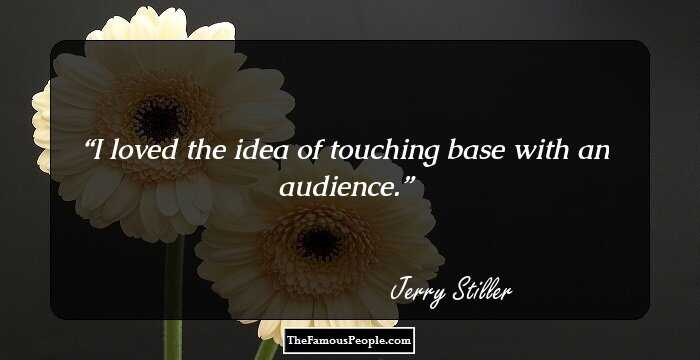 I loved the idea of touching base with an audience. 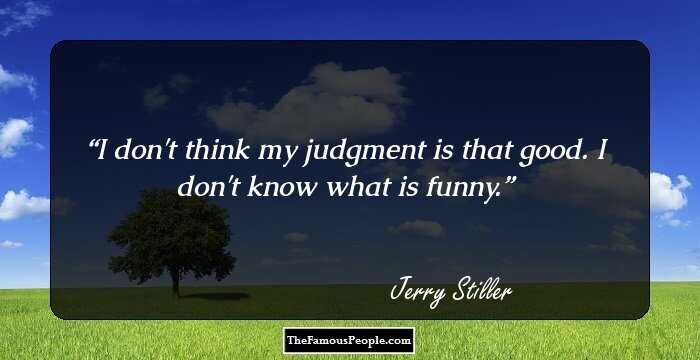 I don't think my judgment is that good. I don't know what is funny. 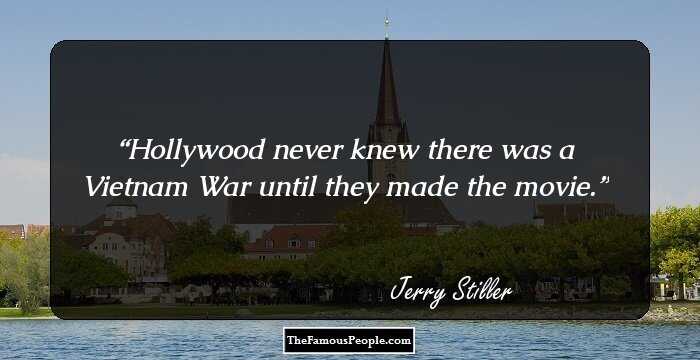 Hollywood never knew there was a Vietnam War until they made the movie. 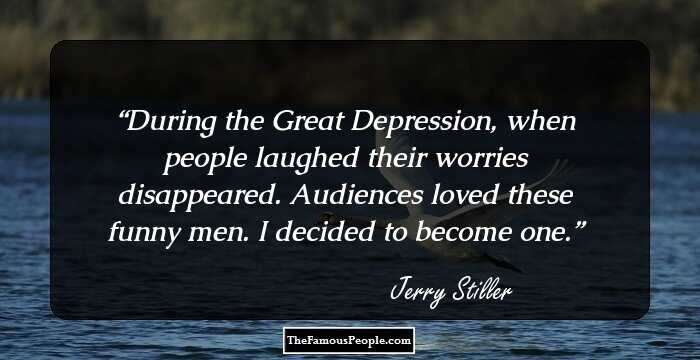 During the Great Depression, when people laughed their worries disappeared. Audiences loved these funny men. I decided to become one. 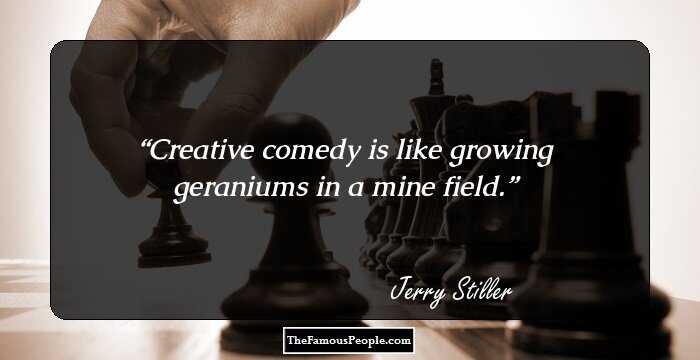 Creative comedy is like growing geraniums in a mine field. 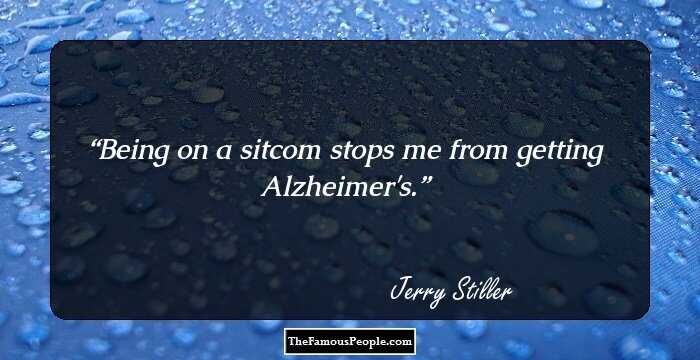 Being on a sitcom stops me from getting Alzheimer's.

Would you go to see a brilliant actor who's been framed for something that he didn't do, and put him on a stage and say he's going to do Hamlet for you, and why don't you enjoy it? That's a hell of an analogy, but it's about the same thing.