Famous As: Novelist best remembered for several best-sellers, including Lost Horizon and Goodbye, Mr. Chips
Born On: September 9, 1900
Died On: December 20, 1954
Born In: Leigh, Lancashire, England
Died At Age: 54
James Hilton was a renowned English novelist and screenwriter. He wrote a number of bestselling books. He pursued his studies from renowned universities and wrote his first novel titled âCatherine Herselfâ while pursuing his graduation at the Cambridge University. He started off his career as a journalist at the Manchester Guardian and went on to become a fiction reviewer at Daily Telegraph. During this period he wrote various novels but couldnât achieve success. His novel âAnd Now Goodbyeâ brought a drastic change in his luck and this book is known to mark the beginning of his successful career. He wrote various successful novels and short stories which were commercially successful and magnified his reputation and fame as a writer. His most distinguished novels were adapted in the movies including âRandom Harvestâ, âGoodbye, Mr. Chipsâ and even the âLost Horizonâ which brought him a âHawthornden Prizeâ. His great reputation as a writer encouraged him to become a successful screenwriter and he wrote some successful screenplays including âCamilleâ and âWe Are Not Aloneâ. Here is a collection of thoughts and quotes which have been extracted from the writings, novels, books, life and thoughts of the celebrated novelist. Go through some of the most famous quotations and sayings by James Hilton.
Listed In:
Writers 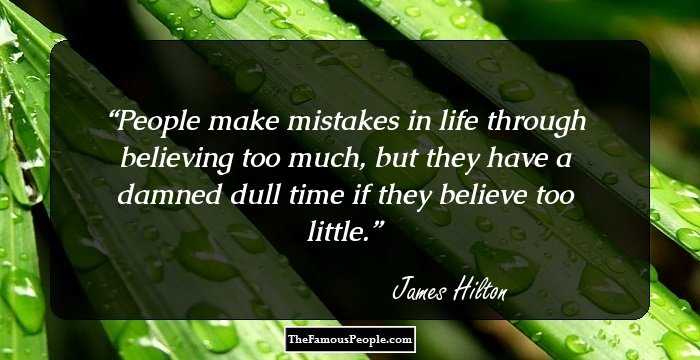 People make mistakes in life through believing too much, but they have a damned dull time if they believe too little. 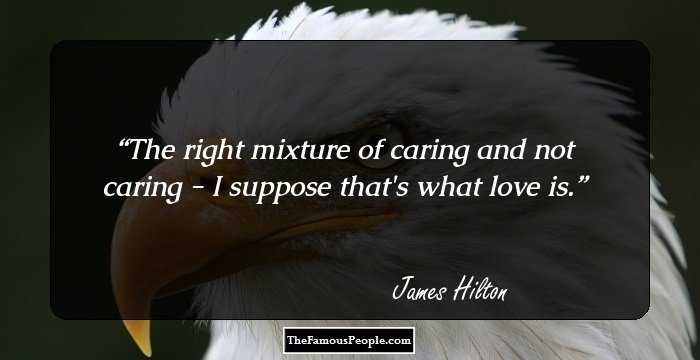 The right mixture of caring and not caring - I suppose that's what love is. 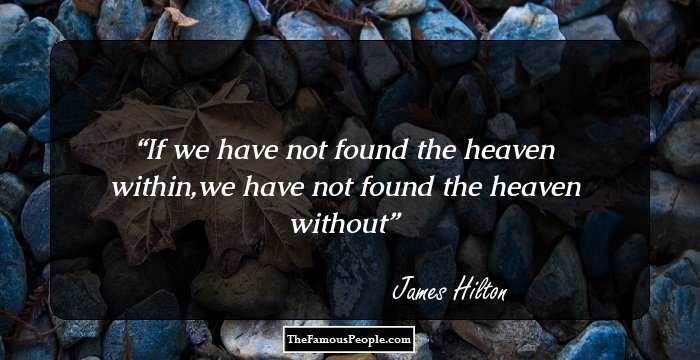 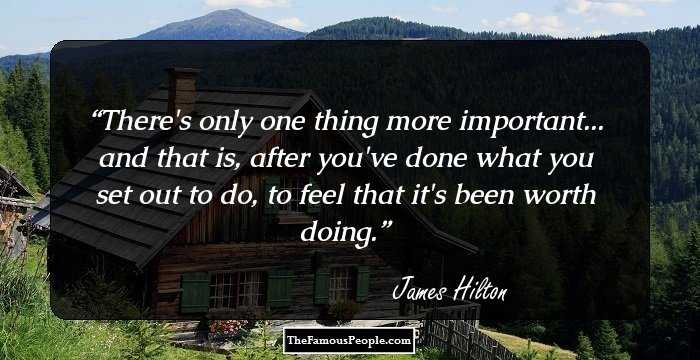 There's only one thing more important... and that is, after you've done what you set out to do, to feel that it's been worth doing. 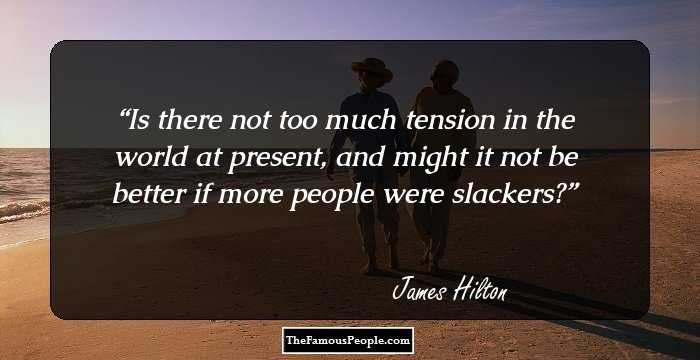 Is there not too much tension in the world at present, and might it not be better if more people were slackers? 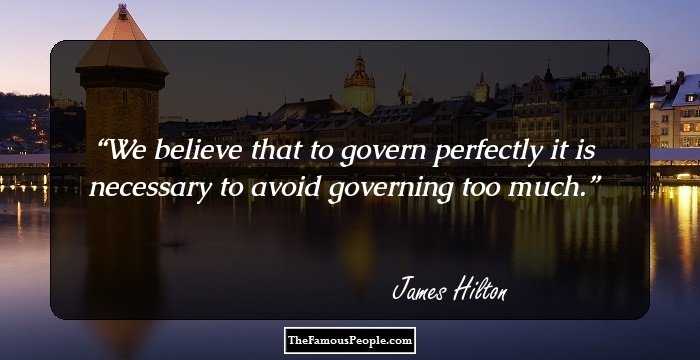 We believe that to govern perfectly it is necessary to avoid governing too much. 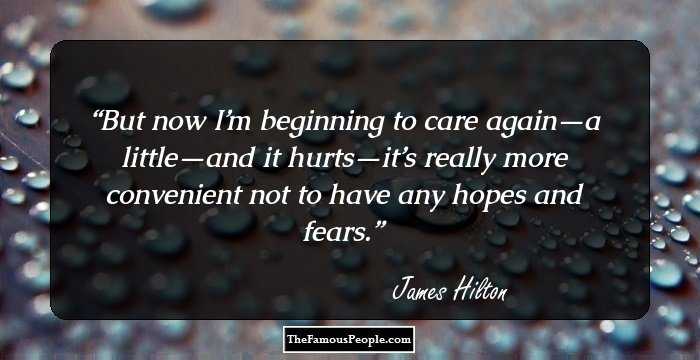 But now I’m beginning to care again—a little—and it hurts—it’s really more convenient not to have any hopes and fears. 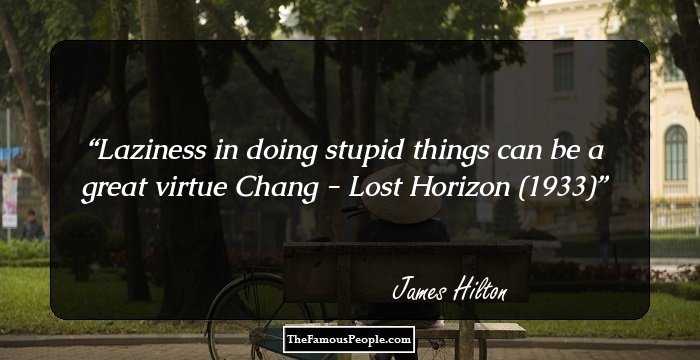 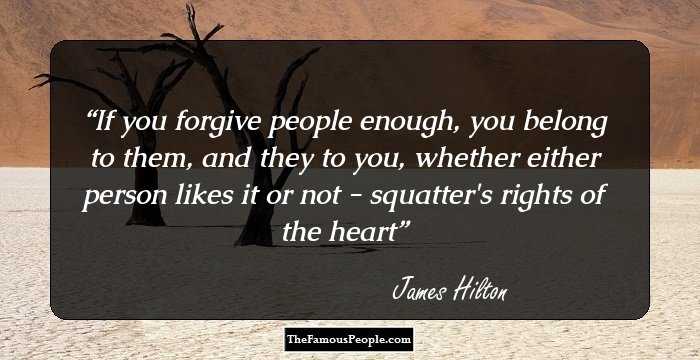 If you forgive people enough, you belong to them, and they to you, whether either person likes it or not - squatter's rights of the heart 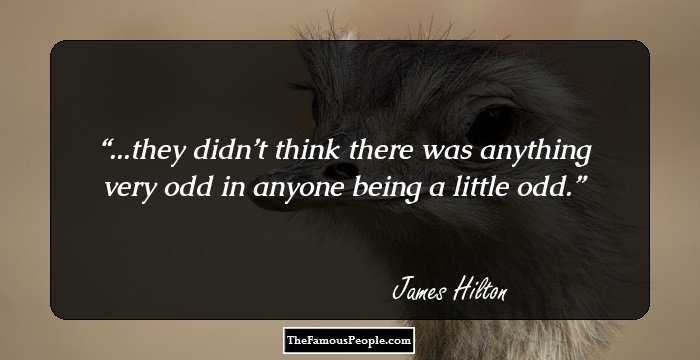 ...they didn’t think there was anything very odd in anyone being a little odd. 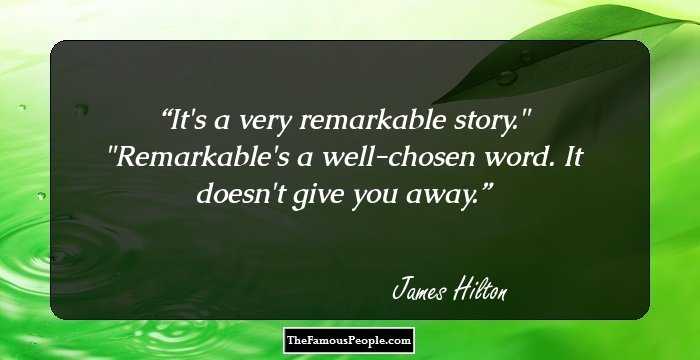 It's a very remarkable story." "Remarkable's a well-chosen word. It doesn't give you away. 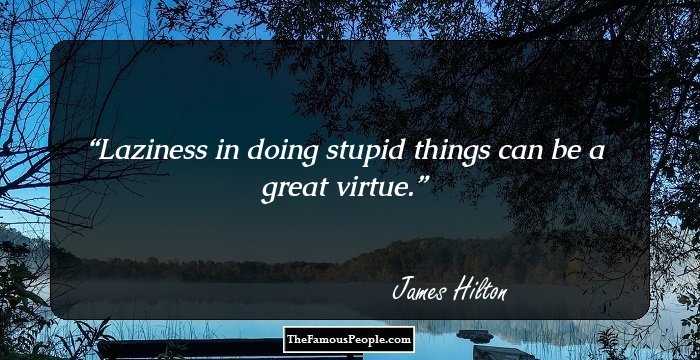 Laziness in doing stupid things can be a great virtue. 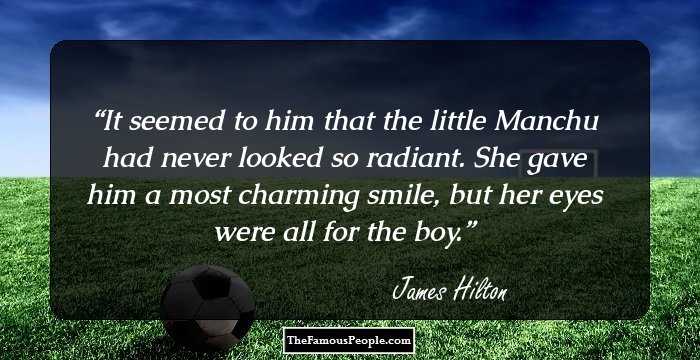 It seemed to him that the little Manchu had never looked so radiant. She gave him a most charming smile, but her eyes were all for the boy. 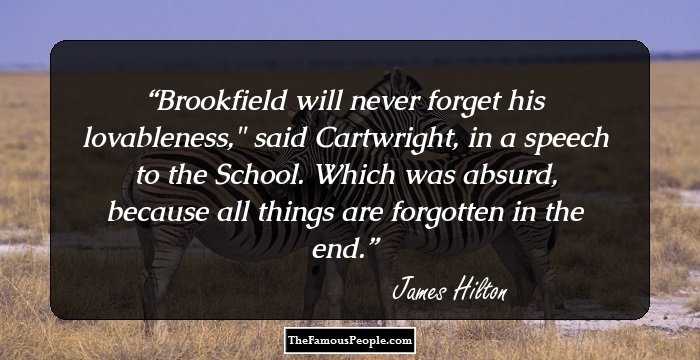 Brookfield will never forget his lovableness," said Cartwright, in a speech to the School. Which was absurd, because all things are forgotten in the end. 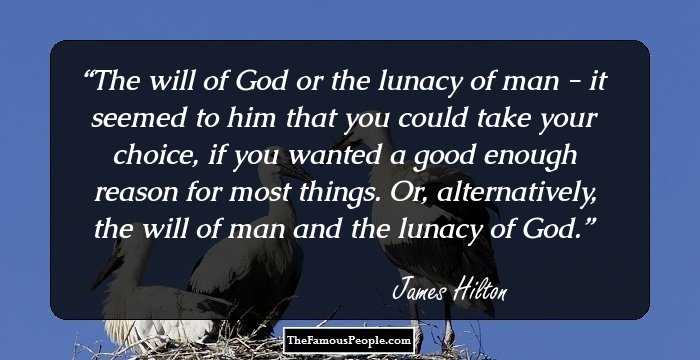 The will of God or the lunacy of man - it seemed to him that you could take your choice, if you wanted a good enough reason for most things. Or, alternatively, the will of man and the lunacy of God.

You God Will
James Hilton 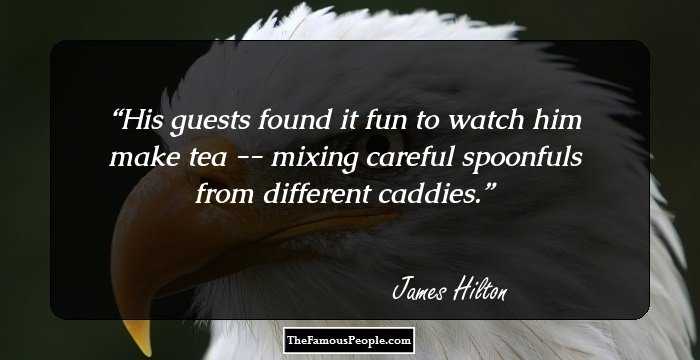 His guests found it fun to watch him make tea -- mixing careful spoonfuls from different caddies. 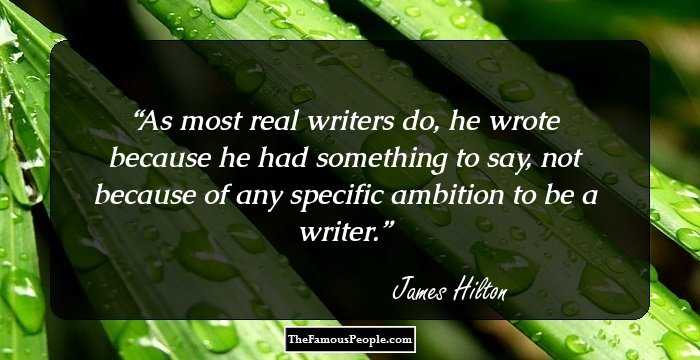 As most real writers do, he wrote because he had something to say, not because of any specific ambition to be a writer. 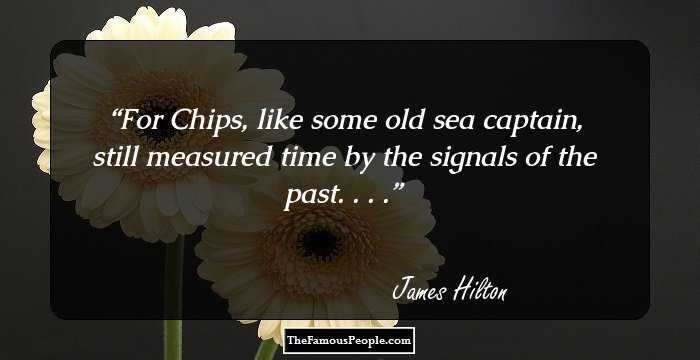 For Chips, like some old sea captain, still measured time by the signals of the past. . . . 30 Notable Quotes By Abraham Cowley For The Sonneteer In You 45 Greatest Quotes By Daniel Defoe, The Author Of Robinson Crusoe