Famous As: 15th President of the United States
Born On: April 23, 1791
Died On: June 1, 1868
Born In: Cove Gap, Pennsylvania, United States
Died At Age: 77
James Buchanan was the 15th US President from 1857 to 1861. He was the President at an extremely delicate time in the United States' history as the anti-slavery and pro-slavery confrontations reached its zenith in the years leading up to the civil war. Buchanan could not find an amicable solution to the problem and the Civil War broke out soon after his term as President ended. Buchanan had always wanted to go down in history as one of the greatest Presidents but it was not to be but he is still remembered for having been the only President from the US state of Pennsylvania. Prior to becoming President he had been stationed in London at the Court of St. James. He was also a trained lawyer and had often stated that he would not do anything that was against the law, which often brought him further ridicule from his opponents. As is the case with most Presidents, Buchanan was an excellent orator and delivered a number of rousing speeches during his political career. Here is a collection of some of James Buchananâs best known quotes and thoughts. Read through the famous quotes and sayings by James Buchanan.
Listed In:
Leaders 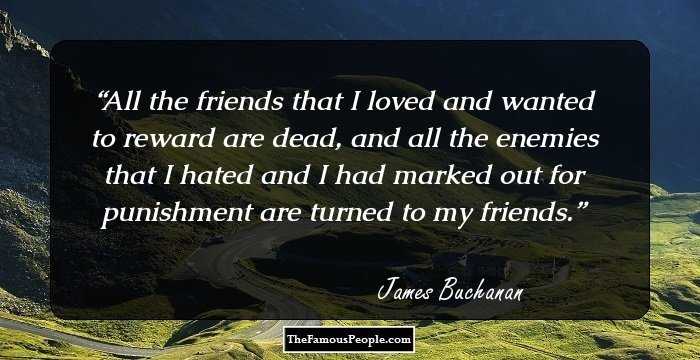 All the friends that I loved and wanted to reward are dead, and all the enemies that I hated and I had marked out for punishment are turned to my friends. 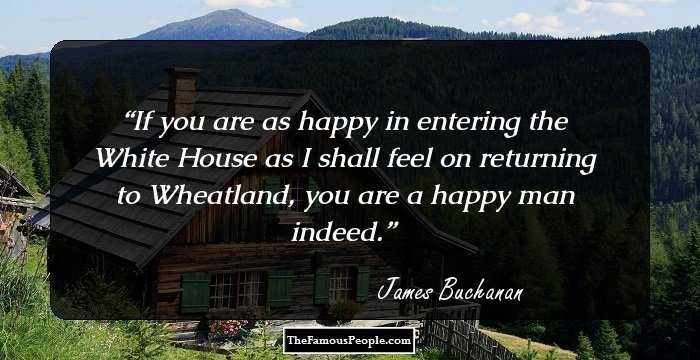 If you are as happy in entering the White House as I shall feel on returning to Wheatland, you are a happy man indeed. 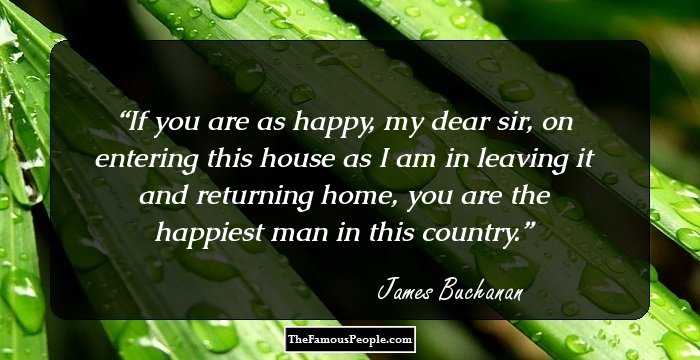 If you are as happy, my dear sir, on entering this house as I am in leaving it and returning home, you are the happiest man in this country. 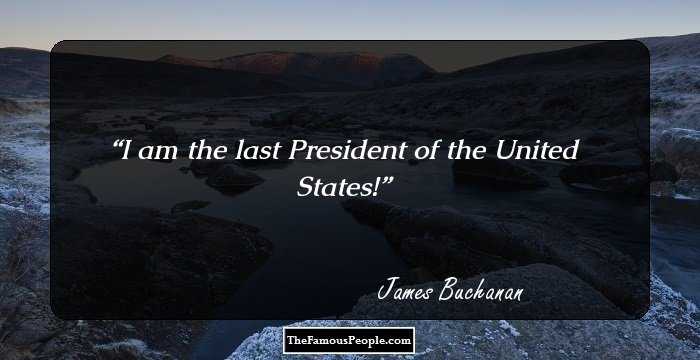 I am the last President of the United States! 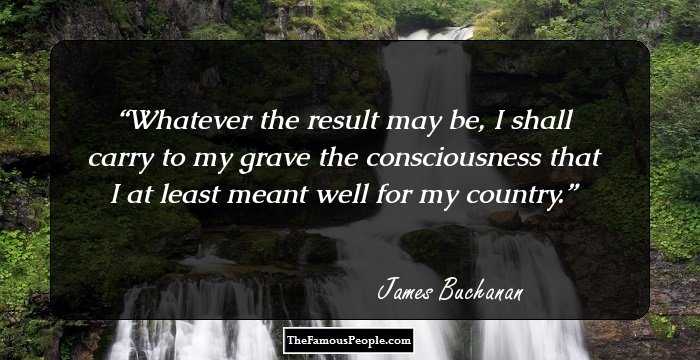 Whatever the result may be, I shall carry to my grave the consciousness that I at least meant well for my country. 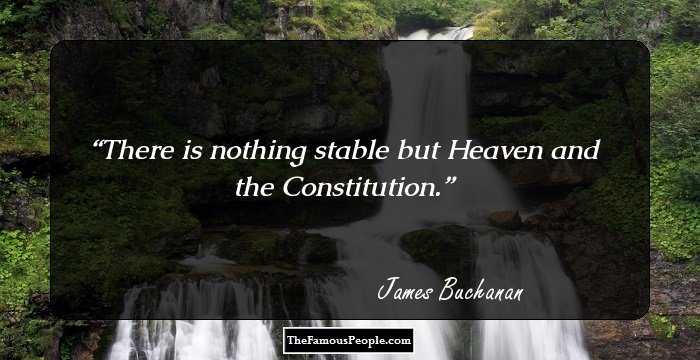 There is nothing stable but Heaven and the Constitution. 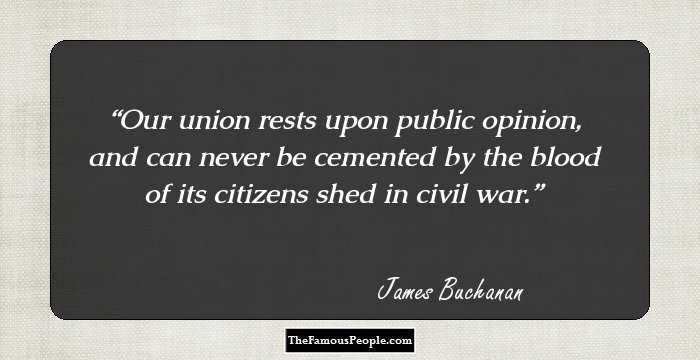 Our union rests upon public opinion, and can never be cemented by the blood of its citizens shed in civil war. 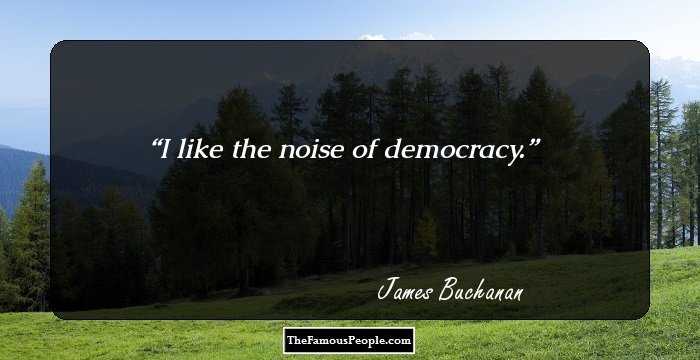 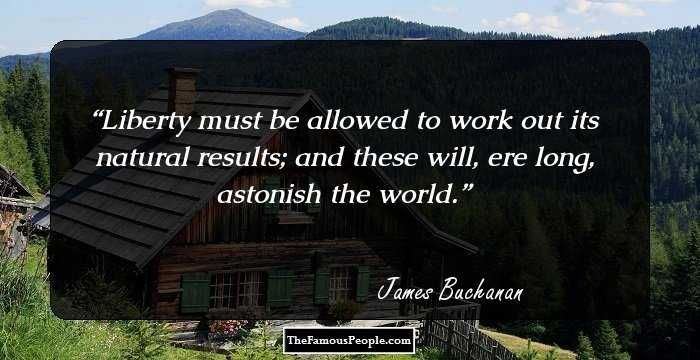 Liberty must be allowed to work out its natural results; and these will, ere long, astonish the world. 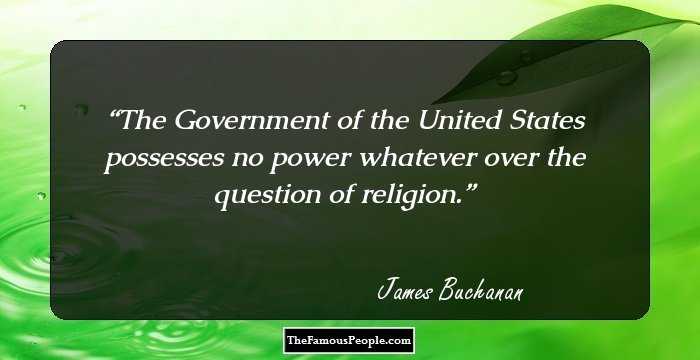 The Government of the United States possesses no power whatever over the question of religion. 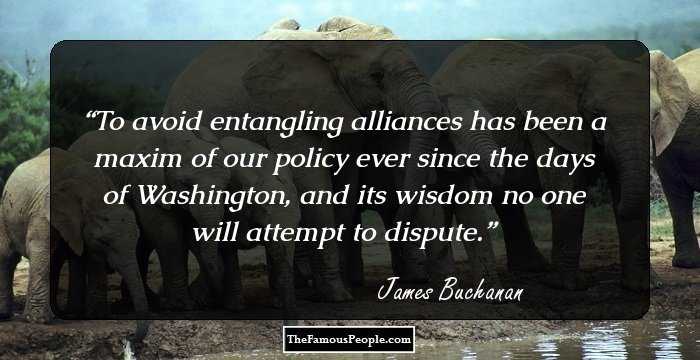 To avoid entangling alliances has been a maxim of our policy ever since the days of Washington, and its wisdom no one will attempt to dispute. 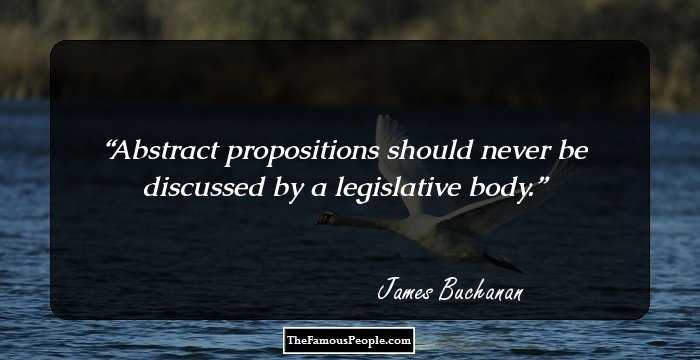 Abstract propositions should never be discussed by a legislative body. 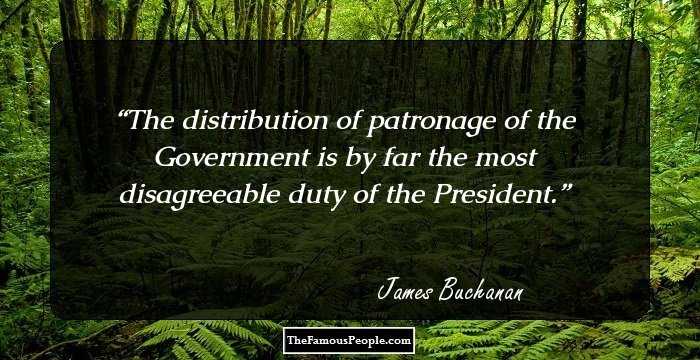 The distribution of patronage of the Government is by far the most disagreeable duty of the President.