9 Notable Quotes By J. Paul Getty That Urge You To Aim For Stars

Famous As: British Petroleum Industrialist and Founder of the âGetty Oil Companyâ
Born On: December 15, 1892
Died On: June 6, 1976
Born In: Minneapolis, Minnesota, United States
Founder / Co Founder: Getty Oil Company
Died At Age: 83
Jean Paul Getty was a distinguished American industrialist, renowned as an art collector and philanthropist. He was born with a silver spoon to a great industrialist. He started working as an unskilled laborer at his fatherâs factoy during his schooldays which helped him start his oil producing company with a loan from his father. He used his inborn business intellect to repay the loan while making his first million in a couple of years. He further worked with his father in drilling and buying oil leases to make a huge profit of $3 million. After his fatherâs death, he inherited a small percentage of his fatherâs property but was made the President of the company. As the President, he worked hard to evolve it into a self-sufficient oil company. He bought a barren land in Saudi Arabia in hope of drilling oil which seemed to be a bad investment for the first four years but it started producing a huge amount of oil, multiplying the profit of the company to make Getty one of the richest persons in the world. He used this fortune to expand his business in the Middle East while owning 200 businesses. He was also an ardent art collector and donated a huge amount of his property to charity to be used towards arts. During his lifetime, he shared his ideas and views on several things, and these became popular as his quotes and sayings. Presenting a compilation of thoughts and quotations by J. Paul Getty that will surely guide you to strive hard.
Listed In:
Business People 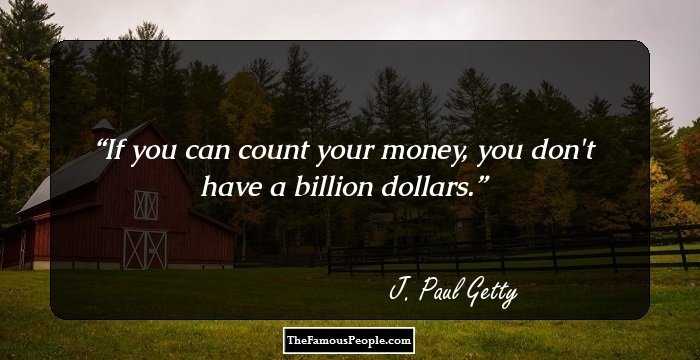 If you can count your money, you don't have a billion dollars. 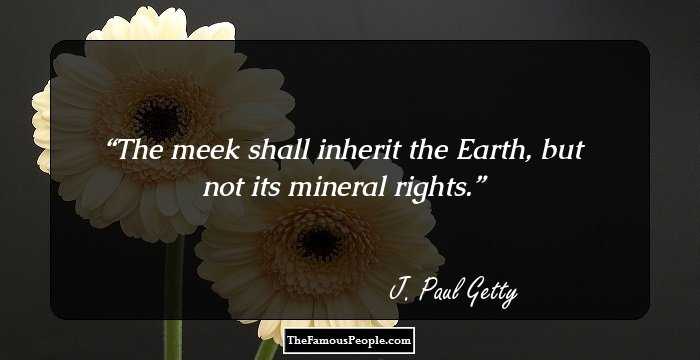 The meek shall inherit the Earth, but not its mineral rights. 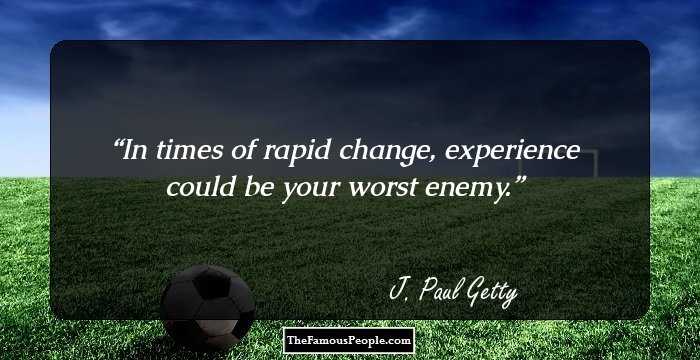 In times of rapid change, experience could be your worst enemy. 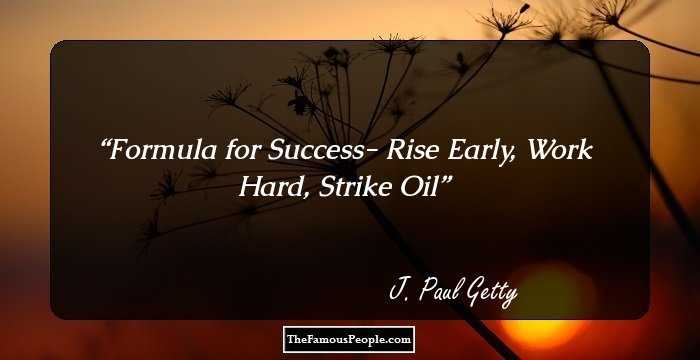 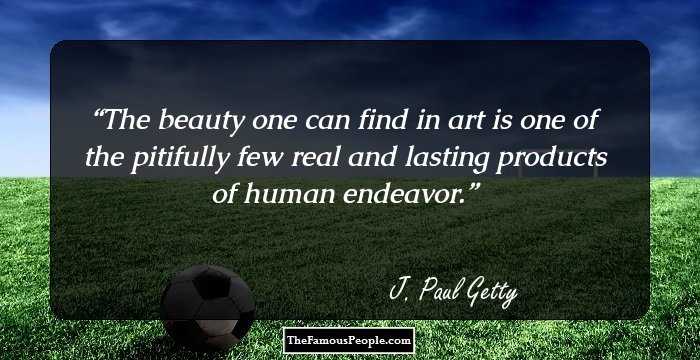 The beauty one can find in art is one of the pitifully few real and lasting products of human endeavor. 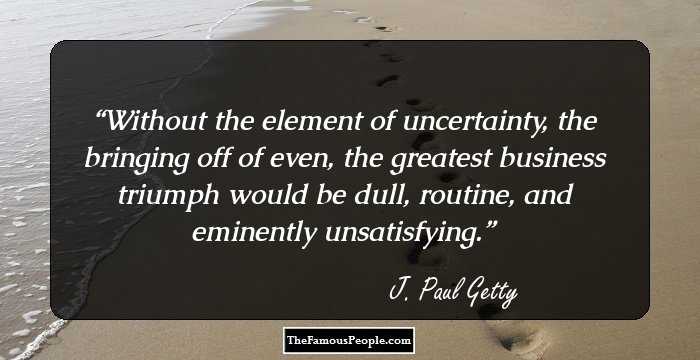 Without the element of uncertainty, the bringing off of even, the greatest business triumph would be dull, routine, and eminently unsatisfying. 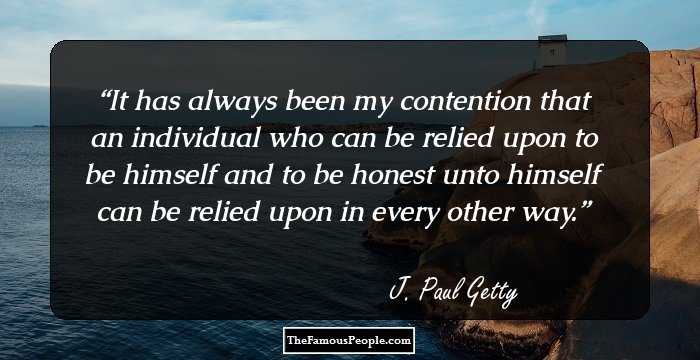 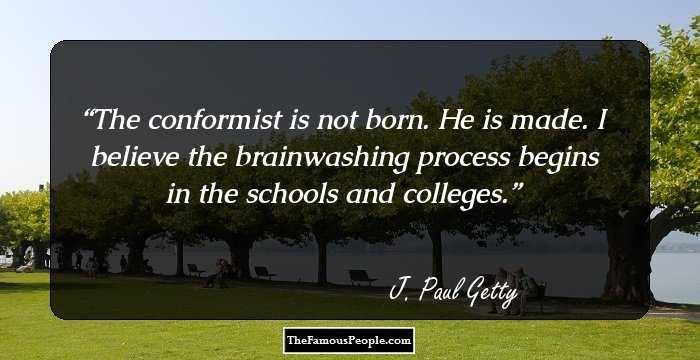 The conformist is not born. He is made. I believe the brainwashing process begins in the schools and colleges. 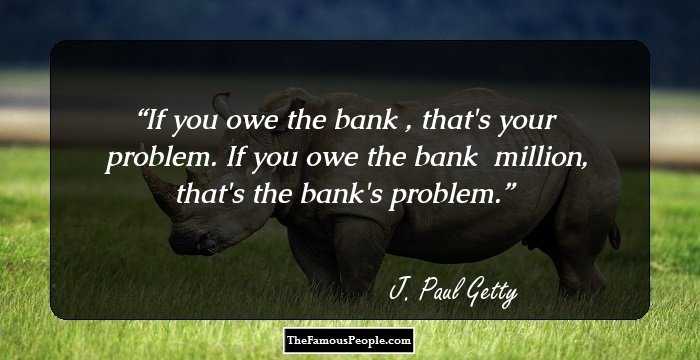 100 Motivational Quotes By Brian Tracy For Everyone