Henry Hudson was a celebrated English navigator and Sea Explorer during the 17th century. He is best-known for his explorations of parts of the north-eastern United States and the present-day Canada. On his final expedition he discovered the Hudson Bay and Hudson Strait while he was searching for the Northeast Passage. Read through the corpus of notable and quotable quotes and thoughts by Henry Hudson. 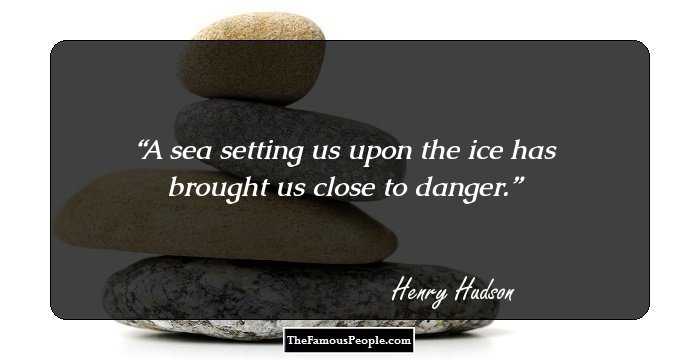 A sea setting us upon the ice has brought us close to danger. 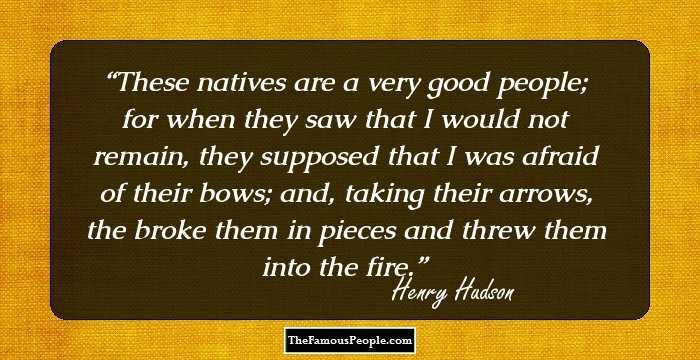 These natives are a very good people; for when they saw that I would not remain, they supposed that I was afraid of their bows; and, taking their arrows, the broke them in pieces and threw them into the fire. 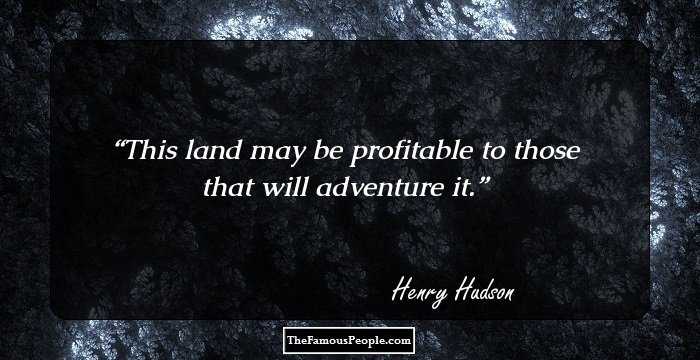 This land may be profitable to those that will adventure it. 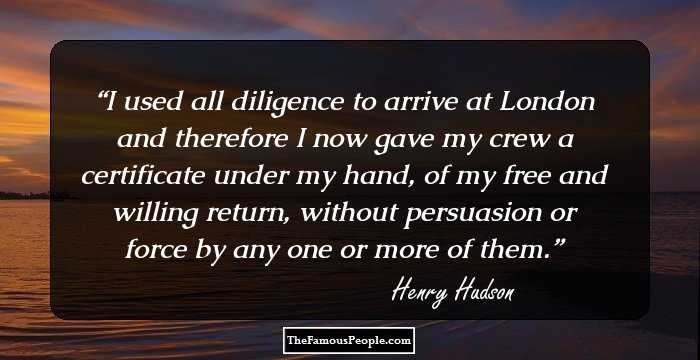 I used all diligence to arrive at London and therefore I now gave my crew a certificate under my hand, of my free and willing return, without persuasion or force by any one or more of them. 41 Great Quotes By Bear Grylls For The Audacious