Guy Pearce is an eminent Australian singer, musician, songwriter and actor. He began his career with âNeighbours.â He gained global prominence for his performance in âThe Adventures of Priscilla, Queen of the Desert.â He followed this success with âMemento,â and âL.A. Confidential.â He has won a number of awards and accolades, including three âScreen Actors Guild Awards,â a âPrimetime Emmy Award,â a âGolden Globe Award,â and âAustralian Academy Film Award.â Go through these quotes by Guy Pearce on acting, people, books, opportunity, friends, passion, art, ideas, television, commitment, fame, politics, fun, etc. 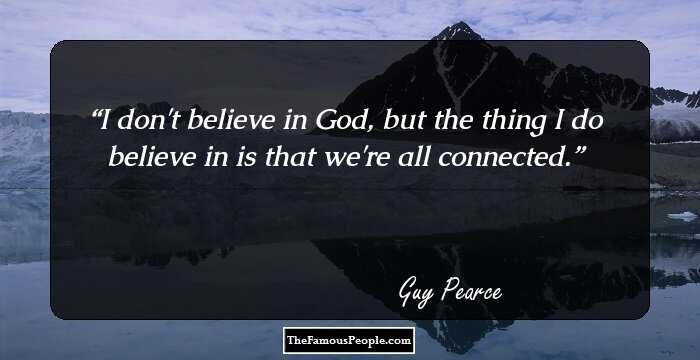 I don't believe in God, but the thing I do believe in is that we're all connected. 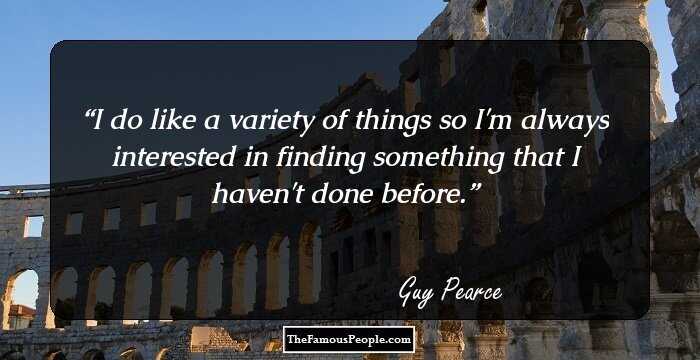 I do like a variety of things so I'm always interested in finding something that I haven't done before. 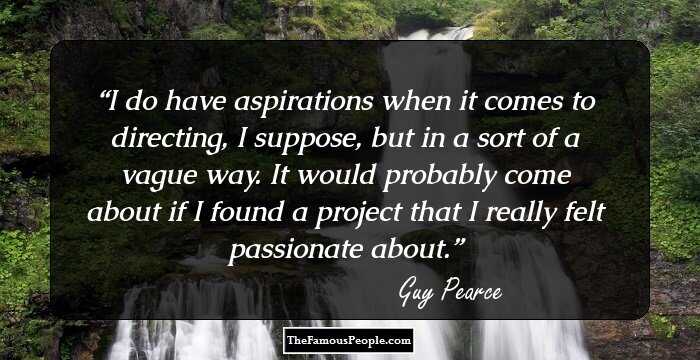 I do have aspirations when it comes to directing, I suppose, but in a sort of a vague way. It would probably come about if I found a project that I really felt passionate about. 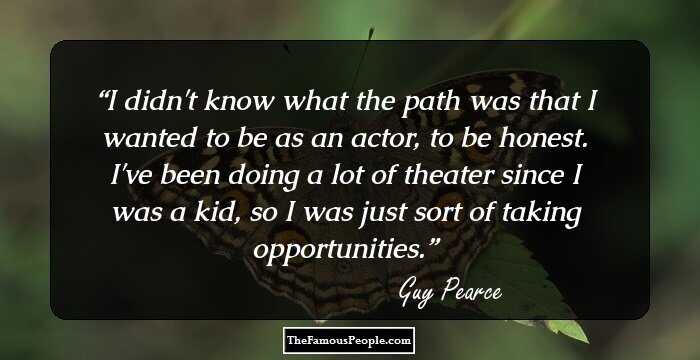 I didn't know what the path was that I wanted to be as an actor, to be honest. I've been doing a lot of theater since I was a kid, so I was just sort of taking opportunities. 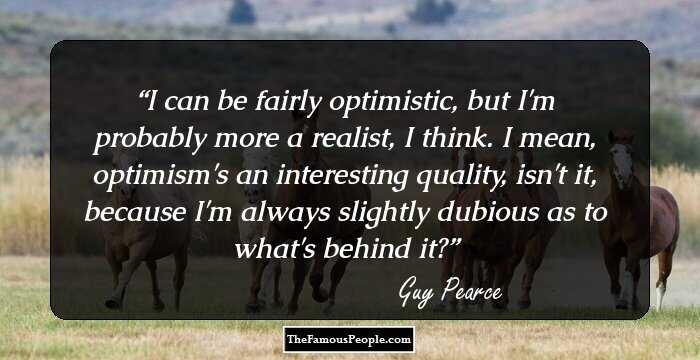 I can be fairly optimistic, but I'm probably more a realist, I think. I mean, optimism's an interesting quality, isn't it, because I'm always slightly dubious as to what's behind it? 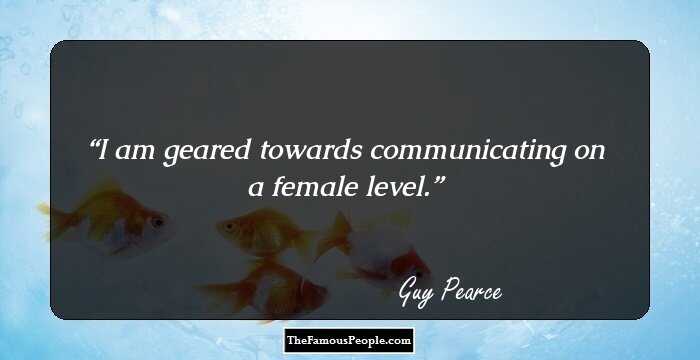 I am geared towards communicating on a female level. 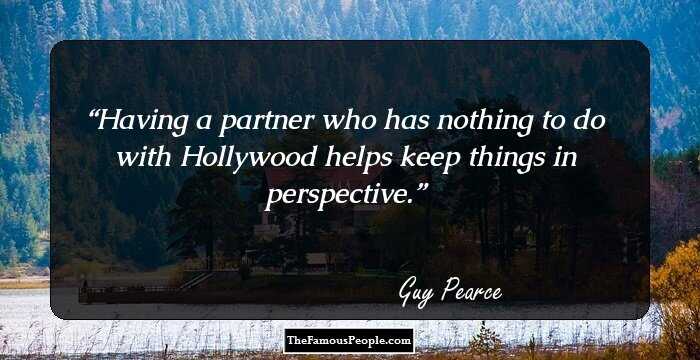 Having a partner who has nothing to do with Hollywood helps keep things in perspective. 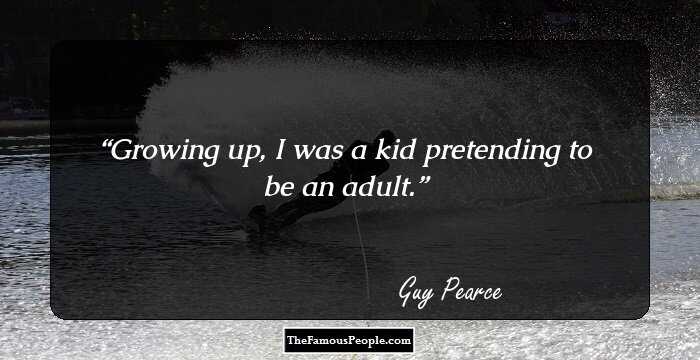 Growing up, I was a kid pretending to be an adult. 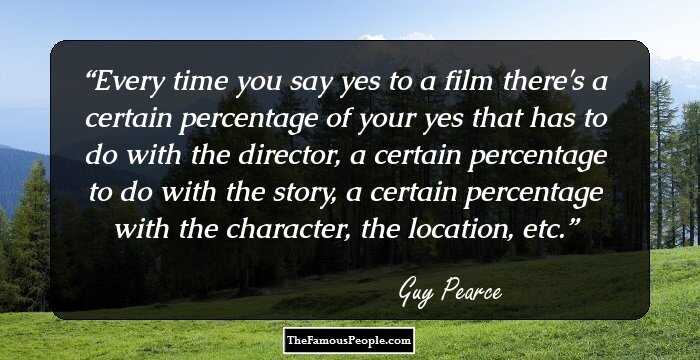 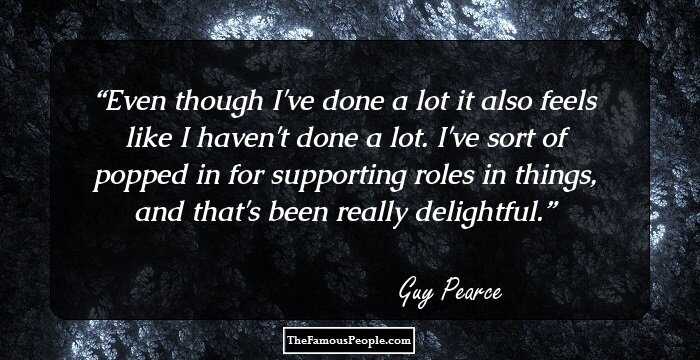 Even though I've done a lot it also feels like I haven't done a lot. I've sort of popped in for supporting roles in things, and that's been really delightful. 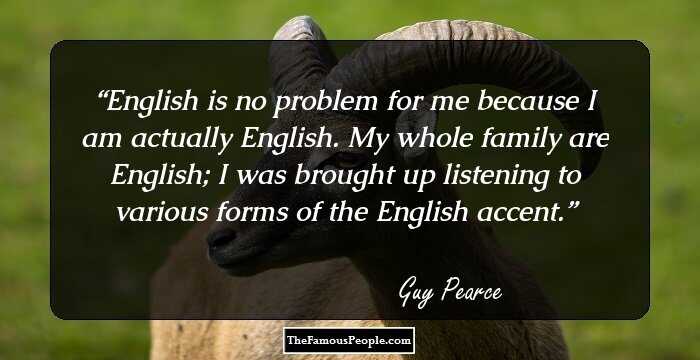 English is no problem for me because I am actually English. My whole family are English; I was brought up listening to various forms of the English accent. 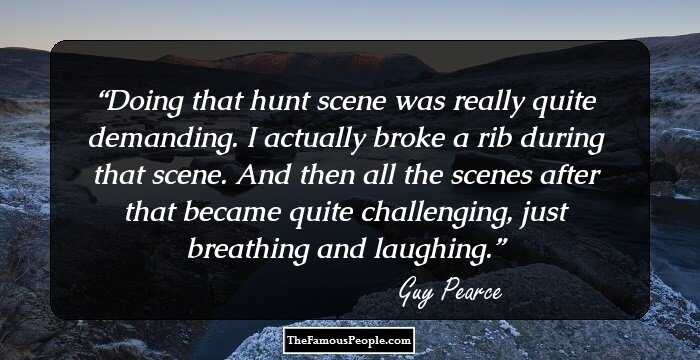 Doing that hunt scene was really quite demanding. I actually broke a rib during that scene. And then all the scenes after that became quite challenging, just breathing and laughing. 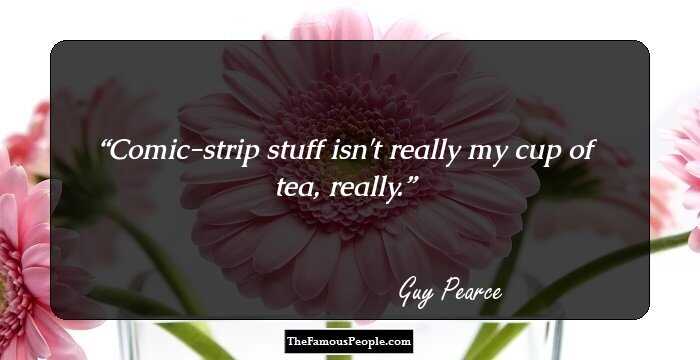 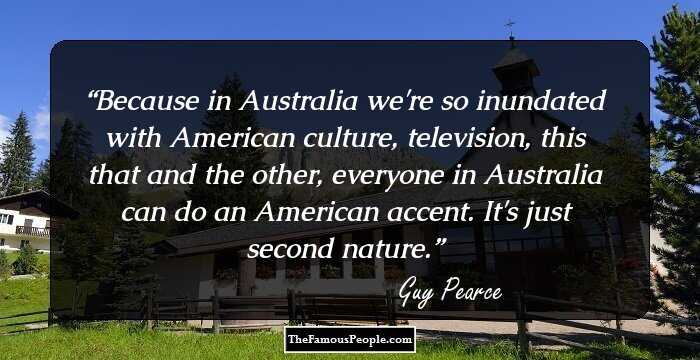 Because in Australia we're so inundated with American culture, television, this that and the other, everyone in Australia can do an American accent. It's just second nature. 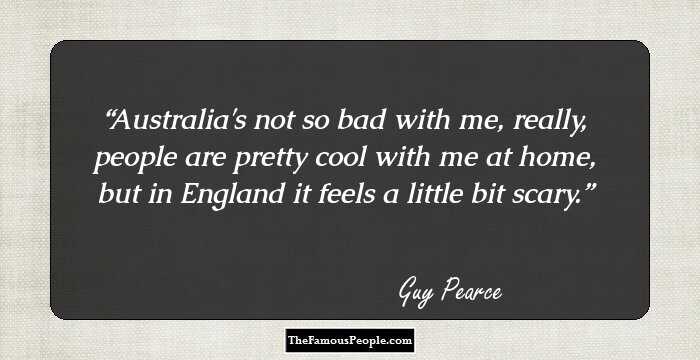 Australia's not so bad with me, really, people are pretty cool with me at home, but in England it feels a little bit scary. 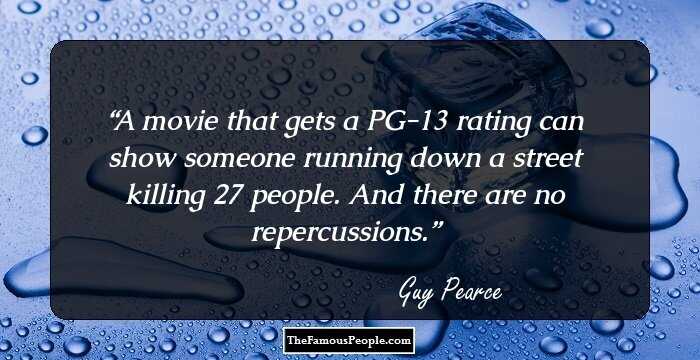 A movie that gets a PG-13 rating can show someone running down a street killing 27 people. And there are no repercussions. 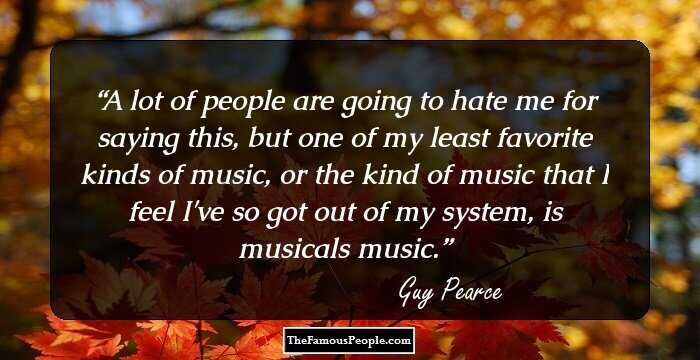 A lot of people are going to hate me for saying this, but one of my least favorite kinds of music, or the kind of music that I feel I've so got out of my system, is musicals music.

A lot of action characters are a little bit too serious as well. They take themselves a bit too seriously, which I don't find particularly interesting, whereas I like the fact that there was at least some humor in this because really it's a piece of entertainment.

I always look at films as real stories with real people in real situations. That's why I struggle with the whole notion of calling someone the 'good guy' or the 'bad guy,' because I think we all have potential to do good things and all have the potential to do bad things.

I always think the really unfortunate thing about the Australian film industry is its lack of momentum. And I don't mean this in a derogatory way. I'm always wanting it to pick up momentum, and I'm wondering if that's even possible.

I can be completely indulgent and spend as many hours and days or weeks as I like on one thing. Writing music and sitting in my studio, just pottering with ideas, it's a lot more personal and creative for me, I don't feel restricted.

I do like a variety of things so I'm always interested in finding something that I haven't done before, if possible, to whatever degree that sometimes changes, and how much is something now that I wouldn't have a year ago but sort of based on what I've done recently as well.