When you talk about the oil wealth you compare nations. There are some nations with less than five million people. Nigeria has 150 million people. I cannot say that all the money earned from oil since 1958, when the first drop of oil was exported from this country to date, that the money has been effectively used.

In my early days in school, I had no shoes, no school bags. There were days I had only one meal... I walked miles and crossed rivers to school every day. Didn't have power, didn't have generators, studied with lanterns, but I never despaired. 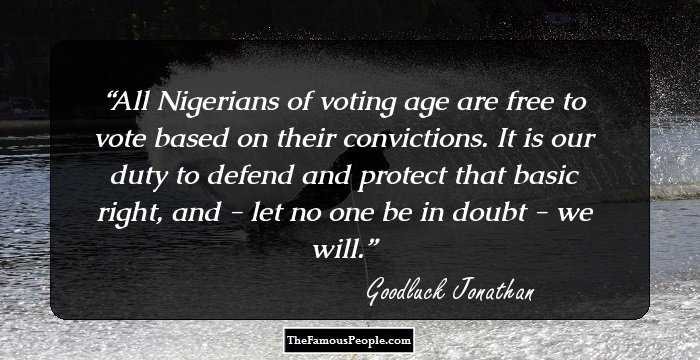 All Nigerians of voting age are free to vote based on their convictions. It is our duty to defend and protect that basic right, and - let no one be in doubt - we will. 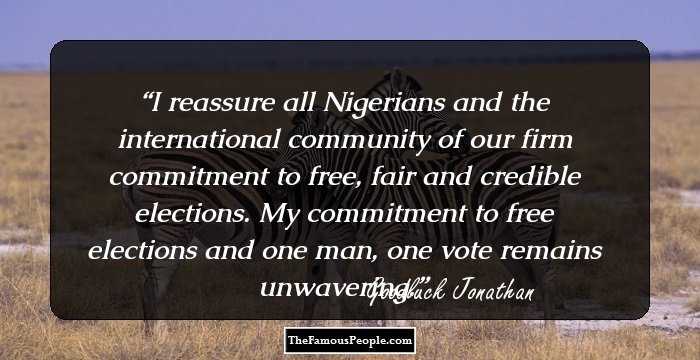 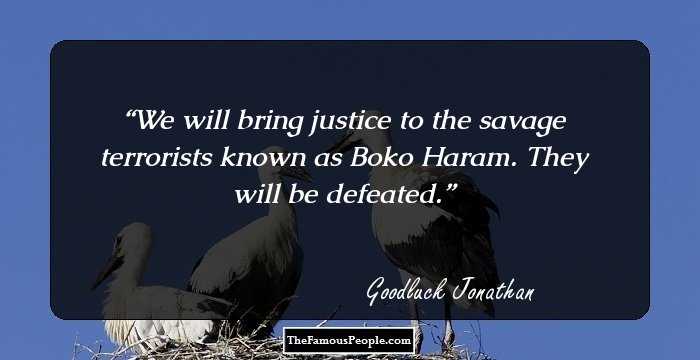 We will bring justice to the savage terrorists known as Boko Haram. They will be defeated.

We want to refocus Nigeria to make sure that basic infrastructure is provided. The environment is created for private investment, both within and direct foreign investment. So jobs will be created. That is my dream for Nigeria. 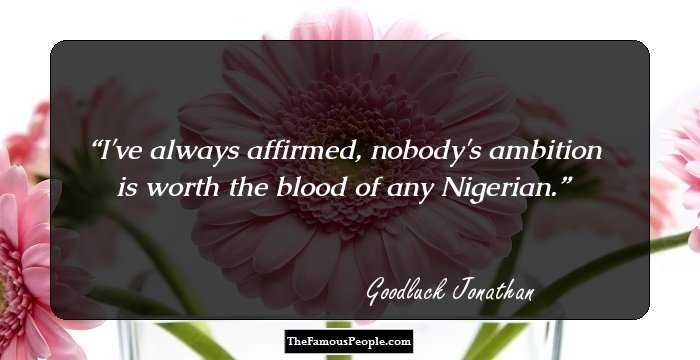 I've always affirmed, nobody's ambition is worth the blood of any Nigerian. 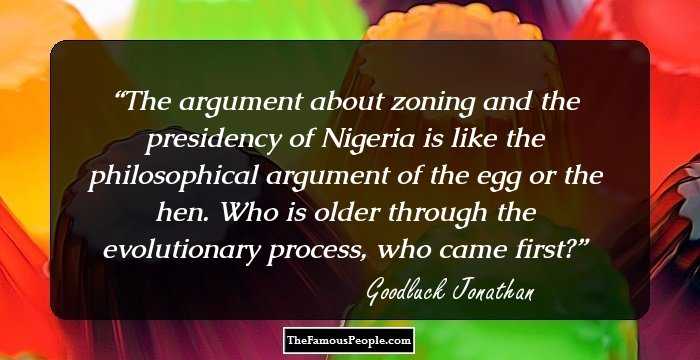 The argument about zoning and the presidency of Nigeria is like the philosophical argument of the egg or the hen. Who is older through the evolutionary process, who came first? 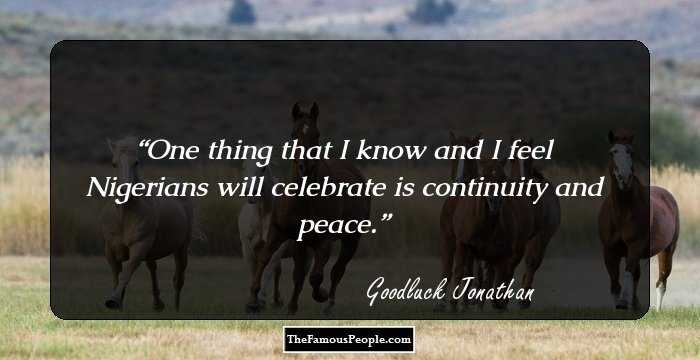 One thing that I know and I feel Nigerians will celebrate is continuity and peace. 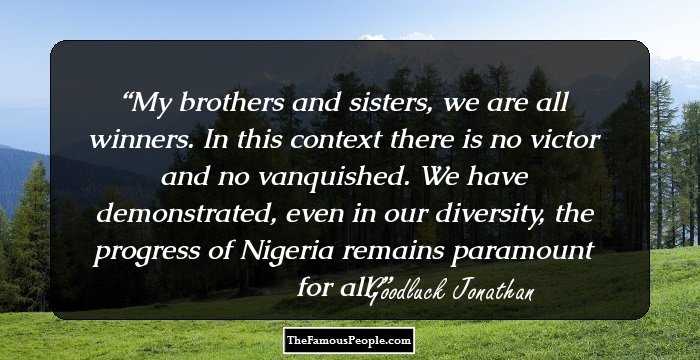 My brothers and sisters, we are all winners. In this context there is no victor and no vanquished. We have demonstrated, even in our diversity, the progress of Nigeria remains paramount for all. 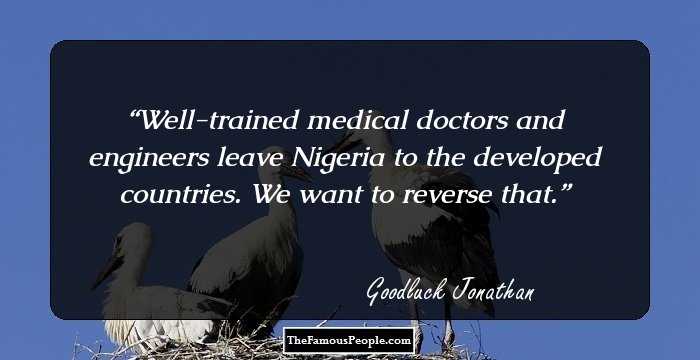 Well-trained medical doctors and engineers leave Nigeria to the developed countries. We want to reverse that.