Famous As: Israeli Actress and Model Who is Known for Her Role in the Film âWonder Womanâ
Born On: April 30, 1985
Born In: Rosh Haayin, Israel
Age: 37 Years
Gal Gadot was crowned âMiss Israelâ at 18. Before becoming an actress and model, she served as a fitness/combat readiness instructor in the âIsrael Defense Forces.â Some of her noteworthy works include âWonder Woman,â âFast & Furious,â âJustice League,â âBatman V Superman: Dawn of Justice,â âRalph Breaks the Internet,â âSaturday Night Live,â âThe Beautiful Life,â âDate Night,â and many more. She made it to the list of highest-paid actresses in the world and was also among the â100 most influential people in the worldâ in the âTimeâs annual listâ in 2018. Here is a compilation of popular sayings by Gal Gadot which have been amassed from her movies, interviews, dialogues, etc.
Listed In:
Film & Theater Personalities
Actresses
Fashion 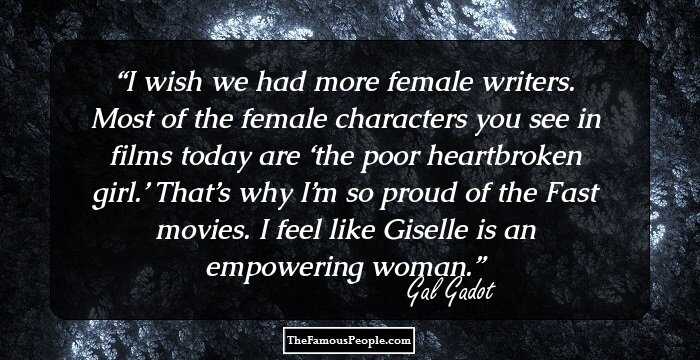 I wish we had more female writers. Most of the female characters you see in films today are âthe poor heartbroken girl.â Thatâs why Iâm so proud of the Fast movies. I feel like Giselle is an empowering woman. 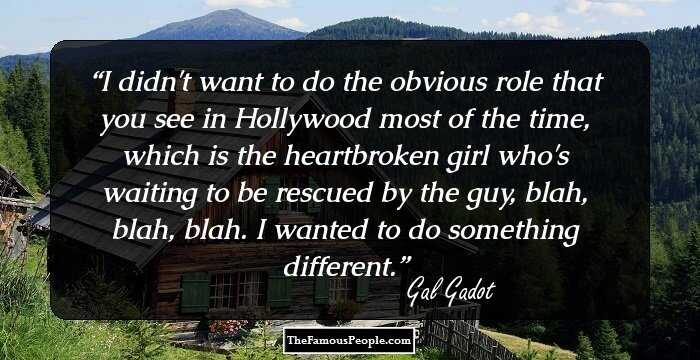 I didn't want to do the obvious role that you see in Hollywood most of the time, which is the heartbroken girl who's waiting to be rescued by the guy, blah, blah, blah. I wanted to do something different. 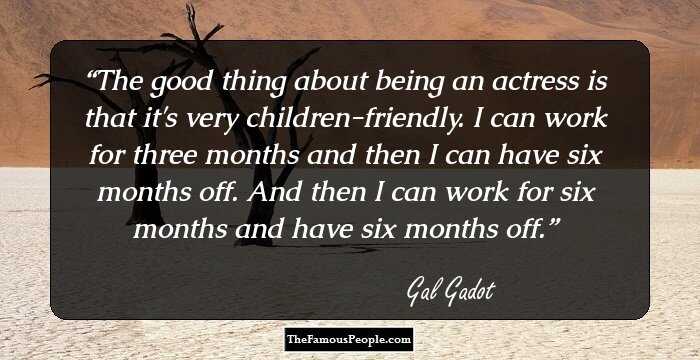 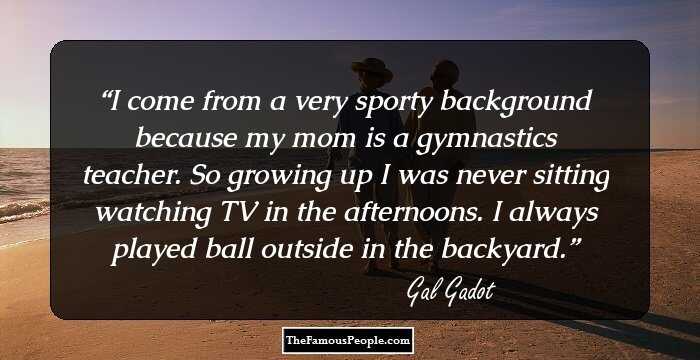 I come from a very sporty background because my mom is a gymnastics teacher. So growing up I was never sitting watching TV in the afternoons. I always played ball outside in the backyard. 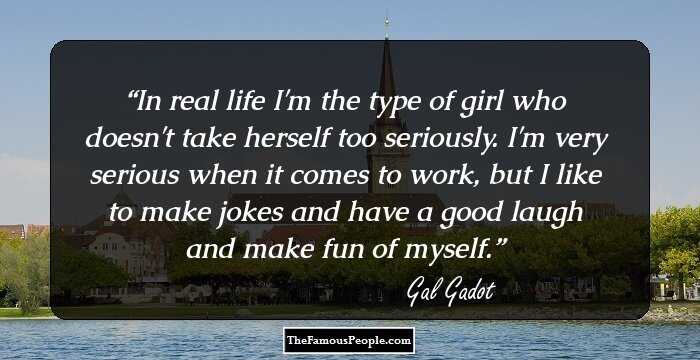 In real life I'm the type of girl who doesn't take herself too seriously. I'm very serious when it comes to work, but I like to make jokes and have a good laugh and make fun of myself. 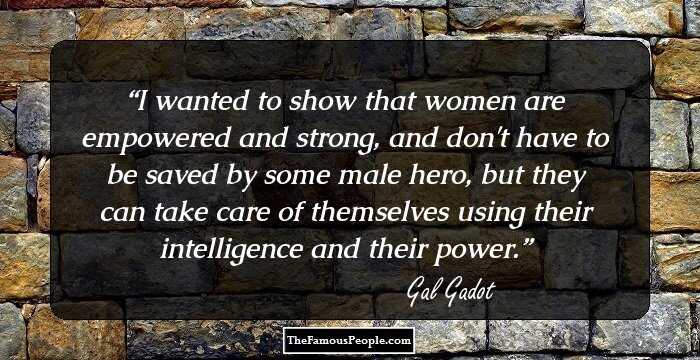 I wanted to show that women are empowered and strong, and don't have to be saved by some male hero, but they can take care of themselves using their intelligence and their power. 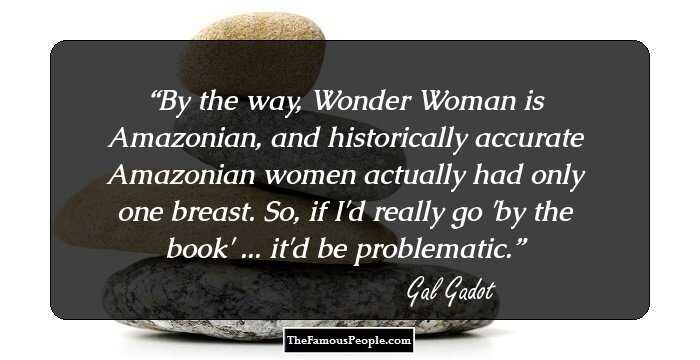 By the way, Wonder Woman is Amazonian, and historically accurate Amazonian women actually had only one breast. So, if I'd really go 'by the book' ... it'd be problematic. 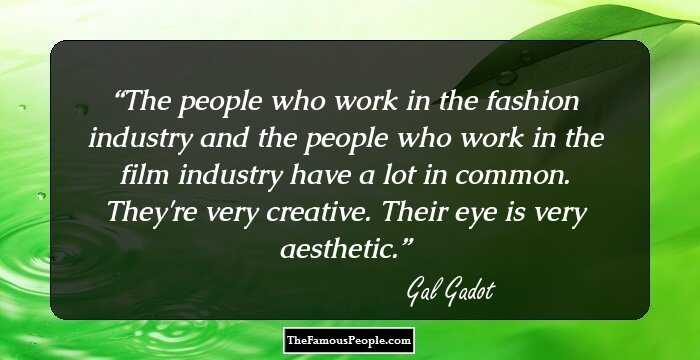 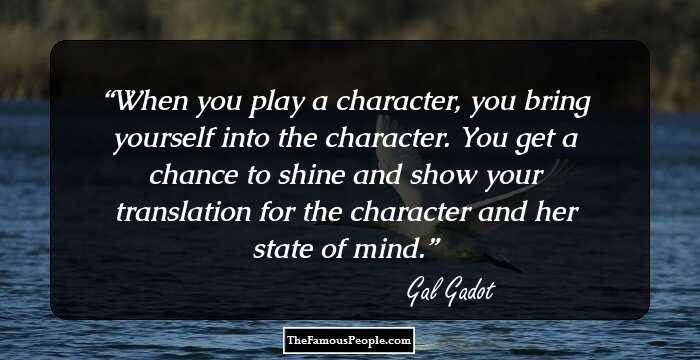 When you play a character, you bring yourself into the character. You get a chance to shine and show your translation for the character and her state of mind. 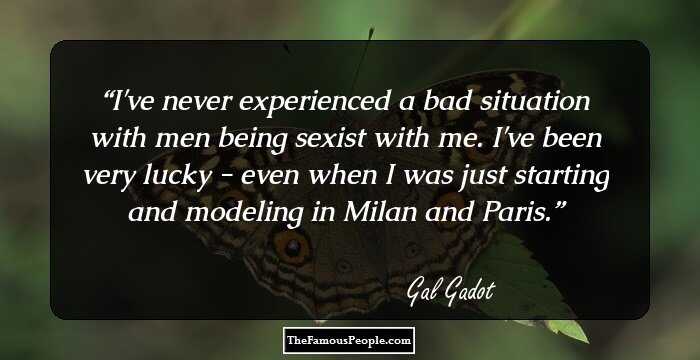 I've never experienced a bad situation with men being sexist with me. I've been very lucky - even when I was just starting and modeling in Milan and Paris. 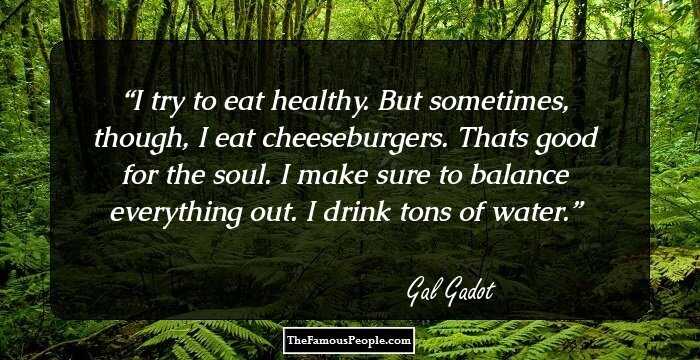 I try to eat healthy. But sometimes, though, I eat cheeseburgers. Thats good for the soul. I make sure to balance everything out. I drink tons of water. 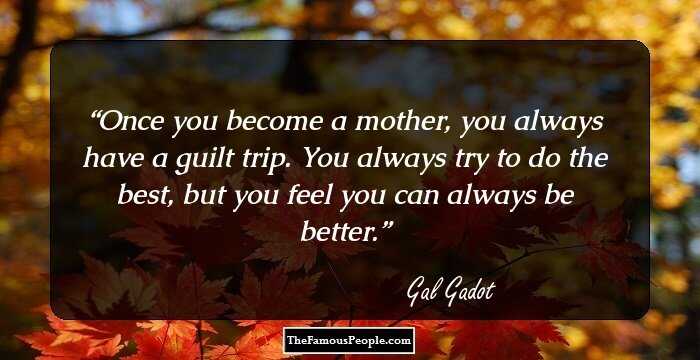 Once you become a mother, you always have a guilt trip. You always try to do the best, but you feel you can always be better. 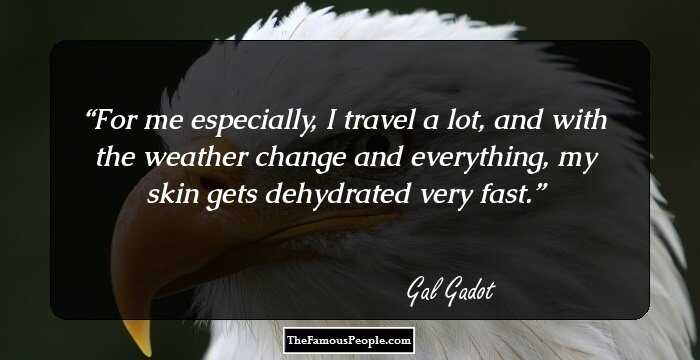 For me especially, I travel a lot, and with the weather change and everything, my skin gets dehydrated very fast. 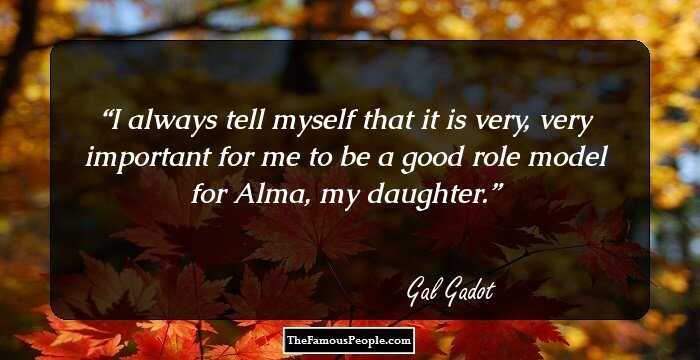 I always tell myself that it is very, very important for me to be a good role model for Alma, my daughter. 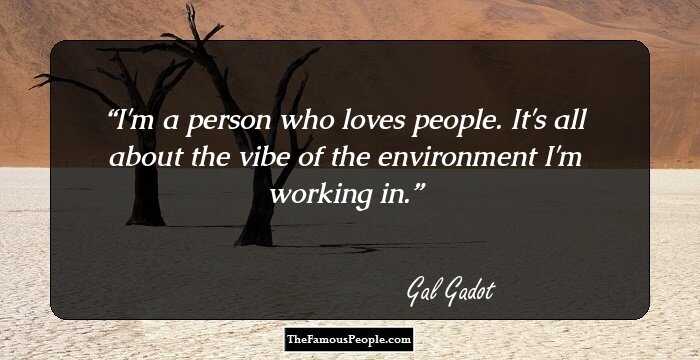 I'm a person who loves people. It's all about the vibe of the environment I'm working in. 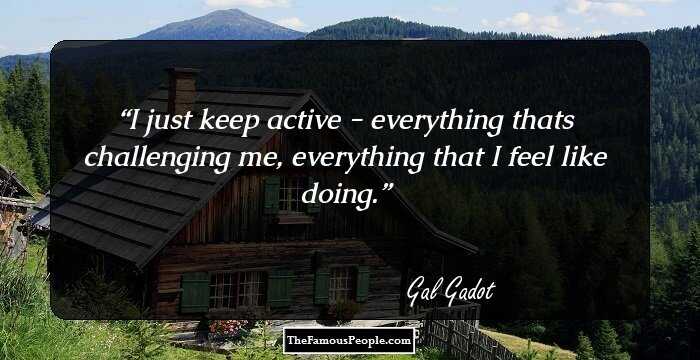 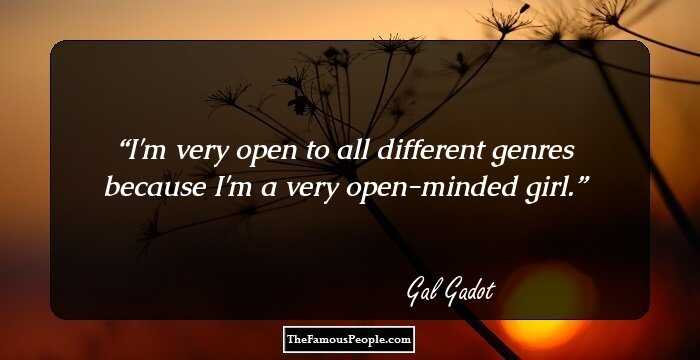 I'm very open to all different genres because I'm a very open-minded girl. 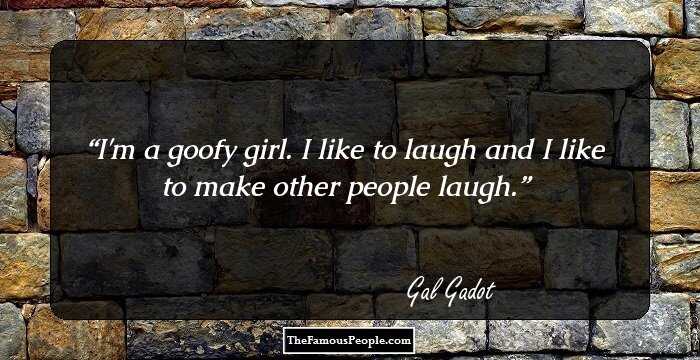 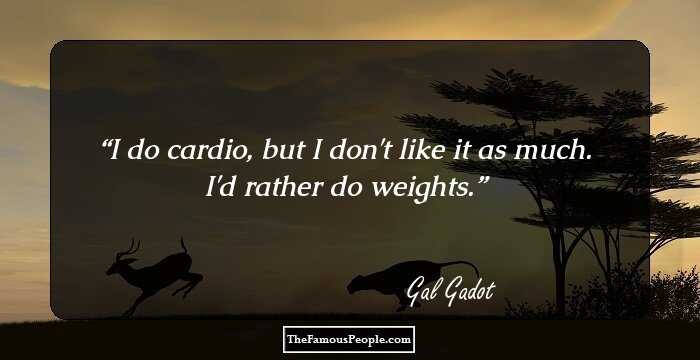 I do cardio, but I don't like it as much. I'd rather do weights.

I definitely have a strong sense of my Jewish and Israeli identity. I did my two year military service, I was brought up in a very Jewish, Israeli family environment, so of course my heritage is very important to me. I want people to have a good impression of Israel. I don't feel like I'm an ambassador for my country, but I do talk about Israel a lot - I enjoy telling people about where I come from and my religion.