Famous As: Essayist, Political scientist, Writer, Professor, Literary critic, Sociologist, Journalist
Born On: April 14, 1934
Born In: Cleveland
Age: 88 Years
Fredric Jameson is an illustrious American Marxist political theorist and literary critic. He is recognized for his analysis of concurrent cultural trends. Postmodernism was once elucidated by Jameson as âthe spatialization of culture under the pressure of organized capitalism.' Some of his most noteworthy works include, âMarxism and Form,â âPostmodernism or The Cultural Logic of Late Capitalism,' and âThe Political Unconsciousâ amongst various others. He is presently serving as the director at the Duke University at the Centre for Critical Theory and is also Knut Schmidt-Nielsen Professor of Romance Studies and Comparative Literature. We have rounded some thought-provoking sayings and quotes by Fredric Jameson, which have been amassed from his books, writings, thoughts, theories, teachings, lectures, works and life. Zoom through the interesting thoughts and quotes by Fredric Jameson.
Listed In:
Writers
Intellectuals & Academics
Media Personalities 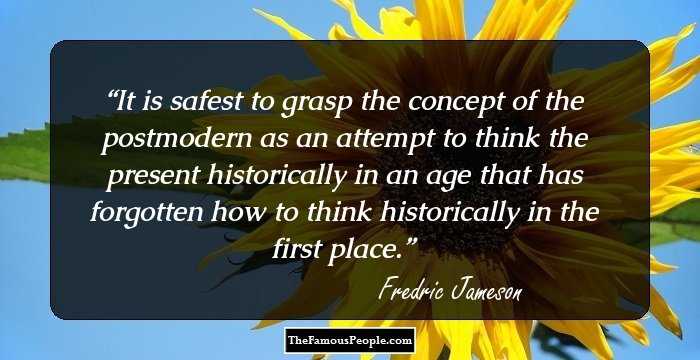 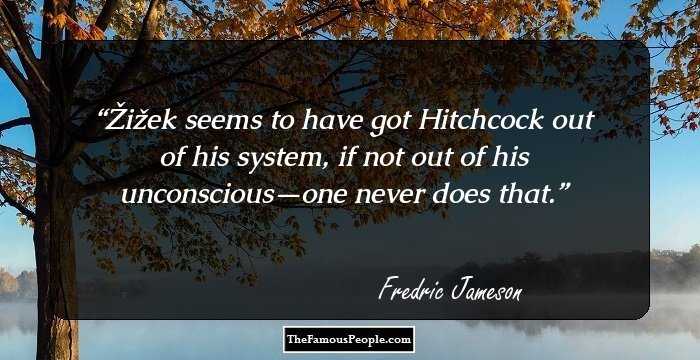 Å½iÅ¾ek seems to have got Hitchcock out of his system, if not out of his unconsciousâone never does that.

The standardization of world culture, with local popular or traditional forms driven out or dumbed down to make way for American television, American music, food, clothes and films, has been seen by many as the very heart of globalization. 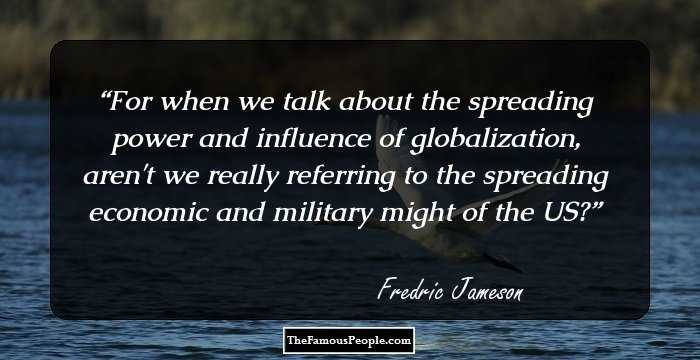 For when we talk about the spreading power and influence of globalization, aren't we really referring to the spreading economic and military might of the US?

In most of the European countries - France stands out in its resistance to this particular form of American cultural imperialism - the national film industries were forced onto the defensive after the war by such binding agreements. 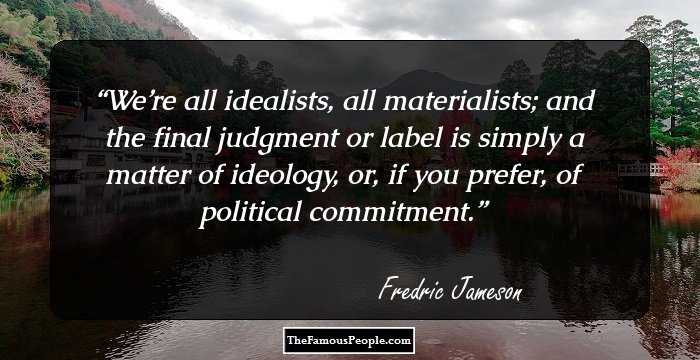 Weâre all idealists, all materialists; and the final judgment or label is simply a matter of ideology, or, if you prefer, of political commitment. 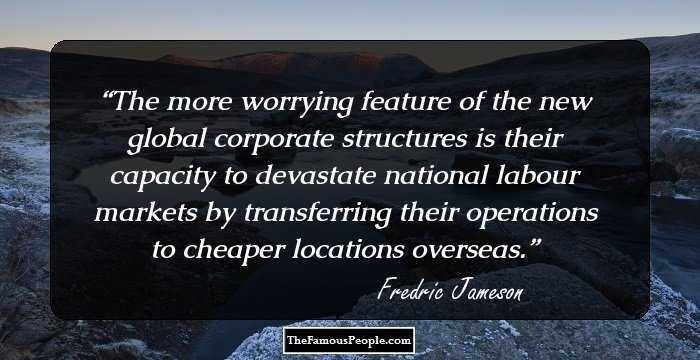 The more worrying feature of the new global corporate structures is their capacity to devastate national labour markets by transferring their operations to cheaper locations overseas. 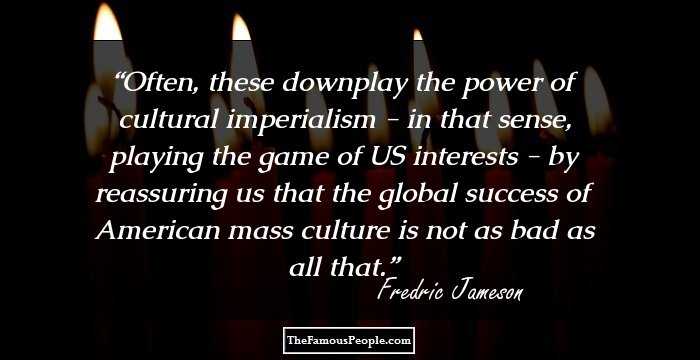 Often, these downplay the power of cultural imperialism - in that sense, playing the game of US interests - by reassuring us that the global success of American mass culture is not as bad as all that. 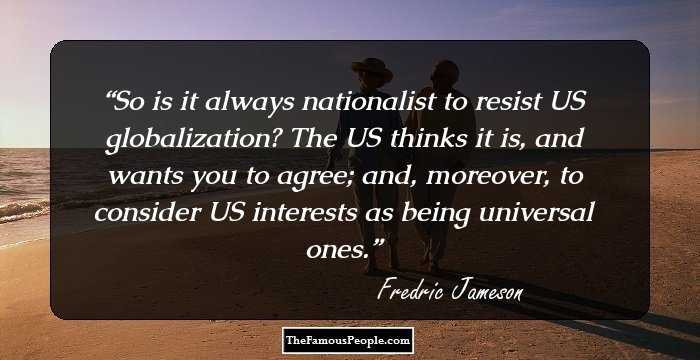 So is it always nationalist to resist US globalization? The US thinks it is, and wants you to agree; and, moreover, to consider US interests as being universal ones.

If it is, in reality, capitalism that is the motor force behind the destructive forms of globalization, then it must be in their capacity to neutralize or transform this particular mode of exploitation that one can best test these various forms of resistance to the West.

The United States has made a massive effort since the end of the Second World War to secure the dominance of its films in foreign markets - an achievement generally pushed home politically, by writing clauses into various treaties and aid packages.

And this fear that US models are replacing everything else now spills over from the sphere of culture into our two remaining categories: for this process is clearly, at one level, the result of economic domination - of local cultural industries closed down by American rivals.

A further point is that, little by little, in the current universe, everything is slowly being named; nor does this have anything to do with the older Aristotelian universals in which the idea of a chair subsumes all its individual manifestations. 76 Top Michael Chabon Quotes That Give Insight Into Life