Famous As: British Tennis & Table Tennis Professional Who has Won Eight Grand Slam Tournaments & Two Pro Slam Singles Titles
Born On: May 18, 1909
Died On: February 2, 1995
Born In: Portwood, Stockport, England
Died At Age: 85
Fred Perry was an eminent British table-tennis and tennis player. He was an erstwhile World No.1 who bagged in 10 major titles that included six major double titles, eight âGrand Slamsâ and two âPro Slamsâ single titles. He also holds the title of winning three successive âWimbledon Championshipsâ. During those three years he was also the âWorld Amateurâ No. 1 tennis player. At the age of 26, he won all the four singles titles at the âFrench Openâ and became the first player to win a âCareer Grand Slamâ. In 1929, he became the world champion of Table Tennis as well. Here is a corpus of quotations and sayings by Fred Perry that he shared both on the court and off it. Read through the quotable quotes and thoughts by Fred Perry on sportsmanship, fred-perry-brand, sports, inspirational, opponents, Wimbledon, athlete, leader, life, game etc.
Listed In:
Sportspersons 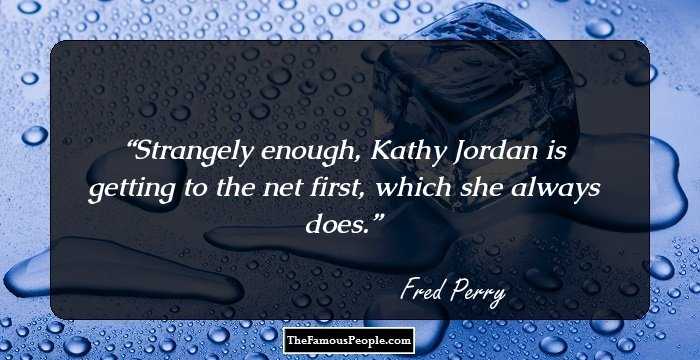 Strangely enough, Kathy Jordan is getting to the net first, which she always does. 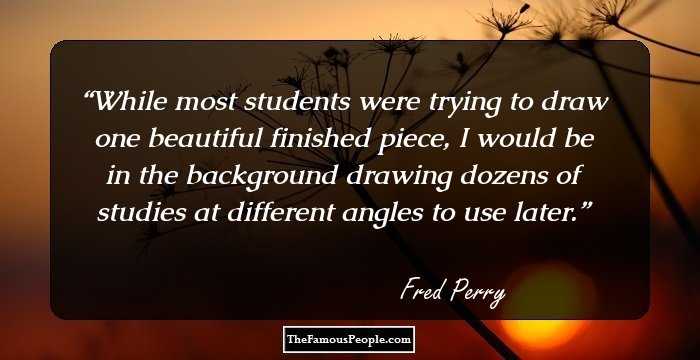 While most students were trying to draw one beautiful finished piece, I would be in the background drawing dozens of studies at different angles to use later. 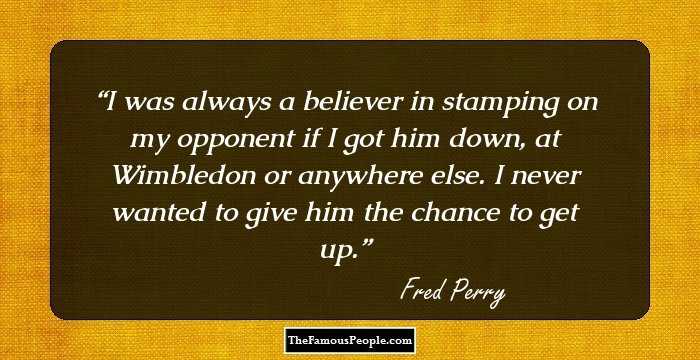 I was always a believer in stamping on my opponent if I got him down, at Wimbledon or anywhere else. I never wanted to give him the chance to get up. 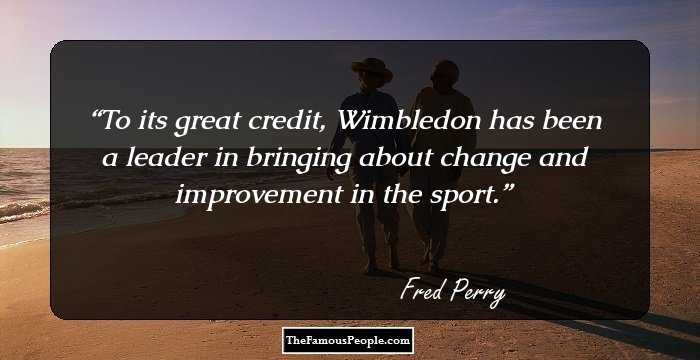 To its great credit, Wimbledon has been a leader in bringing about change and improvement in the sport. 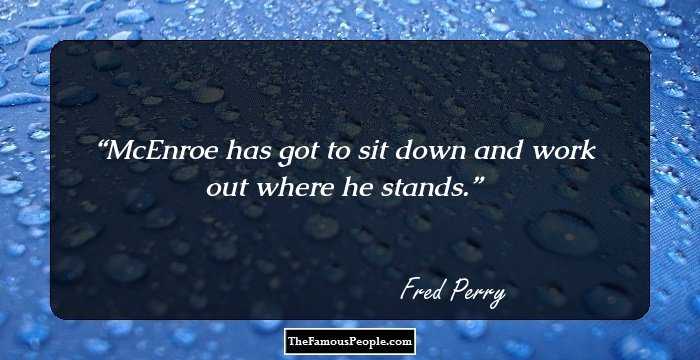 McEnroe has got to sit down and work out where he stands. 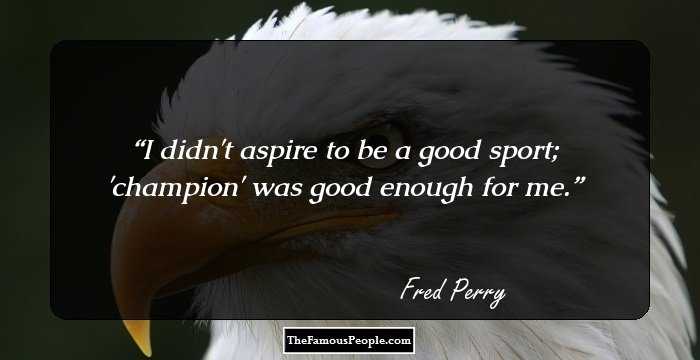 I didn't aspire to be a good sport; 'champion' was good enough for me. 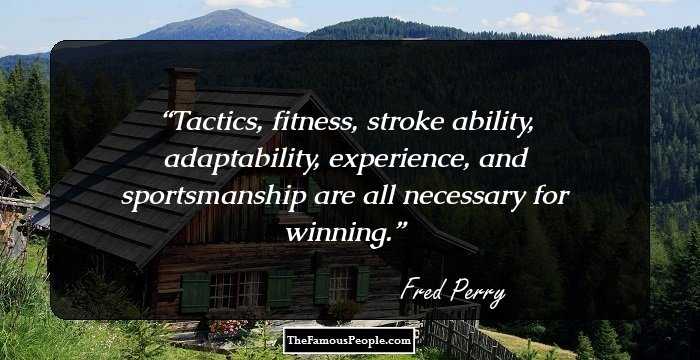 Tactics, fitness, stroke ability, adaptability, experience, and sportsmanship are all necessary for winning.