Famous As: Writer
Born On: July 2, 1899
Died On: 1995 AD
Died At Age: 95
Evan Esar was an illustrious American humorist who wrote several notable books including â20,000 Quips And Quotesâ, âEsarâs Comic Dictionaryâ and âHumorous Englishâ. He is also well-known for his thoughts and quotes like "Statistics: The only science that enables different experts using the same figures to draw different conclusions." Besides these, he also wrote âThe Legend Of Joe Millerâ. In 1957 this book was printed for members of the âRoxburghe Club Of San Franciscoâ privately by âGrabhorn Pressâ. Crossword puzzles also frequently feature quotations written by him. We have compiled some popular, wise, inspiring and motivational quotes and thoughts by Evan Esar which have been extracted from his work, books, writings and life. Read through the sayings and quotations by Evan Esar on today, humor, teaching, believe, anger, mind, strength, family, children, mother, feelings, reform, smile, bureaucracy, leadership, guilt and love that will help you sail through easily in the hour of tide.
Listed In:
Writers 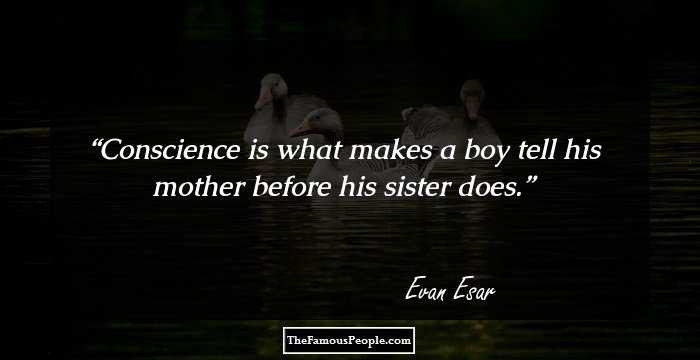 Conscience is what makes a boy tell his mother before his sister does. 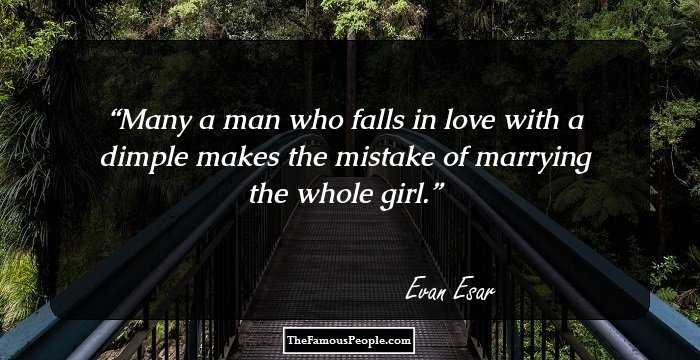 Many a man who falls in love with a dimple makes the mistake of marrying the whole girl. 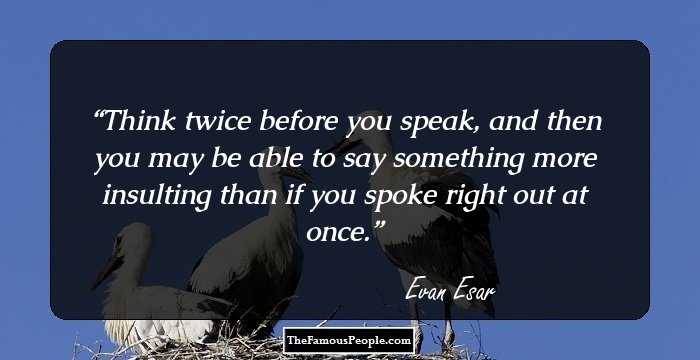 Think twice before you speak, and then you may be able to say something more insulting than if you spoke right out at once. 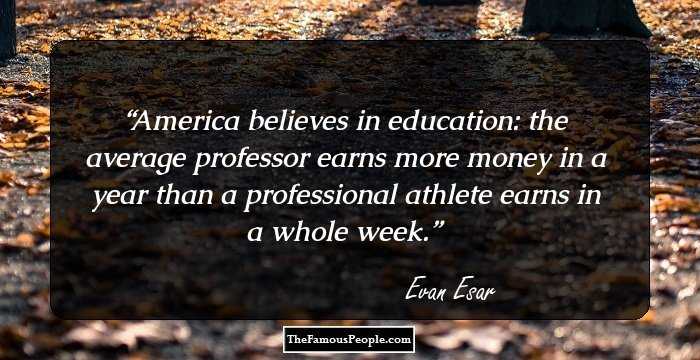 America believes in education: the average professor earns more money in a year than a professional athlete earns in a whole week. 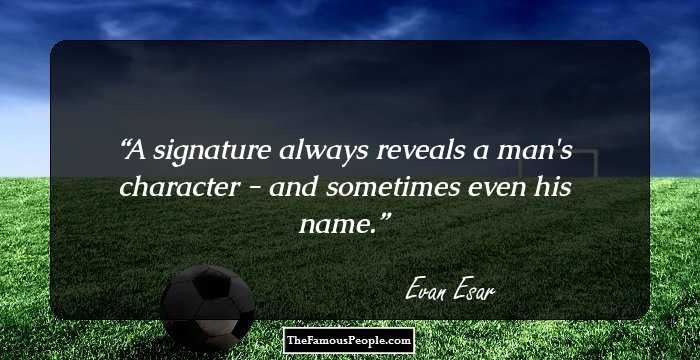 A signature always reveals a man's character - and sometimes even his name. 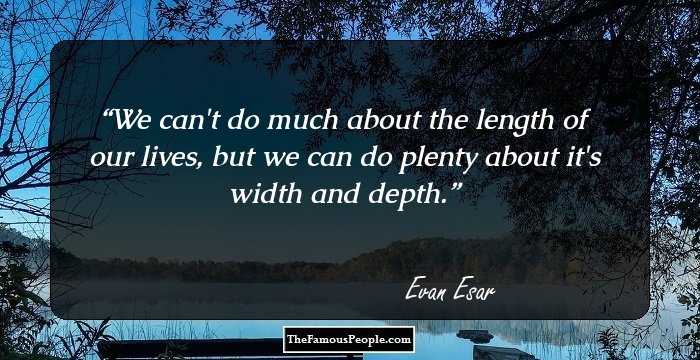 We can't do much about the length of our lives, but we can do plenty about it's width and depth. 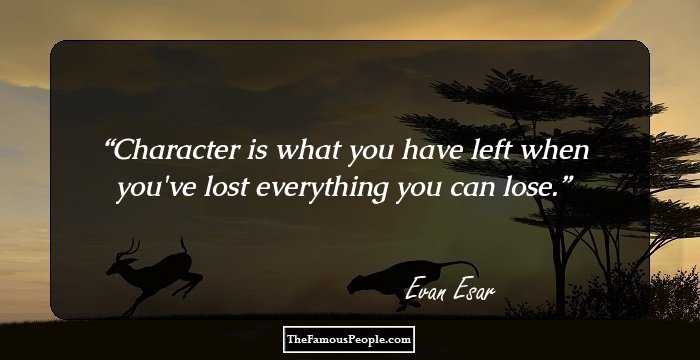 Character is what you have left when you've lost everything you can lose. 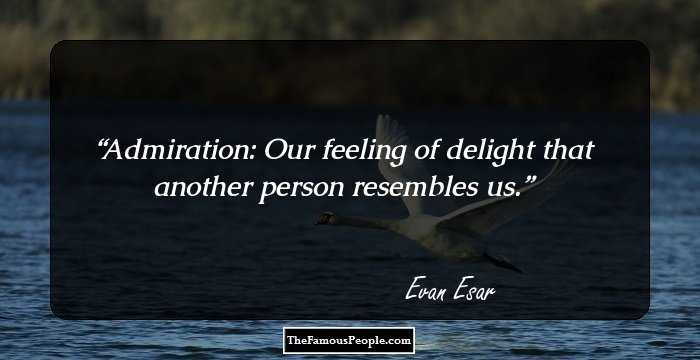 Admiration: Our feeling of delight that another person resembles us. 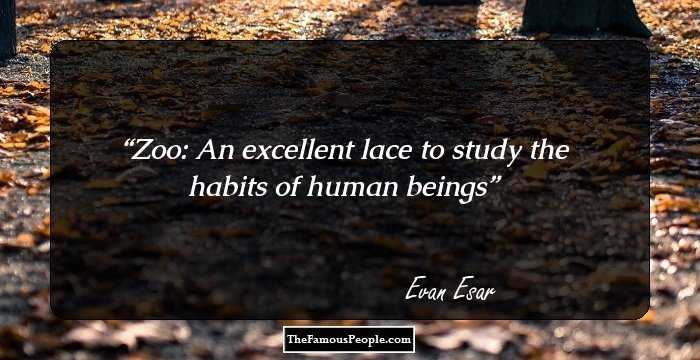 Zoo: An excellent lace to study the habits of human beings 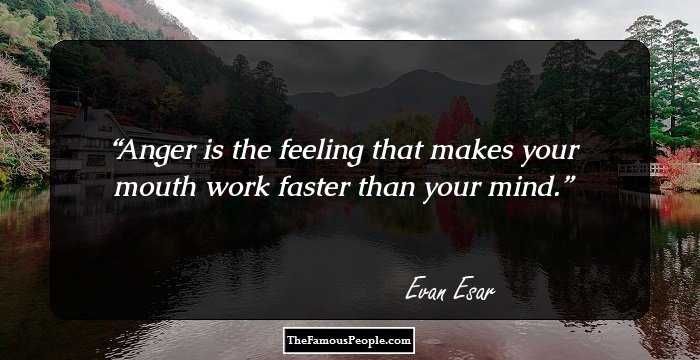 Anger is the feeling that makes your mouth work faster than your mind. 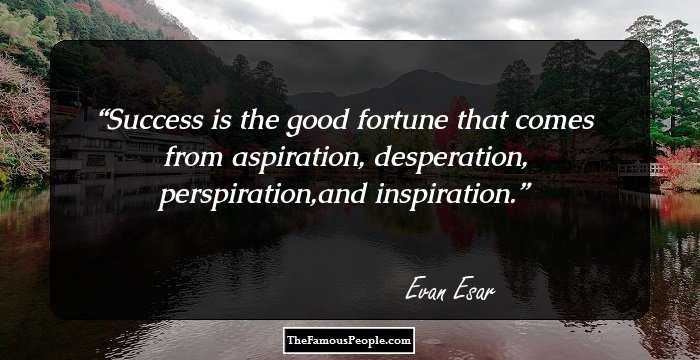 Success is the good fortune that comes from aspiration, desperation, perspiration,and inspiration. 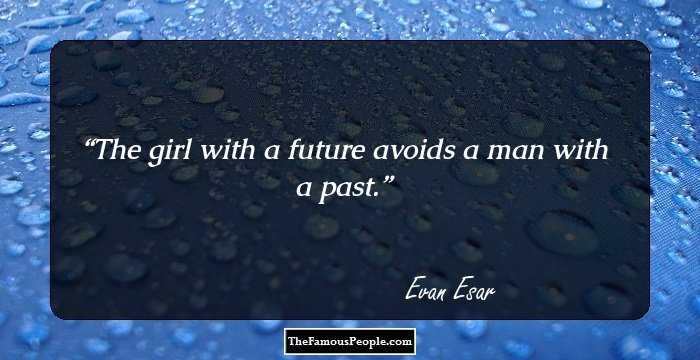 The girl with a future avoids a man with a past. 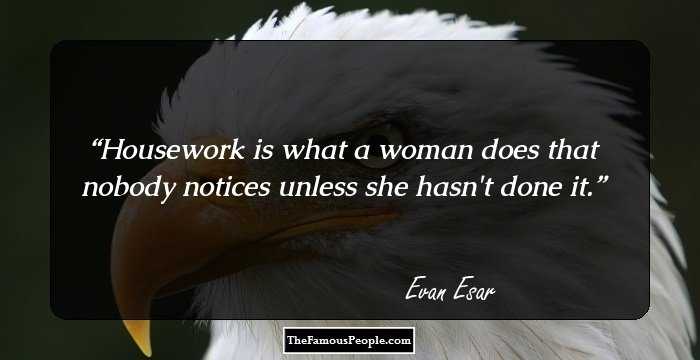 Housework is what a woman does that nobody notices unless she hasn't done it. 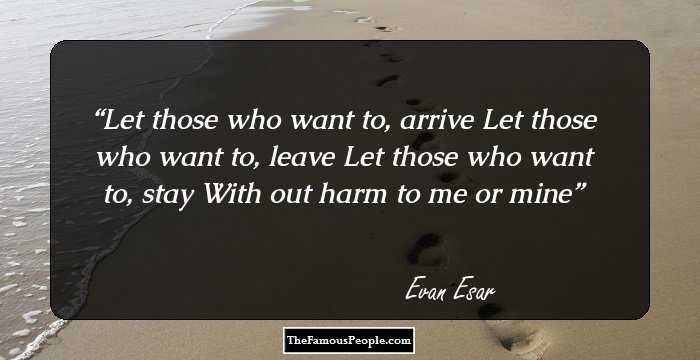 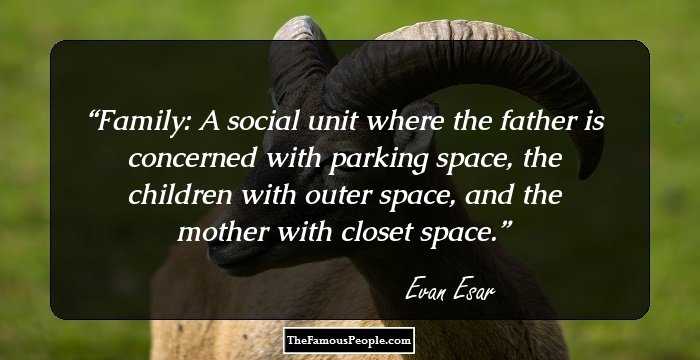 Family: A social unit where the father is concerned with parking space, the children with outer space, and the mother with closet space. 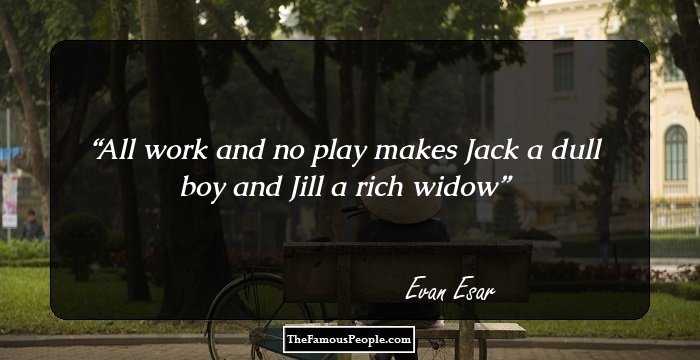 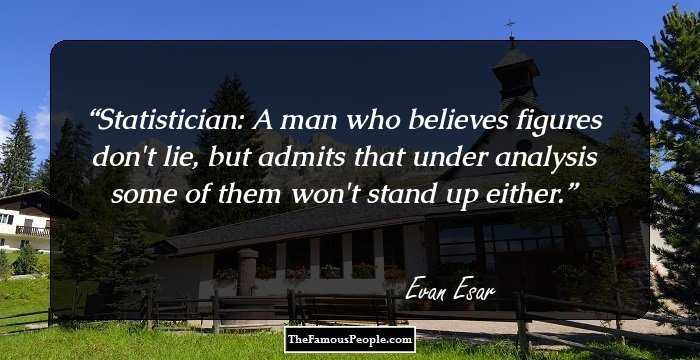 Statistician: A man who believes figures don't lie, but admits that under analysis some of them won't stand up either. 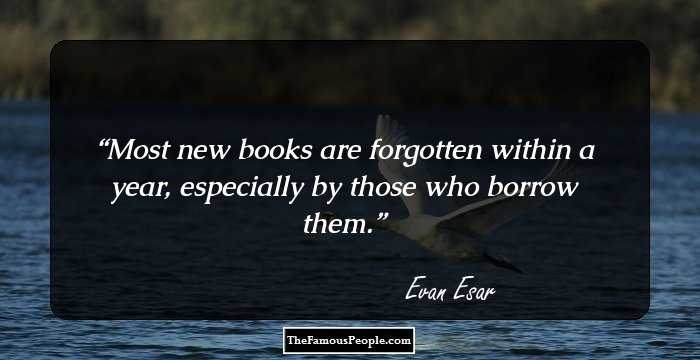 Most new books are forgotten within a year, especially by those who borrow them. 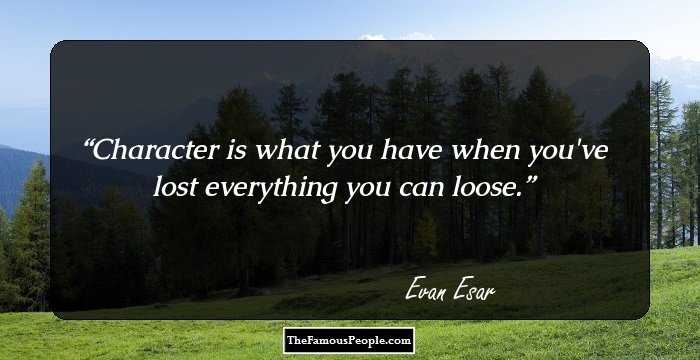 Character is what you have when you've lost everything you can loose. 72 Enrique Iglesias Quotes To Ponder Over