Famous As: Union Leader
Born On: November 5, 1855
Died On: October 20, 1926
Born In: Terre Haute
Founder / Co Founder: American Railway Union, Social Democratic Party of America, Industrial Workers of the World, Socialist Party of America, Socialist Party USA
Died At Age: 70
Eugene Victor Debs was an American socialist, union leader and a co-founder of the âIndustrial Workers of the Worldâ. In his early days, he was deprived of studies and landed up a job as a fireman for the railways. He joined the âVigo Lodge, Brotherhood of Locomotive Firemen (BLF)â where his active participation made him the Grand Secretary and Treasurer. He went on to form the âAmerican Railway Unionâ and worked actively for the welfare of the laborers. His rising popularity got him involved in the âPullman Strikeâ where the federal government had to intervene to control the situation. He was imprisoned for six months and during this time he got attracted towards socialism. He went on to form the âSocial Democratic Partyâ and contested unsuccessfully for the Office of the US President. He was also against war and his first anti-war speech landed him in the prison. He also co-founded the âIndustrial Workers of the World (IWW)â union which was set up on both socialist and anarchist ideologies. A lot of what he has said or written have become quite famous as his quotes and thoughts and is quoted extensively. We have collected his quotes from his speeches and generalobservations. Read on the compilation of some of the most noted sayings and quotes by Eugene V. Debs.
Listed In:
Leaders 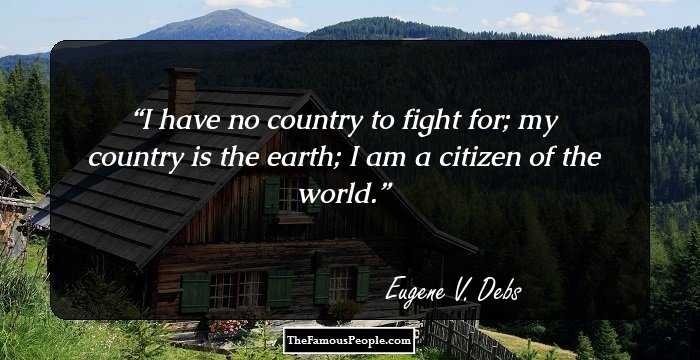 I have no country to fight for; my country is the earth; I am a citizen of the world. 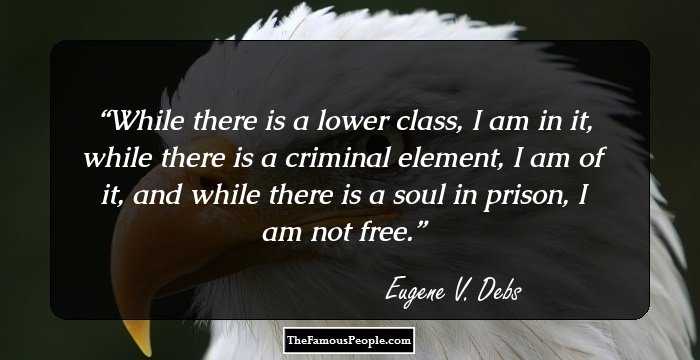 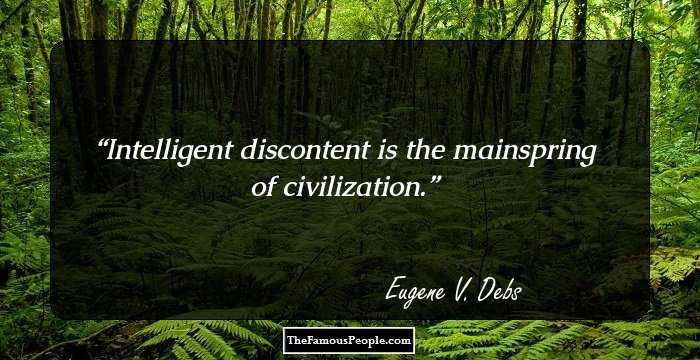 Intelligent discontent is the mainspring of civilization. 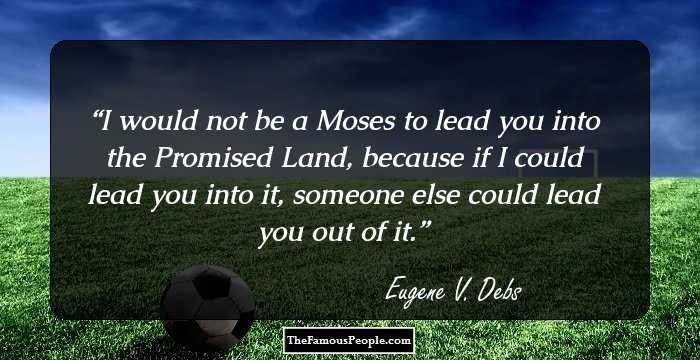 You I
Eugene V. Debs 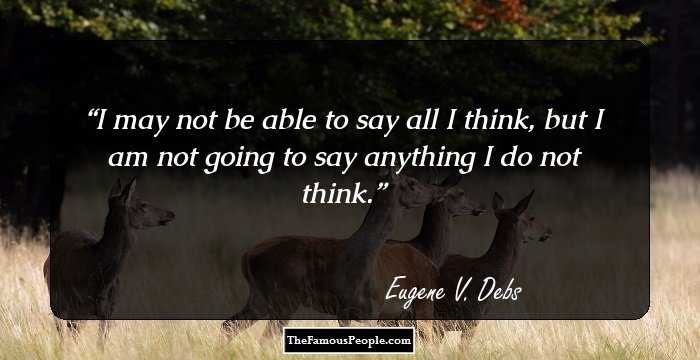 I may not be able to say all I think, but I am not going to say anything I do not think. 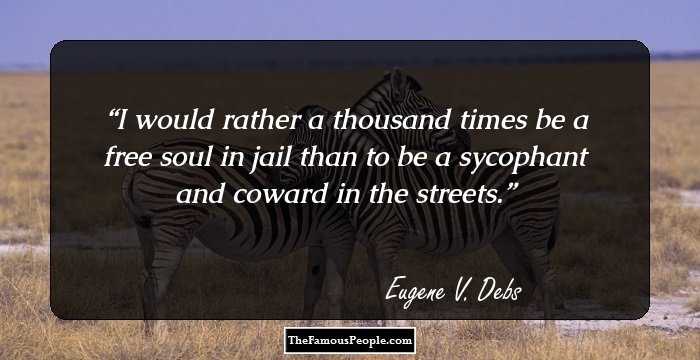 I would rather a thousand times be a free soul in jail than to be a sycophant and coward in the streets. 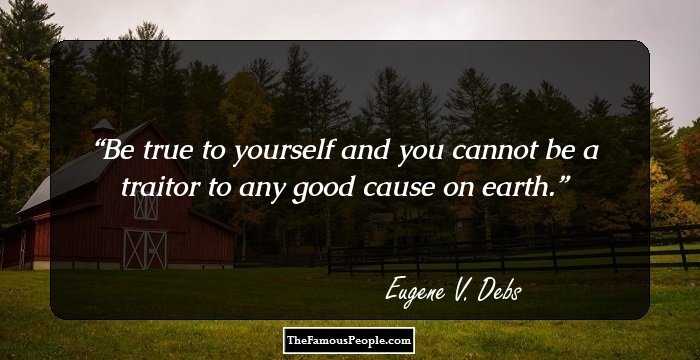 Be true to yourself and you cannot be a traitor to any good cause on earth.

You Yourself
Eugene V. Debs 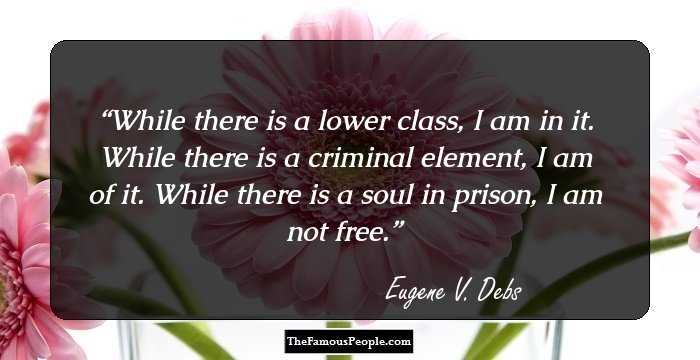 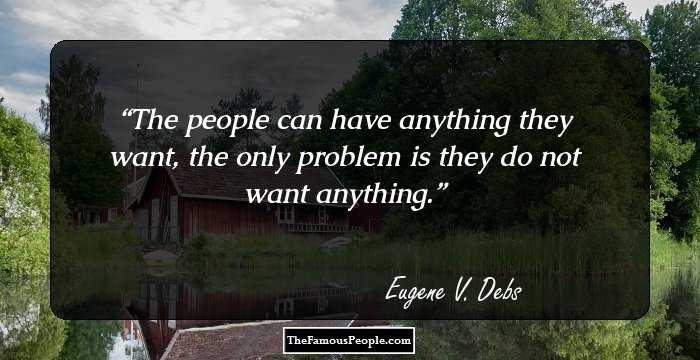 The people can have anything they want, the only problem is they do not want anything. 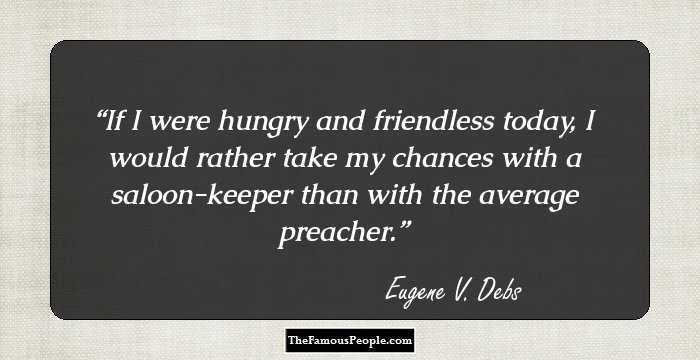 If I were hungry and friendless today, I would rather take my chances with a saloon-keeper than with the average preacher. 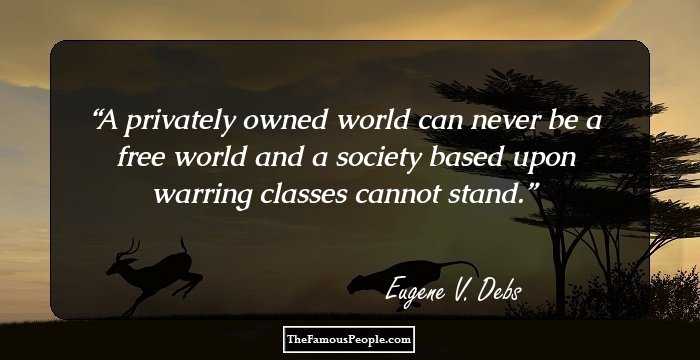 A privately owned world can never be a free world and a society based upon warring classes cannot stand. 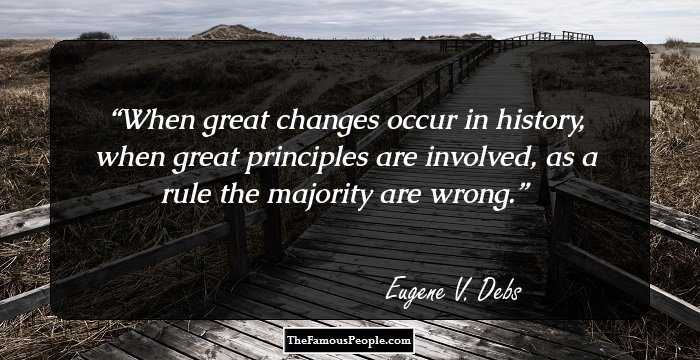 When great changes occur in history, when great principles are involved, as a rule the majority are wrong. 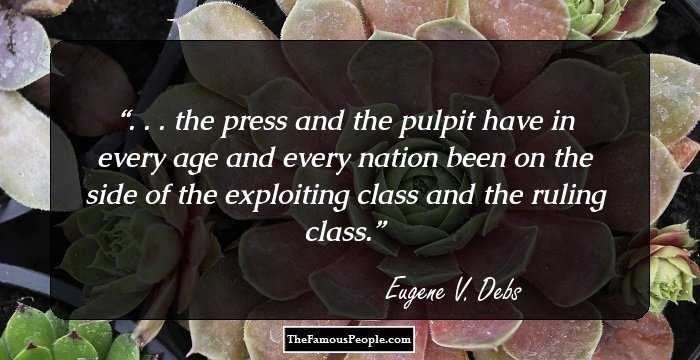 . . . the press and the pulpit have in every age and every nation been on the side of the exploiting class and the ruling class. 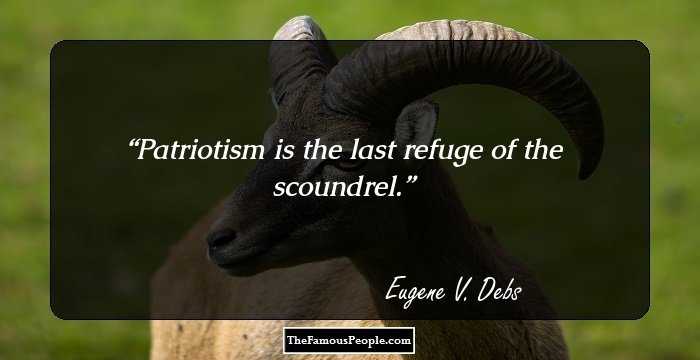 Patriotism is the last refuge of the scoundrel. 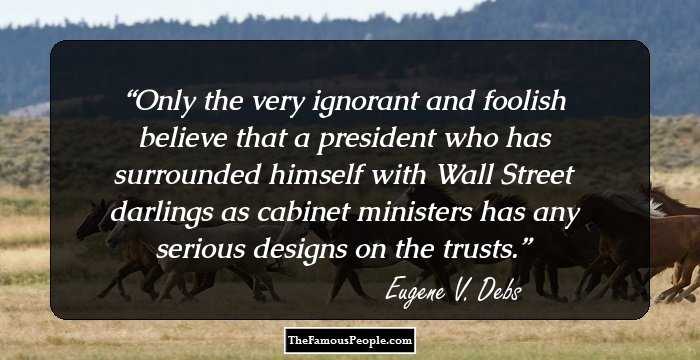 Only the very ignorant and foolish believe that a president who has surrounded himself with Wall Street darlings as cabinet ministers has any serious designs on the trusts. 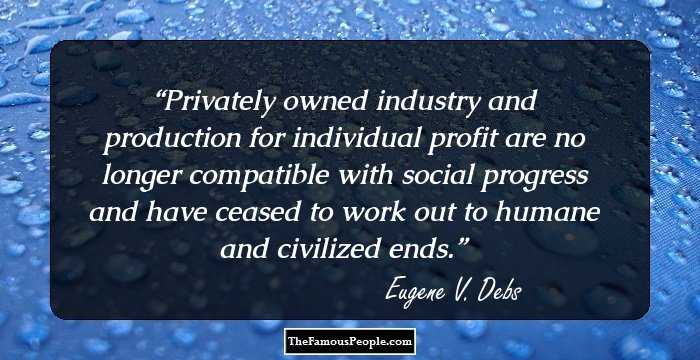 Privately owned industry and production for individual profit are no longer compatible with social progress and have ceased to work out to humane and civilized ends. 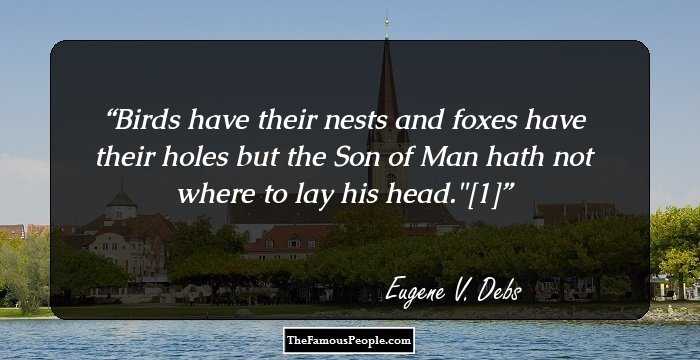 Birds have their nests and foxes have their holes but the Son of Man hath not where to lay his head."[1] 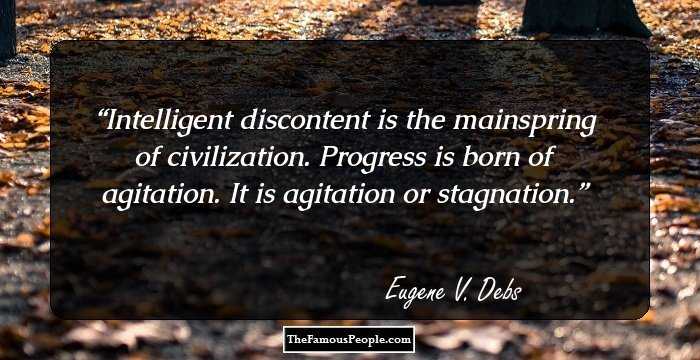 Intelligent discontent is the mainspring of civilization. Progress is born of agitation. It is agitation or stagnation. 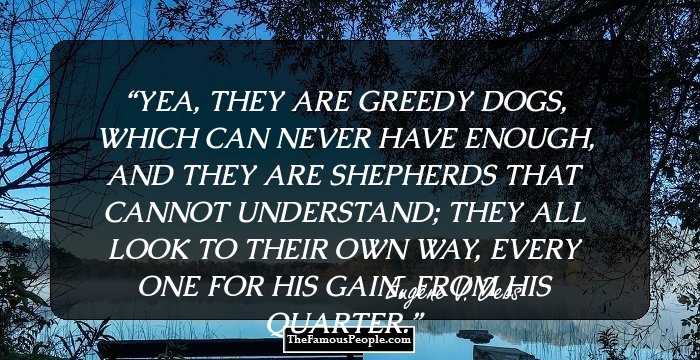 YEA, THEY ARE GREEDY DOGS, WHICH CAN NEVER HAVE ENOUGH, AND THEY ARE SHEPHERDS THAT CANNOT UNDERSTAND; THEY ALL LOOK TO THEIR OWN WAY, EVERY ONE FOR HIS GAIN, FROM HIS QUARTER. 100 Awesome Quotes By Pablo Neruda To Ponder Over 22 Bam Margera Quotes You Should Bookmark