12 Quotes By Euclid, The Father Of Geometry

Famous As: Mathematician
Born On: 330 BC
Born In: Greece
Renowned as the âFounder of Geometryâ, âEuclid Of Alexandriaâ was an eminent Greek mathematician. Not much is known about his early and personal life, however, he is considered to be the âFather Of Geometryâ for his monumental contribution in the field of mathematics. He expressed his thoughts, viewpoints and opinions on the subject in his book, âElementsâ which is regarded as the most influential mathematical works of all time. Since the time of its publication and until the 19th or early 20th, this book served as the main textbook for teaching mathematics. Euclidâs writings, thoughts, and works were heavily influenced by Aristotle, Thales, Pythagoras and Eudoxus to name a few. Following is a list of some popular and inspiring quotes and sayings by Euclid which have been extracted from his writings, thoughts, books, work and life. Zoom through the quotable quotes and thoughts by Euclid on affirmed, proved, God, learns, school, math, royal, nature, golden-ratio, handwriting, science, history-of-mathematics etc.
Listed In:
Scientists 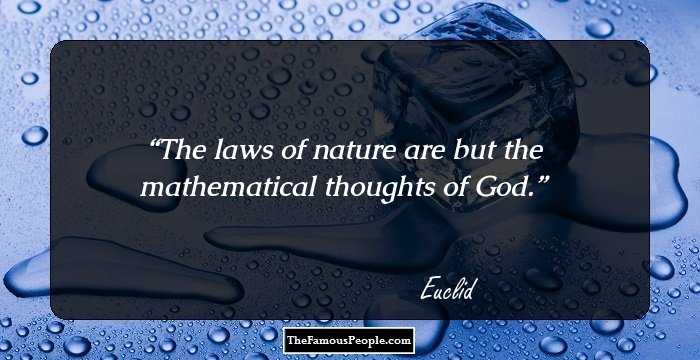 The laws of nature are but the mathematical thoughts of God. 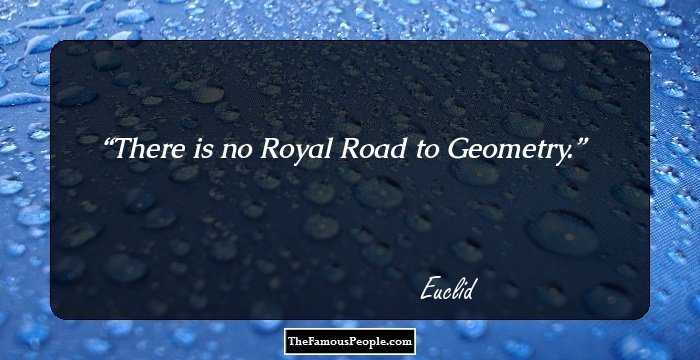 There is no Royal Road to Geometry. 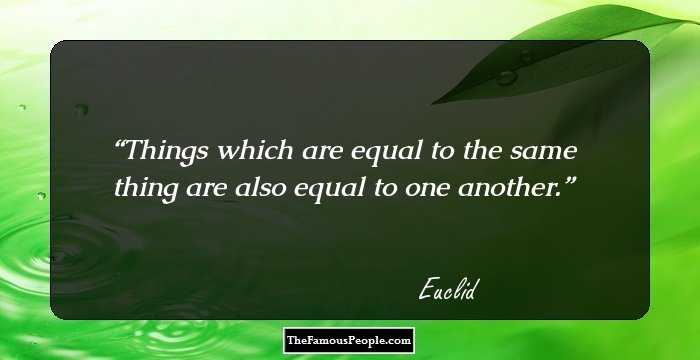 Things which are equal to the same thing are also equal to one another. 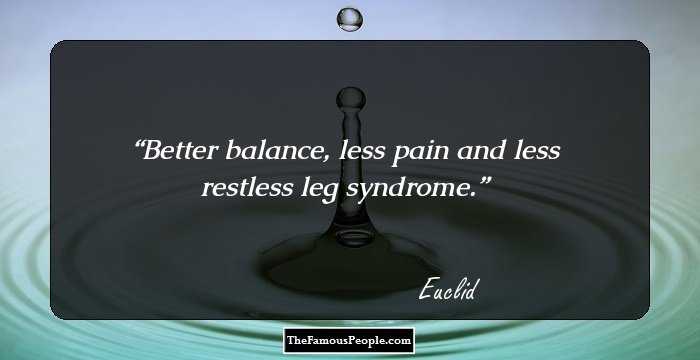 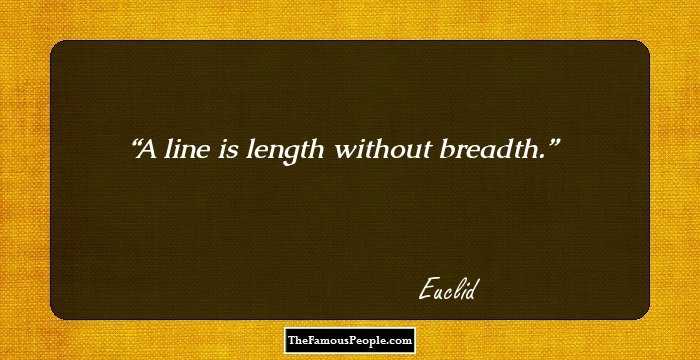 A line is length without breadth. 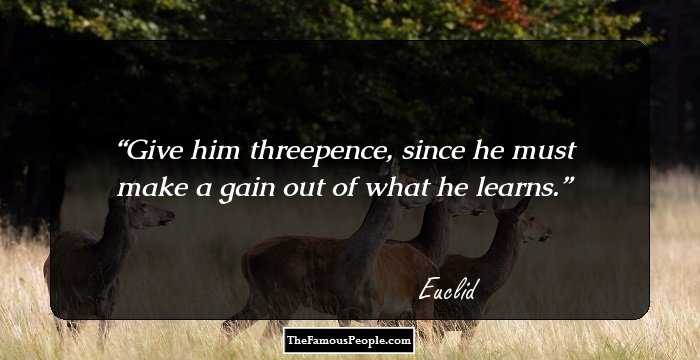 Give him threepence, since he must make a gain out of what he learns. 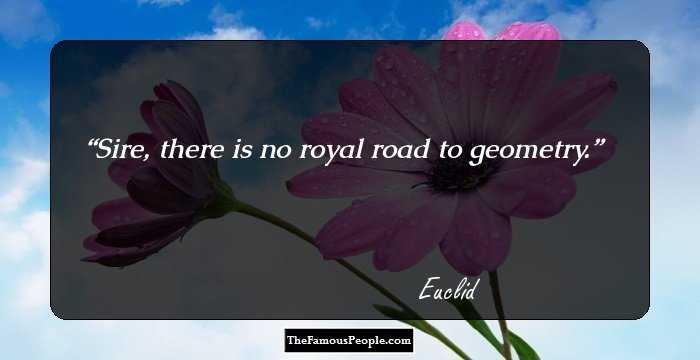 Sire, there is no royal road to geometry. 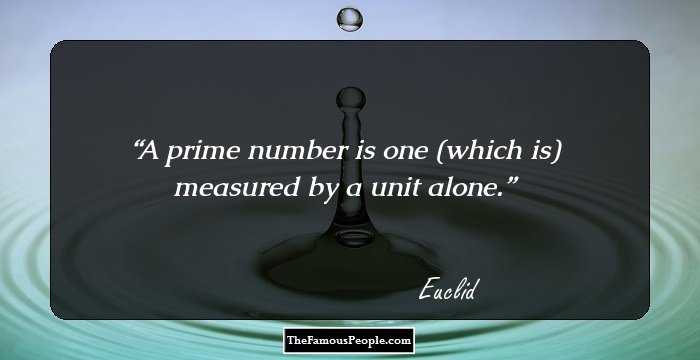 A prime number is one (which is) measured by a unit alone. 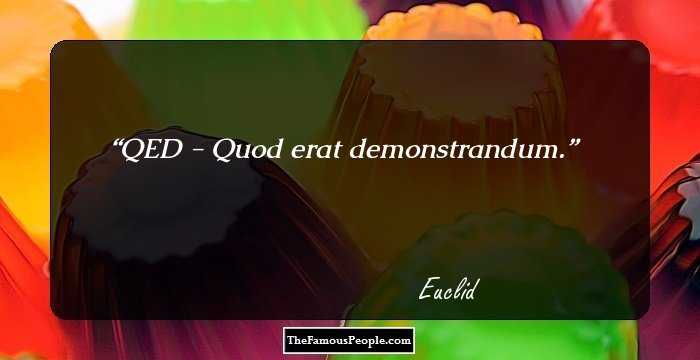 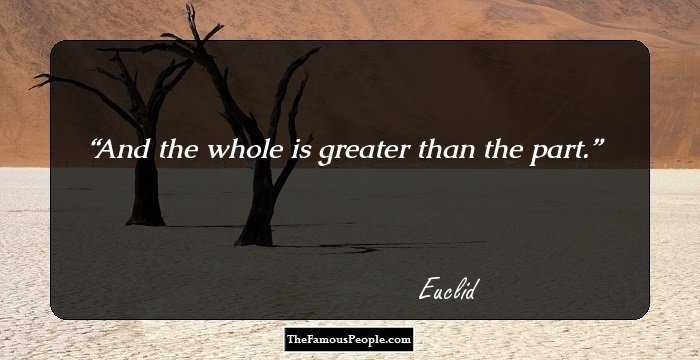 And the whole is greater than the part. 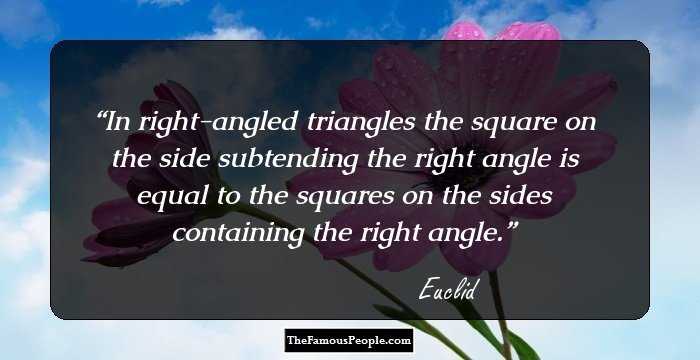