Famous As: French Composer and Pianist Known for His Work âGymnopÃ©diesâ
Born On: May 17, 1866
Died On: July 1, 1925
Born In: Honfleur, France
Died At Age: 59
Erik Satie was an eminent French music composer and pianist, considered as the pioneer of modern music. His works laid the foundation for various artistic movements including âSurrealismâ and the âTheatre of the Absurdâ. During that time his works were often criticized for being dull but they were posthumously acknowledged to be original. He intelligently used innovative ideas in music while keeping it simple. His interest in music was cultivated by his parents and he used to collaborate with his mother to bring out salon compositions during his teenage. This encouraged him to pursue a career in music and he aimed to further sharpen his talent. Initially, he was rejected by some of the good musicians as his music was believed to be trivial. He fought all these hardships and became a composer and chapel master of Rosicrucian Order. He came up with various other compositions but these works failed to support him financially. He eventually became famous in 1912 for his piano miniatures. Here is a compilation of quotes and thoughts by the renowned pianist which have been excerpted from the conspicuous set of writings left by him. They will surely inspire you to strive hard to achieve your dreams. Browse through the notable quotations and sayings by Erik Satie that are sure to strike the right notes.
Listed In:
Musicians
Composers 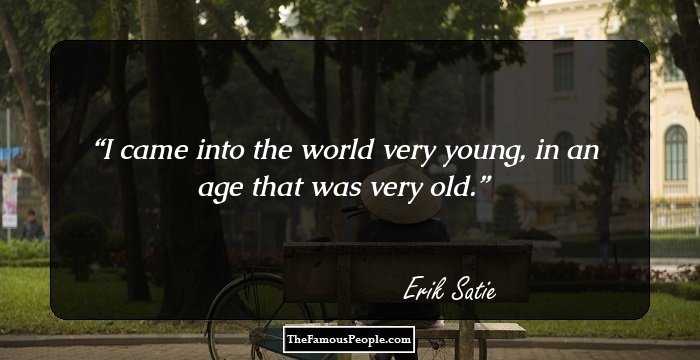 I came into the world very young, in an age that was very old. 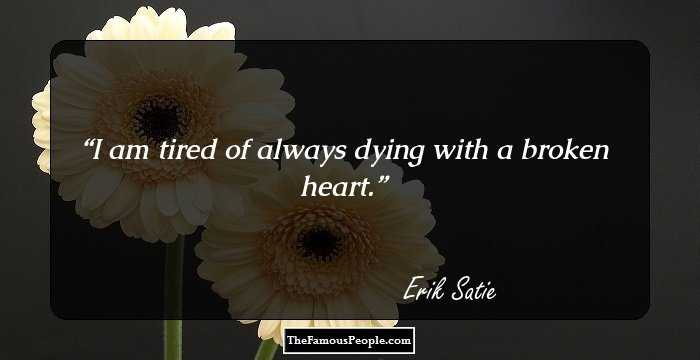 I am tired of always dying with a broken heart. 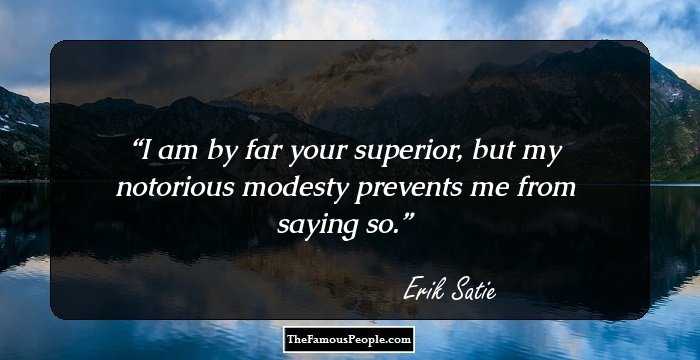 I am by far your superior, but my notorious modesty prevents me from saying so.

Me I
Erik Satie 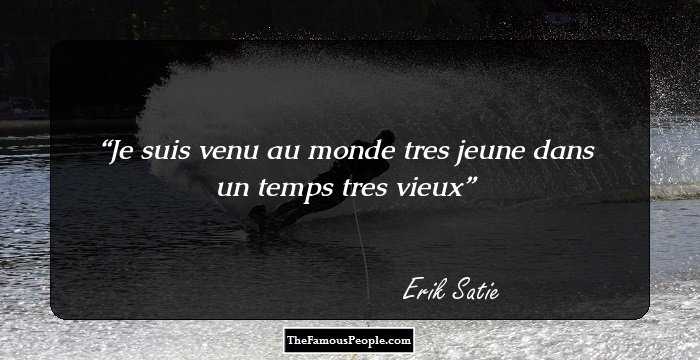 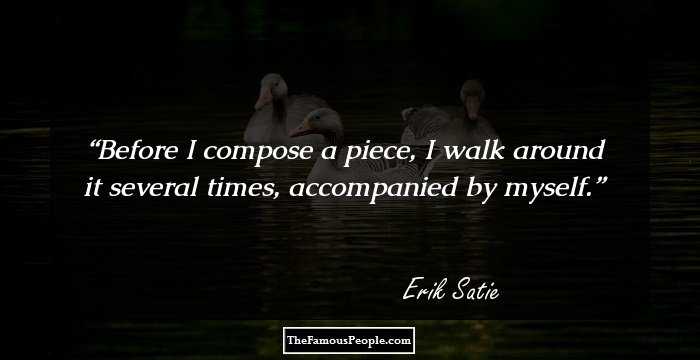 Before I compose a piece, I walk around it several times, accompanied by myself. 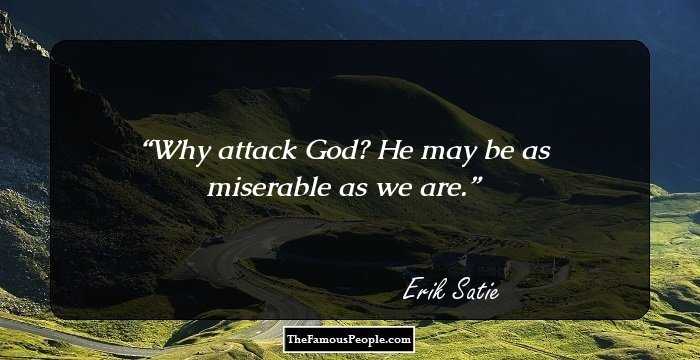 Why attack God? He may be as miserable as we are. 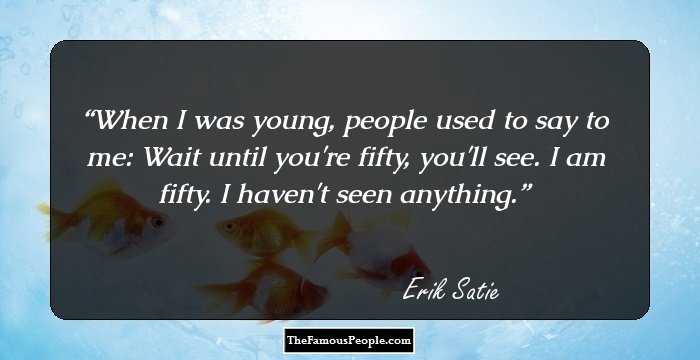 When I was young, people used to say to me: Wait until you're fifty, you'll see. I am fifty. I haven't seen anything. 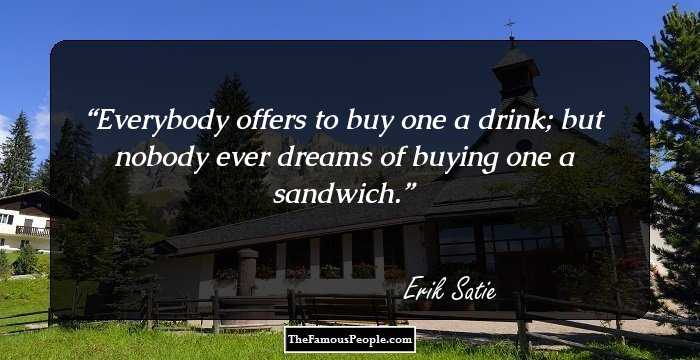 Everybody offers to buy one a drink; but nobody ever dreams of buying one a sandwich. 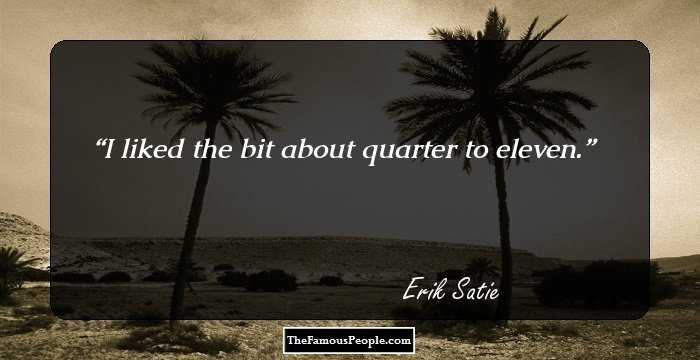 I liked the bit about quarter to eleven. 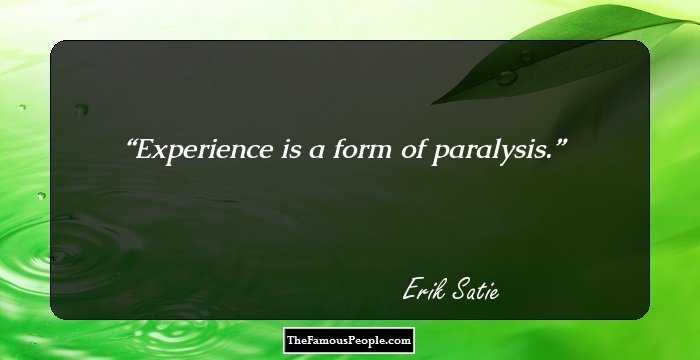 Experience is a form of paralysis. 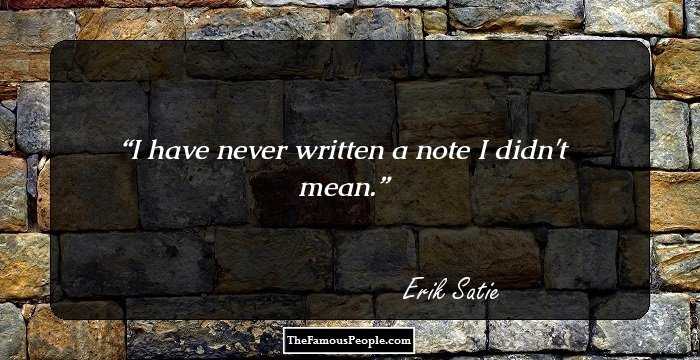 I have never written a note I didn't mean. 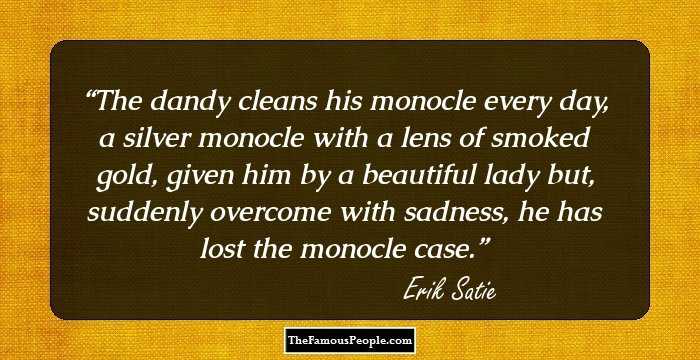 The dandy cleans his monocle every day, a silver monocle with a lens of smoked gold, given him by a beautiful lady but, suddenly overcome with sadness, he has lost the monocle case. 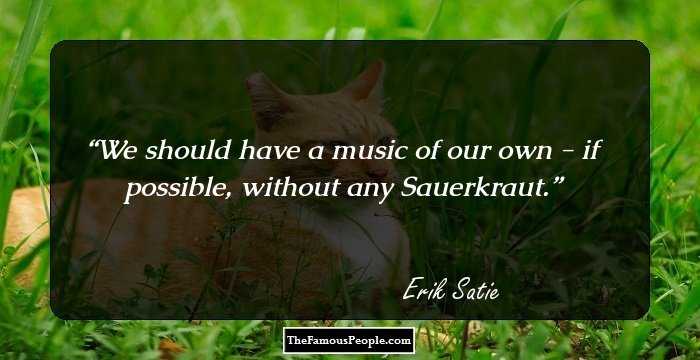 We should have a music of our own - if possible, without any Sauerkraut. 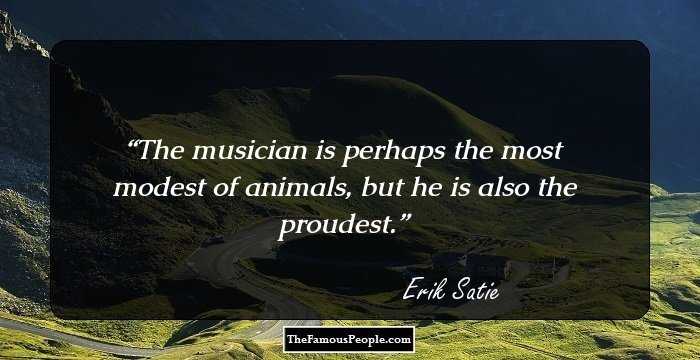 The musician is perhaps the most modest of animals, but he is also the proudest. 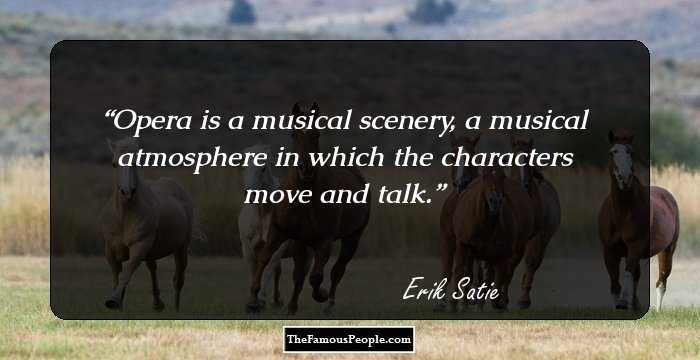 Opera is a musical scenery, a musical atmosphere in which the characters move and talk. 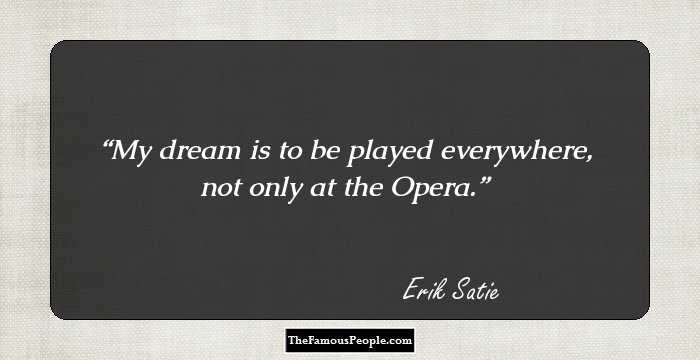 My dream is to be played everywhere, not only at the Opera. 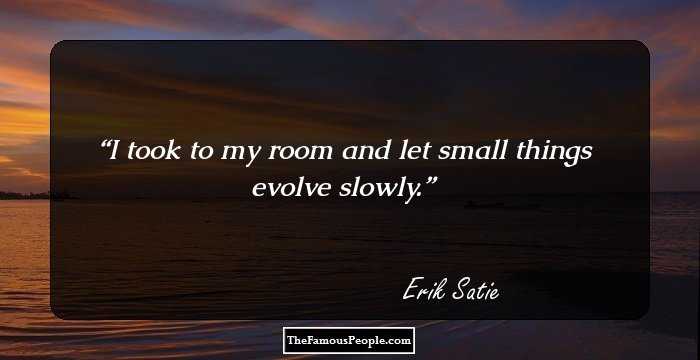 I took to my room and let small things evolve slowly.

We cannot doubt that animals both love and practice music. That is evident. But it seems their musical system differs from ours. It is another school....We are not familiar with their didactic works. Perhaps they don't have any. 31 Top Quotes By David Guetta, The Grandfather of EDM 10 Famous Quotes By Serge Gainsbourg, Renowned For His Saucy Lyrics And Music