Famous As: German General, Politician and Military Theorist
Born On: April 9, 1865
Died On: December 20, 1937
Born In: Kruszewnia, Poland
Founder / Co Founder: Tannenbergbund
Died At Age: 72
Erich Ludendorff was a world renowned German general whose contribution in the victories of âBattle of LiÃ¨geâ and the âBattle of Tannenbergâ was quite significant. Erich joined the German general staff in 1894, at the age of 18, where he helped in the revision of the Schlieffen Plan. In 1914, after World War I broke out, Erich became the General to von Bulowâs Second Army and was soon promoted as the Chief of Staff under Paul von Hindenburg. He also played an important role in the âTreaty of Brest-Litovsk,â after Russiaâs withdrawal from the war. He resigned in 1918 after the collapse of German allies. He also ran for the post of president against Hindenburg in 1925. He was a member of the Reichstag, from 1924 to 1928. Here are some of Erich Ludendorff quotes on war, leadership, giving up, victory, etc.
Listed In:
Leaders 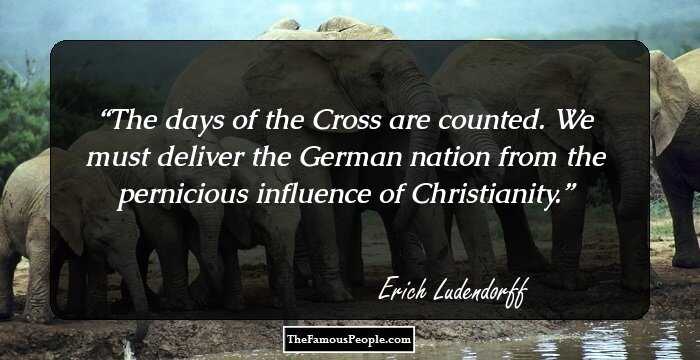 The days of the Cross are counted. We must deliver the German nation from the pernicious influence of Christianity. 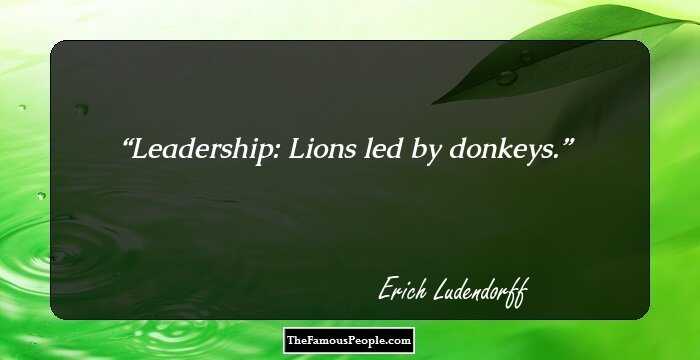 By the Revolution the Germans have made themselves pariahs among the nations, incapable of winning allies, helots in the service of foreigners and foreign capital, and deprived of all self-respect. In twenty years' time, the German people will curse the parties who now boast of having made the Revolution. 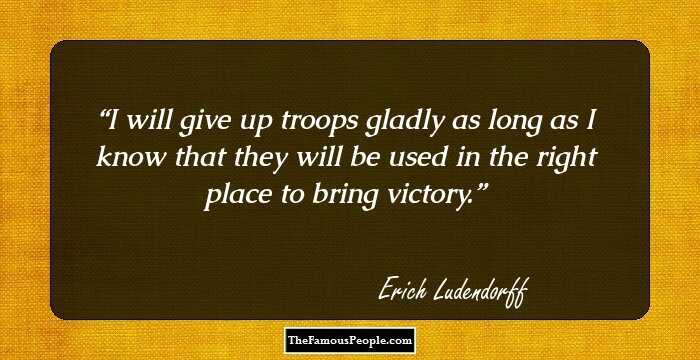 I will give up troops gladly as long as I know that they will be used in the right place to bring victory. 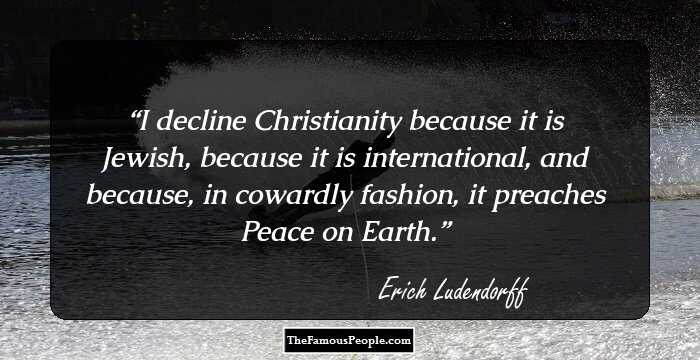 I decline Christianity because it is Jewish, because it is international, and because, in cowardly fashion, it preaches Peace on Earth. 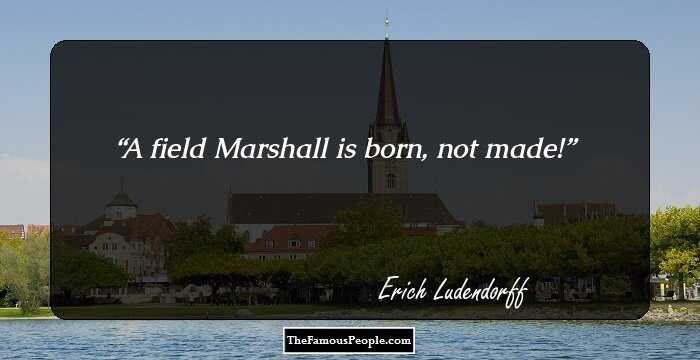 A field Marshall is born, not made!