Famous As: Italian Physicist, Nobel Laureate and Creator of the World's First Nuclear Reactor
Born On: September 29, 1901
Died On: November 28, 1954
Born In: Rome, Italy
Died At Age: 53
Enrico Fermi was a renowned nuclear physicist. He created the world's first nuclear reactor, the Chicago Pile-1. After graduating, Fermi spent a few years of his life as a professor in Germany and University of Rome. Later in 1934, Fermi began one of his major works on atom and discovered that any element is capable of nuclear transformation. Gradually, after this study, he found new elements in the periodic table beyond the traditional periodic table. In the year 1938, he was awarded the Nobel Prize in Physics. During the Second World War Fermi was one of the leaders of the Manhattan Project, the project which was responsible for developing atom bombs. After this war he was appointed as the General Advisory of the Atomic Energy Commission. Being a great scientist, Fermi shared his thoughts and views on several issues including peace, atomic bombs, World War and humanity. We have gathered a few of his quotes from his books, journals, talks, speeches, interviews and life in general.
Listed In:
Scientists 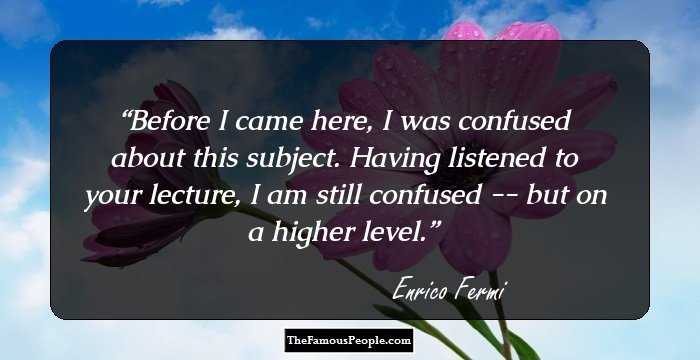 Before I came here, I was confused about this subject. Having listened to your lecture, I am still confused -- but on a higher level. 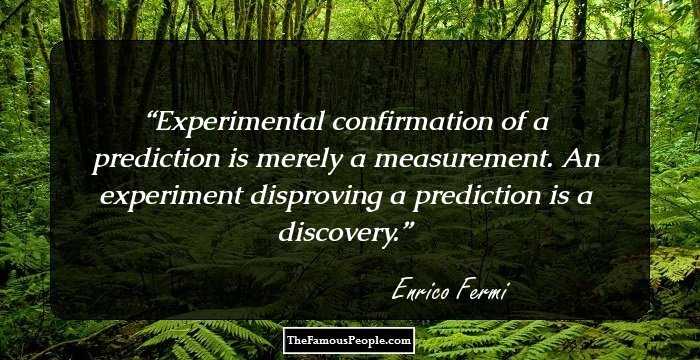 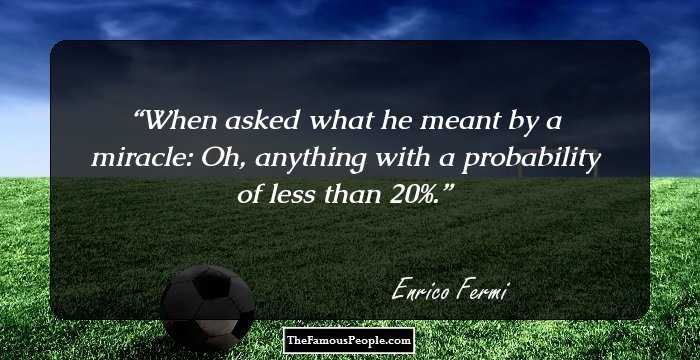 When asked what he meant by a miracle: Oh, anything with a probability of less than 20%. 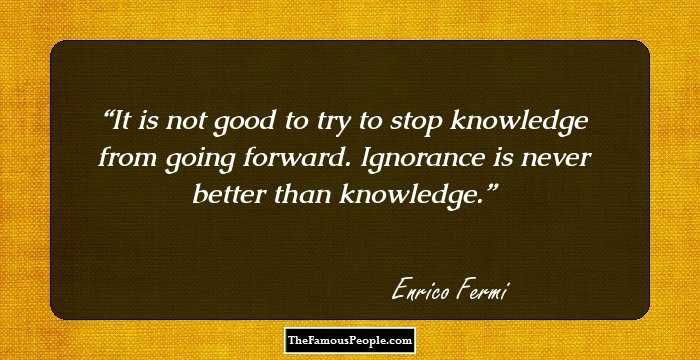 It is not good to try to stop knowledge from going forward. Ignorance is never better than knowledge. 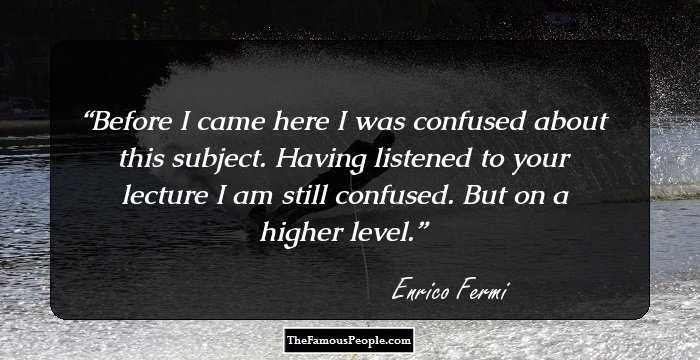 Before I came here I was confused about this subject. Having listened to your lecture I am still confused. But on a higher level. 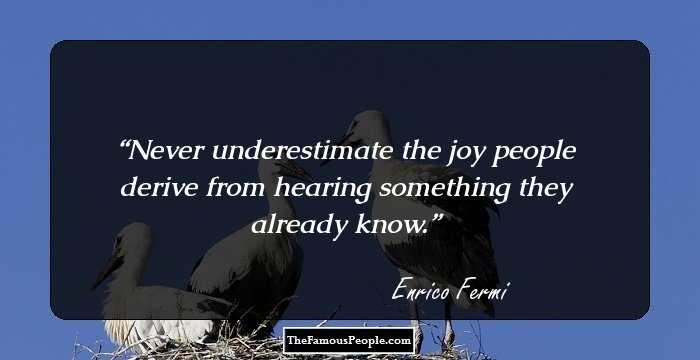 Never underestimate the joy people derive from hearing something they already know.

The fact that no limits exist to the destructiveness of this weapon [the 'Super', i.e. the hydrogen bomb] makes its very existence and the knowledge of its construction a danger to humanity as a whole. It is necessarily an evil thing considered in any light. For these reasons, we believe it important for the President of the United States to tell the American public and the world what we think is wrong on fundamental ethical principles to initiate the development of such a weapon. 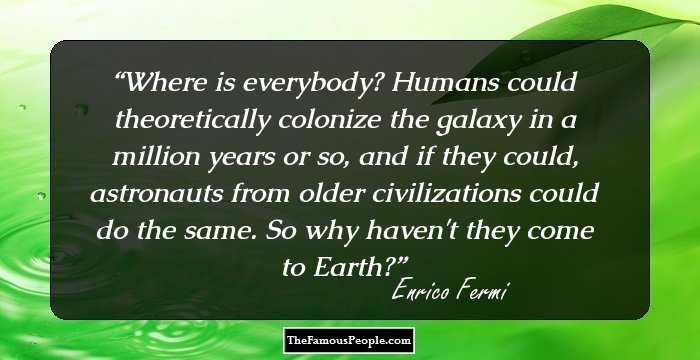 Where is everybody? Humans could theoretically colonize the galaxy in a million years or so, and if they could, astronauts from older civilizations could do the same. So why haven't they come to Earth? 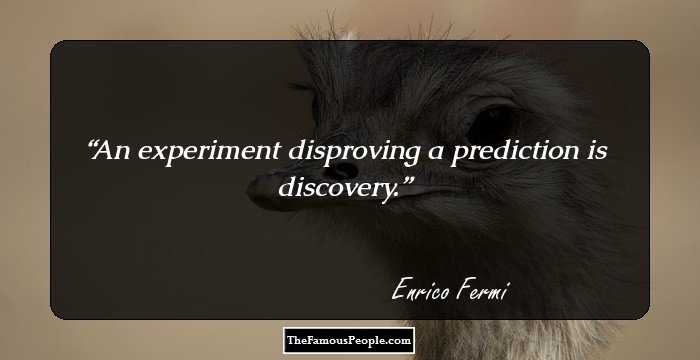 An experiment disproving a prediction is discovery. 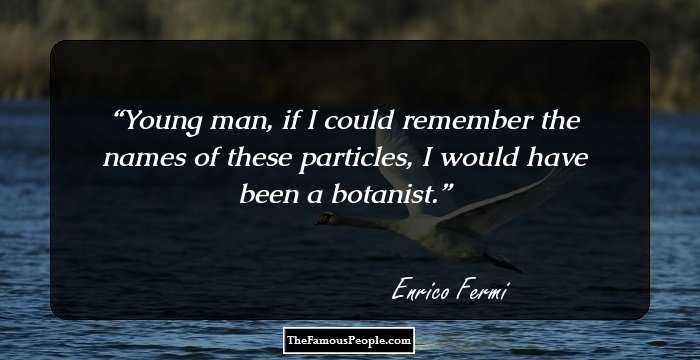 Young man, if I could remember the names of these particles, I would have been a botanist. 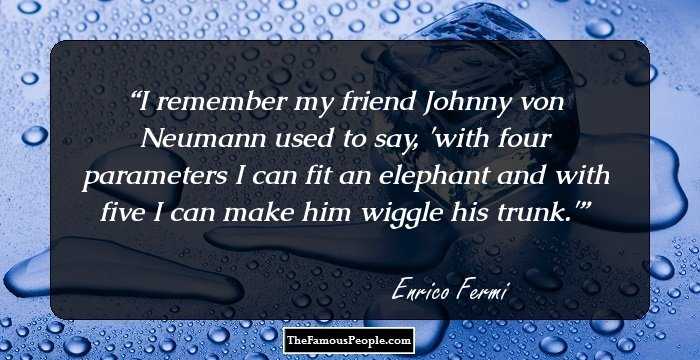 I remember my friend Johnny von Neumann used to say, 'with four parameters I can fit an elephant and with five I can make him wiggle his trunk.' 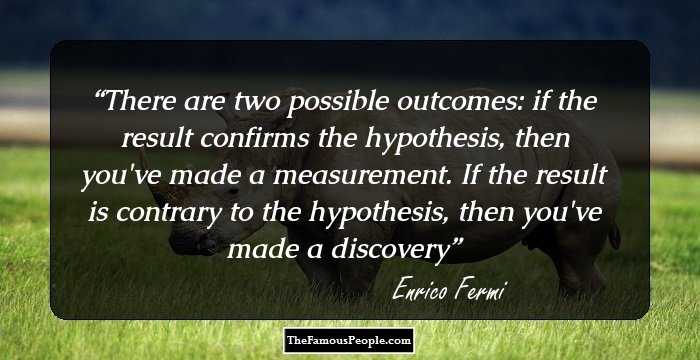 Although the problem of transmuting chemical elements into each other is much older than a satisfactory definition of the very concept of chemical element, it is well known that the first and most important step towards its solution was made only nineteen years ago by the late Lord Rutherford, who started the method of the nuclear bombardments. 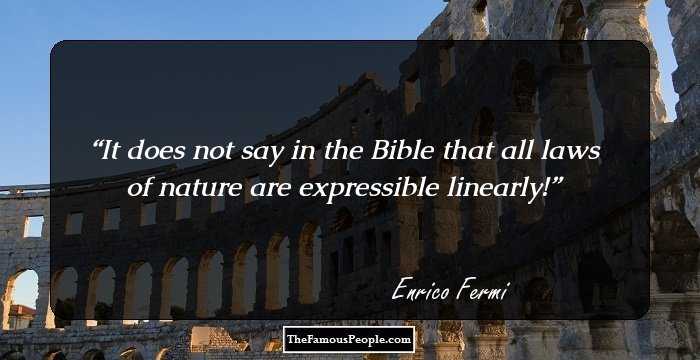 It does not say in the Bible that all laws of nature are expressible linearly! 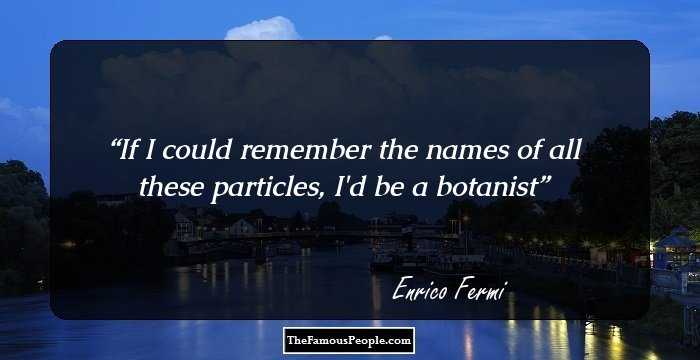 If I could remember the names of all these particles, I'd be a botanist 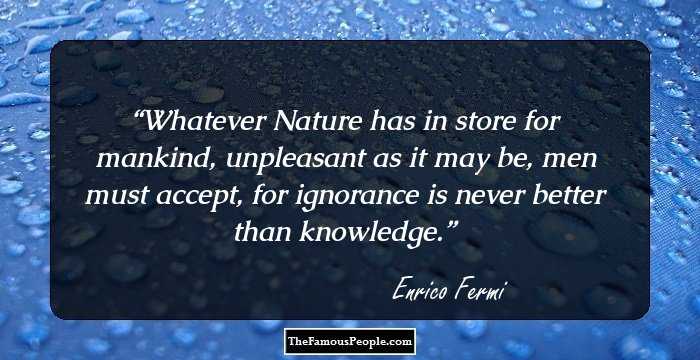 Whatever Nature has in store for mankind, unpleasant as it may be, men must accept, for ignorance is never better than knowledge. 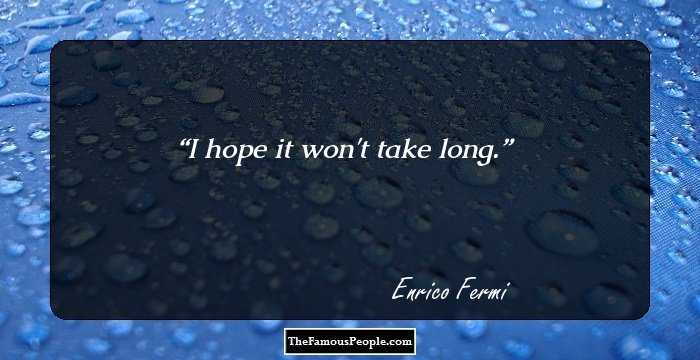 I hope it won't take long. 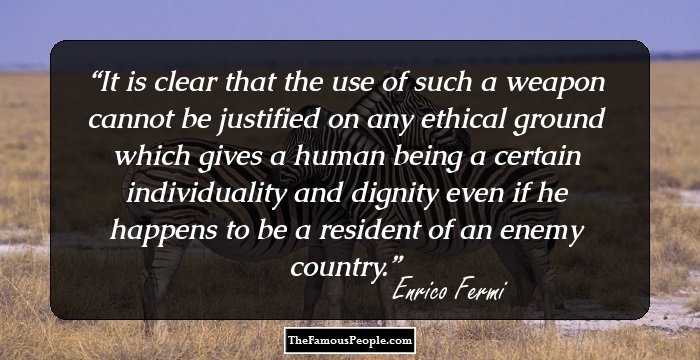 It is clear that the use of such a weapon cannot be justified on any ethical ground which gives a human being a certain individuality and dignity even if he happens to be a resident of an enemy country.

One might be led to question whether the scientists acted wisely in presenting the statesmen of the world with this appalling problem. Actually there was no choice. Once basic knowledge is acquired, any attempt at preventing its fruition would be as futile as hoping to stop the earth from revolving around the sun. 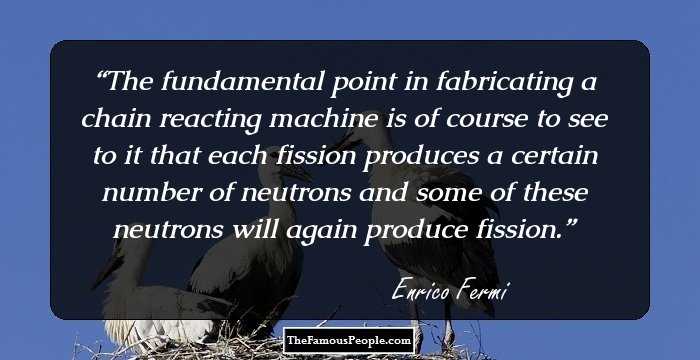 The fundamental point in fabricating a chain reacting machine is of course to see to it that each fission produces a certain number of neutrons and some of these neutrons will again produce fission. 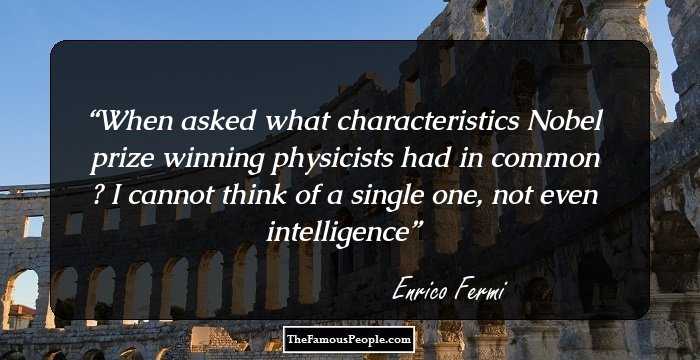 When asked what characteristics Nobel prize winning physicists had in common Ø I cannot think of a single one, not even intelligence