18 Famous Quotes By Enid Blyton For The Kiddiewinks

Famous As: Best Selling Children's Writer of the 20th Century Known for Her Works 'Malory Towers' & 'The Famous Five'
Born On: August 11, 1897
Died On: November 28, 1968
Born In: East Dulwich, London, England
Died At Age: 71
Enid Blyton was an eminent English childrenâs writer. Since 1930s, her books have been the best-selling books in the genre, selling approximately 650 million copies. Her thoughts, writings, books, works, poems and stories have a large readership till date. Her books and writings have been translated into approximately 90 languages. In 1922, Blytonâs first book titled âChild Whispersâ, a collection of poems, was published. She expressed her thoughts, viewpoints and opinions on subjects close to her heart which includes mystery, education, biblical narratives, natural history and fantasy. She is to this date remembered for âSecret Sevenâ, âNoddyâ and âFamous Fiveâ series. Blyton is accredited with building a literary empire. She sometimes produced approximately fifty books a year besides contributions to newspapers and magazines. Go through the quotes and sayings by Enid Blyton which are till date quoted by people from all walks of life.
Listed In:
Writers 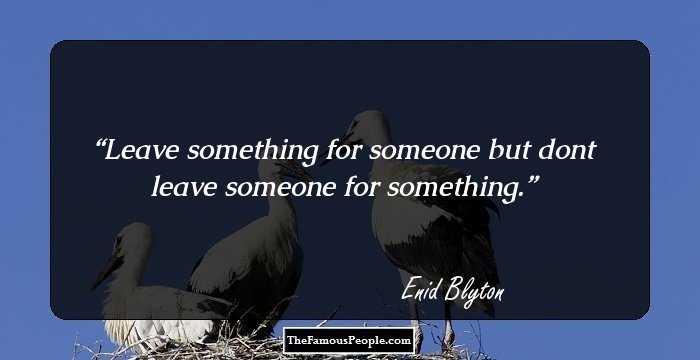 Leave something for someone but dont leave someone for something. 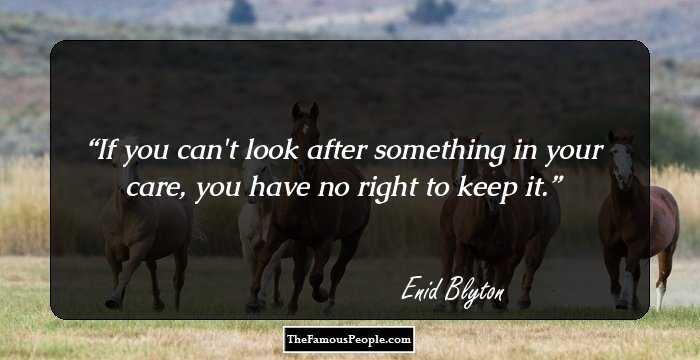 If you can't look after something in your care, you have no right to keep it. 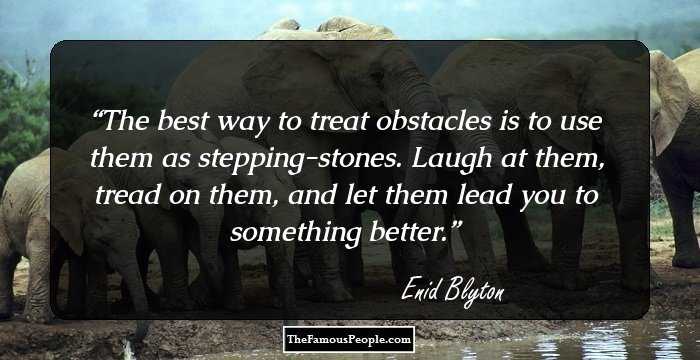 The best way to treat obstacles is to use them as stepping-stones. Laugh at them, tread on them, and let them lead you to something better. 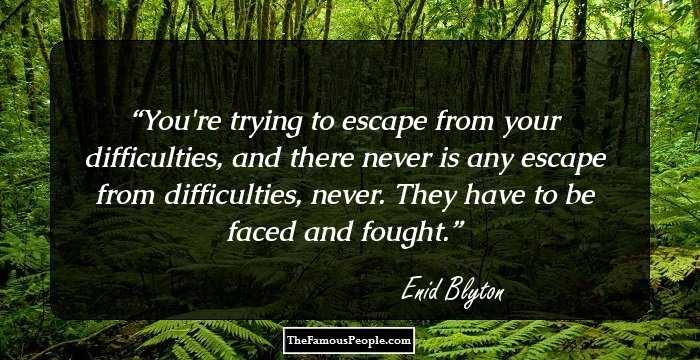 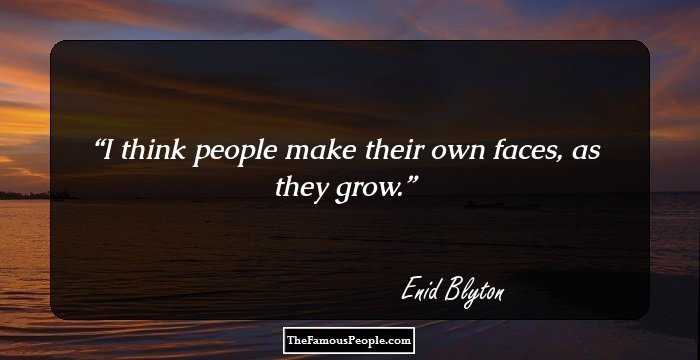 I think people make their own faces, as they grow. 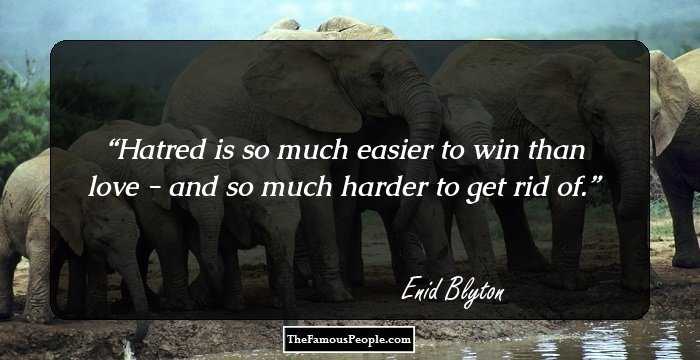 Hatred is so much easier to win than love - and so much harder to get rid of. 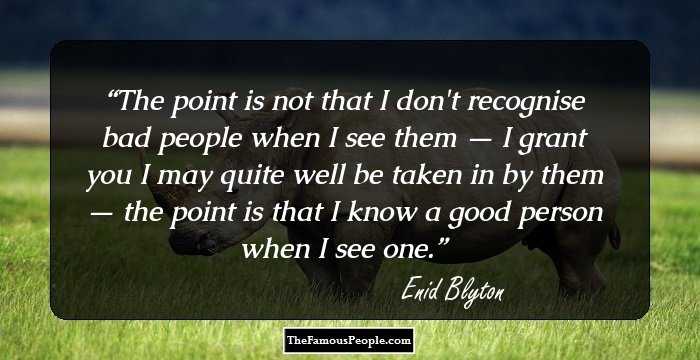 The point is not that I don't recognise bad people when I see them â I grant you I may quite well be taken in by them â the point is that I know a good person when I see one.

You I
Enid Blyton 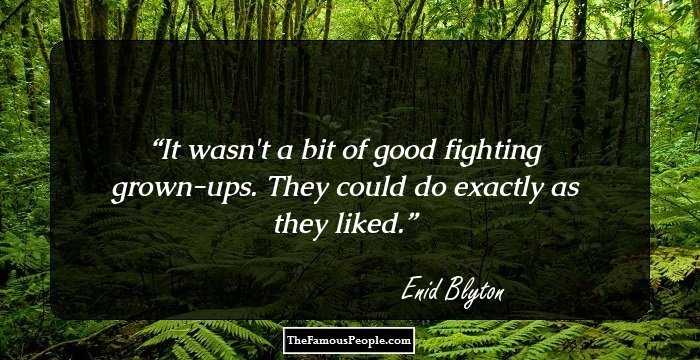 It wasn't a bit of good fighting grown-ups. They could do exactly as they liked. 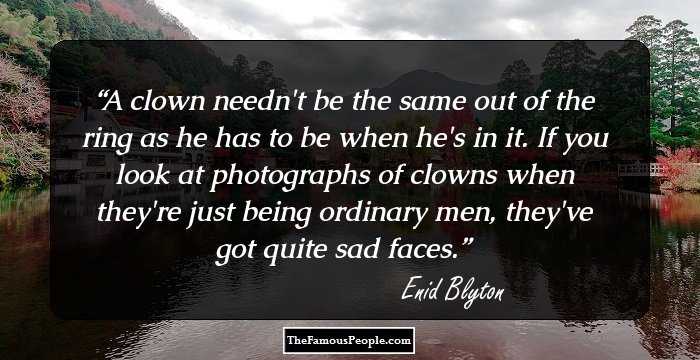 A clown needn't be the same out of the ring as he has to be when he's in it. If you look at photographs of clowns when they're just being ordinary men, they've got quite sad faces. 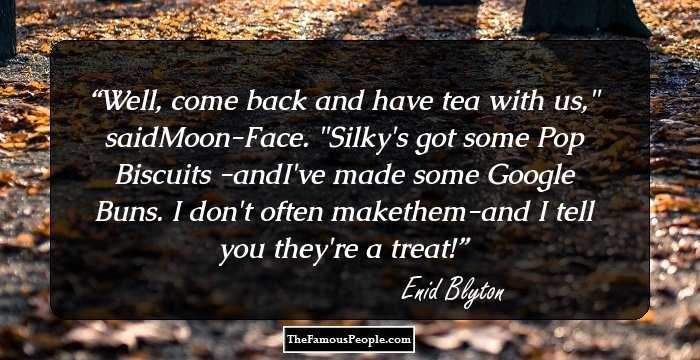 Well, come back and have tea with us," saidMoon-Face. "Silky's got some Pop Biscuits -andI've made some Google Buns. I don't often makethem-and I tell you they're a treat!

You I
Enid Blyton 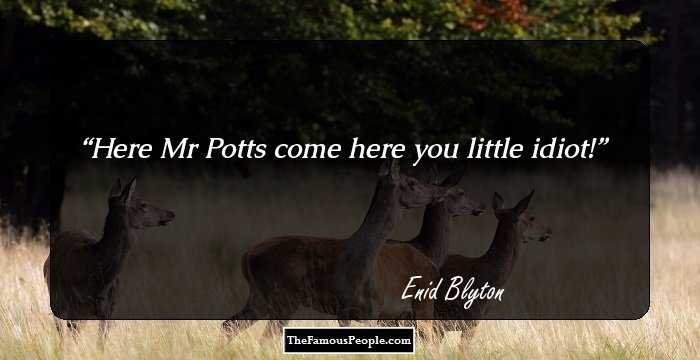 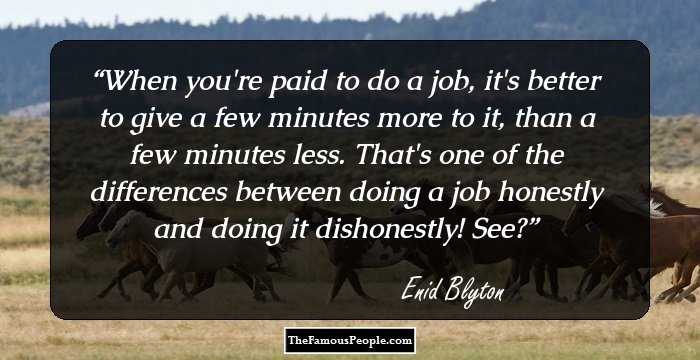 When you're paid to do a job, it's better to give a few minutes more to it, than a few minutes less. That's one of the differences between doing a job honestly and doing it dishonestly! See? 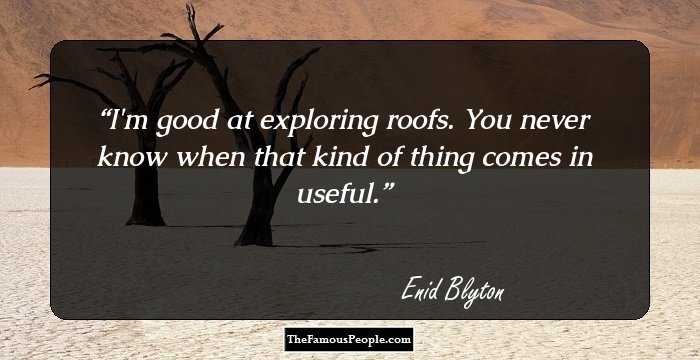 I'm good at exploring roofs. You never know when that kind of thing comes in useful. 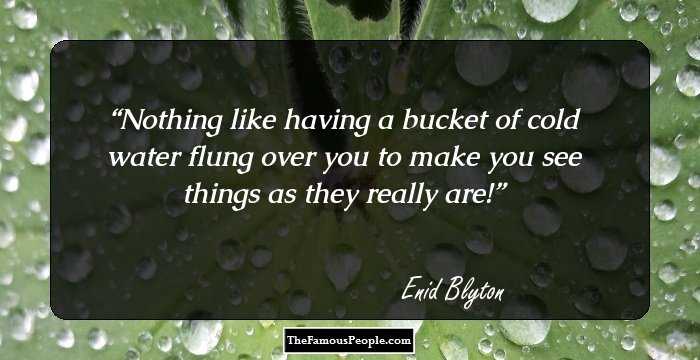 Nothing like having a bucket of cold water flung over you to make you see things as they really are! 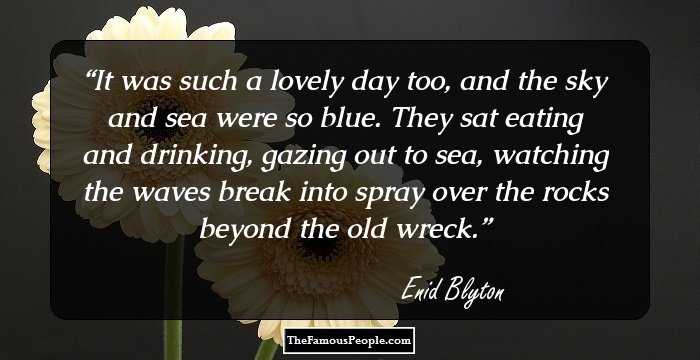 It was such a lovely day too, and the sky and sea were so blue. They sat eating and drinking, gazing out to sea, watching the waves break into spray over the rocks beyond the old wreck. 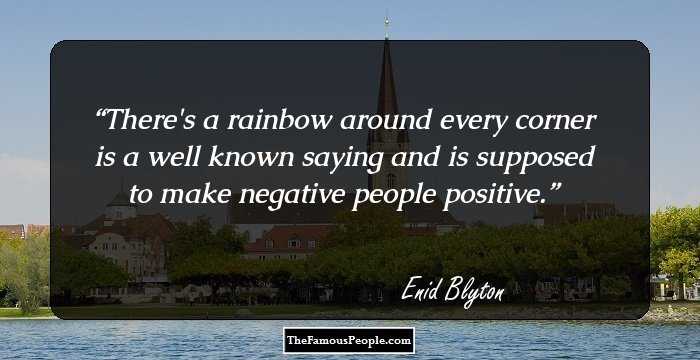 There's a rainbow around every corner is a well known saying and is supposed to make negative people positive. 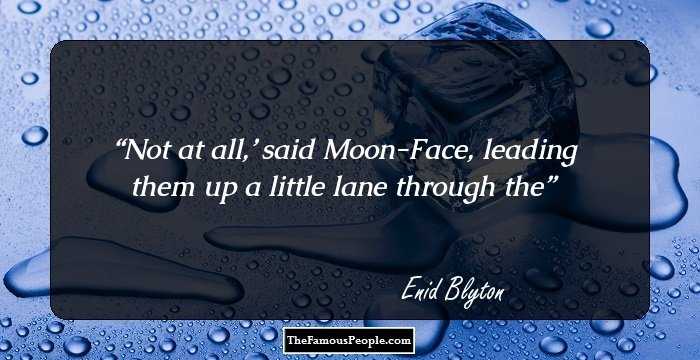 Not at all,â said Moon-Face, leading them up a little lane through the 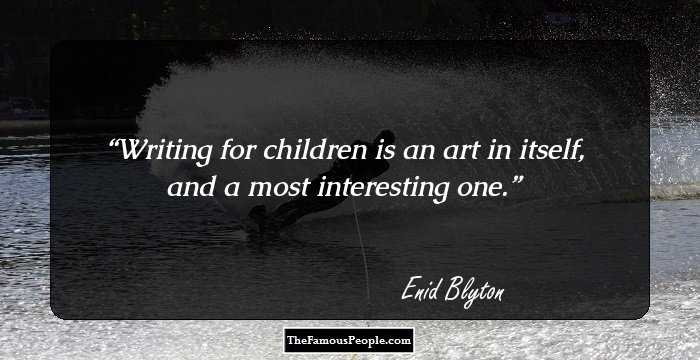 Writing for children is an art in itself, and a most interesting one. 26 Inspiring Cyril Connolly Quotes That You Will Love To Know