Famous As: Officer, Novelist, Writer, Science fiction writer
Born On: March 7, 1945
Born In: McAllen, Texas, United States
Age: 77 Years
Elizabeth Moon is a famous writer in science fiction and fantasy genre. She was inclined towards writing from an early age but considered it to be a sideline. She completed her bachelorâs degree and joined the âUnited States Marine Corpsâ as a computer specialist. She took up writing as a profession in her mid-thirties as a columnist for a weekly newspaper. She further went on to write on science fiction for a magazine called âAnalogâ. This was appreciated by the masses and this encouraged her to publish her debut novel titled âThe Sheepfarmer's Daughterâ which turned to be successful and she was honored with the âCompton Crook Awardâ for the same. This was followed by âPaksennarrion Seriesâ which is considered to be one of her most notable works. She further wrote many novels on military science fiction including her âNebula Award-winningâ novel titled âThe Speed of Darkâ. Apart from these awards, she has also been nominated for various other renowned awards including âHugo Award for Best Novelâ. Here is a collection of sayings and quotes by her which have been extracted from her writings, books, work and thoughts. Read on the compilation of quotes and thoughts by sci-fi writer Elizabeth Moon.
Listed In:
Writers 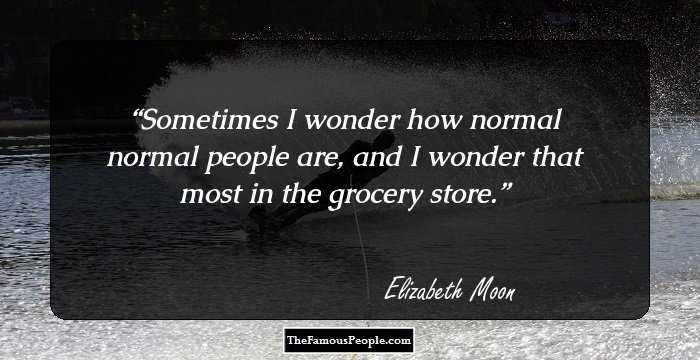 Sometimes I wonder how normal normal people are, and I wonder that most in the grocery store. 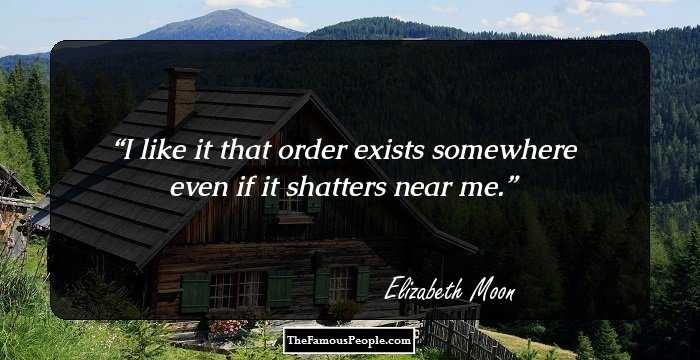 I like it that order exists somewhere even if it shatters near me. 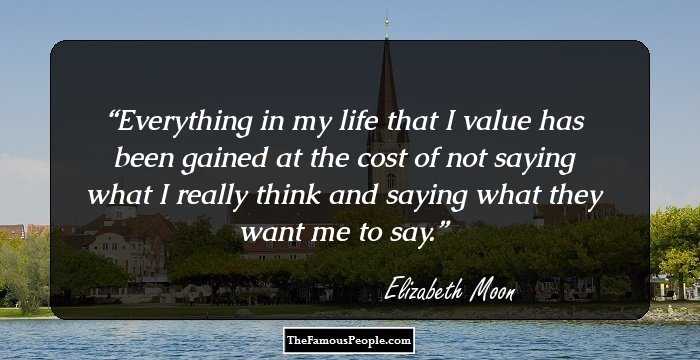 Everything in my life that I value has been gained at the cost of not saying what I really think and saying what they want me to say.

Life Me Think I
Elizabeth Moon 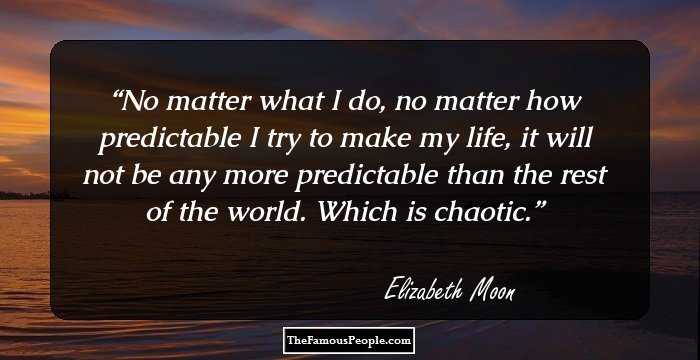 No matter what I do, no matter how predictable I try to make my life, it will not be any more predictable than the rest of the world. Which is chaotic.

Life Will I
Elizabeth Moon 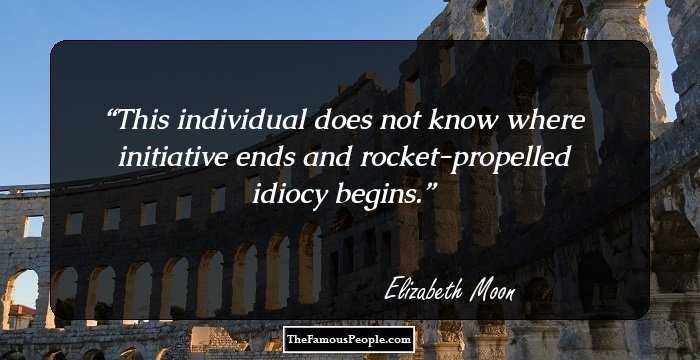 This individual does not know where initiative ends and rocket-propelled idiocy begins. 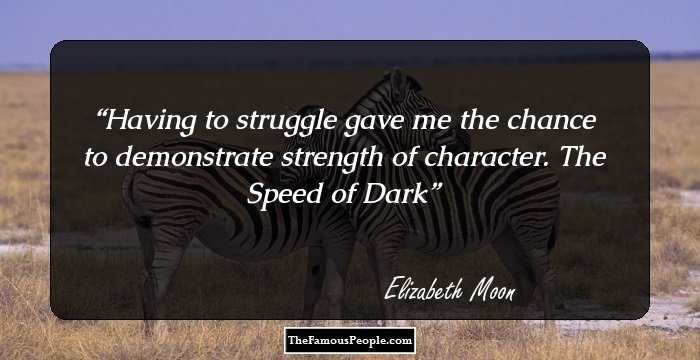 Having to struggle gave me the chance to demonstrate strength of character. The Speed of Dark 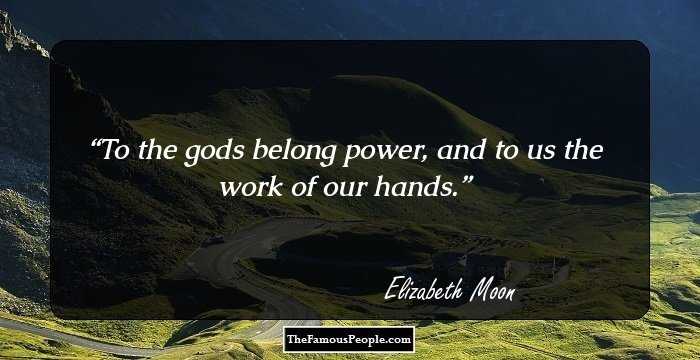 To the gods belong power, and to us the work of our hands. 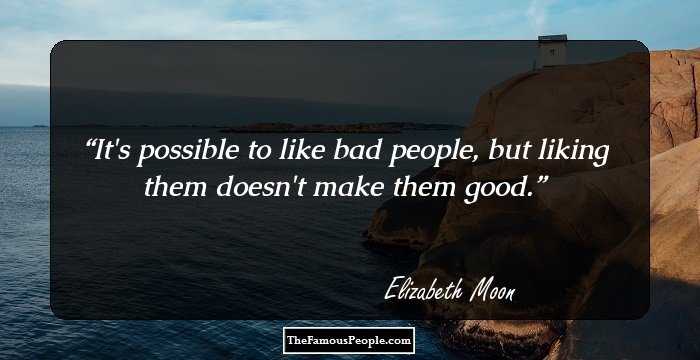 It's possible to like bad people, but liking them doesn't make them good. 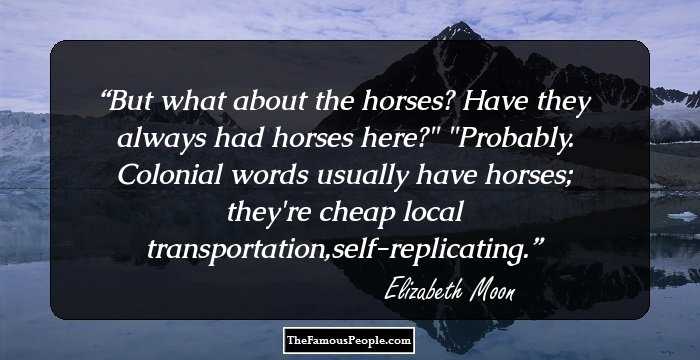 But what about the horses? Have they always had horses here?" "Probably. Colonial words usually have horses; they're cheap local transportation,self-replicating. 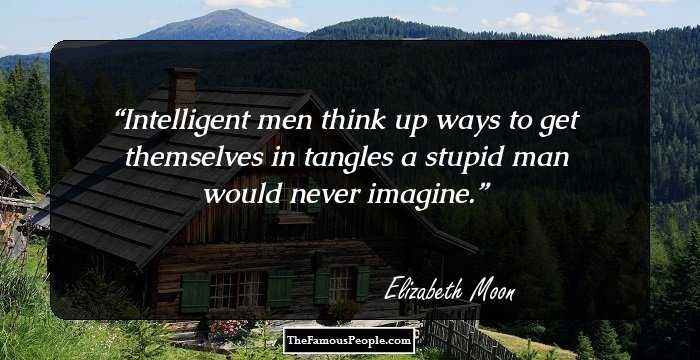 Intelligent men think up ways to get themselves in tangles a stupid man would never imagine. 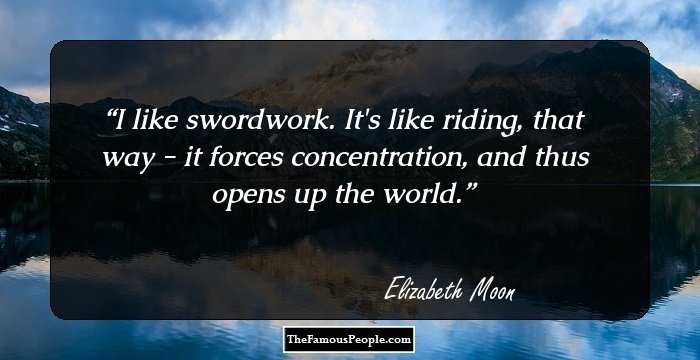 I like swordwork. It's like riding, that way - it forces concentration, and thus opens up the world. 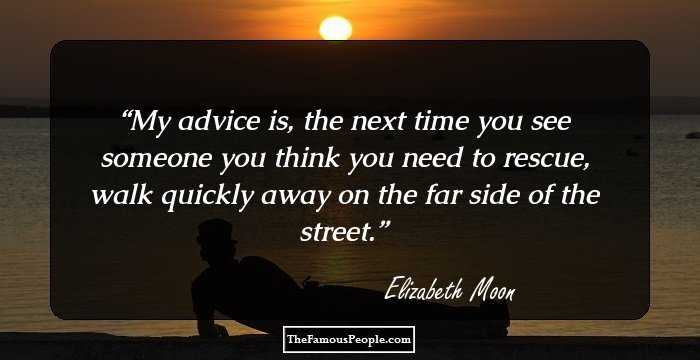 My advice is, the next time you see someone you think you need to rescue, walk quickly away on the far side of the street. 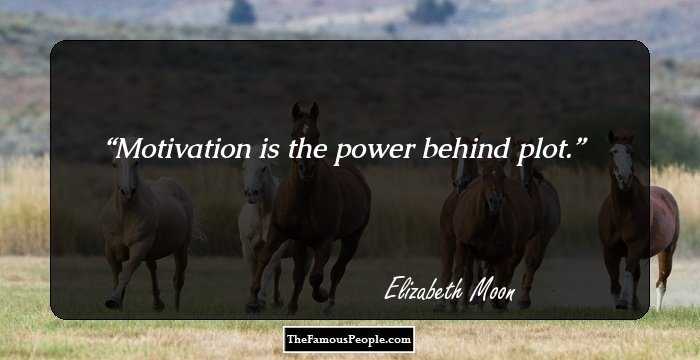 Motivation is the power behind plot. 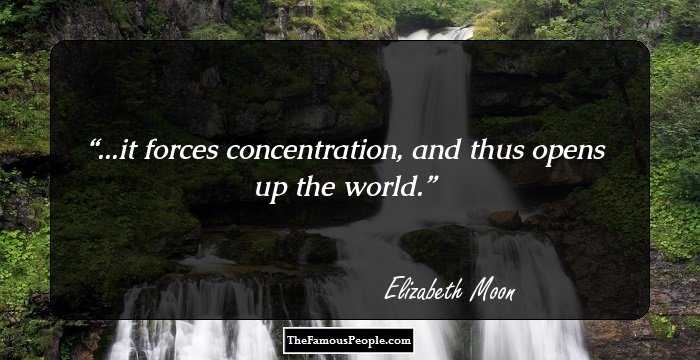 ...it forces concentration, and thus opens up the world. 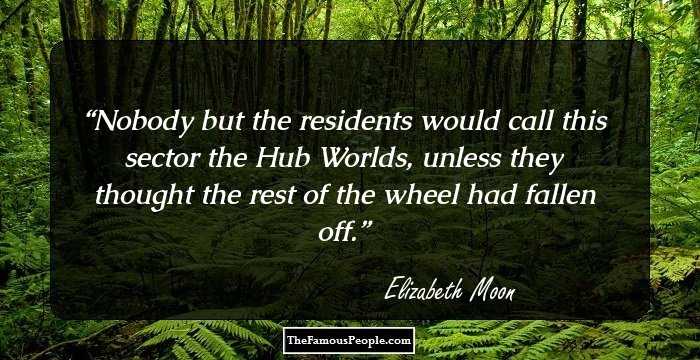 Nobody but the residents would call this sector the Hub Worlds, unless they thought the rest of the wheel had fallen off. 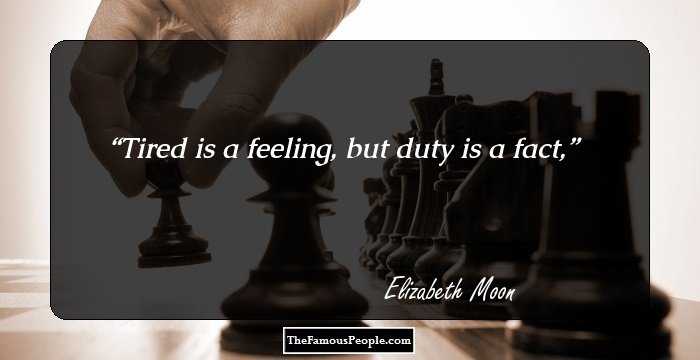 Tired is a feeling, but duty is a fact,