Famous As: Clairvoyant
Born On: March 18, 1877
Died On: January 3, 1945
Born In: Christian County, Kentucky, United States
Died At Age: 67
Edgar Cayce was an illustrious American Christian mystic. His thoughts, works, opinions, answers and viewpoints covered varied subjects including wars, future events, healing, reincarnation while he claimed to be in trance. One of the biographies gave him the byname âThe Sleeping Prophetâ. In order to study Cayceâs work and thoughts, âAssociation for Research and Enlightenmentâ a non-profit organization was founded. He is considered to be the foremost founder and primary genesis of the most attributed beliefs of the âNew Age Movementâ. We have created a corpus of some of the most famous, awakening, motivational and inspiring quotations and sayings by Edgar Cayce which have been excerpted from his readings, thoughts, work and life. Let us zoom through the quotes and thoughts by Edgar Cayce which holds a world of wisdom in them.
Listed In:
Quotes by Famous People 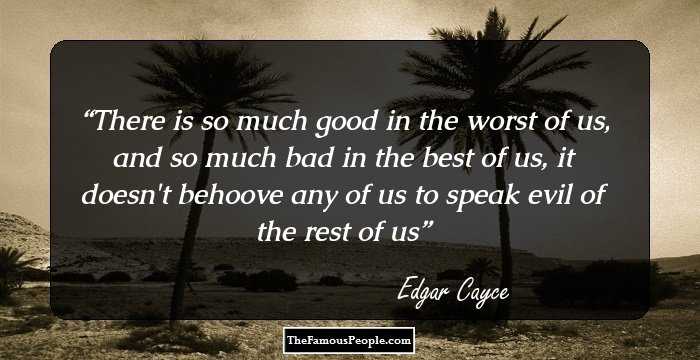 There is so much good in the worst of us, and so much bad in the best of us, it doesn't behoove any of us to speak evil of the rest of us 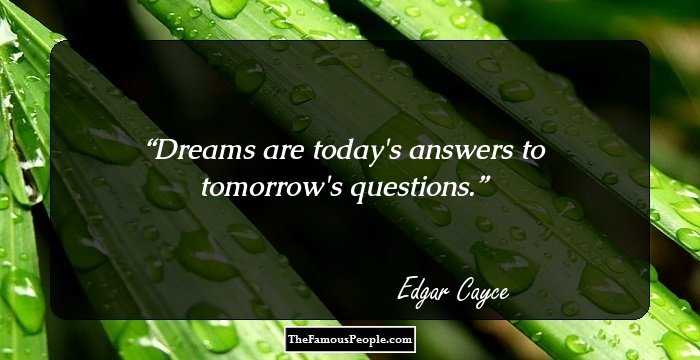 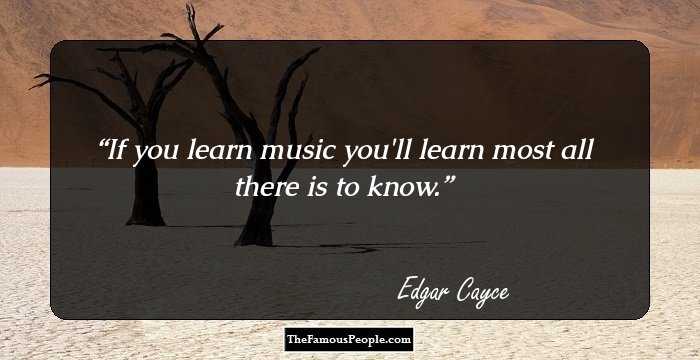 If you learn music you'll learn most all there is to know. 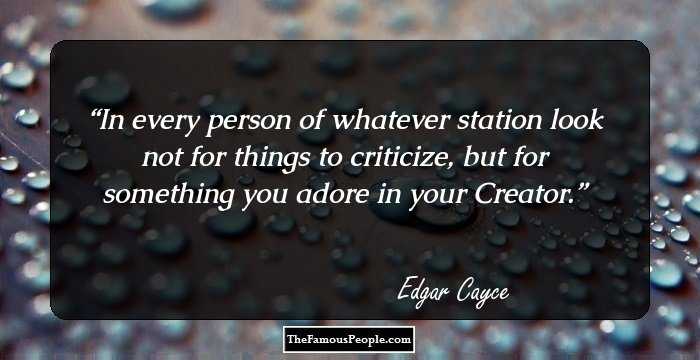 In every person of whatever station look not for things to criticize, but for something you adore in your Creator. 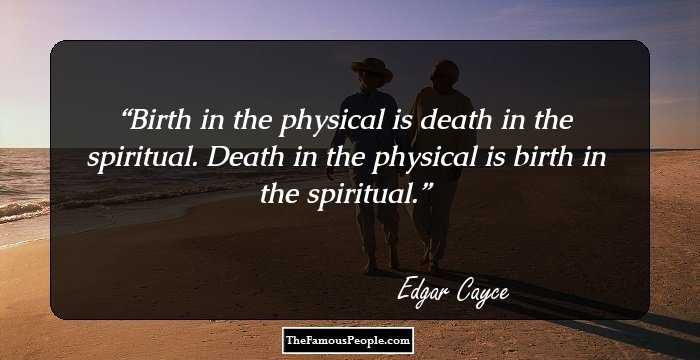 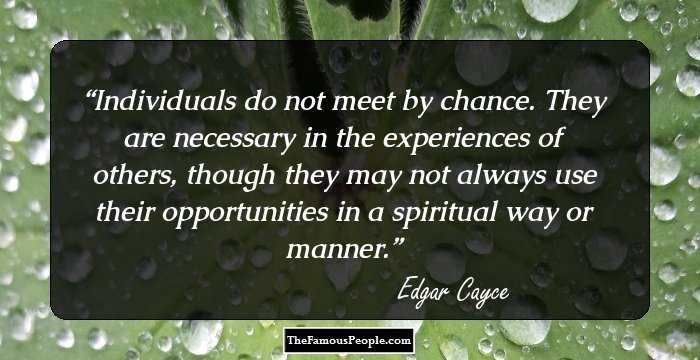 Individuals do not meet by chance. They are necessary in the experiences of others, though they may not always use their opportunities in a spiritual way or manner. 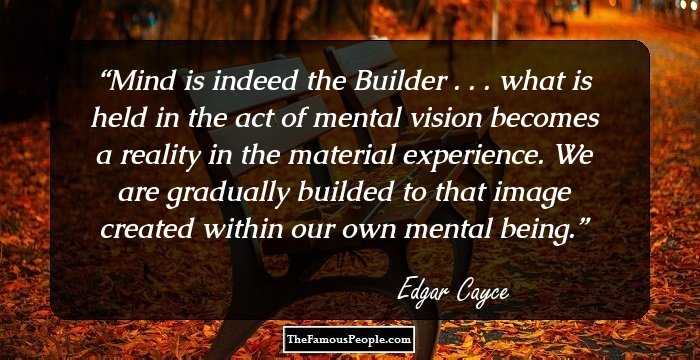 Mind is indeed the Builder . . . what is held in the act of mental vision becomes a reality in the material experience. We are gradually builded to that image created within our own mental being. 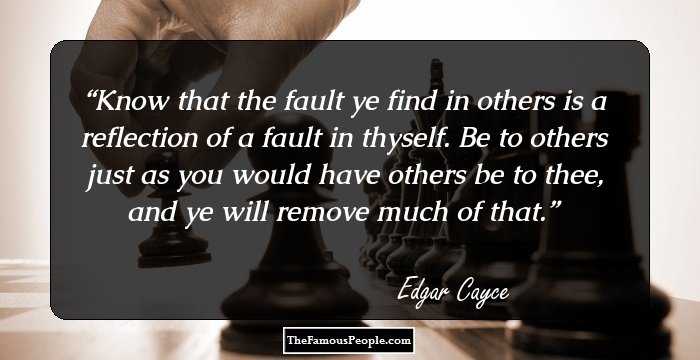 Know that the fault ye find in others is a reflection of a fault in thyself. Be to others just as you would have others be to thee, and ye will remove much of that.

You Will
Edgar Cayce 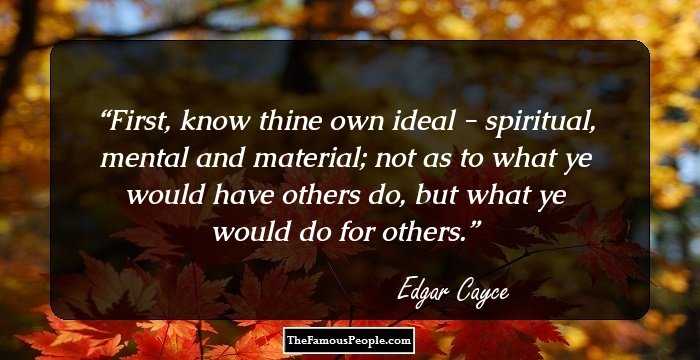 First, know thine own ideal - spiritual, mental and material; not as to what ye would have others do, but what ye would do for others. 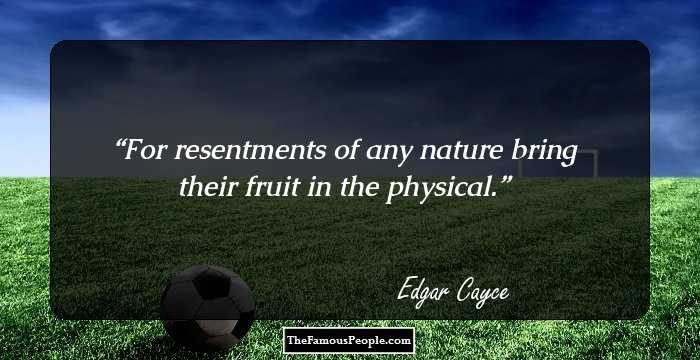 For resentments of any nature bring their fruit in the physical. 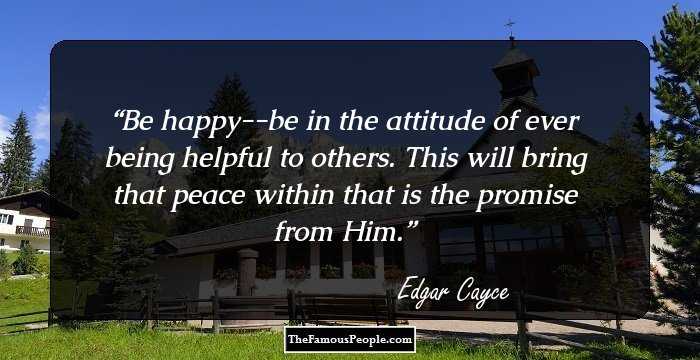 Be happy--be in the attitude of ever being helpful to others. This will bring that peace within that is the promise from Him. 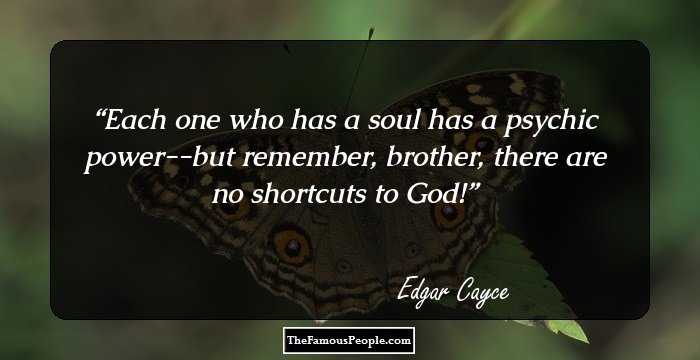 Each one who has a soul has a psychic power--but remember, brother, there are no shortcuts to God! 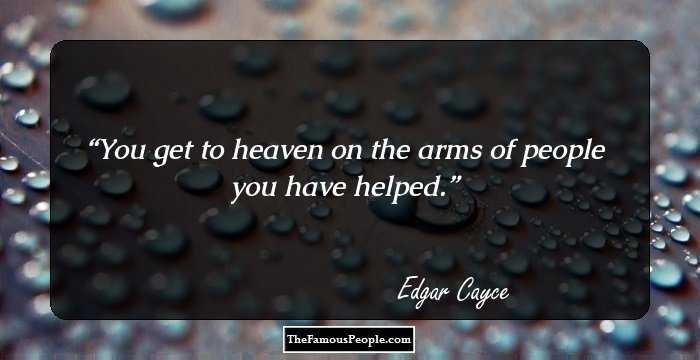 You get to heaven on the arms of people you have helped.