Douglas MacArthur was one of the only five men to ever rise to the rank of General in the US military. Subsequently, he represented the Philippine Army as a Field Marshall. He played a key role in the Pacific Theatre or the Asia-Pacific Wars during the World War II. He was felicitated with the prestigious French honors âLÃ©gion d'honneurâ and âCroix de guerreâ, âthe Order of the Crownâ of Italy, âthe Order of Orange-Nassauâ from the Netherlands, and âthe Order of the Rising Sun with Paulownia Flowers and Grand Cordonâ from Japan. In honor of this legendary soldier, The MacArthur Leadership Award at the Royal Military College of Canada is awarded to graduating officer cadet. Several public parks, streets and popular locations were named after MacArthur. Many Hollywood stars such as Liam Neeson, Tommy Lee Jones and Daniel von Bargen, have portrayed characters based on MacArthur in prominent talkies such as Operation Chromite, Truman and Collision Course: Truman vs. MacArthur. We have curated his thoughts, observations and quotes from his speeches, talks and life. Let us through some of the most powerful quotes from this legend. 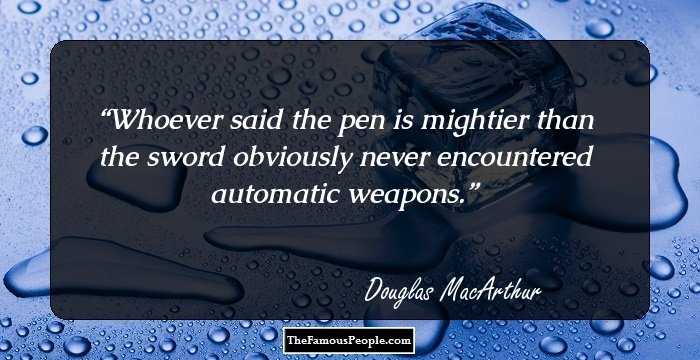 Whoever said the pen is mightier than the sword obviously never encountered automatic weapons. 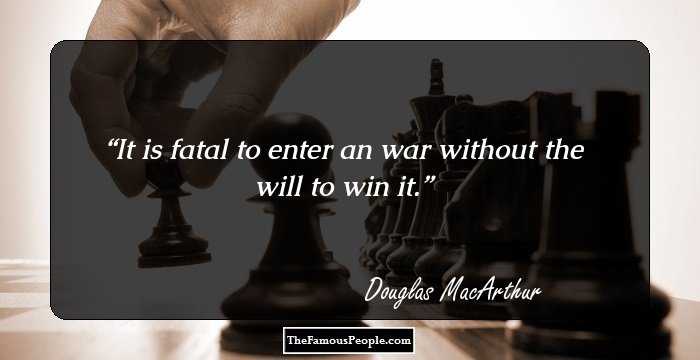 It is fatal to enter an war without the will to win it. 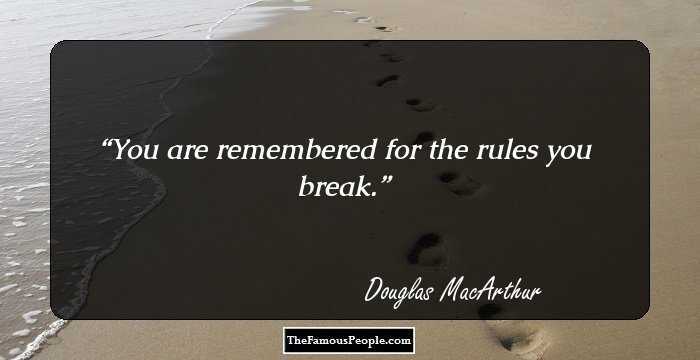 You are remembered for the rules you break. 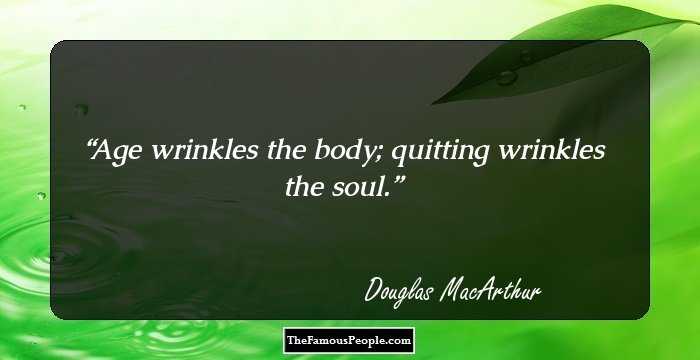 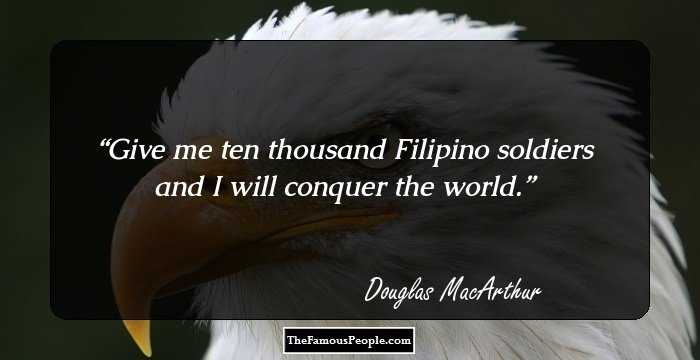 Give me ten thousand Filipino soldiers and I will conquer the world.

Me Will I
Douglas MacArthur 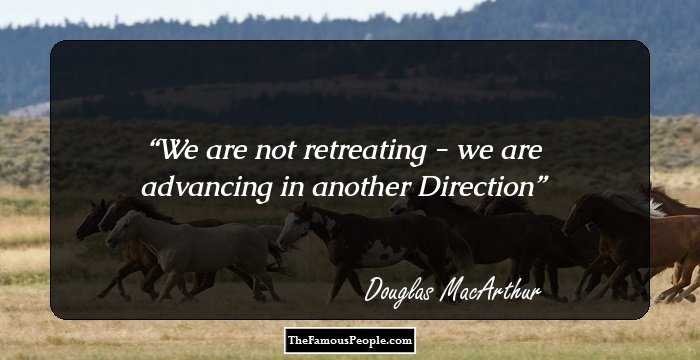 We are not retreating - we are advancing in another Direction 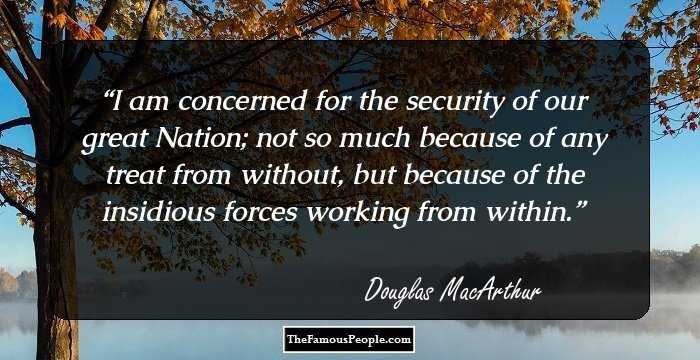 I am concerned for the security of our great Nation; not so much because of any treat from without, but because of the insidious forces working from within. 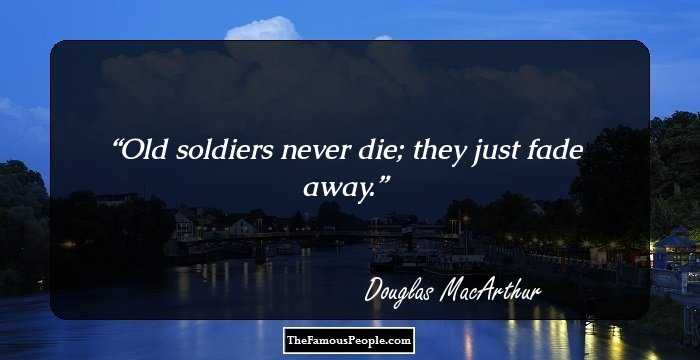 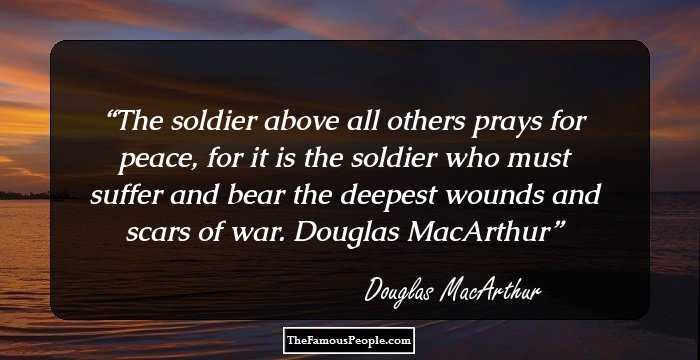 The soldier above all others prays for peace, for it is the soldier who must suffer and bear the deepest wounds and scars of war. Douglas MacArthur 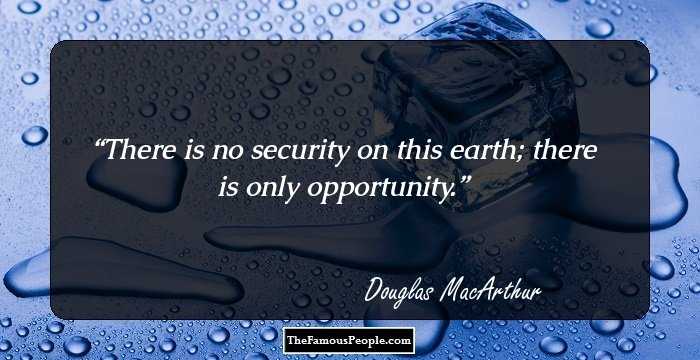 There is no security on this earth; there is only opportunity. 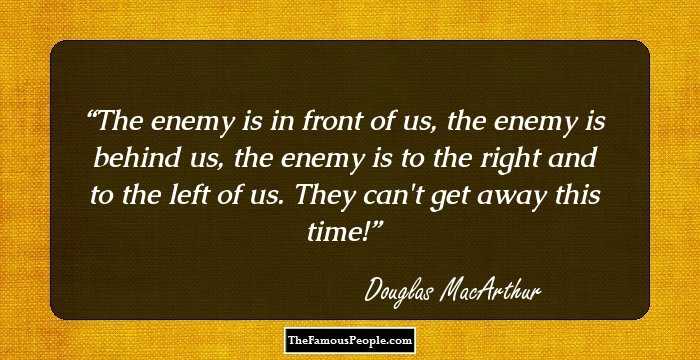 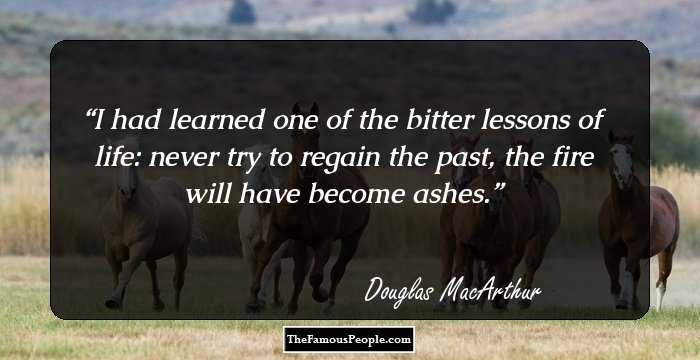 I had learned one of the bitter lessons of life: never try to regain the past, the fire will have become ashes.

Past Never Will I
Douglas MacArthur 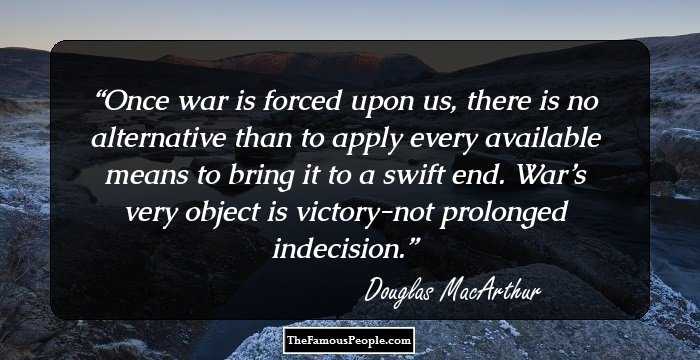 Once war is forced upon us, there is no alternative than to apply every available means to bring it to a swift end. War’s very object is victory-not prolonged indecision. 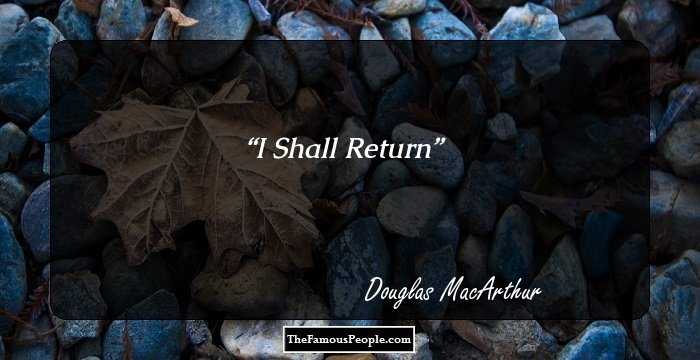 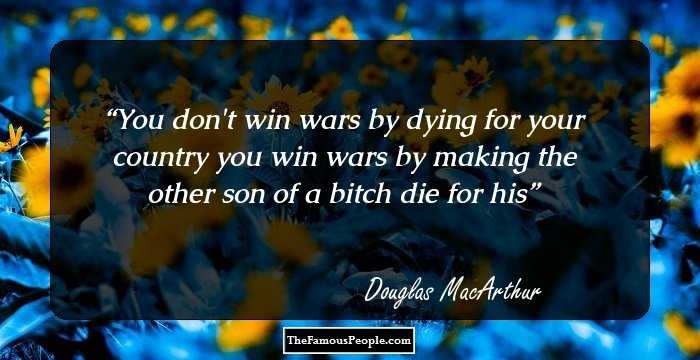 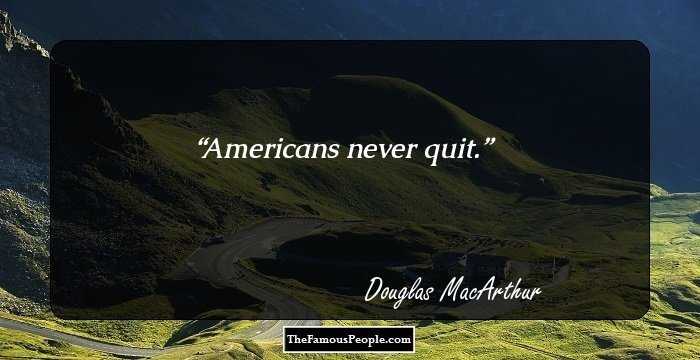 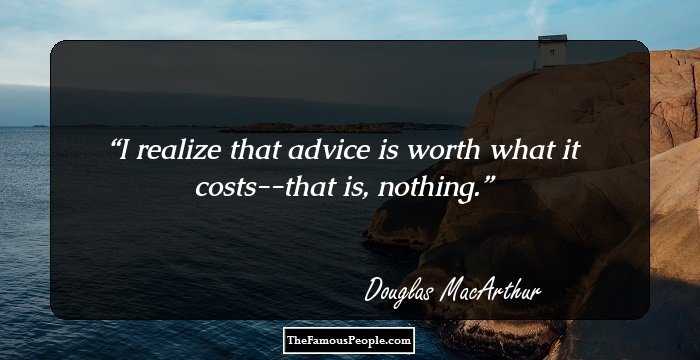 I realize that advice is worth what it costs--that is, nothing. 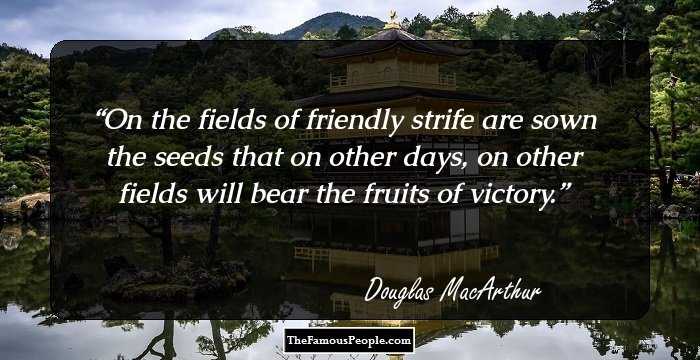 On the fields of friendly strife are sown the seeds that on other days, on other fields will bear the fruits of victory. 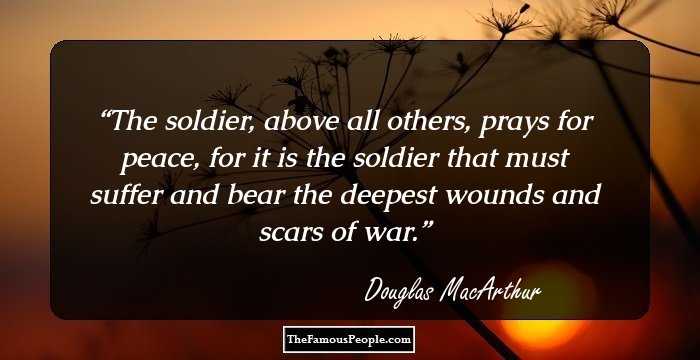 The soldier, above all others, prays for peace, for it is the soldier that must suffer and bear the deepest wounds and scars of war.