Famous As: Saint Lucian Poet, Playwright, and Winner of the 1992 Nobel Prize in Literature
Born On: January 23, 1930
Died On: March 17, 2017
Born In: Castries, Saint Lucia
Died At Age: 87
Sir Derek Alton Walcott was a Saint Lucian playwright, professor and poet. He is regarded as one of the finest literary figures of the Modern era and has been bestowed with some of the biggest literary awards for his excellence. Walcott had been interested in writing poetry from an early age but he was more inclined towards painting and had even trained under Harold Simmons. However, he soon became a keen poet, who idolised Ezra Pound and T. S. Elliot, and by the time he was only 14, his first poem titled âMiltonicâ was published. He attended the University College of the West Indies in Jamaica and following his degree, he started working as a teacher and journalist in Trinidad. He rose to prominence with his play âDream on Monkey Mountainâ, which was turned into a show on the U.S television in 1970 and he went from strength to strength thereafter. His most famous work is âOmerosâ, an epic poem published in 1990 that draws heavily from the Iliad and is regarded as his greatest work. He won âThe Nobel Prize in Literatureâ in 1992 and was also awarded the âT. S Elliot Prizeâ, for his work as a literary giant. Here are some of Walcottâs most well-known quotations and thoughts which have been excerpted from the vast sea of his writings and work. Read on the compilation of memorable quotes and thoughts by Derek Walcott.
Listed In:
Writers
Poets 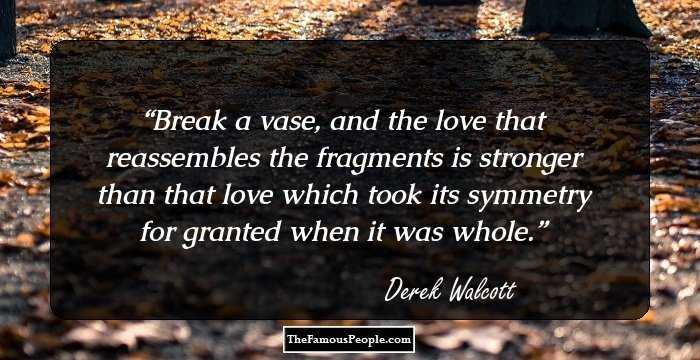 Break a vase, and the love that reassembles the fragments is stronger than that love which took its symmetry for granted when it was whole. 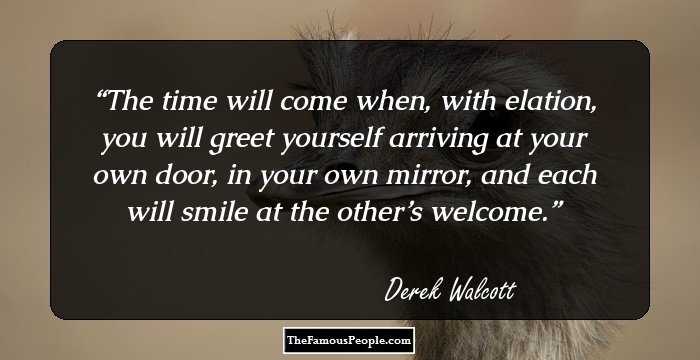 The time will come when, with elation, you will greet yourself arriving at your own door, in your own mirror, and each will smile at the other’s welcome.

Time Yourself Will
Derek Walcott 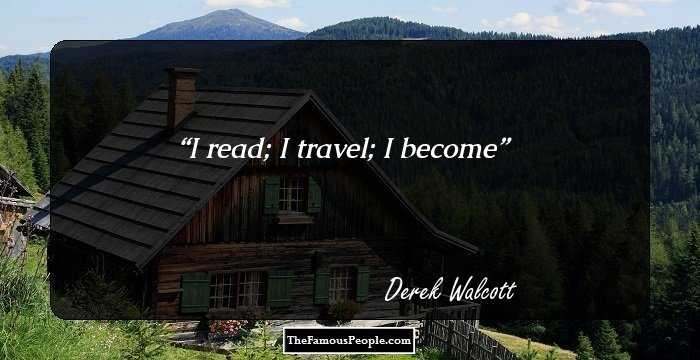 I read; I travel; I become 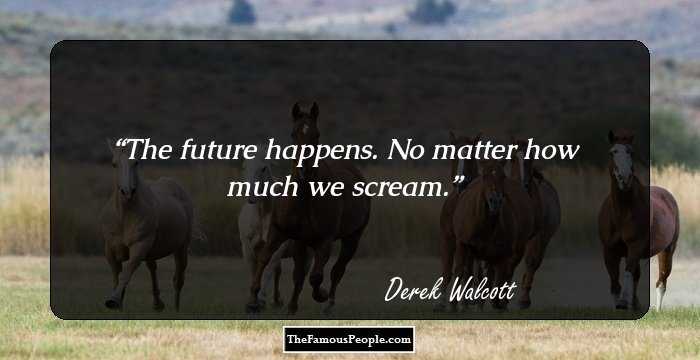 The future happens. No matter how much we scream. 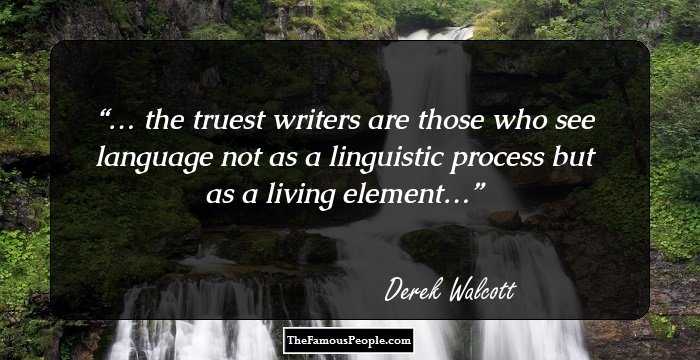 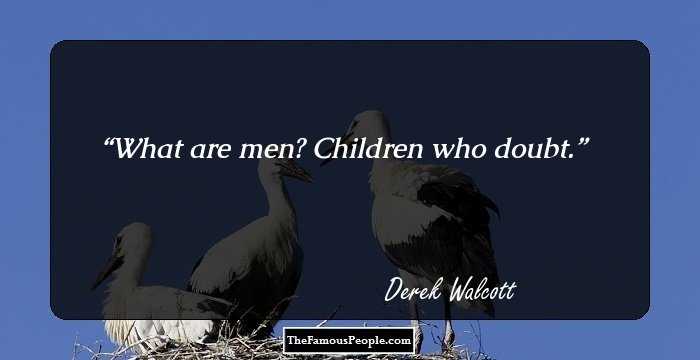 What are men? Children who doubt. 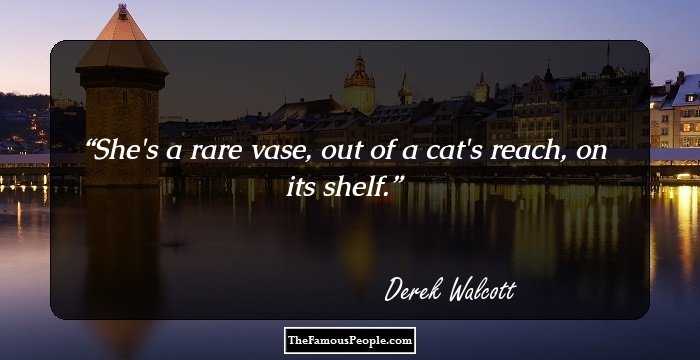 She's a rare vase, out of a cat's reach, on its shelf. 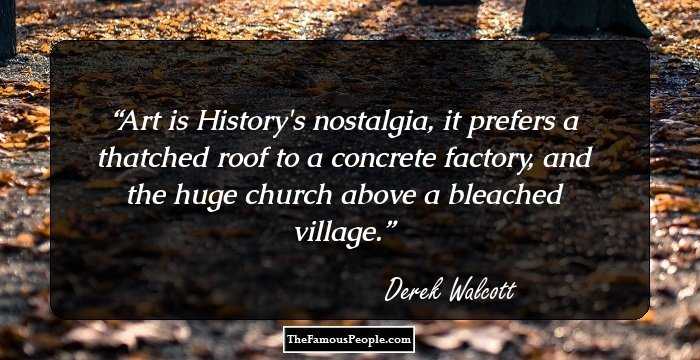 Art is History's nostalgia, it prefers a thatched roof to a concrete factory, and the huge church above a bleached village. 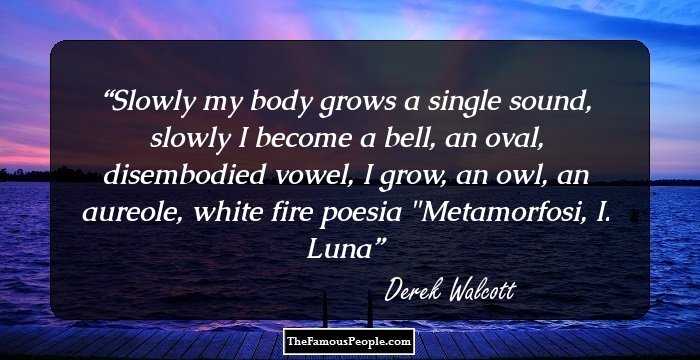 Slowly my body grows a single sound, slowly I become a bell, an oval, disembodied vowel, I grow, an owl, an aureole, white fire poesia "Metamorfosi, I. Luna 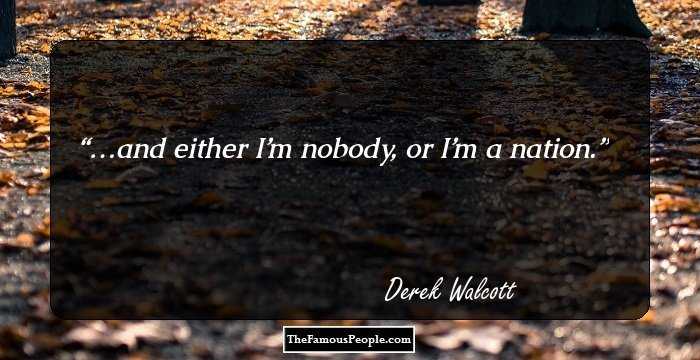 …and either I’m nobody, or I’m a nation. 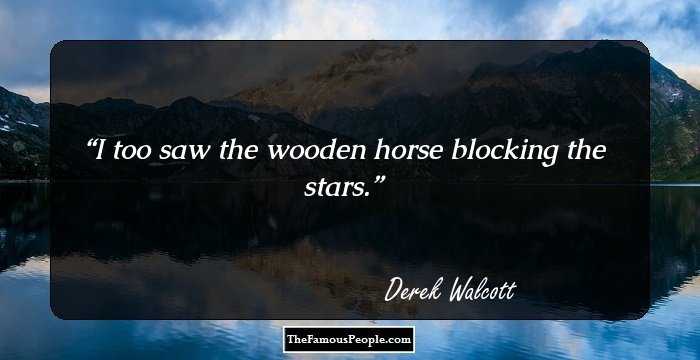 I too saw the wooden horse blocking the stars. 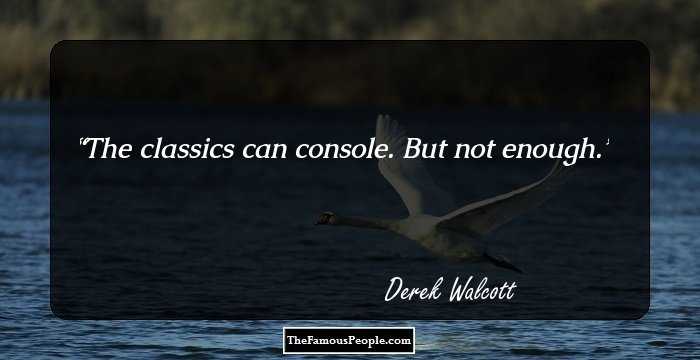 The classics can console. But not enough. 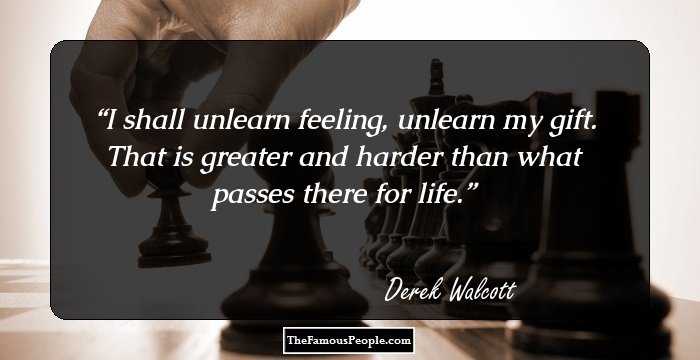 I shall unlearn feeling, unlearn my gift. That is greater and harder than what passes there for life. 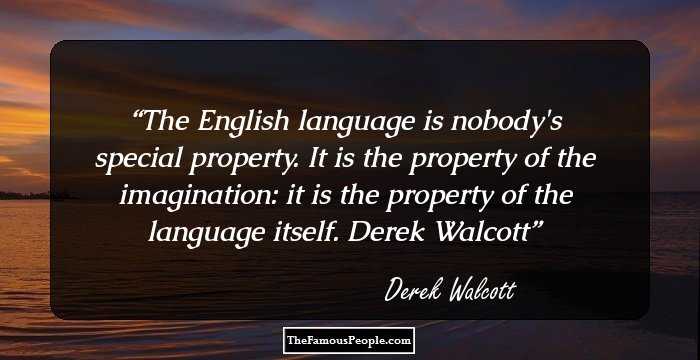 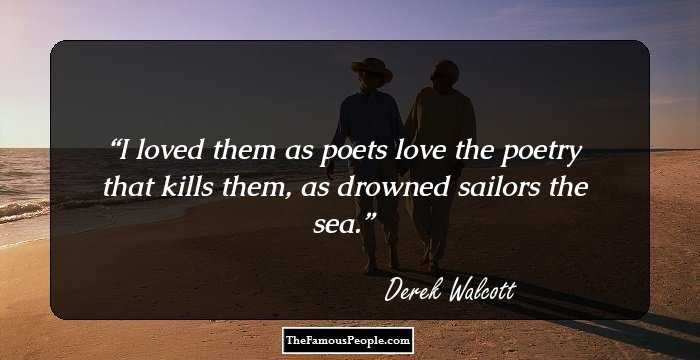 I loved them as poets love the poetry that kills them, as drowned sailors the sea.